The Advantages of Playing Games at a Standing Desk 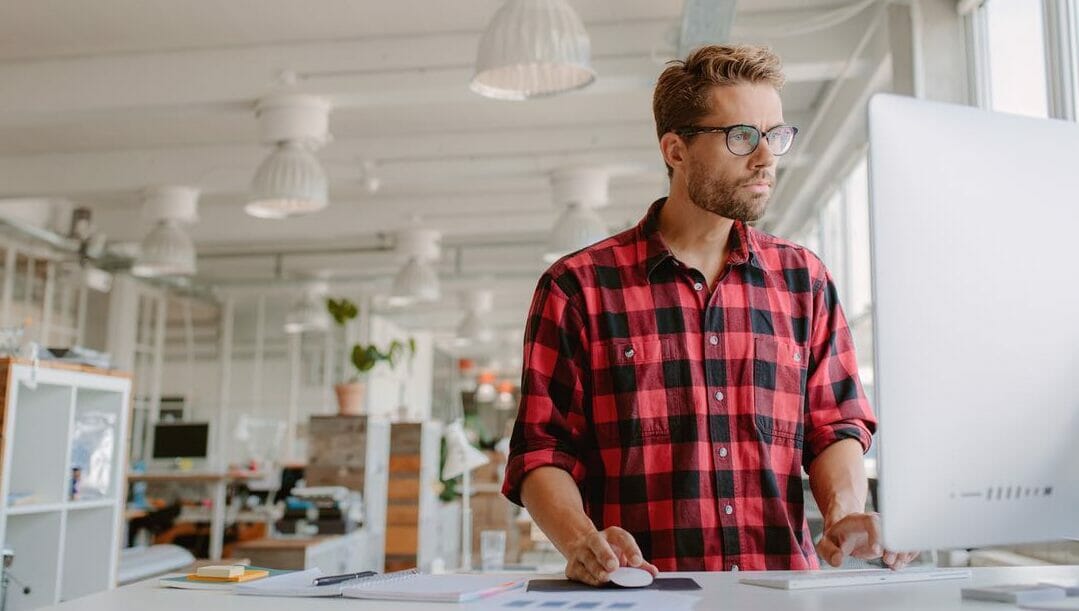 The human body is designed to stand upright – our cardiovascular system, digestive system and muscles work most effectively that way. But many of us are living a sedentary lifestyle that comes with a number of health risks, including weight gain and impaired digestion, depression and anxiety, muscle stiffness and deterioration, and many more. Sitting for long hours, a major part of this sedentary lifestyle, has even been called “the new smoking” in terms of the health risks it poses.

People who work at a desk, whether it be those in business, creative freelancers or students, are all at risk of the dangers associated with sitting for hours each day. Yet while the sedentary way of working has long been associated with nine-to-five jobs, gamers (whether recreational or professional) are another growing group of people who can spend hours at a time sitting in front of a desk or screen.

Whether you’re immersed in a big project or just enjoying some online casino games, good posture, proper breathing and a little light activity is essential to your focus, energy levels and overall well-being. The good news is that standing desks offer all of the above while letting you get on with what you want to do on screen. As such, people are becoming more interested in how stand-up desks may benefit them.

And let’s be honest, if you’re playing online poker, the last thing you want to be worrying about when planning your action is a pain in your back or stiffness in your legs. But what are the advantages of stand-up desks? Let’s take a look.

Whether you’re a few hours into an online poker tournament or in the middle of an intense game of League of Legends, you’re going to need to maintain an exceptional degree of focus to come out on top. Many people rely on energy drinks, caffeine and sugary snacks to temporarily boost their concentration, but these substances have negative effects in the long run. They also require that you keep consuming them to avoid crashing, which may lead to the development of unhealthy habits and potential health problems.

Enter the standing desk. Various studies have shown that those who stand rather than sit are more attentive and engaged in the task at hand. The body’s metabolism is known to become sluggish during extended periods of sitting, which slows brain functioning and compromises your productivity and clarity. Standing, on the other hand, increases mental awareness and negates any of the discomfort associated with sitting that may distract you from your gameplay.

How does this work? Simply put, standing requires more effort than sitting. It’s more physically demanding on your body and brain. While this may sound negative, research has shown that there are different types of stress, and a very mild dose of stress can actually boost your alertness and improve cognitive performance. While too much stress can obviously be overwhelming and thus hinder performance, not enough can result in complacency. Introducing a very mild form of stress, such as standing, sharpens our attention and is thus a great way to improve performance on games that require focus, strategizing and quick reactions.

Tip: Like all new things, standing while playing may feel slightly uncomfortable at first, perhaps throwing you off your game slightly. As such, it would be best to start off with games that aren’t too demanding, like online slots, before moving onto games that require more dexterity and faster reaction times when you are comfortable with your new setup. 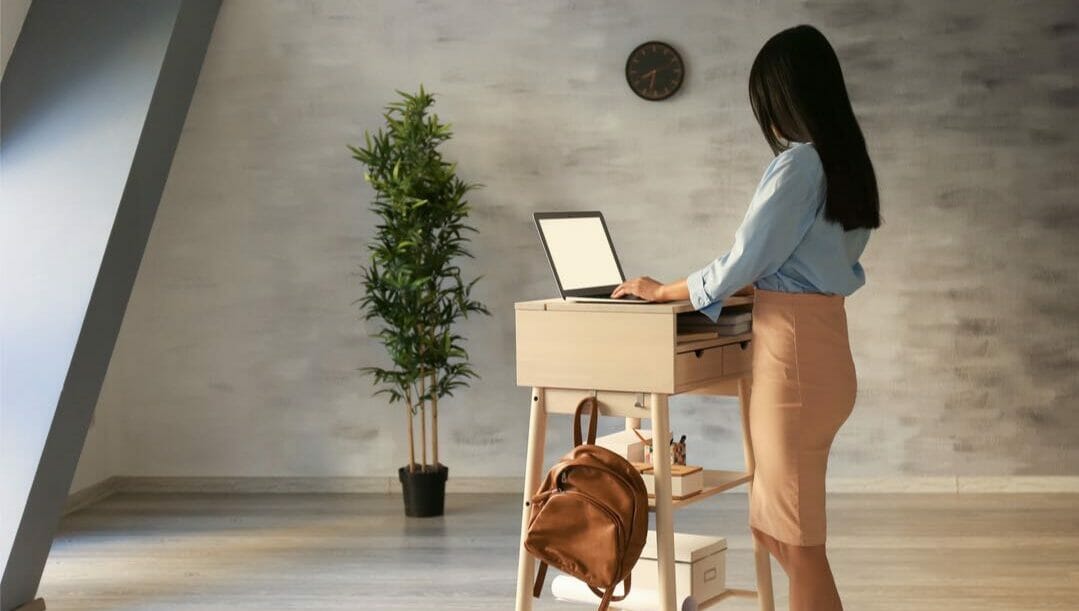 For many, sitting can equate to nearly half their day or even longer – from eating at a table and commuting to working at a desk, and watching TV and playing games from the sofa. Moving to a standing workstation can drastically decrease the amount of time you spend in the seated position, helping you to avoid the health issues that come along with the latter. If you were to stand when playing your favorite casino table games online, you could slash the time you spend sitting by a few hours each day or week (or however often you play,) and burn a few extra calories while you’re at it, too.

Dallas-based health expert Carla Sottovia shares that sitting in a hunched-over position most of the day can worsen lower back pain by up to 285%, while standing can drastically alleviate lower back pain by removing undue pressure. Standing also boosts the metabolism, stimulates blood circulation (it helps if you wiggle your toes every now and then!) and releases tension in the neck, shoulders and back by encouraging you to improve your posture.

So while you focus on your character’s XP (that’s their “experience point,” which represents the character’s level of life experience and progression through the game, for those of you who are new to gaming,) make sure you’re seeing to your own health, too!

If you’ve ever started gaming at 7pm then looked at the time during an intense session only to see that it’s suddenly 3am, then you know the struggle is real! When you’re engaged in a game you enjoy, hours can go by without you even realizing it. Not only is this unhealthy behavior, but it can also actually detract from the rest of your life, making your sleep, work and social life suffer.

Standing desks make time management much easier, simply because of the fact that you’re going to notice if you’ve been on your feet for too long. Better time management allows you to get around to doing all the things that are important to you, and thus live a more balanced, holistic lifestyle. Rather than spend hours spinning the reels or wasting time on pointless quests, you’ll be able to play your game of choice and enjoy the experience (being fully focused and feeling good,) and then move on to another aspect of your day. 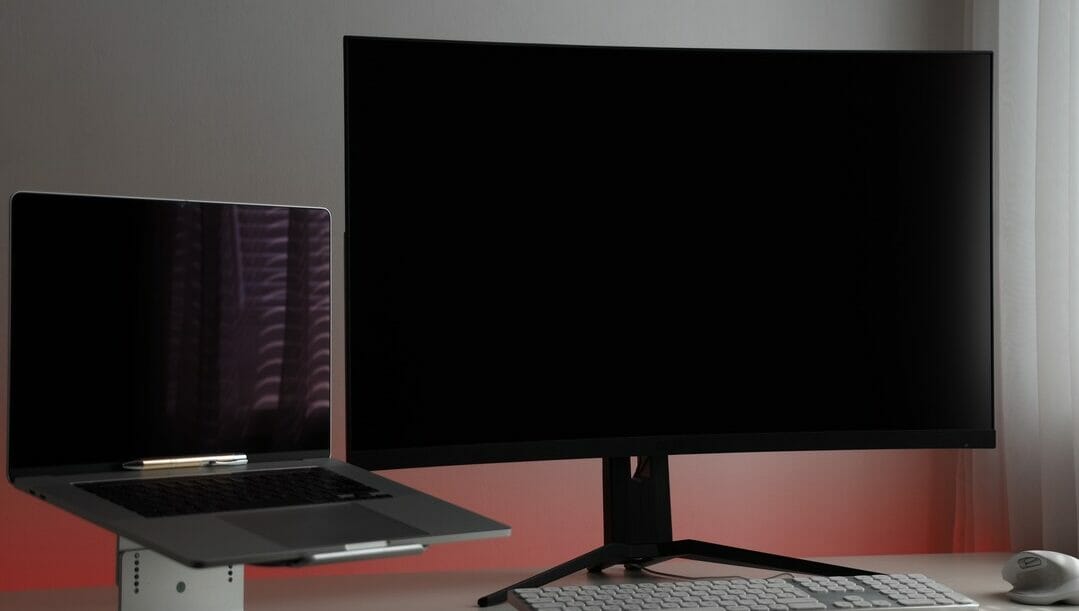 As mentioned, long hours sitting in front of a computer screen can put incredible strain on your spine, leading to lazy posture, tension, headaches and impaired motor function. When set up correctly, standing workstations offer superior ergonomics, limiting the negative effects of working or playing at a desk.

A height-adjustable desk allows you to move from a seated to a standing position as you see fit (you might want to adjust every few hours,) while finding the right height for your body, and the correct angles for your head and arms. Other factors to consider in your ergonomic setup include having a healthy distance between you and your screen to ensure your eyes are comfortable, as well as the correct tilt on your screen so that your head is facing directly forward – with a long spine through the neck region – and your view is at eye level.

Your keyboard should also be positioned so that your arms are either at a 90-degree angle or slightly more so that your trapezius (the large, trapezium-shaped muscle group at the top of your back that sits in between your shoulder blades) and shoulder muscles aren’t strained. Finally, you might find a wireless headset is easier and more convenient when using a standing desk because you’ll be able to move around more freely.

Play casino games – from any position, anywhere – at BetMGM

Inspired to improve your gaming experience by trying out a standing desk? Whatever your setup, BetMGM has a huge variety of online casino games for you to experience when you register to play at our online casino. As well as slots, Slingo and table and card games galore, we also have a growing number of live dealer titles for you to discover!