Best Superhero Series Worth Binging On While many superheroes have made the leap from comic books to all kinds of media over the decades, it’s really the super successful live-action X-Men movie, released in 2000, that elevated the superhero genre into the mainstream. But the medium where superheroes do best nowadays isn’t just on the big screen but in a serialized format on streaming services such as Netflix, Hulu, Amazon Prime, Disney+ and HBO Max.

The reason for the success of streaming superhero series isn’t hard to find. In a word: escapism (and the fact that we love superheroes so much.) It’s highly entertaining to watch larger-than-life individuals with superpowers dealing with larger-than-life problems – such as depraved villains and hyper-intelligent aliens – while facing their own personal demons as well.

Here’s our subjective selection of superhero series (in no particular order) that you can binge on various streaming services.

Where to watch? Disney+

Marvel Studios’ Loki sees the unpredictable God of Mischief get his moment in the spotlight. The series debuted in June 2021 and it’s already turning out to be one of the best served up by the MCU (Marvel Cinematic Universe) to date.

The action kicks off just after Avengers: Endgame. Loki has just escaped from the ruins of New York to a desert in the back of beyond when the guards from the Time Variance Authority show up. Before he has a chance to breathe a moment of freedom, they capture him and cancel out his magic. Now he has to go on a mission to catch the alternate Loki, who stole the Tesseract and broke reality.

Loki has everything it takes to keep you hooked. The character banter is rich, the humor is dark and gritty and as for the stakes – let’s just say that Loki turns all the events from Avengers: Endgame completely inside out. As for Loki himself, his quick wit, tricks and gimmicks have only gotten better. Tom Hiddleston, Owen Wilson and Gugu Mbatha-Raw are in top form as Loki, Mobius and Ravonna Renslayer.

To get yourself in the mood, you can connect with Loki’s world in Asgardian Stones, one of the best online slots this year. Don’t give this one a miss! 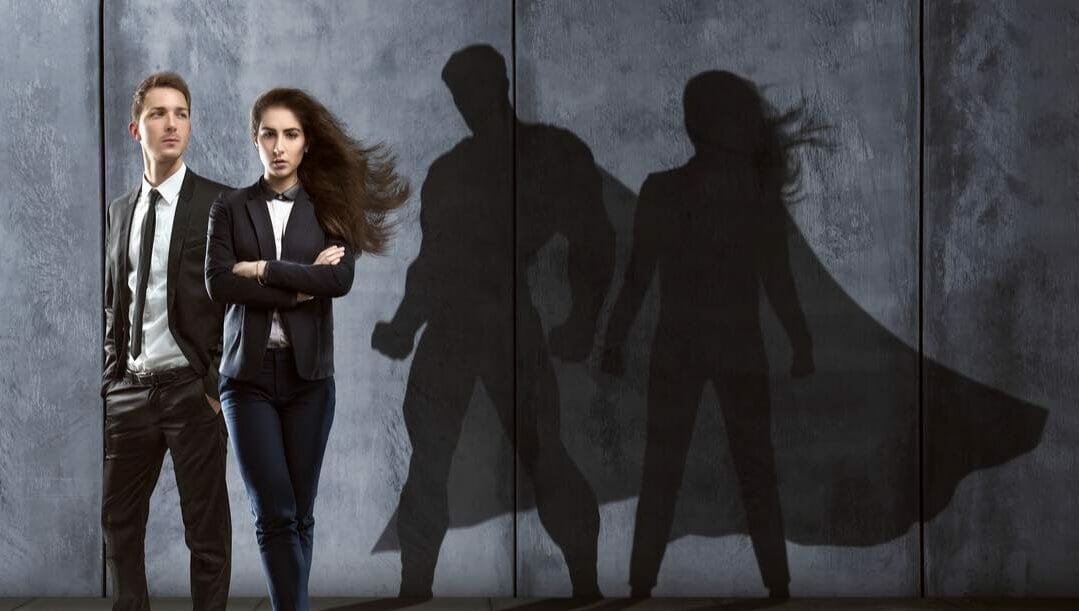 Where to watch? Netflix

Kara Danvers has a secret: Her name is really Kara Zor-El, and she’s a refugee from Krypton. For 12 years, she’s hidden her superhuman abilities. Meanwhile, her cousin Kal-El – otherwise known as Clark Kent, also known as Superman – has used his superpowers to fight the forces of evil. But Kara’s reached the point where she can hold back no more. She decides to embrace her superpowers and be who she was always meant to be: The hero, Supergirl.

Set in the CW Arrowverse, a superhero media franchise and shared universe based on DC Comics superheroes, Supergirl is more than your average superhero drama. Sure, it has all the standard superhero fluff (secret identities, billionaire villains, bulletproof skin,) but it also takes on a number of social justice issues. Feminism, xenophobia, transgender rights – Supergirl has strong views on issues like these, and she’s not afraid to speak up.

An added bonus of Supergirl is that the stakes get higher with each season, so you’re always on the edge of your seat. Making sure you stay there are intriguing villains, not least Veronica Sinclair, who goes by the name of Roulette. Her casino, known as The House, offers more than casino table games. The best games to play at her casino are gladiatorial fights between captured superheroes, while the audience of DC villains bets on the outcome.

Where to watch? HBO Max

Harley Quinn is one of DC Comics’ most popular characters, in the same league as Batman, Superman and Wonder Woman, so it was only a matter of time before she got her own series. And what a series it is!

Harley Quinn is an HBO Max animated series that follows Harley’s adventures after she realizes that the Joker doesn’t love her. So she breaks up with him and strikes out on her own. Her mission is to prove to the Legion of Doom that she’s a competent villain worthy of a place at their table. To achieve this goal, she recruits her own crew of Poison Ivy, Clayface, Doctor Psycho, King Shark and Sy Borgman. All the while, though, she has problems with the Joker, who can’t stand the idea that Harley could be a strong, independent female supervillain.

Harley Quinn is a real roller-coaster ride where everything is topsy-turvy in the craziest way. The Joker’s Iceberg Lounge is where villains go, not to play real money casino games but to plot the most gruesome crimes, while Harley Quinn checks in and out of Arkham Asylum like it’s a home away from home. The pace is as fast as the best online casino slots, but the stakes are madness and sanity, love and hatred, life and death. Too high for some! If you’d rather set your own, why not relax with your favorite casino table games in a live casino online – and be thankful that you’re not Harley Quinn!

Where to watch? HBO Max

Watchmen plays out over nine episodes set in a fictional Tulsa, Oklahoma, 34 years after the story related in the original graphic novel by Alan Moore. Masked vigilantes have been outlawed because of their violent methods, but that’s about to change. The series begins three years after a terrible event called the White Night when white supremacists carried out a coordinated attack on police and their families. Police officers now have to protect their identities by wearing masks. The Seventh Kavalry, as the shadowy group behind the attack is known, disguise themselves in black-and-white “Rorschach” masks.

Against this background, detective Angela Abar (played by Regina King) and Tulsa Police Chief Judd Crawford (played by Don Johnson) are trying to get to the bottom of a brutal police shooting. They begin to suspect that the Seventh Kavalry is about to stage a comeback. Meanwhile, Laurie Blake comes to town. Played by Jean Smart, she’s an FBI agent with an icy manner and a colorful vigilante history, on a mission to unravel another ghastly murder.

Pretty soon, things start getting crazy, and the authorities realize that it’s time to reactivate The Watchmen Program to stop the Seventh Kavalry before it’s too late. Dr. Manhattan, Hooded Justice, Ozymandias and other vigilantes return to battle with the villains. Once again, the question arises: Who watches the Watchmen?

Watchmen is a colossal series that you can binge in one go. It has style, action, humor and a killer soundtrack, plus a host of extreme yet relatable characters who aren’t always clear about where good ends and evil begins. Even if the second season is stuck in production limbo, we still recommend watching the first season of this incredible show! 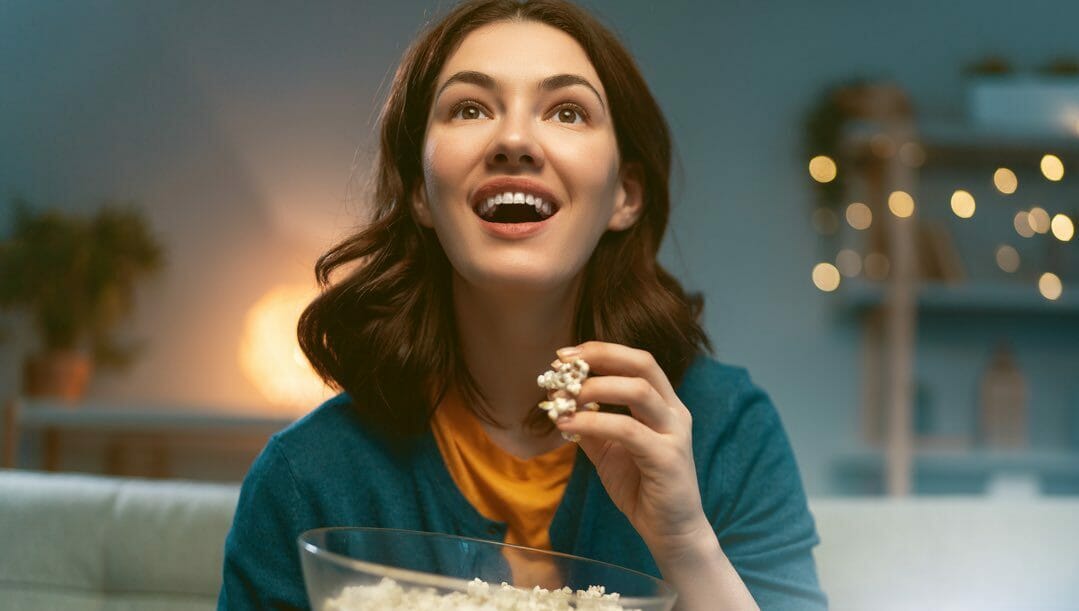 Where to watch? Amazon Prime Video

While you may be gambling when you play at a casino online, you won’t be gambling when you sit down to watch Invincible. This superhero may not be as famous as some of the others on this list, but the comic made quite an impact over the years. The completed Invincible comic book ran from 2003 to 2018 across 144 issues. Written by Robert Kirkman, the comic is about Mark Grayson, the son of the world’s most powerful superhero. The story begins with Grayson struggling with the legacy he has to live up to, particularly since his powers have yet to manifest.

However, it’s not long before he starts to get a glimpse into his power and it’s not a moment too soon. Many new threats are appearing and while some of them are from other worlds, some dangers may be closer to home than he realizes.

In 2021, the first season of the animated TV series was released on Amazon Prime Video, with audiences and critics alike enjoying it for its realistic take on the superhero genre. Note that this show doesn’t pull any punches when it comes to violence.

There are undoubtedly many other great superhero series that are worth your time but didn’t quite make it onto our top five list. Here’s a brief look at some of the shows that you may also want to check out:

If you’re looking for online casino content that you can really sink your teeth into, sign up with us here at BetMGM. Our broad range of online slots is as immersive as any streaming series, while our casino table games are the ideal combination of entertainment and suspense. Play digital casino games online or enjoy the social experience of live dealer casino games in our live casino online. And thanks to the incredible impact that smartphones had on the gambling industry, we made sure our platform is mobile-friendly so you can connect anywhere you go. Have fun and play responsibly.