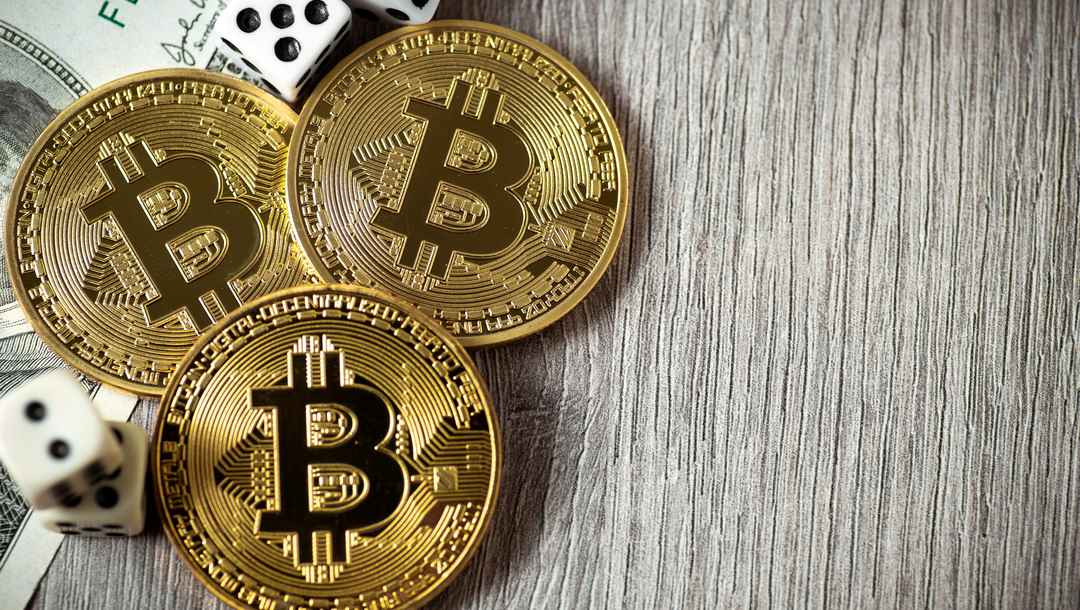 Regardless of what you think about crypto (or cryptocurrency, to give it its full name), it’s undoubtedly made a mark on society. Some casinos have adopted it as a way for people to make secure deposits so they can play online casino games. Here, we unpack what this financial technology is, and what role it has in the future of online casino gaming.

“…digital or virtual currency that is secured by cryptography, which makes it nearly impossible to counterfeit or double-spend. Many cryptocurrencies are decentralized networks based on blockchain technology – a distributed ledger enforced by a disparate network of computers. A defining feature of cryptocurrencies is that they are generally not issued by any central authority, rendering them theoretically immune to government interference or manipulation.“

In a nutshell, cryptocurrency is a type of digital currency, but it’s not just a digital version of the money we use in our day-to-day lives. It exists entirely online with people either buying into cryptocurrency using real-world money or through a process known as “mining,” which allows you to generate cryptocurrency using computers that are connected to a blockchain network. In exchange for helping sustain the network, users are rewarded with different types of cryptocurrency.

Here are just a few of the types of cryptocurrency that you can buy or “mine”:

While cryptocurrency is still a long way from being accepted as a mainstream form of payment, some online casinos are experimenting with using it as a form of payment.

What is crypto gambling?

Crypto gambling, short for cryptocurrency gambling, refers to the use of cryptocurrency by online casinos and other online gambling houses. Cryptocurrency is used to buy casino credits and helps address some of the financial issues at casinos, including slow transactions that could sometimes take multiple days and high fees for withdrawing or depositing your money. It also provides additional privacy, which may be important to certain online gamblers if you’d like to play at a casino anonymously.
However, players should know that crypto gambling may not be legal in their country. Some of these online casinos operate in legally gray areas, while others simply ignore the legislation entirely. These virtual casinos can be incredibly risky for players, as they have no recourse against the casino if it were to commit an illegal act, such as denying you access to your winnings. So while the idea of playing online casino games using cryptocurrency might sound appealing, you need to be extra careful of which sites you choose to play at.

Will crypto gambling boom or bust?

The success or failure of crypto gambling largely depends on the acceptance of such cryptocurrencies by mainstream society, particularly by governments. Here are some examples of how different countries, organizations, and people view cryptocurrencies:

Judging from these examples, society’s response to this new technology is undoubtedly mixed, at best. Suppose governments embrace this new technology, and crypto finds an accepted place in society alongside existing financial systems. In that case, it could turn out to be one of the greatest advancements we’ve ever made in currency terms.

However, considering some governments have banned crypto or are pushing to ban it due to the inability to regulate it the way they do regular currencies, it remains entirely possible that this new financial technology will simply be swept aside.

Unfortunately, this leaves crypto gambling enthusiasts in limbo, as we still don’t know whether this will become the standard for payments in the future or if it will simply fade away into obscurity.

Whatever lies ahead for the future of cryptocurrency and gambling, rest assured you can take advantage of secure and safe payments today at the best online casino, BetMGM. With your deposit, you can enjoy our wide range of thrilling casino games: from online casino slots and casino table games to live dealer experiences, there’s so much for you to enjoy!

Register at BetMGM to join in all the fun and excitement.