The Evolution of Billiard Sports 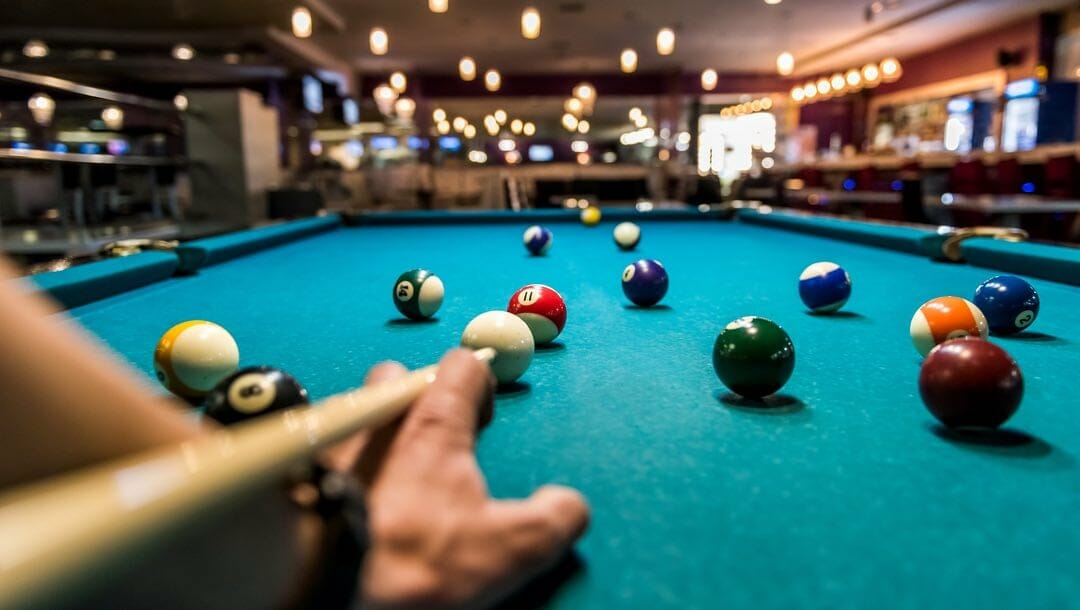 Are you getting ready to wager on the upcoming Snooker World Championships at our online casino? Ever wondered where the game actually came from? Today, snooker and pool are closely linked to betting, but how did this association come to be? The history of billiards is an exciting tale that will take us from French noble castles and deep into soldiers’ barracks. Join us as we travel back in time to see how the game of billiards evolved from a lawn game for kings into a competitive casino table game.

But first, let’s back up a bit. Billiards was not originally played on tables. The table’s green surface is a clear reminder of the game’s lawn game beginnings. Lawn games like croquet were popular in Northern Europe. In fact, the original game of billiards was very similar to croquet and players used a hoop similar to a croquet wicket and a stick as a target. Tabletop games were created when players decided to take the game indoors so they wouldn’t be affected by the weather. Early players then constructed the wood-framed tables covered with green cloth, similar to the pool tables we use today.

The hoop and target slowly disappeared during the 18th century, and only the balls and six-pocket table remained.

Perhaps billiards’ French origin story is rather surprising, with the game being such an iconic part of American culture and history. Today, billiards is seen as a truly American sport, and rightfully so. Billiards was a popular game for American troops, and even George Washington played billiard games in 1748.

Billiards was supposedly introduced to the US by Dutch and English settlers as a form of entertainment. Later, poolrooms began to appear all over the country as the game became more widespread. During the Civil War, professional billiards players competed in matches and it became a popular pastime and distraction. At some point, billiard competitions had more national coverage than war news. Professional billiards players were like modern sports stars and even had their faces featured on cigarette cards.

Since then, the word “billiards” has become an umbrella term. Each location where it’s played has spawned a different, unique form of the game. Billiards in the United States

Billiards’ rise in the US is not only thanks to Dutch and French settlers but also due to a man named Michael Phelan. Phelan was an Irish immigrant who wrote the first American book on the game and helped devise rules and standards for the game. Following in his father’s footsteps, Phelan decided to operate poolrooms too. He managed a successful pool hall business and a pool table and equipment manufacturing company. Known as the Father of Billiards, Phelan was a great player. He won $15,000 in the first significant stake match held in the United States.

There are two popular variations of billiards in the US. The first is the 8-ball, which was invented in the early 1900s. In this game, 14 balls are divided equally between solid and striped balls. The 8-ball is centered on one side of the table and hit with a cue ball in a “break.” Afterward, depending on whether the ball was pocketed, players try to pocket a ball of their choice. They attempt to knock all balls before attempting to pocket the 8-ball to win. Pocketing the 8-ball too early is an automatic loss.

The second version of billiards is 9-ball. Here nine balls are placed together in a diamond-shaped rack on the table. Balls are labeled numerically, and players must try to pocket each ball in numerical order until they pocket the 9-ball to win the game. The twist in 9-ball is that if you pocket the 9-ball early but hit it with a lower-numbered ball, you automatically win the game.

Billiards in the United Kingdom

Billiards in the UK has evolved to become snooker. Snooker was created by British Army officers in India during the 1800s. This variant is much more complex than American games and is played on a 12×6 foot table with 15 red balls and six more balls of a different color. Each color has a different value of up to seven points. To score points, a red ball must be pocketed and followed by a colored ball. Once all the red balls are pocketed, players must pocket the remaining balls from the lowest to the highest number. Whoever has the most points is the winner.

If snooker piques your interest, visit the BetMGM online casino for the best casino games and for snooker bets with great odds.

The French version of billiards, called carom, doesn’t include any pockets. Carom is played on a heated slate table. To win, players must strike the cue and hit the first yellow ball and then bounce it off of three walls to hit the second red ball. If you’re looking for a challenge, you’ll definitely enjoy carom. The game is considered one of the hardest variations of billiards.

Billiards and the world of betting

You would think that billiards became known as “pool” when bets began to be made on the game itself. The word “pool” technically refers to a collective bet. This is where people “pooled” their money in wagers to stand a chance to win a prize. In the past, these wagers were placed on activities like poker and horseracing. This is why a “poolroom” back in the day actually referred to a place to make bets during horse races.

Billiards was introduced to poolrooms not as another activity to bet on. The tables were there to occupy and entertain guests between races. They soon became synonymous with poolrooms, until the game itself was referred to as pool. Today a poolroom no longer refers to a betting house but a place where people play billiards. Unfortunately, when gambling practices started to be branded as immoral, billiards’ reputation fell with it.

Billiards, like a lot of gambling activities, began to decline in popularity after World War II. Its resurgence was attributed to the popular Paul Newman film, The Hustler. After interest dropped once again because of the Vietnam War, it was the film’s sequel, The Color of Money, that ignited a billiards upsurge in America once again. After the film’s successful release, new poolrooms were built that attracted a different audience, some of whom may have been there to emulate the films’ questionable moves.

Today, billiards is a widely played competitive sport. Billiards is no longer a sport for shadowy characters in the corners of dimly lit, smoke-filled poolrooms. The respected sport of snooker now boasts regular nail-biting championship matches where the best players go head-to-head.

Join in on the championship fun with BetMGM

The World Snooker Championship is right around the corner, and it’s snooker’s most prestigious tournament. Watch snooker champions play it out to win their share of more than $3 million. Be a part of the great stakes and winnings by betting on the snooker championship with BetMGM.

Our convenient app has the best variety of live dealer casino games and other exciting online casino games. Download the app today and register to make your bets or to play casino games wherever and whenever you want on your mobile devices.