The past 10 years of the NBA have evolved the game to the next level. It began with a 2010 Lakers championship win over the Celtics, led by Kobe Bryant and masterminded by Phil Jackson, and ended with the Raptors becoming NBA champions for the first time, adding their name to the NBA champions list. Over this past decade, we’ve seen the game change with a greater emphasis on three-pointers, thanks mainly to Stephen Curry and the Warriors. We’ve seen three franchises add their name to the NBA champions list, as well as the emergence of the Warriors vs Cavaliers rivalry. The NBA today is a different beast to the 2010 NBA season. The best players, games and moments have helped shape this current version. Here are the highlights from the past decade of the NBA: 2010-2020.

Iconic players of the decade

NBA fans have been truly spoilt by the talent that has graced the NBA hardcourts over the past decade. The athletic and technical ability that modern NBA players possess has helped to push the game to even greater heights. While there have been some truly iconic players over the decade, the following two stand out as names that will be in every discussion about this decade of the NBA.

LeBron James has dominated this past decade. He appeared in eight of the ten NBA Finals, consecutively from 2011-2018. James won the finals MVP in three of them. Over the past decade, James has been an NBA All-Star in every single season and won three NBA championships. He has won numerous NBA awards and is certain to become a hall of famer. His NBA stats show how prolific a points scorer James has been. This past decade, James has never averaged less than 25 points per game. If he has a season without massive injuries, he could overtake Kobe Bryant in NBA rankings for career points scored. This would place him third overall. His off-court personality has made him a household name, worldwide. He has raised the stature of the NBA, much in the same way that Magic Johnson, Michael Jordan, and Shaquille O’Neal did in the 80s, 90s, and 2000s. His act will be a difficult one to follow in the 2020’s. 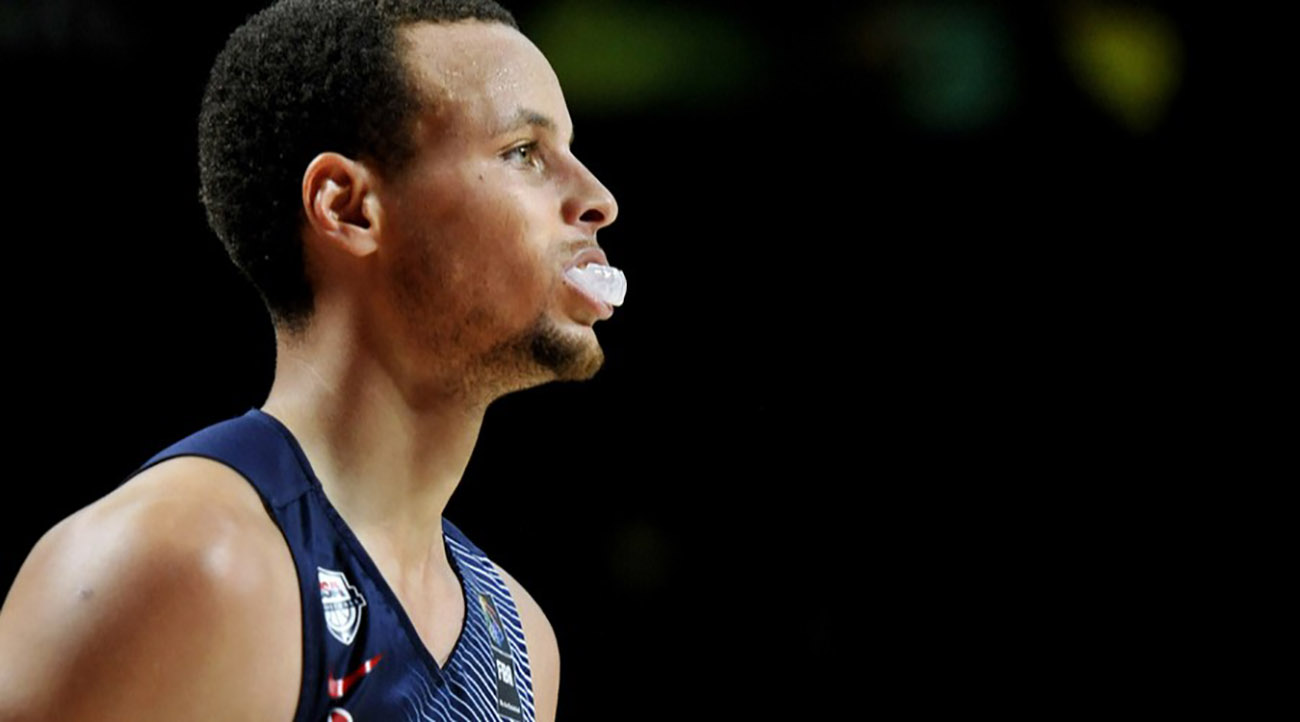 Stephen Curry has fundamentally changed the way that basketball was played in the NBA this past decade. He brought three-pointers into the offense like no player before. All NBA teams have brought three-pointers into their offense and defense, often in an attempt to beat or match the Warriors. The Warriors employed it thanks to the ability of Curry. Curry holds a host of NBA records, including the most three-pointers in a season, in a regular game and in an NBA final. He is tied for most three-pointers in a single playoff game as well. It is certain that Curry will be synonymous with this decade in the NBA. His ability has earned him three NBA championships, building the Warriors dynasty. Curry and James also made NBA finals history in Game 2 of the 2017 NBA Finals, by each recording triple-doubles for their teams.

Best game moments of the decade

This past decade has produced some of the most memorable and entertaining NBA games in recent history. Dramatic finals have forged new rivalries and heroes. The NBA finals highlights of the following games will be watched for decades to come.

2011: Mavericks comeback against the Heat 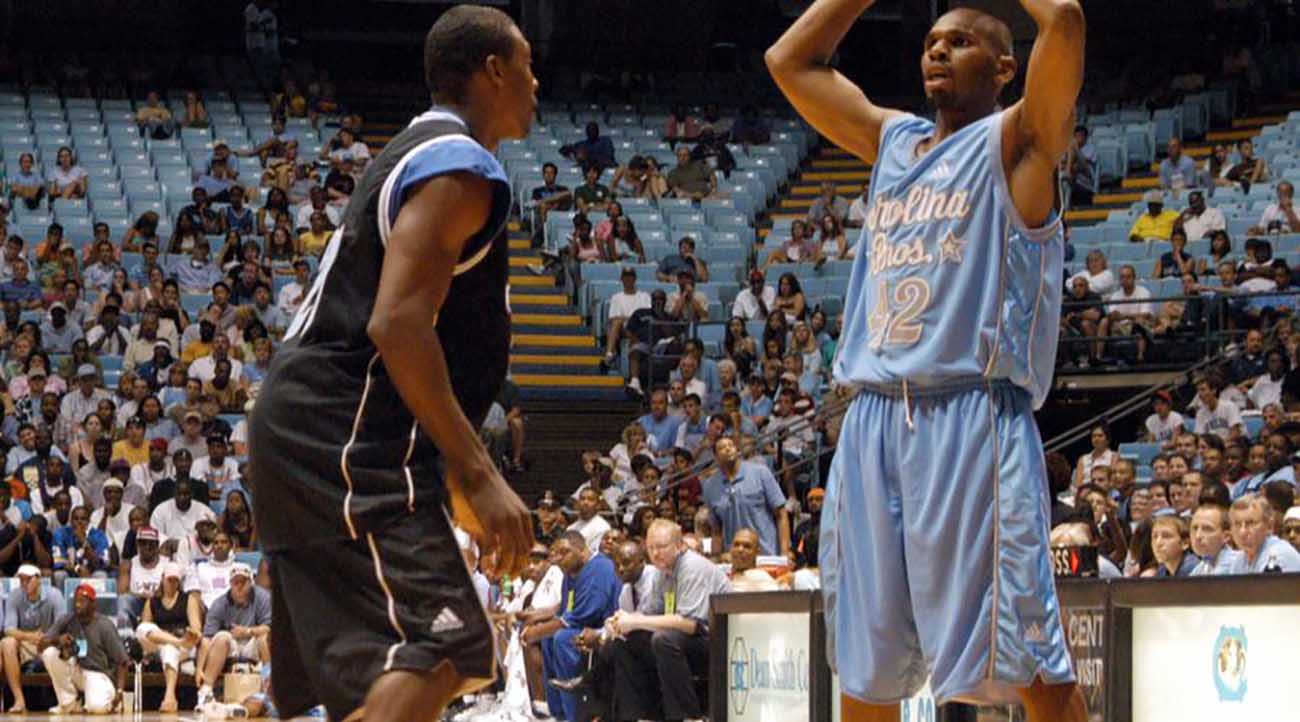 In Game 6 of the 2013 NBA Finals, the Heat pulled off a comeback of their own. The Heat were 2-3 down in the finals, and 89-94 down going into the 28 seconds of Game 6. James sunk a three-pointer, and the Spurs replied with Kawhi Leonard by converting one of two free-throw attempts. Had Leonard converted both, it would have been a four-point lead, but going into the final 19 seconds, the Heat had the ball and were behind 92-95. James attempted a three but missed. Bosch grabbed the rebound and passed to Allen who slotted a three-pointer to tie the game at 95-95 and take it to overtime. In overtime, Bosch made a match-winning block to deny Danny Green’s three-point attempt. The Heat won 103-100. Had the Spurs won, it would have been their championship. The Heat victory took it to Game 7, where James inspired them to their second consecutive NBA championship. For Spurs fans, these NBA scores and highlights are too painful to relive. You can bet any sports fan knows the feeling.

2016: James’ block against the Warriors 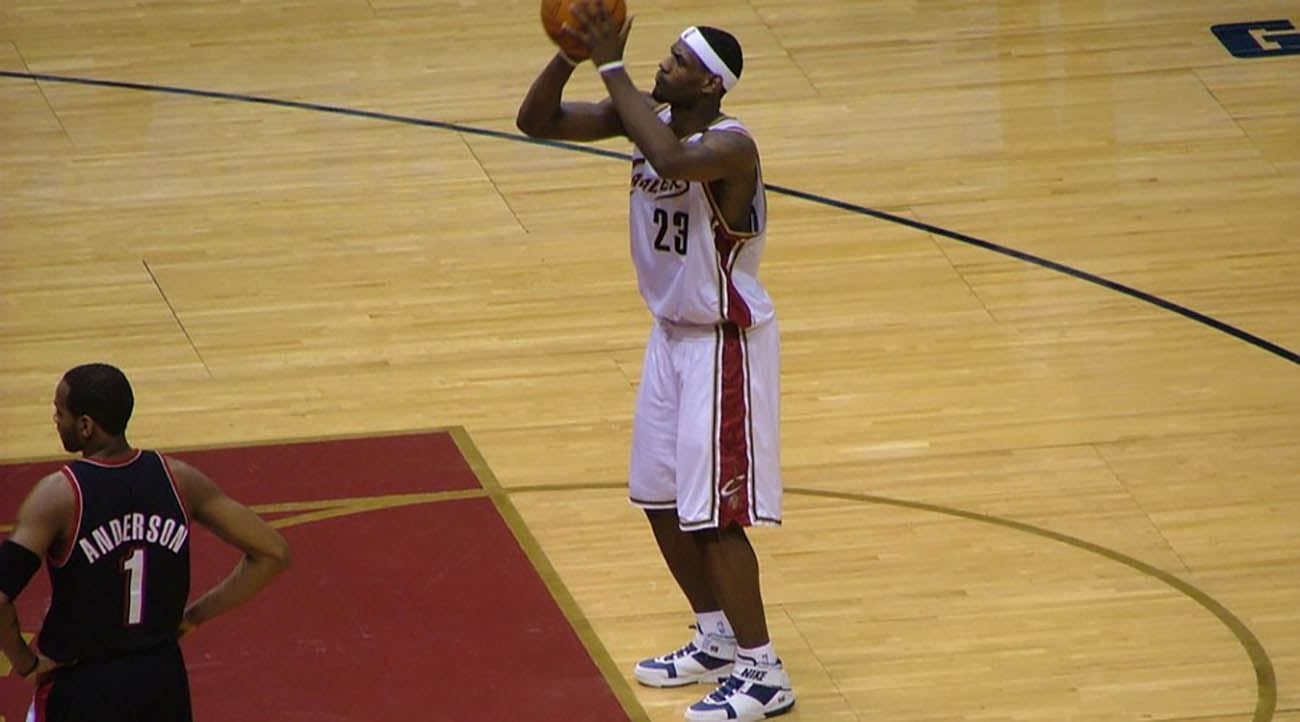 Defensive plays aren’t often the most popular NBA playoffs highlights. They usually consist of clutch three-pointers or dunks. However, in Game 7 of the 2016 NBA Finals, LeBron James ran the length of the court to deliver a pivotal block against Andre Iguodala. The Cavaliers and Warriors were tied at 89-89 with less than two minutes in the game remaining. Curry and Iguodala broke free and as Iguodala looked set to score, James appeared out of nowhere for the block. The replies show how James sprinted back to make the block. In the next play, Kyrie Irving scored a three to give the Cavaliers the lead in the final minute. Curry then missed a three-point attempt for the Warriors, and James converted one of two free throws to seal the game and the Cavaliers’ first NBA championship. This is one of those NBA scores which should include a point-saving defensive moment along with the point scorers. 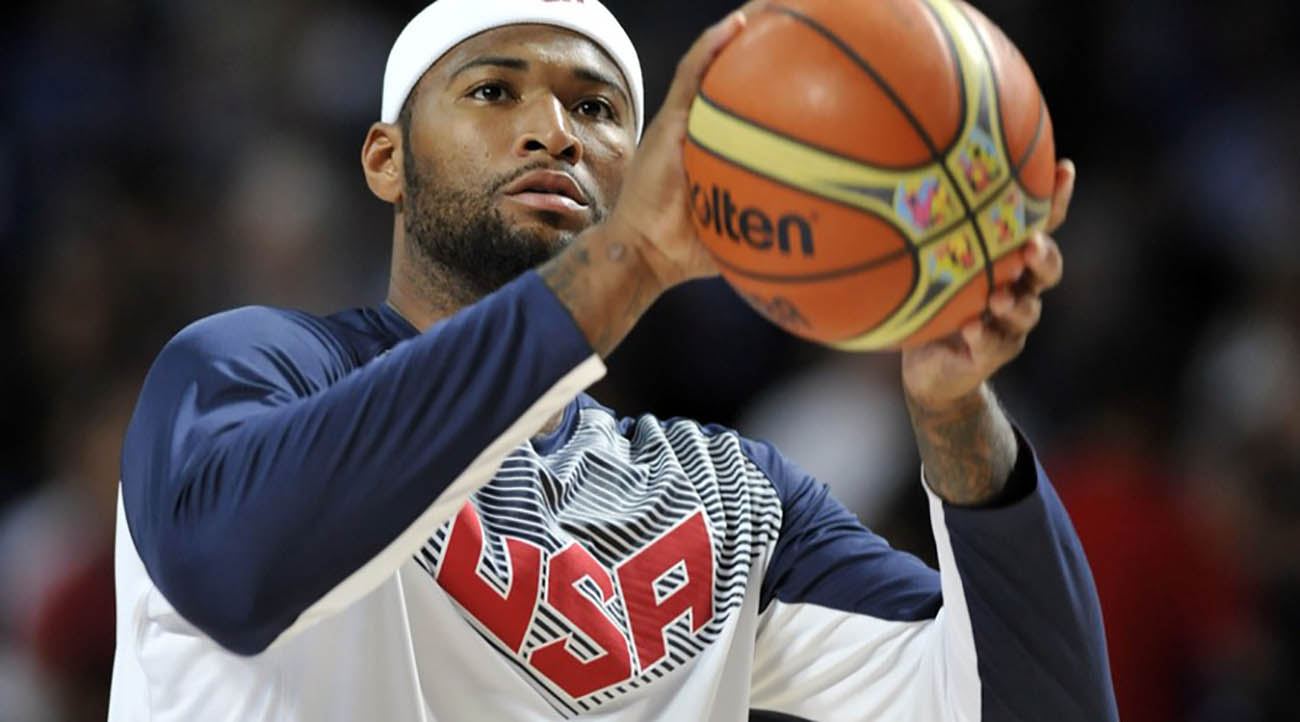 Against expectations, the Raptors made it to the 2019 NBA Finals. They were up against the Warriors who were in their fifth consecutive finals. Despite the odds, The Raptors found themselves 3-2 up in the finals and 111-108 up. Curry scored two clutch free throws to bring it to 111-110 with 18 seconds remaining. The Raptors had possession, but Danny Green misplaced his pass to give the Warriors the possession with 9.6 seconds remaining. The Warriors crowd erupted, sensing a comeback victory. The Warriors worked it to Curry to make a three-point attempt, which was unsuccessful. DeMarcus Cousins couldn’t claim the rebound, and Leonard broke clear before an erroneous time-out was called by the Warriors with less than a second left in the game. Leonard converted his free throws to end the game at 114-110. The Raptors won their first NBA championship and in doing so became the first Canadian NBA champions.

Rise of the free agent market

This decade has also seen the continued use of social media by players and NBA teams to promote their brand and build reputations. LeBron James signaled the true power of the NBA news in mainstream media when he filmed The Decision in 2010. At the time of filming, James was an unrestricted free agent. He had an offer from the Cavaliers but ultimately decided to sign for Miami Heat instead. He justified this by wanting to top the NBA standings and win championships. As one of the NBA scoring leaders, he had already had seven seasons with the Cavaliers without an NBA finals opportunity. The Decision signaled a shift in focus towards the free agency. By the end of the decade, many fans are more excited by the free-agent market than they are by the NBA draft selections. For teams in the NBA, picks from the free agency offer tremendous opportunities and talents. For the weaker teams, these picks can be as important as their NBA draft lottery placement. 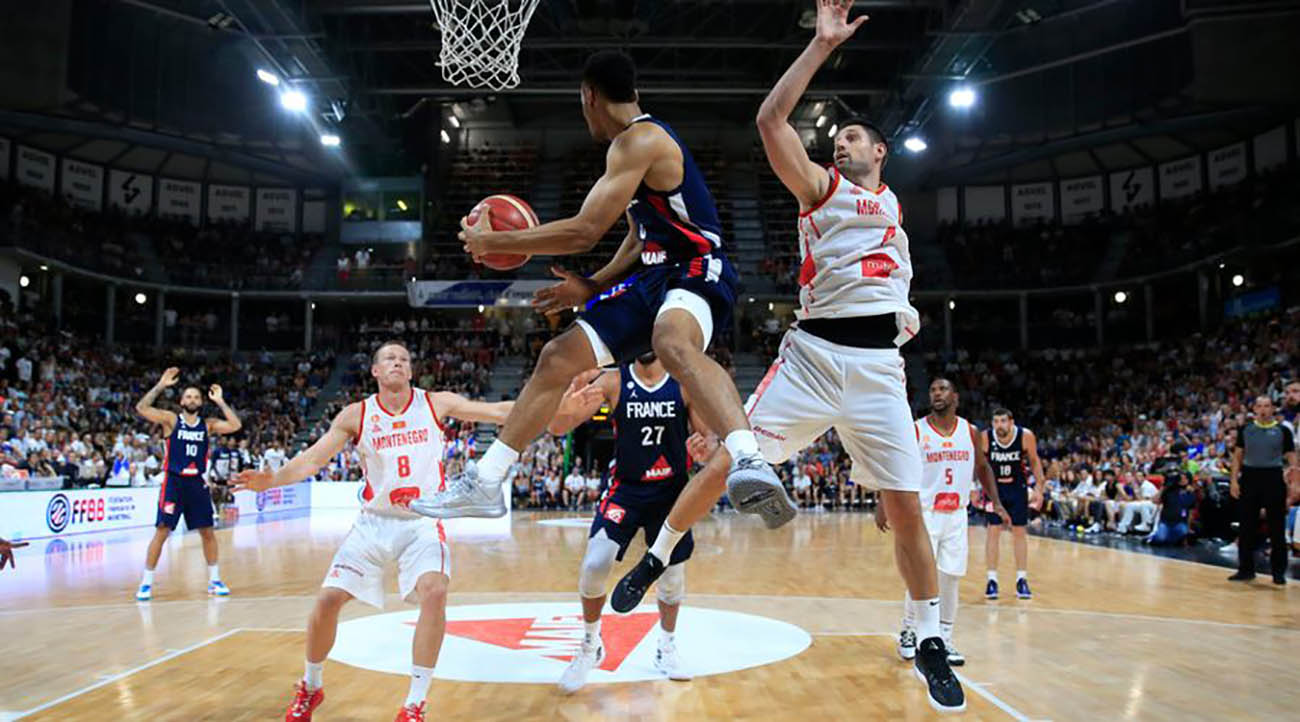