A History of Poker Video Games 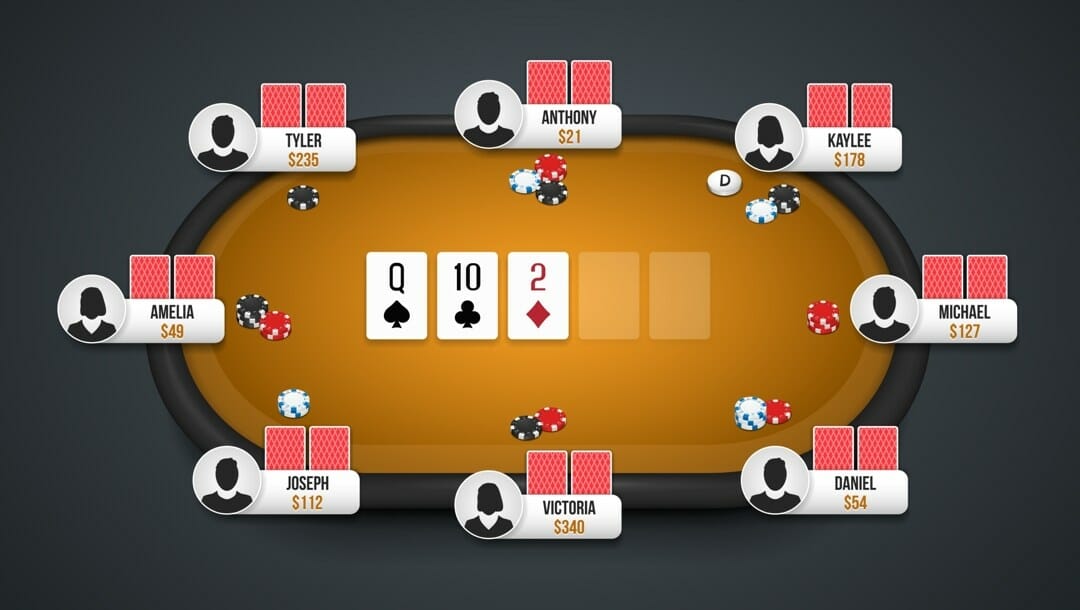 From online poker games with real dealers to online tournaments, the evolution of poker video games has been on a steady upward and innovative trajectory. The last 30 years have seen a huge transition from real to virtual poker. Suddenly, poker games have become accessible from the convenience of your digital device.

The recent pandemic has only fuelled the meteoric rise of video poker. But it was during the 1990s that the virtual poker boom began. In 1994, the world was introduced to online casinos thanks to tech innovators, Microgaming. The gambling community quickly gravitated to the ease and accessibility of the online world. Let’s go back in time and take a look at the history of poker video games. 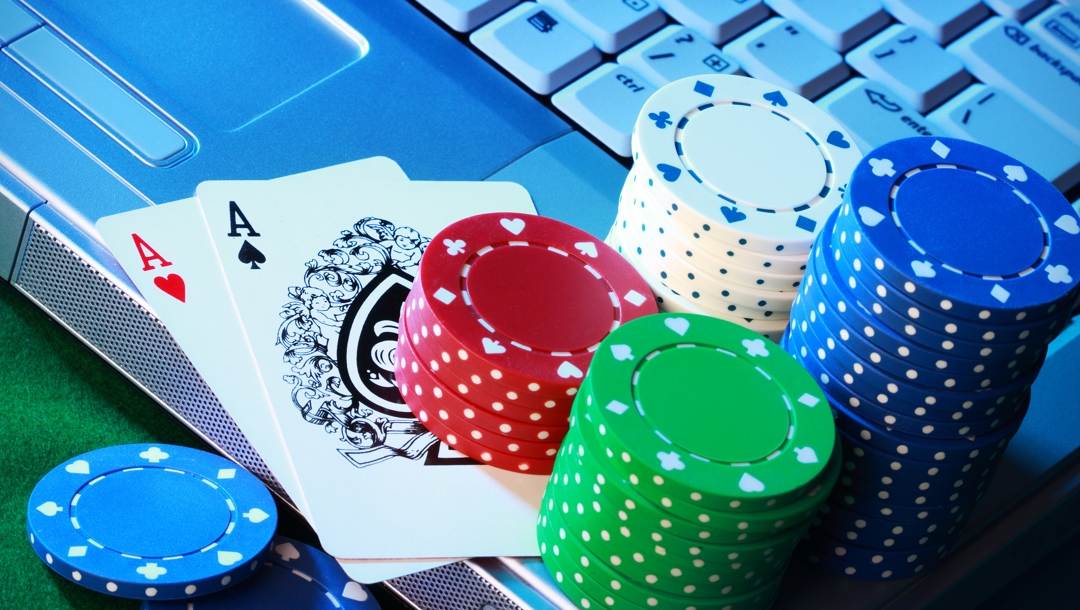 After the launch in 1994, Microgaming introduced The Gaming Club. This was the world’s first online casino and a sign of what was to come. However, no one could predict the rapid rise of online gambling. Following their successful debut, they developed and launched Intercasino in 1996. Another triumph for Microgaming, it was the first server to accept online payments.

The first online poker game wouldn’t happen until 1998. Founded by Randy Blumer, he released Planet Poker. This incorporated Texas Hold’em poker with buy-ins ranging from $3–$6. Suddenly you could play online poker for real money from the comfort of your home. As time went on, Planet Poker became flooded with new players every day. And it wasn’t long before competition came knocking at the door.

Another player on the scene

Paradise Poker entered the scene in 1999. They couldn’t have timed it better. With Planet Poker suffering from technical issues, Paradise Poker swooped in to become the new home for the digital poker community. With continued success and technological companies starting to realize the industry’s financial capabilities, the floodgates opened for new entrants and video poker games. Back in the 1990s, players were constricted to one or two variations. Fast-forward to today and we can play poker in hundreds of different formats.

ESPN’s on-and-off coverage of the 2002 World Series of Poker (WSOP) was the catalyst for the poker boom – it included hole card cameras and win percentages for the first time. In 2003, they aired all eight WSOP events on ESPN. After the world diverted its attention to poker players winning millions in just one round, the poker boom began in ways imaginable.

In 2004, Sportingbet bought Paradise Poker for $340 million. This was the first major indicator of where online poker video games were heading. After this, sites such as PartyPoker, Empire Poker, PokerStars and Full Tilt Poker enrolled in the hopes of joining a bustling and fruitful industry. They did. By 2010, there were around 550 poker video gaming websites. 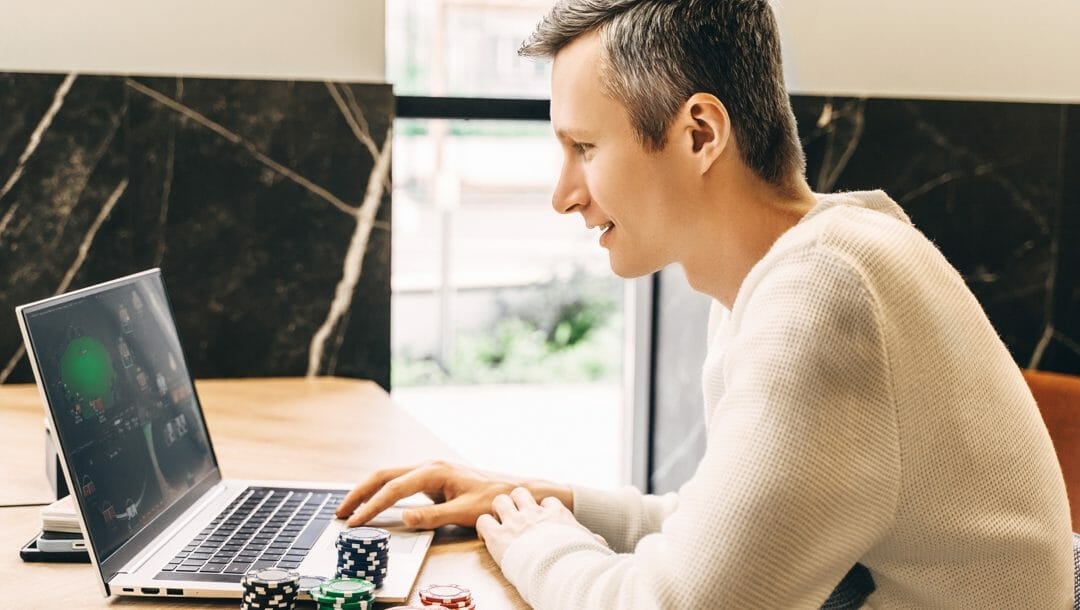 Playing classic poker games from the comfort of home became more appealing as players drifted from brick-and-mortar casinos to digital interfaces. Once the 2008 recession came into effect, it started becoming a money-making opportunity. At the same time, online casinos eradicated the excess costs of attending land-based casinos.

Currently valued at approximately $75 billion, it’s forecasted to reach $110 billion by 2025. And online poker looks set to mirror this trajectory. Video poker and live poker have added to the games’ online growth. If people missed the human interaction of a dealer, they now have it. Live poker is played online with a live dealer who you’re able to talk to throughout the game. This is the latest direction and innovation of playing poker online and one that is being well received by online players.

Improvements in technology have also played a significant role in poker’s digital rise. Smartphones allow people to play on the go with few connectivity and speed issues. In the early days, connectivity and speed were the biggest obstacles. Today these are a strength, used as a marketing tool to show off ease and accessibility. We have also seen increased consumer confidence in online spending. People aren’t as scared to use their credit cards online as they once were. Most of the problems of the past have been fixed.

Of course, the recent pandemic played a part – just as the 2008 recession did. Closed casinos meant gamblers gravitated online by the tens of thousands. The absence of live sporting events also contributed to the added masses as sports bettors looked for alternative ways to bet. Overall, the ease and accessibility of online casinos, coupled with a change in consumer behavior, have led to a swift rise in online gambling.

Do you want to play poker online? BetMGM hosts an array of poker games and tournaments in various variations and buy-in amounts that can be played anytime, anywhere on mobile, tablet and computer.

Register today and unlock our endless range of live dealer casino games, online slots and so much more.