How Chinese New Year is Celebrated in Different Countries

Chinese New Year, also known as the Lunar New Year and Spring Festival, begins the first new moon of the lunar calendar and ends 15 days later on the first full moon of the year. In 2022, the festivities will begin on February 1, signifying a New Year in Chinese culture, and among many other Asian countries – the Year of the Tiger. These festivities are celebrated around the world with elaborate parties, beautiful decorations and a number of traditional ceremonies. You may even have seen online slots themed around this auspicious event at your favorite online casino!

Chinese New Year around the world

Unlike in Western tradition, which celebrates the arrival of a new calendar year over a single evening, Chinese New Year involves days of preparation and celebration. Ten days before the Lunar New Year begins, those who celebrate this festival begin a vigorous house-cleaning drive to remove any negative energy and bad luck that may be lingering inside, in a custom called “sweeping the grounds,” To create space and welcome in new energy and good fortune, windows and doors are kept open during this time, too, and the color red begins to appear everywhere to ward off evil.

How it’s celebrated in China

Chinese New Year is undoubtedly one of the biggest celebrations in China each year. Most families in the country take part in the traditional celebrations, and many also mark the beginning of the festivities with a Lunar New Year tea ceremony. There is a seven-day public holiday over the New Year, but festivities last for up to 15 days, ending with the Lantern Festival.

Traditional dragon and lion dances, as well as firework displays, take place throughout the holidays, culminating in the Lantern Festival, which is celebrated on the full moon, and marks the last day of the New Year’s celebrations. Many families visit markets and temple fairs during this time to see friends, pick up prayer scrolls and incense, and of course get some delicious treats. One thing is certain – a New Year’s festival spent anywhere in China is sure to be an unforgettable experience.

But how does the rest of the world celebrate the Lunar New Year? Let’s take a look. 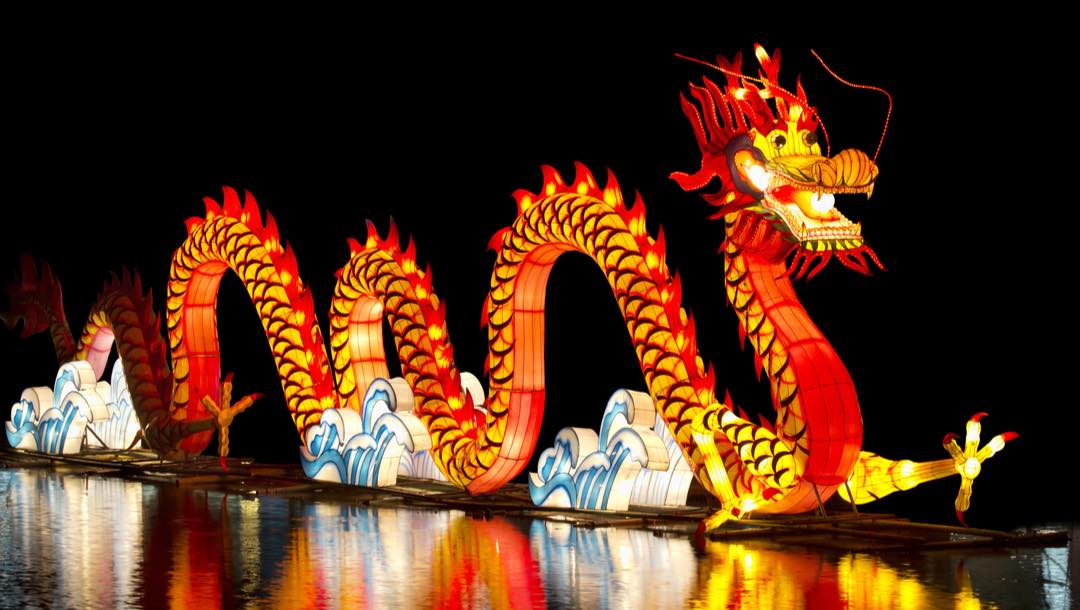 While Japan may not get seven days of public holidays in celebration of the New Year, by no means does the event go unmarked! Japan used to celebrate the New Year according to the Lunar calendar until the government moved towards Westernization and adopted the Gregorian calendar during the Meiji era. Even so, Chinese New Year in Japan is an incredible celebration to this day.

The 15-day Chinese Spring Festival takes place each year in Yokohama, which is just a 35-minute drive south of Tokyo. The festival features live music, dancing (including the incredible lion dance,) acrobatic performances, fireworks and parades. Thousands of lanterns are lit on the final day of the festival, making for a breathtaking sight.

There are also festivities in Kobe Chinatown (known as Nankinmachi), with live performances, firecrackers, stalls filled with goods lining the streets, and tai chi demonstrations. Finally, Shinchi Chukagai, the oldest Chinatown in Japan, also holds a massive lantern festival each year in Nagasaki: More than 15,000 incredible Chinese lanterns go on display, with intricate designs and a variety of sizes, some even in the shape of Chinese zodiac animals! 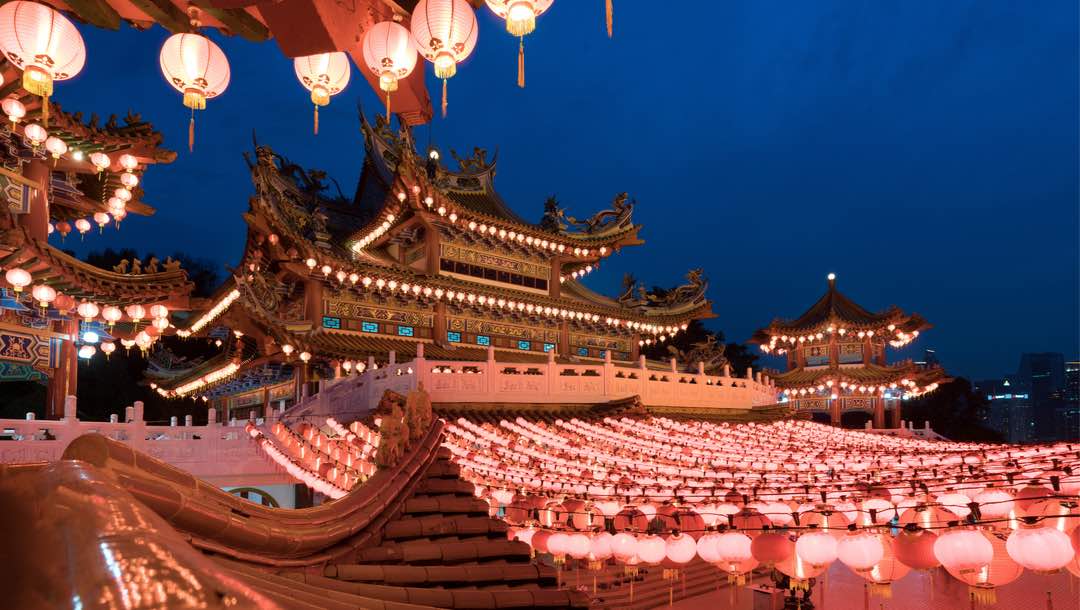 One of the most significant cultural events of the year, Pai Thnee Kong (in Penang) or Thnee Kong Sei (in Hokkien), takes place on the ninth day of the Chinese New Year celebrations in Malaysia. This day centers around making offerings to the Jade Emperor on his birthday – of many things, from fruits and flowers to roasted pigs! Thousands visit the Jade Emperor’s altar or construct altars in their house in his honor.

The Lunar New Year is known as Seollal in South Korea, and the festival lasts three days. During this time, it’s custom to spend time with family and friends, perform ancestral rites, and of course, feast! Many people dress in traditional clothing, known as hanbok, and folk stories and traditional games all form part of the celebration. There is a second festival a short while after to celebrate the first full moon of the lunar calendar, where bonfires are made to ignite and bring in good fortune for the year ahead. 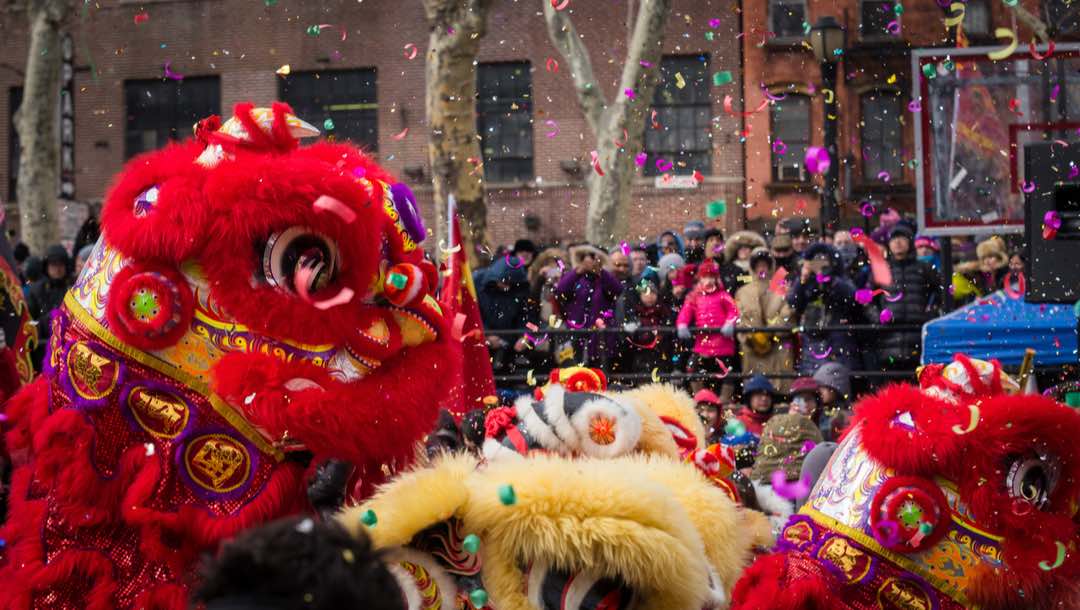 Around the globe, 1.5 billion people celebrate the Lunar New Year. People of Chinese heritage keep the culture alive and buzzing, bringing amazing festivities not only to Southeast Asian countries like Singapore, Vietnam and Cambodia, but also to the US, the UK, South Africa, Australia, and a number of others. Major cities including New York, London, Johannesburg, Sydney, Paris and even Lima in Peru host large-scale Chinese New Year Celebrations – bringing traditional ceremonies such as lion dances and lantern festivals to people the world over.

Being part of the festivities – indulging in incredible food, watching the amazing dances and celebrating with your friends is an incredible experience for people of all cultures! Of course, you could also play slots online to have some fun of your own between January 1 and February 1. There are a number of exciting online gambling slots themed around Chinese New Year and the Year of the Tiger to get you in the mood for celebration. From Jin Ji Bao Xi Endless Treasure Megaways to Lucky Fortune, you’ll find an array of festive- and Asian-themed slot games to choose from at BetMGM.

For more incredible entertainment, visit BetMGM and explore the best online casino. You’ll soon discover what great online casino games we have on offer! From casino table games and live dealer games to slots with all your favorite themes, you’ll find a whole world of fun waiting for you when you register with BetMGM.