How To Win PKO Games 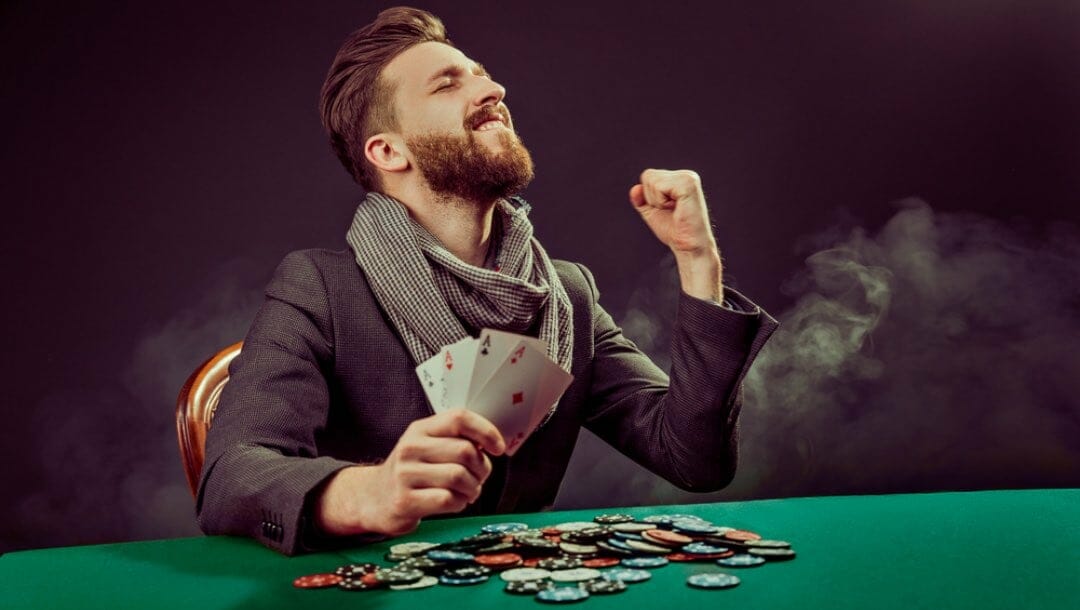 PKO (progressive knockout) tournaments are increasingly popular with online poker players these days. Only 10-15% of players will make it into the money in an MTT (multi-table tournament,) but PKOs offer the chance to start making money from the get-go. That’s because, in PKO online poker tournaments, every player has a cash bounty on their head – meaning they can hunt other players or be hunted in their turn. This makes for an exciting experience appreciated by both serious players who train up on poker solvers and recreational players who are more interested in the most popular drinks at the poker table. It also opens up the possibility of playing the tournament in more than one way, depending on whether you focus on the bounty, on the final table, or both. Let’s look at the different ways to win money in PKO games (and we’ll also give you some helpful poker tournament tips!)

What are progressive knockout poker games? 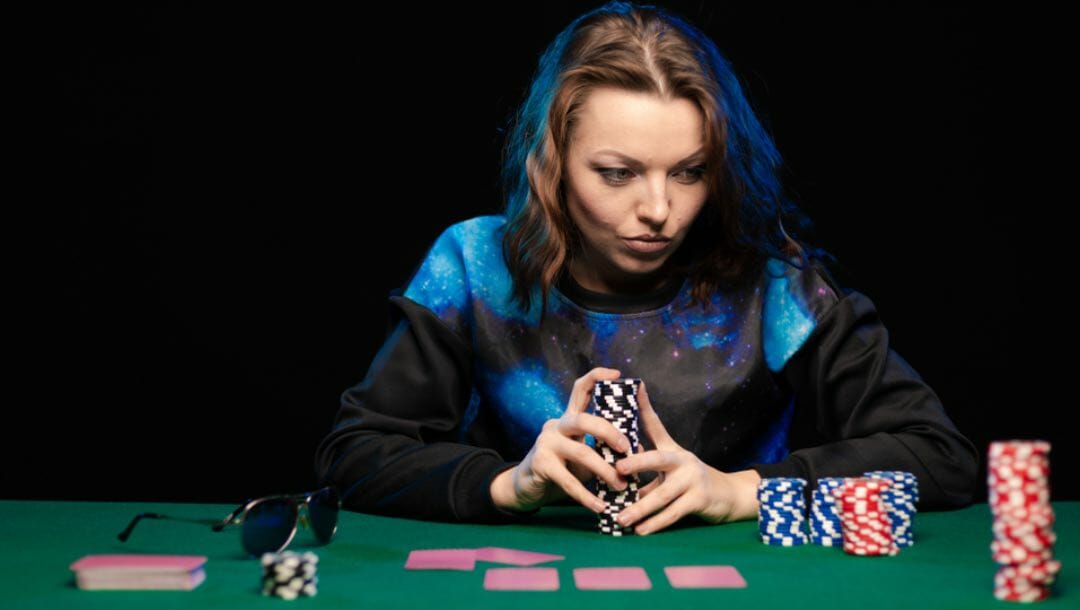 So what are PKOs, exactly? These fun and dynamic poker tournaments have three basic elements. The bedrock is a regular MTT, where players fight for chips until they make the money and, hopefully, the final table with its lucrative prize pool. Add to that the knock-out concept, where a portion of each player’s buy-in is allocated to their bounty. If a player is knocked out, their bounty goes to the sharp-shooting player responsible.

The third element in the PKO formula – and this is part of what makes them so entertaining – is the progressive aspect. You may be familiar with progressive jackpots from online casino games like Mega Moolah. PKOs use a similar concept. Suppose you’re in a PKO tournament with a $42 buy-in. From that amount, $20 goes to the prize pool, $20 goes to the bounty pool and $2 takes care of the tournament fee. So you start with a bounty of $20. You knock out another player. Half their bounty ($10) is credited to your account right away (in live poker tournaments, you get a special redeemable chip instead) and the other half ($10) is added to your bounty, taking it to $30. You then knock out another player with a $30 bounty, which takes yours to $45. And so on.

In a PKO, your bounty can snowball to a considerable amount. If you’re the overall tournament winner, you get to keep it all. But if you don’t, you still get to keep any bounty you’ve earned from knocking other players out. This makes PKOs very friendly on the bankroll, which helps account for their popularity.

So now you can see that there are two major prizes to play for in PKO online poker. There’s the money in the prize pool, and there’s the money on your opponents’ heads. At the same time, you have to be ready to defend your bounty. These factors in combination mean you’ll need to vary your play according to the specific situation you’re facing at any given time.

The fundamental question you’ll have to consider when participating in a tournament is what holds the most value for you: gunning for your opponent’s bounty or playing for chips in conventional MTT style? To answer this question, you need to know the value of any given bounty and whether it’s worth the risk. As a rule of thumb, look at the ratio of their bounty to their chip stack. Say you’re playing PKO live poker online and you notice that your opponent has racked up a bunch of starting bounties but is running low on chips. Provided that you have them covered, that’s a high-value target that you want to take down. As a result, you should be prepared to vary your play a great deal.

Conversely, an opponent with a deep or medium stack and only a few bounties doesn’t have much bounty value to offer you. Rather play against them the same way you’d play in a regular tournament. Be sure not to make donk bets! 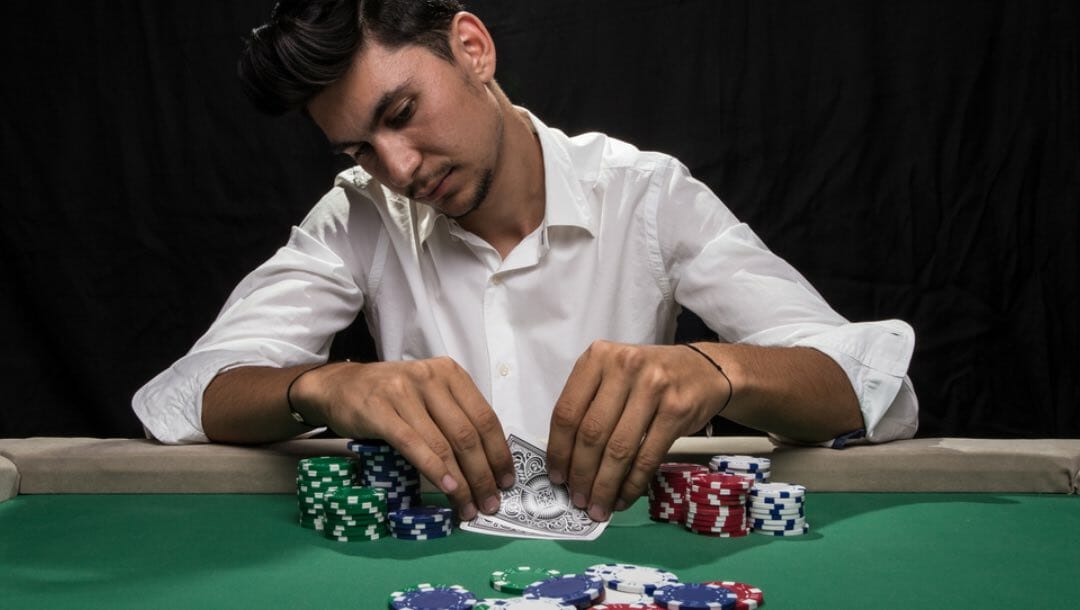 Many PKO players get caught up in bounty hunting, and who can blame them? It’s tremendous fun, after all. But if you’re serious about making it into the money, there are a few more things to consider. First, vary your play according to what stage of the tournament you’re in. Don’t risk your stack by chasing bounties in the early stages unless you’re a clear favorite. Rather play fairly tight and build your chip stack.

As the tournament progresses, boosted bounties will begin to appear and some of them will be attractive targets. The general rule is to play tight against opponents who cover you and aggressive against opponents you have covered. The best situation is when you stand to win a player’s bounty and take their chips.

Bounties tend to stack up in the later stages while your opponents will often be short-stacked. These are attractive and legitimate targets, but you must be ready to risk your stack. Say you’re in a hijack position. A short-stacked player goes all in from under the gun. Rather than call, you’ll be better off re-raising all-in with a stack of 30-40 big blinds. That way, other players who may have you covered are less likely to get involved.

Adjust your range to your stack

Sometimes, you’ll be the short-stacked player with the juicy bounty on their head. When this happens, your opponents will be less likely to fold when you shove. It’s still a good idea to be aggressive – otherwise, the blinds and antes will bleed you dry – but you should adjust your shoving ranges to the situation. Try to go all in with big cards and fold weaker Texas Hold’em poker hands such as suited connectors.

Conversely, if you’re deep-stacked halfway through a PKO, players will avoid risking their stacks to confront you. Take advantage of the situation to attack the blinds and steal pots until your stack is so big you’re practically untouchable.

Online poker is a knock-out at BetMGM

Looking for the best online poker in town? BetMGM has progressively raised the bar with a stunning poker client that offers a steady, intuitive and reliable experience when you play live poker online. Sharpen your skills with daily and weekly poker tournaments and join a growing community of like-minded players. For more light-hearted entertainment, register today and try our broad range of online casino games, from online video slots to live dealer casino table games like blackjack and roulette.