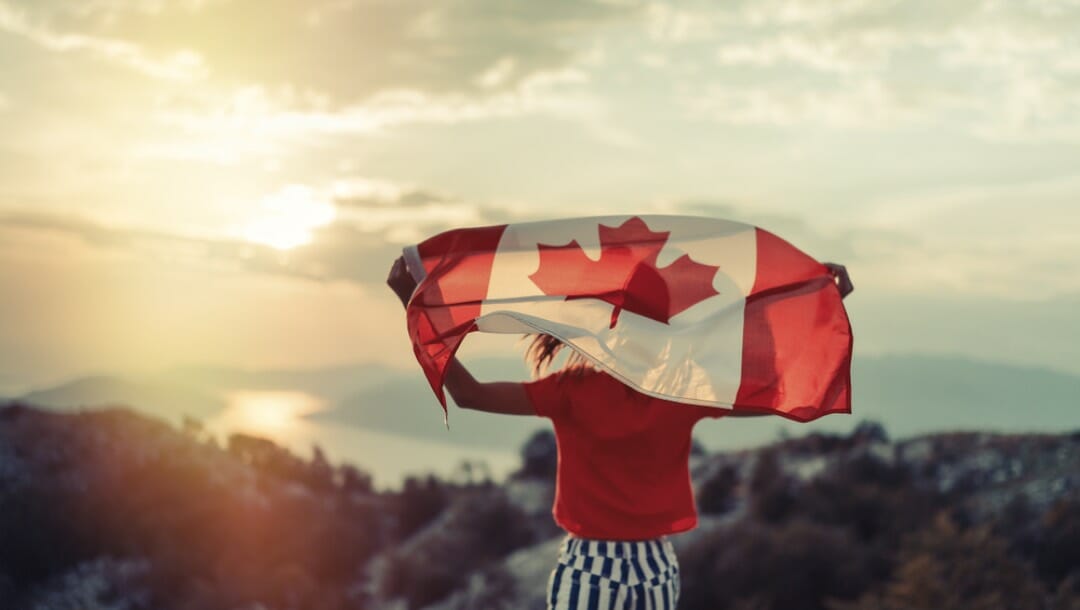 Glaciers, lakes, forests and wildlife: Canada’s natural beauty is almost unparalleled. But it’s not just the natural elements that make Canada one of the world’s premier places to live in and visit. The country’s diverse and friendly cities bring together the best of different worlds and cultures.

Join us as we look at some fascinating and fun facts about Canada you probably didn’t know. You don’t have to put your online gaming on hold when you head to Canada. Because online casino games are legal in Canada, you can enjoy the culture and gorgeous outdoors while also playing at the best online gambling sites in Canada.

Despite its reputation as a peaceful and friendly nation, Canada was once contested by two of Europe’s great powers, the English and the French. First Nations people lived in Canada for thousands of years before the Europeans made contact with them around 1000 AD, when Norse settlers arrived in Newfoundland. The Europeans colonized the nation in the 16th century, followed by the French and the English. Canada would only regain its independence 400 years later.

To bring unity among the French and English-speaking colonies and to strengthen the land in case of an attack from the United States, England united its three colonies – Canada, Nova Scotia, and New Brunswick – in 1867. This combined land was called the Dominion of Canada.

As a British dominion, the Dominion of Canada was now free to act as its own country and develop its own laws and financial independence. But Canada was still under British rule. It was only in 1982 that Canada adopted its own constitution and became an independent country. 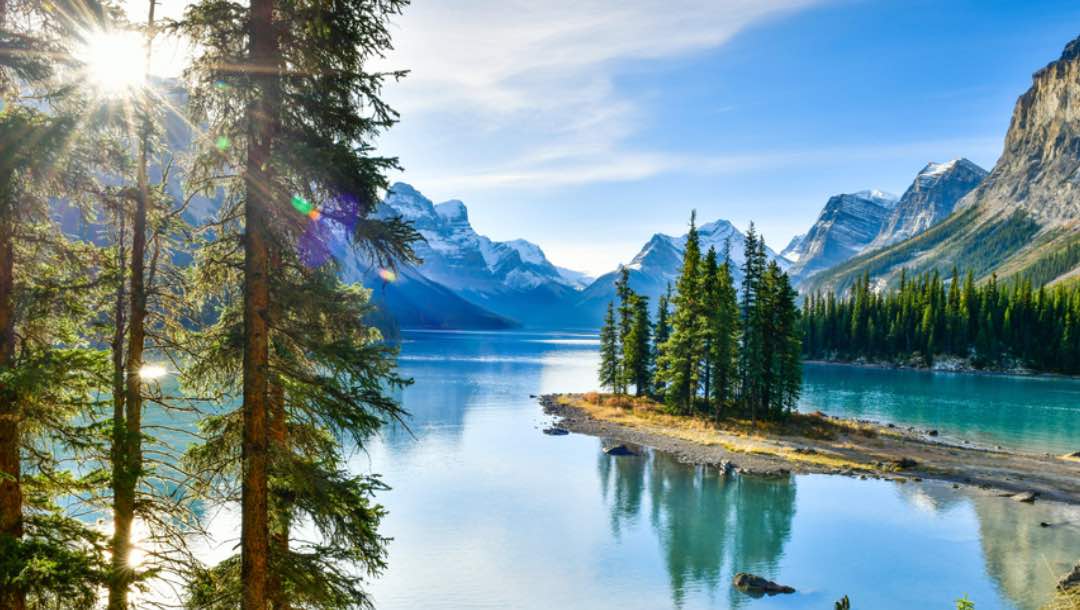 There’s a town where nobody locks their doors

In the northern town of Churchill, Manitoba, nobody in the community locks doors to their houses (or even their cars) in case of a polar bear attack. The town is situated in the center of Polar Bear Alley, and polar bears are free to walk through the town. Should you encounter one of these white beasts on your daily walk, just duck into the nearest house to avoid a mauling. The door will not be locked.

Smelling bad is a crime

In the Canadian criminal code, offending a place with a foul smell is illegal. And it’s no minor offense either – anyone found guilty could be punished with a prison sentence of up to two years.

Canada eats the most donuts

It might surprise you to know that the US police force is not the largest consumer of donuts in the world. Canada is. With a population of just 38 million, it’s crazy to think that they consume over 1 billion donuts per year.

Canada is still at war

Since the 1930s, Canada and Denmark have had a friendly land dispute over an island, Hans Island, in the Arctic. The two nations have a unique way of taunting each other. When visiting, the Canadians will leave a bottle of Canadian rye whiskey on the Danish side, while the Danes will leave Danish schnapps on the Canadian side.

Superman is half Canadian

It probably wouldn’t surprise you to know that Superman’s creators were not from Krypton but were actually from the US and Canada. Canadian-born comic book artist Joe Shuster co-created Superman with American Jerry Siegel in the 1930s while they were in high school.

The story of the Canadian maple syrup heist In 2012, the national news in Canada reported a peculiar story. It was the tale of the Great Canadian Maple Syrup Heist, where someone stole 3,000 tons of maple syrup in Quebec. This was by no means trivial looting; the stolen syrup was worth $18 million.

If you’d rather try your luck without getting yourself in a sticky situation, join a legal online casino in Canada offering jackpot slots and live dealer casino games. Selling tons of maple syrup on the black market isn’t easy – not to mention illegal! Fortunately, when you play real money casino slots, getting your winnings can be achieved at the click of a button.

Canada is larger than the entire European Union combined

Canada is the second largest country in the world. It is 9,985 million square kilometers, which is larger than the size of all European nations put together.

Canada has more lakes than the rest of the world combined

Canada has more lakes than the rest of the world combined. You’ll also find two of the largest lakes in the world in Canada – Great Bear Lake and Great Slave Lake.

One of the reasons Canada is such a great travel destination is its cultural diversity. Between 1990 and 2008, the Canadian population grew by more than five million. Moreover, the country is home to an astounding tenth of the world’s resettled refugees.

Canada has the most educated population in the world

The largest entertainment industry in Canada is gambling

Gambling in Canada generates an estimated annual revenue of CA$17.3 billion. There are about 19.3 million Canadian gamblers. Join the millions of Canadians who love to play online slots along with the other top online casino games in Canada.

The native people of Canada were the nation’s first gamblers. Native people used gaming sticks for centuries before Europeans arrived with the first playing card decks. From gambling sticks and online slot machines to a possible future of cryptocurrency gambling, the world of casinos and betting is an indispensable part of Canada’s past, present and future.

Canada is home to more than 200 gambling establishments

Since laws changed and gambling was legalized in the 1970s, gambling has become a popular and growing Canadian industry. The first commercial casino opened in Winnipeg in 1989. Today, more than 200 licensed gambling establishments in the country are operating more than 76,000 slots and over 2,200 live dealer casino games.

Today, finding the best online casinos to join in Canada is easy since Canadian players have access to more than 2,100 online casinos.

The war in Ukraine has brought oil supply into sharp focus over the last year, given that Russia was one of the largest suppliers to Europe, Asia and Africa. Surprisingly, Canada has more than four times the amount of oil in Russia and is poised to become one of the biggest players in the market.

Canada’s first colonizers were the Vikings 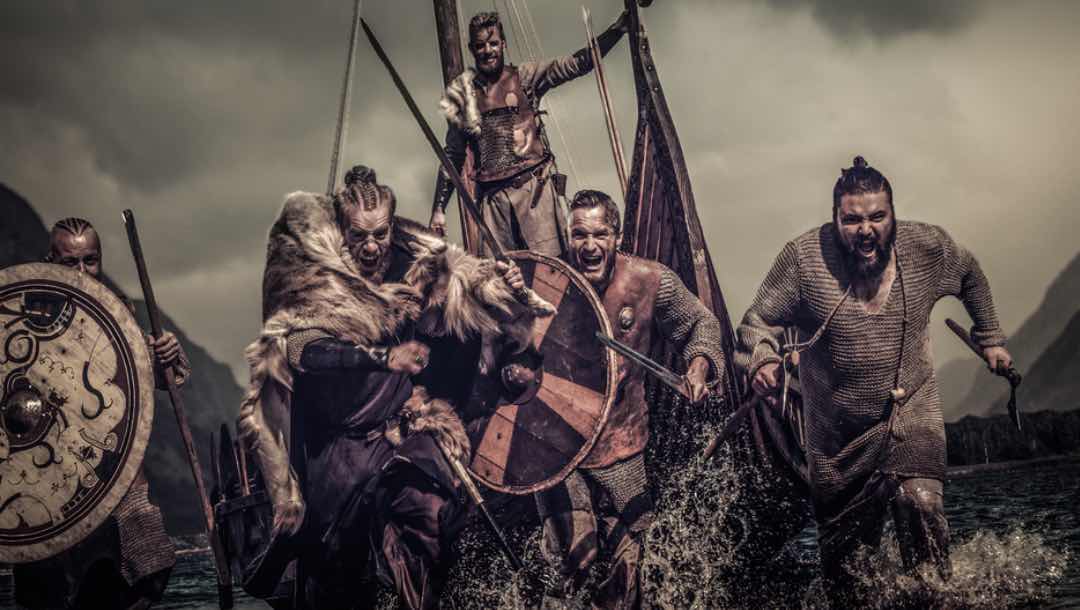 It wasn’t the French or Europeans who first colonized Canada. Leif Erikson, the grandson of a Norwegian Viking, led an expedition to Canada in 1000 AD. This Viking settlement was in Vinland, modern-day Newfoundland.

You can play these Viking-themed online casino slots to learn more about Viking adventures and the Canadian landscape.

If you want to enjoy a traditional casino experience from the comfort of your home, join a live casino game of blackjack, poker or baccarat.

There’s always something new with BetMGM

Did you learn something new about Canada? At the very least, you should have figured out how to find the best online casino in Canada. There are always more surprises waiting at the BetMGM online casino, where you’ve got access to a wide variety of live dealer casino table games with professional croupiers in our live dealer casino. Register with BetMGM to experience online gambling like never before.