The Top 5 Most Controversial Goals in World Cup History

The 2023 FIFA World Cup in Qatar is on our doorstep. With it comes the weight of national expectations on every team that has qualified. As any soccer betting punter will tell you, such is the pressure that many of FIFA’s greatest goals are said to have been scored during a World Cup simply because of what they meant at the time they were scored.

However, there is also a darker side to this when players, wracked with the need to perform on the world’s biggest soccer stage, will do anything to score. Even cheat. Worse is when those goals are not ruled out and the team triumphs in very controversial circumstances.

These incidents often call into question whether the officials understand FIFA goal kick rules. Today, however, we have Video Assistant Referees (VAR) who are able to review goal decisions in real-time specifically to avoid the kind of controversy highlighted in this list.

Still, there are a number of nations that have either benefited or unjustly lost as a result of bad officiating and cheating during World Cup matches.

Whether you are a curious follower or a die-hard fan, here are the top five most controversial goals scored during a FIFA World Cup.

We have to start with the most famous of them all, Diego Maradona’s “Hand of God.” With the Falkland Islands war still fresh in the minds of both English and Argentinian players, the 1986 World Cup Quarterfinal between the two nations yielded one of the most memorable, controversial and fractious games in World Cup history.

The goal came six minutes into the second half. Maradona found himself onside after Steve Hodge, an England midfielder, had inadvertently lobbed the ball back towards his own goal in an attempted clearance.

As the ball came down, the England goalkeeper, Peter Shilton, jumped up with Maradona to punch the ball away. At first glance, it appeared that Maradona got to the ball first and headed the ball into the England net.

However, as it turned out, Maradona had hit the ball into the net with his left arm and much to the consternation of everyone watching, the referee let the goal stand, insisting that there was no hand involved.

To be fair, Argentina deserved the win as Maradona followed up the controversial goal with what has been dubbed “The greatest goal of all time.”

Until the “Hand of God” incident, Hurst’s goal at the 1966 World Cup Final against West Germany was considered the most controversial goal in World Cup history. This time, England was the undeserving recipient of a referee’s benevolence.

In the 11th minute of extra-time, Hurst slid into the penalty area and struck a hard shot up into the crossbar, beyond the diving German goalkeeper. The ball bounced down under the bar and then out again as the German defense scrambled the ball out of play.

The referee conferred with the then-Soviet linesman and decided that the ball had crossed the goal line and awarded the goal to England. Given the grainy footage of the game, it’s difficult to decide whether the ball did, in fact, cross the line but it was this pivotal moment that handed England their only World Cup Trophy.

In 2009 France controversially stopped Ireland’s progression when the two teams were locked in a battle to qualify for the 2010 World Cup hosted by South Africa. The French, who had won the first leg of the fixture 1-0, had to win against Ireland in Paris on the return leg to progress, as did Ireland.

The winner of the game would determine who would progress to the finals and who would be knocked out. At 1-1, the game seemed to be a stalemate but, in the 103rd minute, France won a free kick just over the halfway line.

The ball was delivered into the penalty box towards the far post of the goal. At first it appeared that France’s star striker, Thierry Henry, had brought the ball down brilliantly and delivered it on to the head of William Gallas who scored the winning goal.

However, as the Irish players and the crowds had all noticed, Henry had stopped the ball with his left arm, then controlled it again with his hand before crossing it into the six-yard box.

Ireland was knocked out and France progressed – against the vociferous protests of the Irish team. Henry later apologized for the blatant handling of the ball and said that he was ashamed of his actions.

The 1990 World Cup in Italy was awash with controversy but none more than the infamous “dive’’ by West German striker Jurgen Klinsmann in the final against Argentina. Not strictly a controversial goal, the dive led to Argentina losing the final.

Argentina, no stranger to controversy after Diego Maradona’s “Hand of God” goal in the previous tournament, was tipped to hold onto their title before Klinsmann unceremoniously fell in a convulsing heap during the final.

His theatrics, which included an exaggerated convulsion and three rolls on the ground, resulted in the sending off of Pedro Monzon, an Argentinian defender, and gave West Germany a numerical advantage.

The game would eventually be settled by the awarding of an equally controversial penalty kick to West Germany after the referee had waved away several penalty shouts from the Argentinians earlier on in the game.

5. West Germany and Austria’s “One nil” 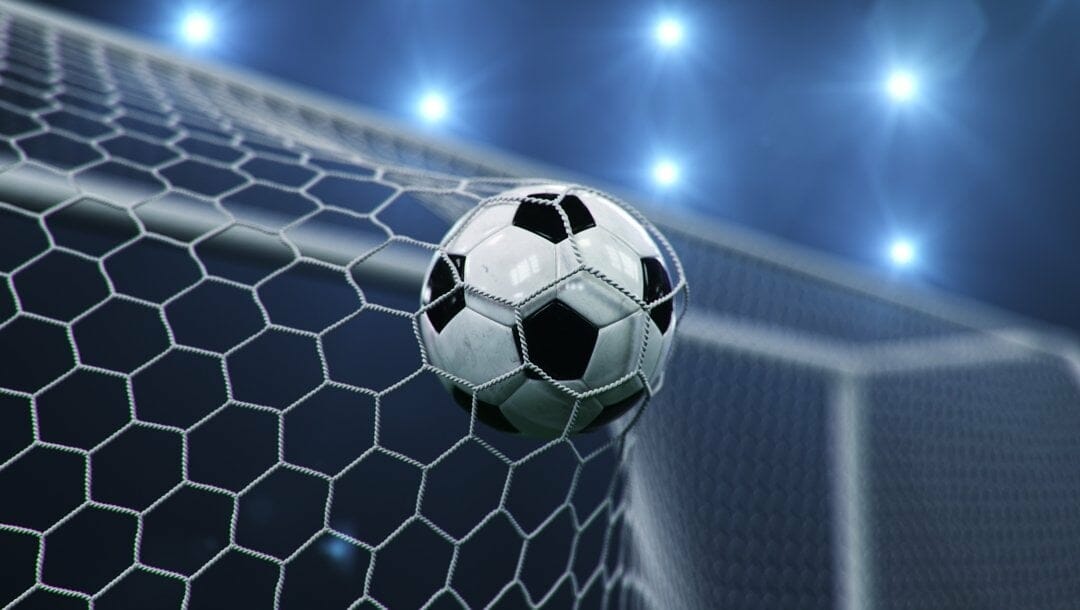 Based on Algeria’s result, West Germany had to beat Austria by 1-0 for both teams to progress at Algeria’s expense. Ten minutes into the game West Germany scored the goal and the game effectively stopped.

Both teams passed the ball around in an attempt to run down the clock and secure their spots in the knockout rounds. The West German manager, Jupp Derwall, was quoted as saying: “We wanted to progress, not play football.”

Win at the FIFA World Cup with BetMGM

Register with BetMGM to try your hand at soccer betting in the USA during the FIFA World Cup in Qatar this year. BetMGM will provide all the soccer odds, soccer betting lines and soccer betting predictions you will need to win at the world’s greatest soccer tournament.