The Most Popular Drinks at the Poker Table 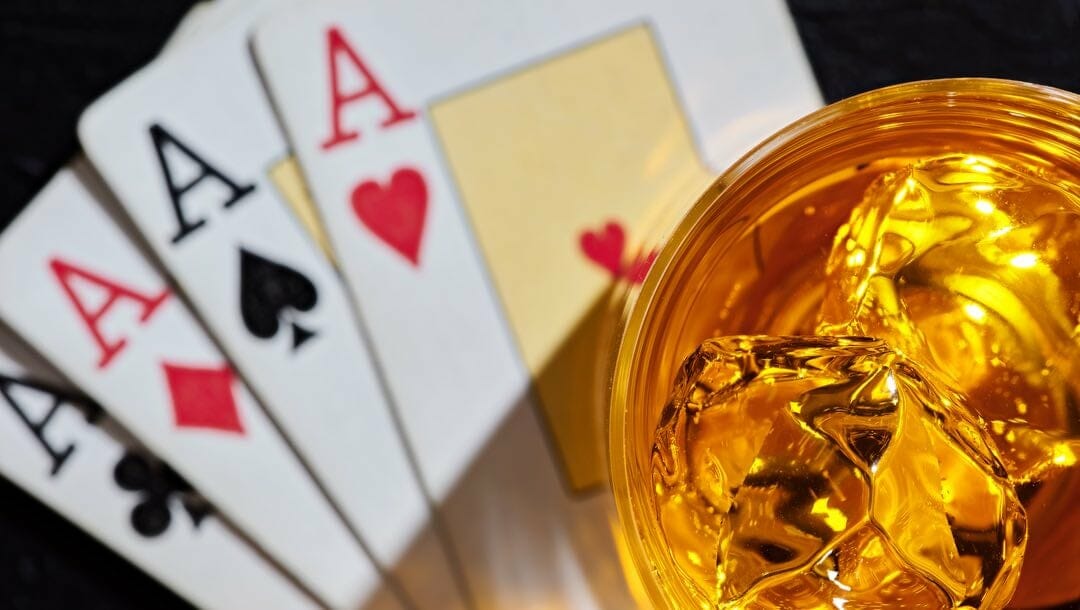 If you’ve ever been to a brick-and-mortar casino, you’ve probably noticed a few glasses of whiskey at the poker tables. Even James Bond enjoyed a martini while playing a round. Refreshments form part of a fun night out at the casino, helping to take the edge off and give players a boost in confidence.

Even so, the best poker players know the importance of a clear and focused mind. Whether you’re playing a casual game of online poker with friends or taking part in a more serious online poker tournament, your accompanying drink should never compromise your game. So, what are poker players drinking while playing Texas hold’em poker and other variations of the game? Let’s take a look.

You’re likely to have seen poker rooms in movies filled with cigar smoke and whiskey glasses, and there’s a reason this drink has become synonymous with the game. American whiskey and bourbon (a sweeter, more smooth type of whiskey,) in particular, were made to be savored. A small amount is served in a glass, sometimes “on the rocks”, which dilutes the drink and allows players to enjoy small sips, appreciating the purity of taste and aroma while playing poker. The advantages to this are twofold: firstly, because players are drinking slowly, they aren’t as likely to get intoxicated, which helps to maintain concentration. Secondly, because they aren’t drinking large amounts of liquids, their bathroom trips will be less frequent, again allowing for more focused gameplay.

A highball is a two-ingredient cocktail that contains a small amount of alcohol, usually two to three ounces, and a larger amount of a non-alcoholic mixer, usually four to six ounces. Typically served over ice and in a tall glass, highball drinks are popular among poker players as they are pleasantly refreshing and contain comparatively less alcohol, allowing players to retain their mental clarity.

There are several popular drinks in this category. 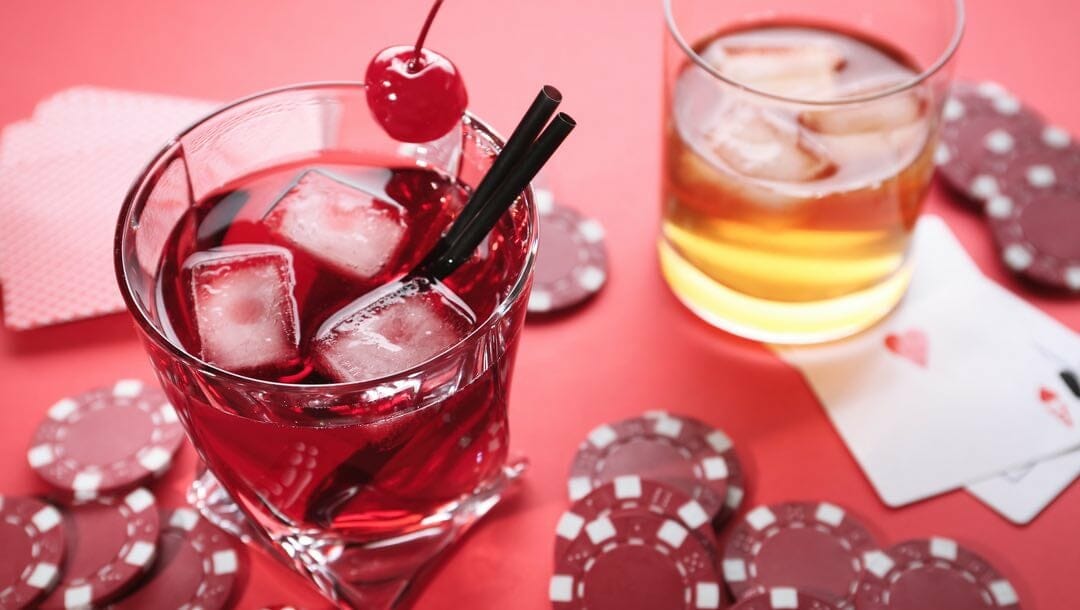 Those who prefer something a little more glamorous and slightly sweeter will probably go for a cocktail. The sugar content in these drinks can help keep players alert and engaged, especially after a few hours of play. Casino classics include martinis – 007-style, margaritas – a perfectly balanced blend, super refreshing mojitos, which just happen to be a great source of antioxidants, pina coladas for a tropical twist and Bloody Marys.

While energy drinks are more commonly associated with online gamers, there’s no doubt they’ve seen their fair share of poker players through the most grueling poker tournaments. For players who prefer to save their alcohol for after the game, energy drinks, as well as coffee and tea, are a great way to keep focused and engaged as caffeine has been shown to boost mental performance, memory and brain function.

Tips on choosing a drink

Whether you’re playing at home with friends, online or at a land-based casino, there are a few things to keep in mind when choosing the ideal drink.

A word to the wise

One of the best poker tournament tips is to stay sober when playing, especially during more serious or high-stakes games. Because poker requires strategy and concentration, every drink will ultimately risk your ability to play. It’s also important to take casino betting table game etiquette into consideration, as intoxicated players can ruin the game for everyone at the table. Remember to both drink and gamble responsibly.

Are you just getting started and looking for resources on how to play poker online with friends? Maybe you’ve been playing for years and are ready to make the move to online entertainment. Whatever your skill level, BetMGM provides a world-class poker experience. When you register with our online casino, you’ll get access to a huge selection of poker games, daily tournaments and a range of other online casino games.

The Most Common Poker Leaks and Fixes

Sign Up To Stand a Chance to Win $250,000 at the Friday Fifteen Poker Tournament

How to Exploit Passive Players in Live Poker