Our favorite moments from the 2019 NBA season so far

2019 has already given so much for NBA fans. The 2019 NBA playoffs at the start of the year brought many memorable moments. Most notably, the Raptors becoming the NBA Champions 2019 - the first Canadian team to do so. The NBA Finals 2019 score of 114-110 to the Raptors in Game 6 capped off a truly unforgettable season for the team from Toronto.

Looking back at those NBA finals highlights we might also have witnessed the end of the Warriors era. 2019 has not been kind to the Warriors roster, which has been riddled with injuries to key players. They have struggled this season and look in no shape or form like a team that appeared in five consecutive NBA Finals.

The NBA 2019 - 2020 season has already brought its share of memorable moments. The pace has been set and records have been broken. This season’s NBA game highlights have been full of clutch shots and last-ditch defensive efforts to secure knife-edge victories. Looking back at the season so far there have been some world-class performances from individuals and teams. Here are our favorite moments from the 2019 NBA season so far.

James Harden scoring 49 against the Timberwolves 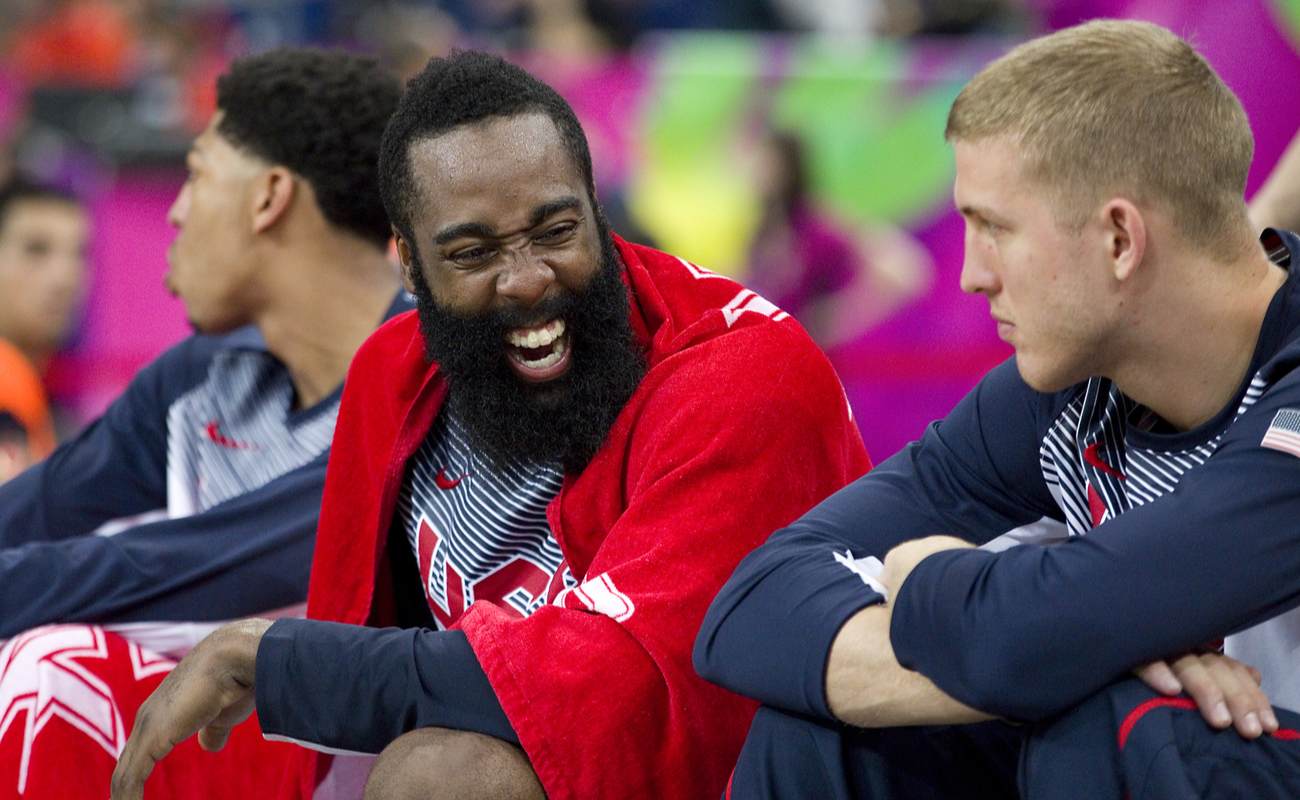 James Harden hit the ground running this season. He had 40-point games in five out of his first nine games of the season. This form helped the Rockets to an early-season eight-game winning streak.

A game that epitomized this streak was against the Timberwolves on 16 November. The Rockets won their seventh in a row, but Harden stole the show. He scored 49 points including 8-22 three-pointers and 9-11 free throws.

The Rockets would win their eighth consecutive game against the Trail Blazers but their NBA results have since taken a turn for the worse. The Rockets’ losing streak has seen them dropping down the Western Conference NBA standings.

Harden’s NBA scores and standings have not dropped as much though. He currently tops the NBA stats for both points scored and three-pointers made. Harden has topped the NBA rankings for regular-season points made for the last two seasons. With Curry’s injury, he looks set to take the three-points made rankings as well.

When looking back at the NBA scores and highlights from the Rockets season, you’ll be sure to see Harden dominating the scoring. The game against the Timberwolves was the perfect example of this.

LeBron James is hands down one of the best NBA players of all time. He has dominated the NBA for close to two decades and looks to be in championship-winning form once again this season.

On 19 November, James became the first player in NBA history to record a triple-double against all 30 NBA teams. He achieved this in the game against the Thunder, where he scored 25 points, 11 rebounds and 10 assists.

Watching the NBA highlights from the game, you can see how James has been scoring points but also setting up his teammates. James is currently leading the NBA players in assists this season. The addition of Anthony Davis to the Lakers roster has been as smooth as any Lakers fan could have hoped for. The Lakers look set to make the NBA Playoffs for the first time in six seasons.

The Lakers currently top the NBA power rankings and are looking increasingly strong as the weeks go on. With James and Davis showing natural chemistry, you could see the Lakers as NBA champions in 2020. 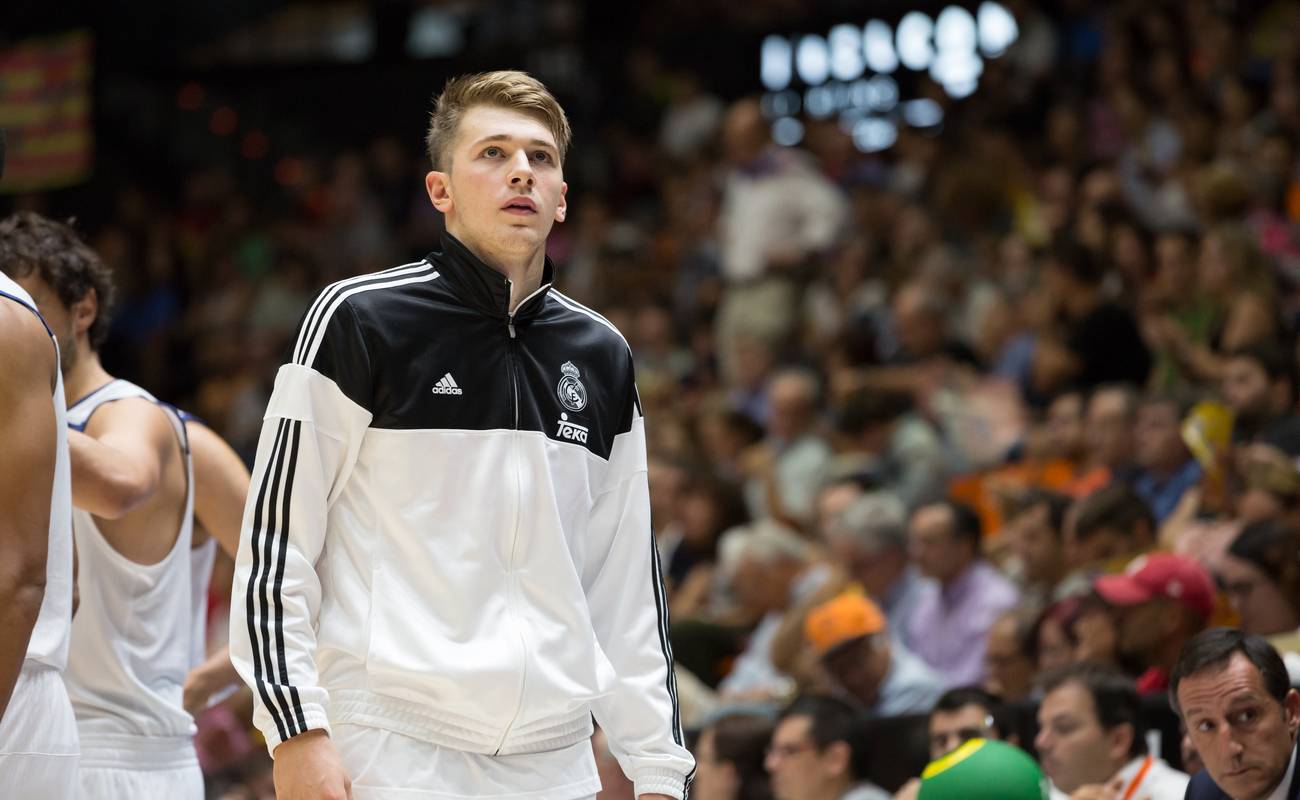 Luka Doncic has made the biggest impression since joining the NBA in the 2018 NBA Draft. He won the 2019 NBA Rookie of the Year award and has continued to raise his game this season.

In the NBA rankings, 2019 has shown Doncic not to be a one-hit-wonder. He is second overall for points and assists, behind Harden and James respectively. Not surprisingly, he has already been linked to become an NBA All-Star 2019 selection.

On the same night that LeBron James made NBA history against the Thunder, Doncic added his name to the books as well. Doncic became the second-youngest player to score a 40-point triple-double on 19 November against the Spurs. Perhaps the NBA highlight of the game is when Doncic passes a full-court assist to Dorian Finney-Smith in the third quarter.

Doncic, along with 2019 NBA Draft first-round pick Ja Morant, leads a youthful group of NBA players that look set to dominate the NBA for years to come. 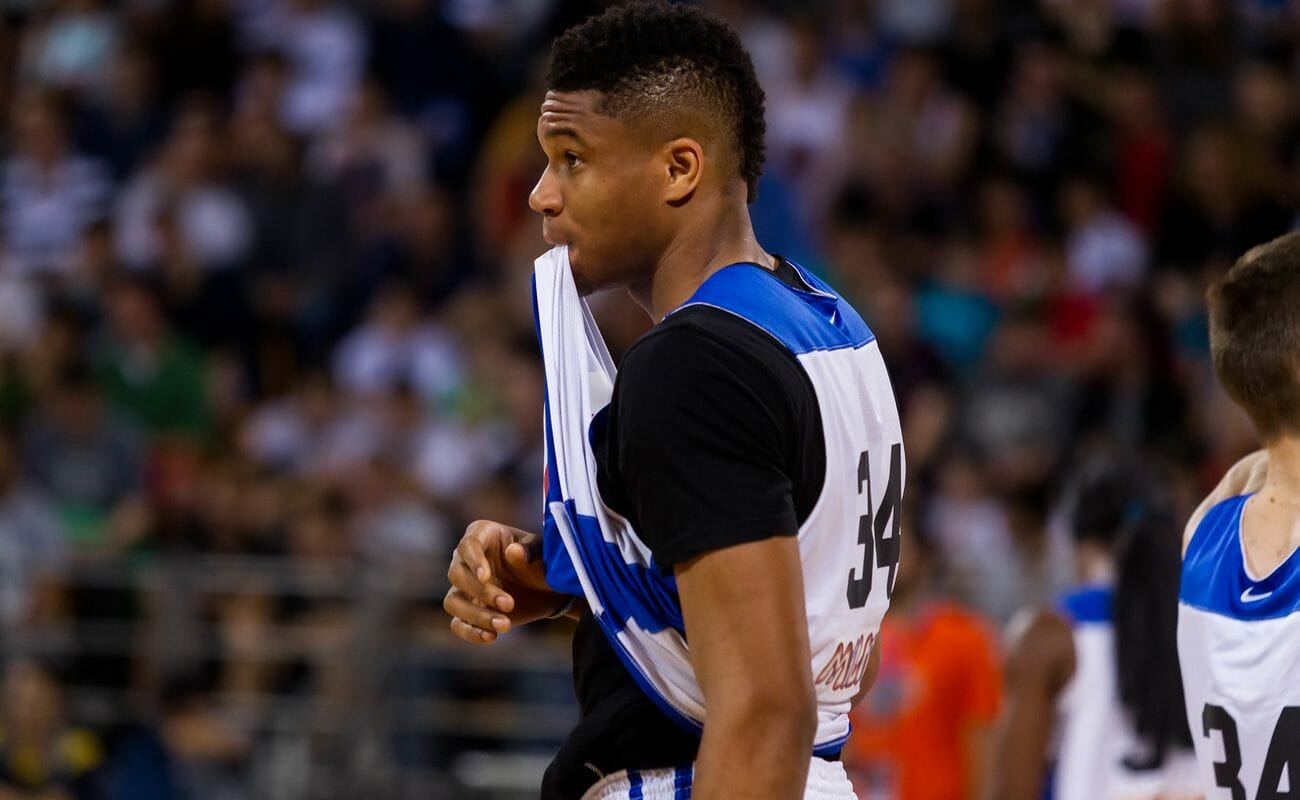 Giannis Antetokounmpo had an excellent season last year, winning the 2019 NBA MVP award. This season he looks on course for a second consecutive MVP. This despite constant NBA news and rumors about his future with the Bucks.

In the NBA playoffs’ 2019 Conference Finals, the Bucks lost out to the Raptors. It’s thought that the Bucks will need to do as well or better if they hope to sign Antetokounmpo to a new contract.

Almost every Bucks game in the NBA 2019 - 2020 season has had highlights dominated by Giannis Antetokounmpo. The best however is against the Trail Blazers on 21 November. Giannis recorded a career-high 15 assists to show that he is constantly pushing himself.

Looking at the Eastern Conference NBA standings, 2019 has been dominated by the Bucks and Antetokounmpo. They’ll be hoping to turn that dominance into championship rings and a new contract for Giannis.

Leonard and George’s first game together 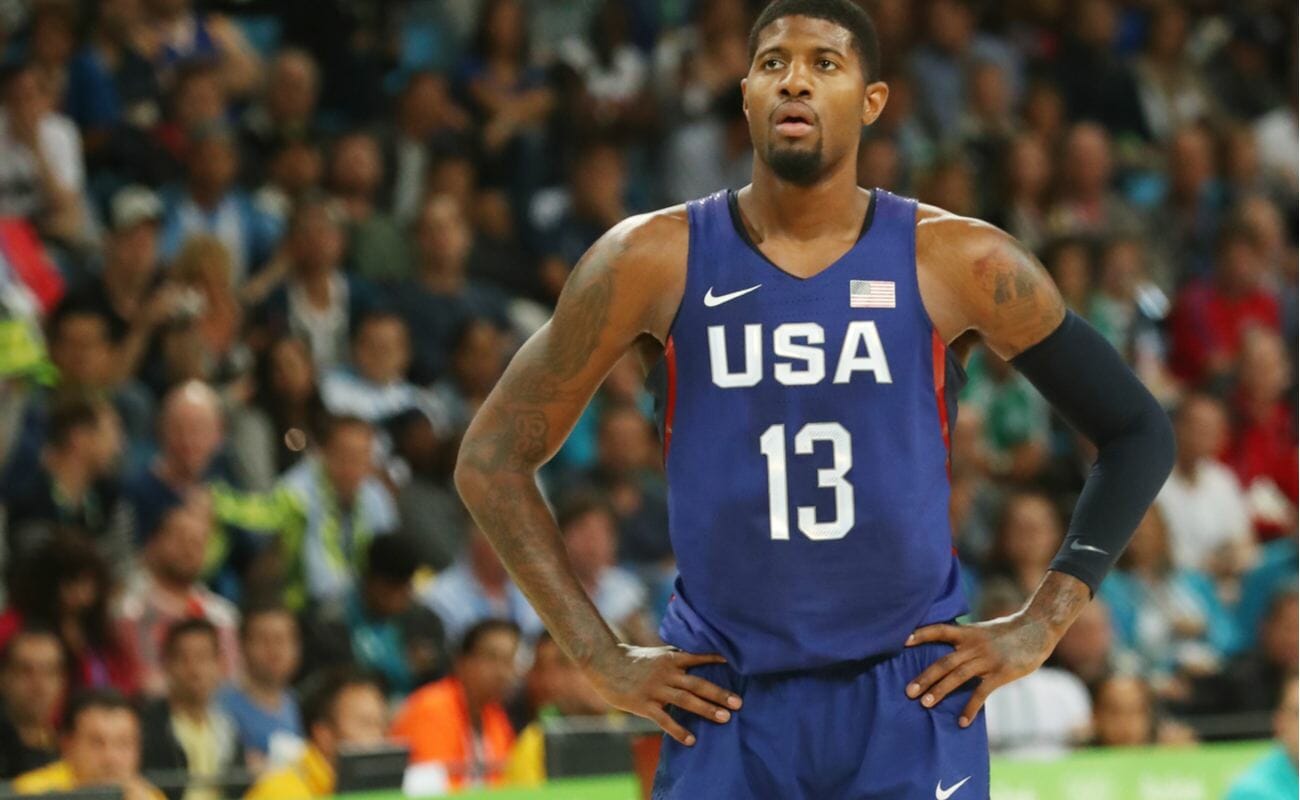 While recent years have seen the Clippers raise their NBA standing, 2019 has the potential for them to take it further. This is due to the additions of Kawhi Leonard and Paul George to their roster. Anybody who watches the NBA, and particularly the NBA Playoffs highlights from last season, will know what Leonard and George can bring on the court.

Clippers fans have had to be patient though. George had to recover from double shoulder surgery and Leonard has been in and out of the side with injuries. Their first game together would ultimately be against the Celtics on 20 November.

It turned out to be one of the best NBA games of the season so far. Both the normal time and overtime ending with clutch shots. The Clippers secured an overtime victory of 107-104 with Leonard and George combining for 42 points and 11 assists. Leonard and George’s chemistry should only improve. If this is the baseline, it will be an exciting season for Clippers fans.

Curry’s broken hand against the Suns 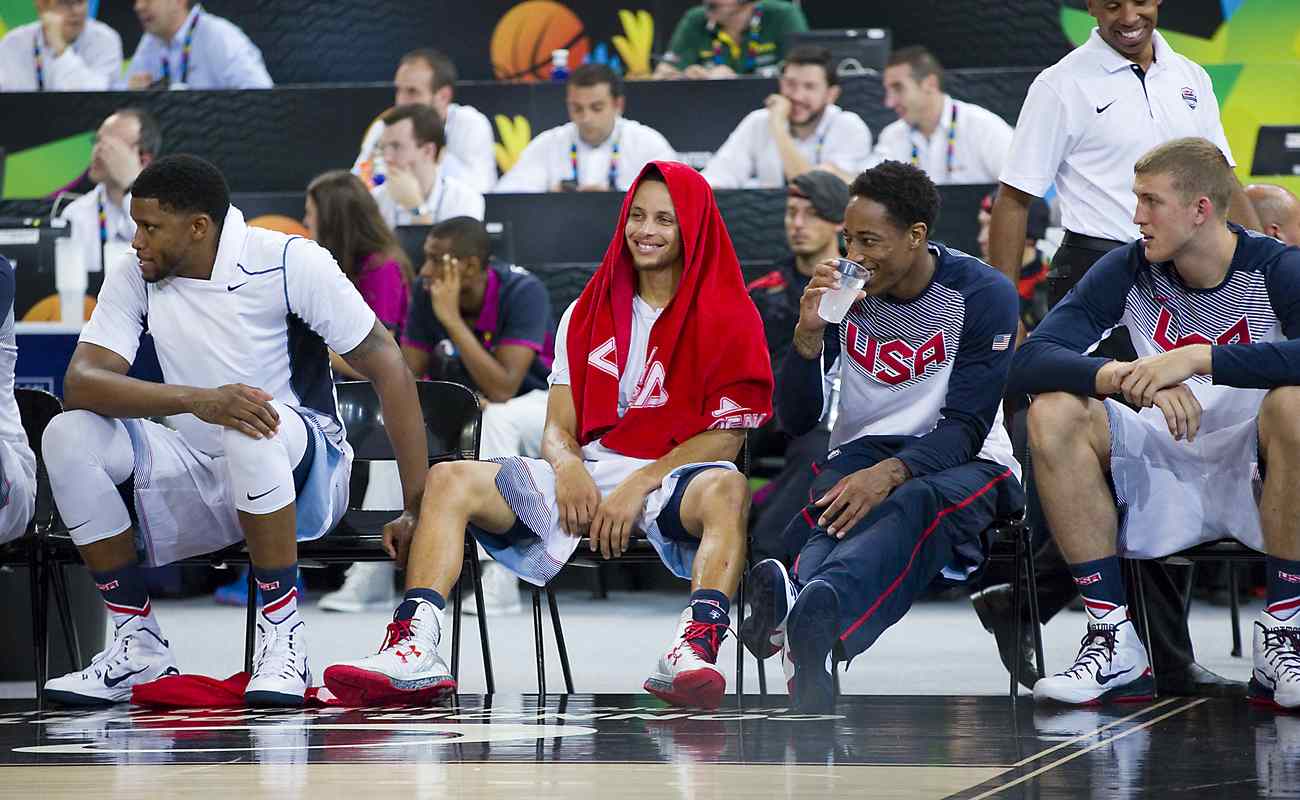 This certainly isn’t a favorite moment of the season, but it certainly has been impactful. The Warriors have had a terrible start to the season. The game against the Suns on 30 October was perhaps the final straw. Curry broke his hand after an unfortunate fall with Aron Baynes falling backward onto his hand.

This was a hammer blow after the injury and loss of Durant at the end of the previous season. For those who watched the NBA All-Star game highlights will know what quality Durant brought to the Warriors.

Since Curry’s injury the Warriors’ NBA scores have been way below expectations. At this rate, you wouldn’t expect to see a Warriors player making the next NBA All-Star highlights package.

You can bet any sports fan will remember their favorite moments. Predicting that they will happen is another thing altogether, yet some are able to. While you’ll find many sports betting tips online, the best thing to do is to research the teams involved. Sports betting has more to do with knowledge than intuition.

Once you’ve researched the teams involved, learning how to bet on sports is simple. Place a small bet to understand the difference between sports betting lines and sports betting odds. Don’t wager large amounts until you have grasped the basics.