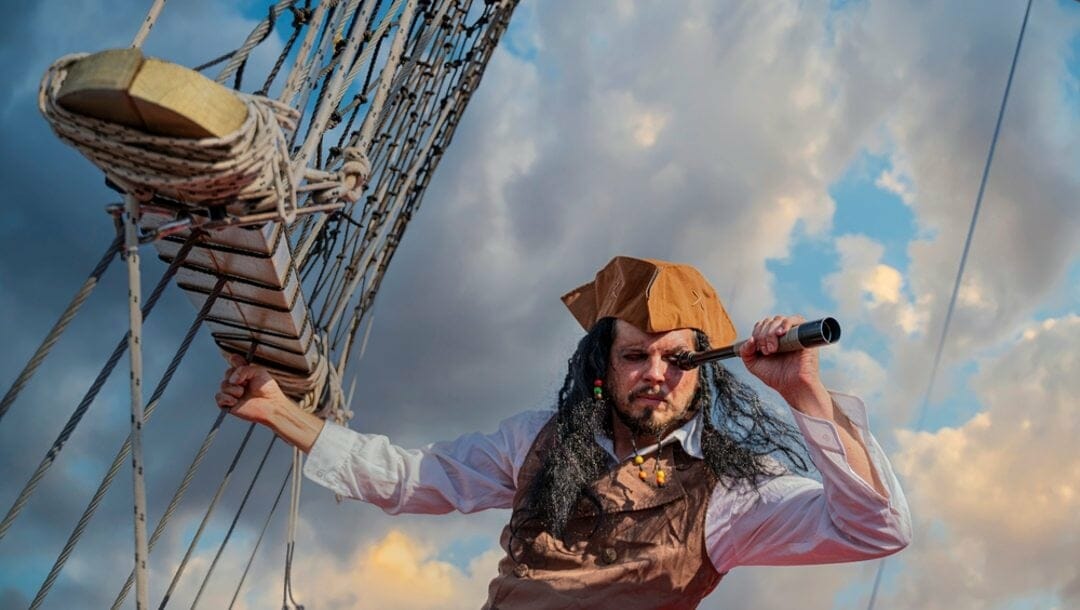 The great thing about online casinos is that they offer a wide variety of online casino games and some of the best online slots. In fact, you’re spoiled for choice when it comes to the slot machine themes that you can explore. Among them are pirate-themed slots, such as Captain’s Treasure and Rage of the Seas.

If this is something that’s right up your alley, then it’s no wonder you may be looking to brush up on your pirate lingo. Whether you’re preparing for International Talk Like a Pirate Day or are simply looking to get into character for one of the popular pirate slots, we’ve got you covered.

Commemorated annually on 19 September, International Talk Like a Pirate Day’s origins can be traced back to 1995. Not only is it a fun and light-hearted occasion, but it’s also the perfect excuse to unleash your inner child. Why? Well, nobody can give you a weird look if you decide to walk around greeting everyone with an “Ahoy, maties!” or an “Ahoy, me hearties!”

What started out as an inside joke between two friends has spawned an internationally recognized day for all things pirates! International Talk Like a Pirate Day came about as a parodic holiday created by John Baur (Ol’ Chumbucket) and Mark Summers (Cap’n Slappy) of Albany, Oregon. At the time, they humorously declared that the day should be dedicated to talking like a pirate, no matter where you are in the world.

If your pirate lingo and jargon are very limited, worry not. This guide will make sure you aren’t cast adrift on the ocean.

You’ve probably come across these words and phrases in a pirate movie, book or while playing real online slots with a pirate theme. Below are just some of the commonly used terms for you to familiarize yourself with and truly immerse yourself in pirate culture.

Abandon ship: This phrase is used even in everyday life and conversations. It’s an order to stop what you’re doing immediately. It’s typically used in the face of danger or an impending threat. Chances are, you’ve probably encountered this phrase in just about any pirate slot machine.

Ahoy: Possibly the first pirate slang word that people learn. This one simply means “hello” and is used as a common greeting.

Avast ye: A command that means to “pay attention or listen.”

Aye, aye: This popular phrase means “yes, I understand.” It can also be used in agreement.

Blow the man down: Simply means “to kill someone.”

Bring a spring upon her cable: This is often done as a surprise or unexpected move, meaning “to come from a different direction.”

Bucko: This is the lesser-known term for “friend” or “companion.”

Chantey (also known as Chanty, Shantey or Shanty): Reference to a song sung by pirates to the rhythm of their movements while working. This is something that’s still widely evident among sailors in parts of the world today.

Dead men tell no tales: An expression that means dead people will not betray any secrets. It’s often used as a threat to kill someone or a way of saying there were no survivors.

Feed the fish: A rather ominous and dark pirate phrase, this one means “about to die.”

Jolly Roger: Much like how every country has a flag that it’s associated with, the Jolly Roger is the formal name of the iconic black pirate flag. The flag associated with pirates features a white skull and crossbones. It’s typically hoisted when a ship is preceding or under attack. 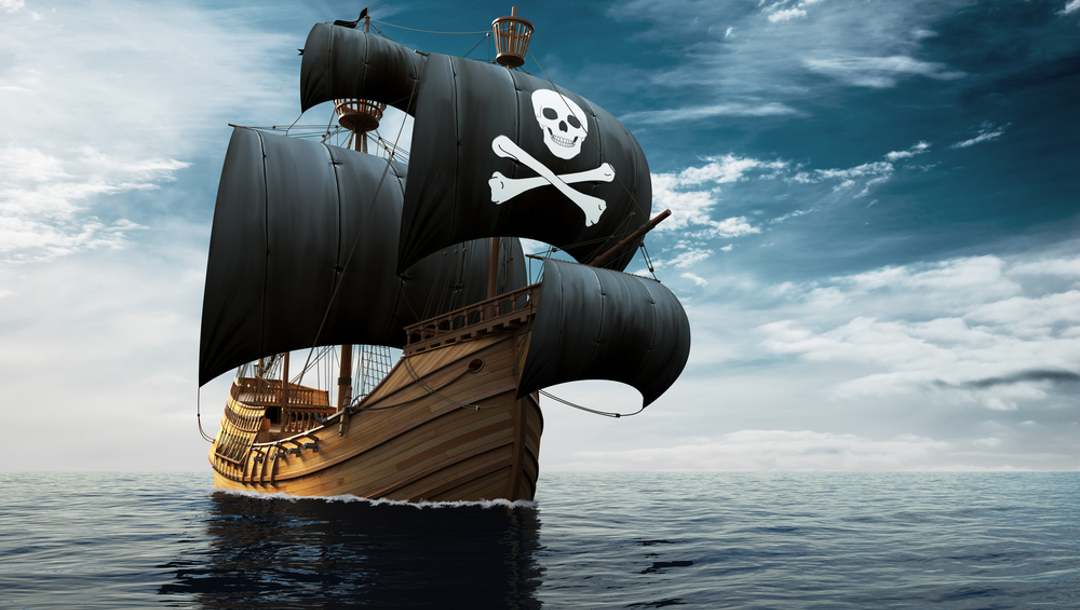 Marooned: In pirate slang, to be marooned means to be abandoned with no food, drink or possessions; to be left stranded.

Me: This term needs very little explanation; it quite simply means “my,” as in, “Ahoy, me hearties!”

No prey, no pay: This phrase dates back to pirates from the 17th century. It’s a pirate law that means the crew didn’t get paid, but took a share of any loot. In a way, it’s a term used to reference a form of remuneration for pirates.

Run a rig: To play a trick or joke on someone.

Scallywag: This is what a pirate would call someone they don’t trust.

Scuttlebutt: This is slang for gossip in pirate terms. In the 19th century, pirates used to gather around a water butt on a ship and gossip. In modern-day terms, you could liken it to office gossip at the water cooler!

Seadog: A term used to refer to an old or experienced pirate.

Shiver me timbers: This is an exclamation of surprise associated with the violent movement of a ship’s timber decking upon a violent sea. It was popularized in works of fiction, including Disney’s 1950 adaptation of Treasure Island.

Son of a biscuit eater: This is a derogatory term used to express great disdain for someone; an insult. 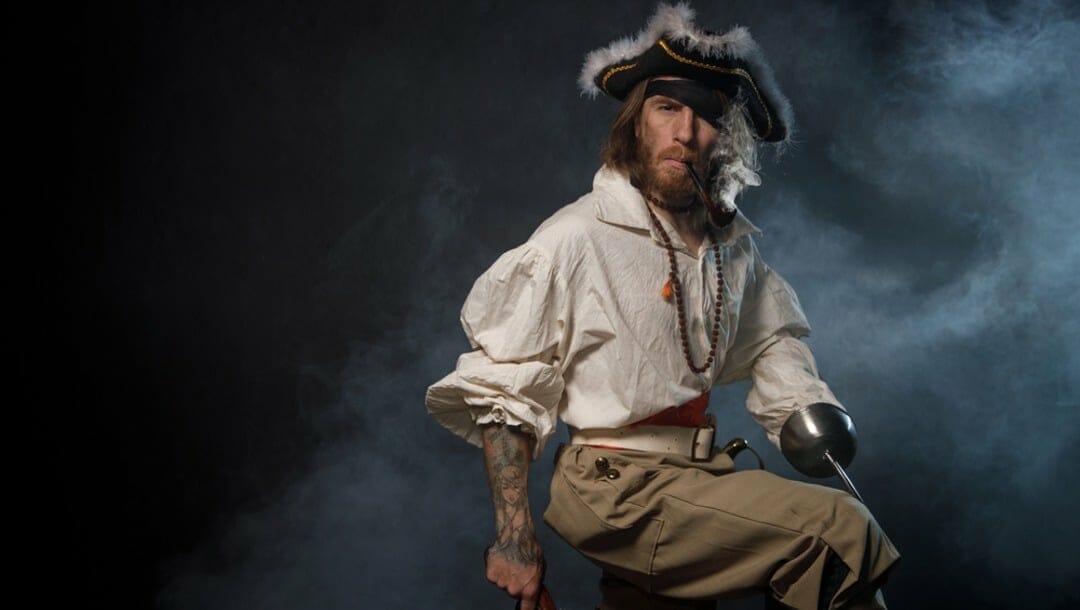 Ye: Undoubtedly one of the most common pirate terms, this one simply means “you.”

Enjoy some of the best pirate-themed games at BetMGM

To enjoy a premium gaming experience and put the pirate lingo that you’ve just learned to use, you can immerse yourself in our online casino. From live dealer casino games to a host of other assorted slots, we’ve got it all. Play slots online for real money and potentially win big when you sign up at BetMGM.