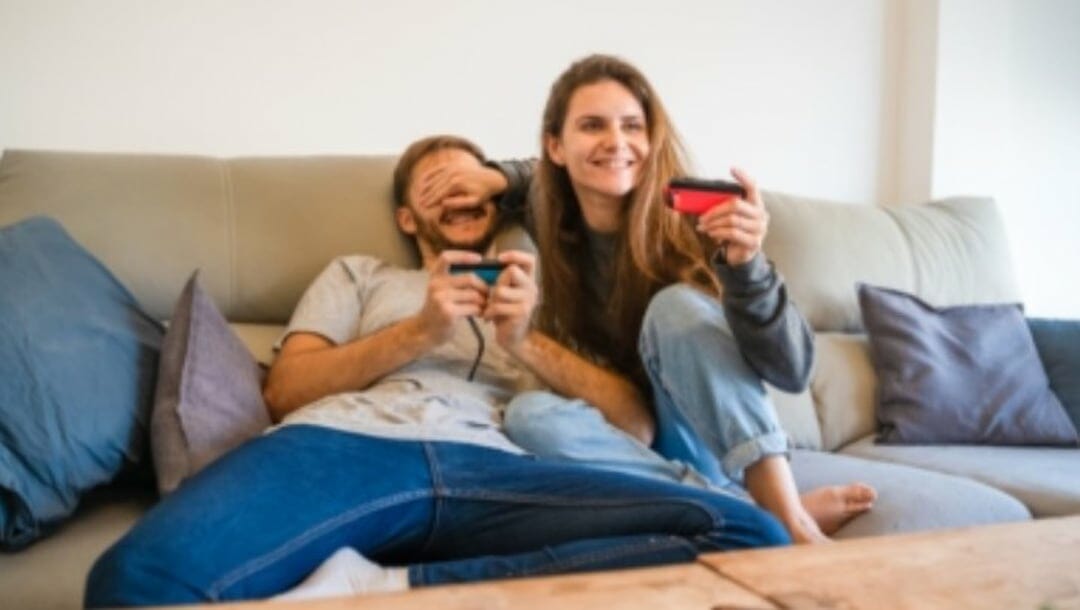 Are you a fan of online slots and other gambling games? And are you wondering what Nintendo casino games are available for you to play? Well, wonder no more! Whether you’re interested in casino games for the Switch or gambling games for another Nintendo device – including some of its more retro machines – you can find out what you can play right here.

Take a look at our list of the top virtual-money casino games that you can play on your Nintendo machine!

Back in the early 1990s if you were interested in gambling games on the original Game Boy or Nintendo Entertainment System (NES), you didn’t have a huge number of options. Thankfully, though, there was Caesars Palace from Arcadia Systems. This licensed title was based on the famous casino on the Las Vegas Strip and featured several great casino games. These included blackjack, the Big Six money wheel, roulette, three slot machines and video poker. This game lets you get a taste of online casino game action!

Unlike most casino video games, which focus on just recreating a certain number of casino games, Vegas Stakes tried to offer the player a bit more than just fun gambling games. Developed by HAL Laboratory for the Game Boy and Super Nintendo Entertainment System (SNES), the game opens with a car making its way to Las Vegas. In the car are four friends, and while they all have their own motivations for being there, each of them hopes to strike it big in the casinos!

After the cutscene ends, the player finds themselves at a casino with $1,000 to their name. From here, the player’s goal is to reach $10 million without going bust. Players can play blackjack, craps, poker, roulette and slot machines in the hope of reaching their dream winnings. But if they run out of money, it’s game over. You can also interact with the friends you traveled to Vegas with, as well as a few casino patrons. This is definitely a great game if you’re looking to try out some online slot machines, as you will find plenty of slot action in Vegas Stakes. Go ahead and play some of the most popular card games of all time!

If you had a Nintendo 64 (N64) and wanted to know how to play casino games on a console, you were limited to one game: Golden Nugget 64. This, like Caesars Palace, was based on a real casino from the Strip, albeit one that wasn’t quite as world-renowned.

Despite being the only gambling game available on the N64 in North America, the developer, Westwood Studios (which was known for great PC games, including Command & Conquer,) didn’t shy away from features and content. Not only did Golden Nugget 64 have a single-player mode, but it also offered multiplayer – a feature that wasn’t included in many console casino games at the time – and also had quite a large number of mini-games. These included:

If you liked casino games but couldn’t get to an actual casino, this title had a lot to offer! While it isn’t available on Nintendo’s online store today, you can still pick up the original N64 game via Amazon or eBay if you have the console and you’d like to give this game a go.

Thankfully, if you like to play casino games and own a Nintendo Switch, you don’t have to worry about an absence of quality titles on the gaming giant’s latest console. The first entry on our list is Vegas Party, which was developed by Raylight Studios. This game offers a variety of modes and also lets you choose from one of eight characters, including a James Bond lookalike, a beautiful blonde in a red dress, a cowgirl and a nerdy young man.

Across 17 casinos and 18 different environments, up to four players get to play 10 fantastic casino-themed mini-games, including baccarat, bingo, blackjack, roulette and Texas Hold’em. But beware, some of the different modes offer their own twists (such as natural disasters) to spice up the gameplay!

If you like the idea of visiting a virtual casino, then The Four Kings Casino and Slots game is for you! Developer Digital Leisure has created a game that puts you in the shoes of a customized virtual patron at a digital casino that’s filled with other real players. Even though you’re competing for virtual money in a virtual world, the people you see are also being controlled by other players from all around the globe, so you’ll never feel alone. The Four Kings gaming environment is also constantly changing, with new events, items and rewards to earn when you play in this virtual world.

While the social element and in-game rewards are undoubtedly something to look forward to, you may be wondering about the mini-games on offer. Players get to enjoy many gambling games, including blackjack, roulette, Texas Hold’em, video poker and (of course) slots when they visit this virtual casino. If you’re interested in a casino title that offers more than just casino games, you’re bound to enjoy this modern Switch title. Playing The Four Kings and Casino and Slots is also a great way to learn some casino card game rules for when you head out to a real casino.

For those of you who are looking for more varied gameplay, you might be disappointed with Video Poker at Ace’s Casino since, as you may have guessed, this title only offers video poker. However, if you’re a fan of the game and are looking for a fun experience, then you should definitely check out this title from Digital Game Group.

This is a single-player-only title that comes with three different takes on video poker: Dem’ Bonez, See the Sea and Old School. Each of these video poker games comes with its own unique look and feel, so you can “switch it up” on the Switch whenever any one of the games gets a bit stale.

Play great casino games on a variety of devices