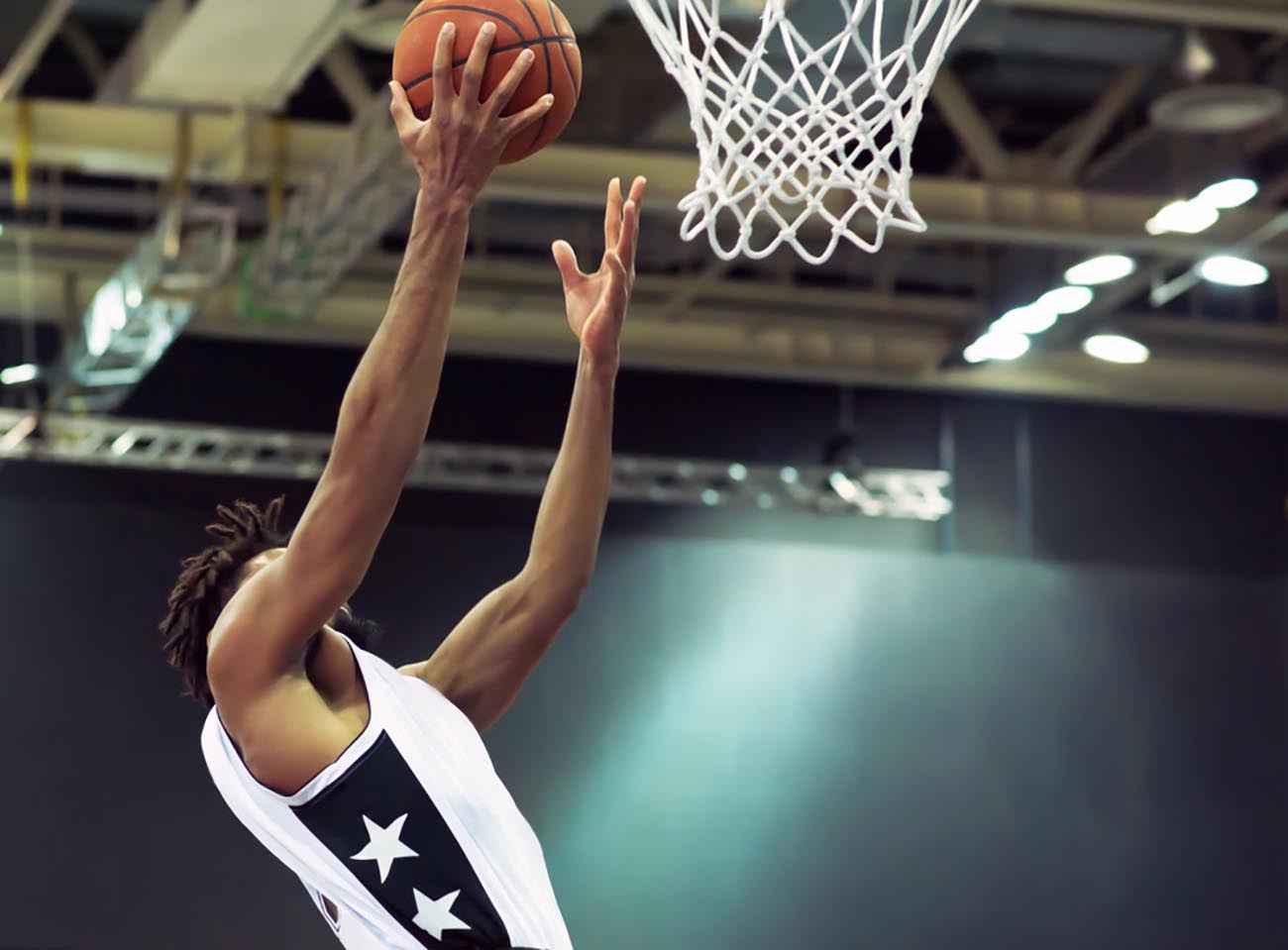 The 2019-2020 NBA season is underway and we’re already starting to see which NBA trades have paid off. The NBA draft has also brought in a host of young talent, but most will need an adjustment period as they settle in the NBA after playing college ball. Looking ahead at the season, there are so many talented NBA players to watch, week-in and week-out. After all of the NBA trade rumors and hype, it all comes down to what happens on the hardwood. Here is a list of the top 10 NBA players to look out for this season. Season-debilitating injuries have been taken into account, so players like Stephen Curry won’t be included in this list after his broken hand. 2019 NBA draft players have also been excluded as they’ll first need to prove their ability this season before they can be included in this list. 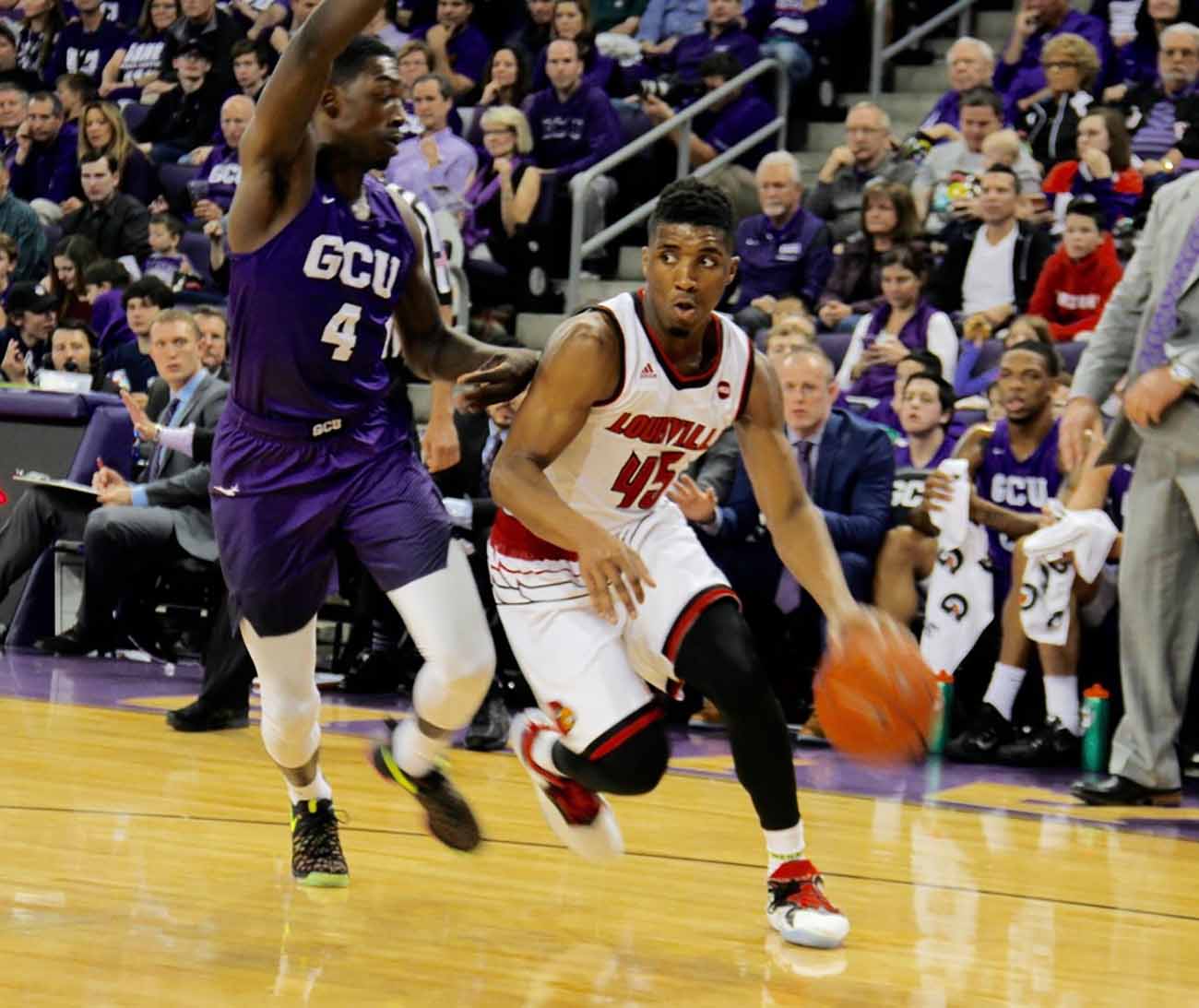 Donovan Mitchell is the fastest NBA player this season. He is more than just speed, as he can hesitate and destroy you in the blink of an eye. He is already averaging over 20 points per game this season and will be looking to make his third consecutive NBA playoff appearance with the Jazz. If he can improve his decision making, even slightly, he’ll be a thrilling player to watch this season.

Kemba Walker probably isn’t in many top 10 NBA player lists over his career to date, but don’t let that fool you. He has consistently improved his game. In terms of the most improved player, NBA fans need to look no further. Walker has improved his ability in pick-and-rolls over recent seasons. This season, he has already scored over 40 three-pointers. Walker is certain to be an integral player if the Celtics make the NBA playoffs. He has already carried the team to their early-season wins.

Luka Doncic has been one of the surprises of the season so far. His performances after arriving from Real Madrid have promised as much, and yet he still exceeds expectations. Last season he won the NBA Rookie of the Year Award. This season, Doncic continues to impress. He is in the top ten NBA player rankings for points per game and top three for assists per game. All at the age of 20. There is no doubt that he will be one of the top NBA players this season and beyond.

Damian Lillard continues to terrorize even the best defensive players in the NBA. Last season he had the third most three-pointers. He also has the vision and self-awareness to set up teammates, which constantly keeps defenders on their toes. This season Lillard is averaging over 30 points per game with over 40 three-pointers. He’ll be hoping that the Trail Blazers find their form for a push to the NBA playoffs. 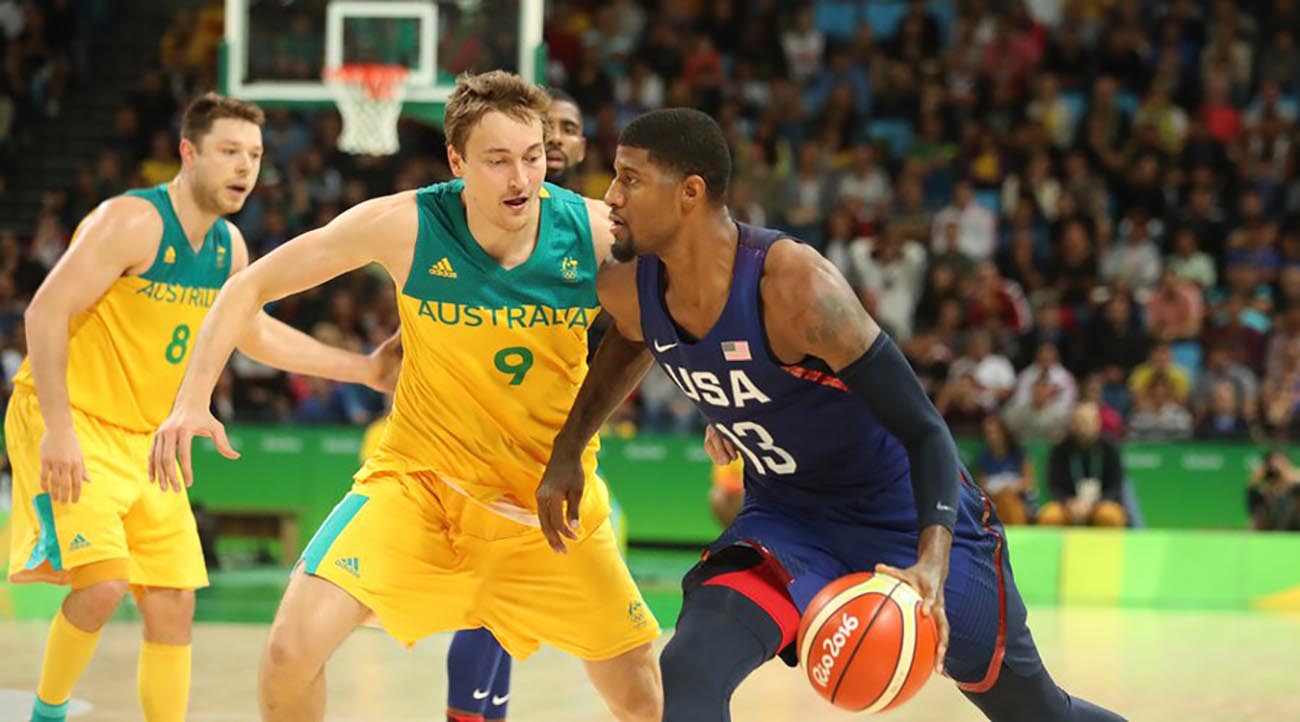 Paul George, the six-time NBA All-Star, was traded to the Clippers before the beginning of this season. This coupled with the arrival of Kawhi Leonard, has significantly strengthened the Clippers. George underwent two shoulder surgeries in the offseason but is back to full fitness and some of his best form. In his first two games of the season, George had 30-point games. This included becoming the fastest NBA player to score 31 points in less than 21 minutes. Make no mistake, George and the Clippers mean business this season.

Kawhi Leonard has won two NBA championships and was the NBA Finals MVP in both. Although recent seasons have had issues with injury concerns, there is no doubt that Leonard is one of the best players in the league. He can average a 20-point season, but can also defend phenomenally. He has won the NBA Defensive Player of the Year two times in his career. If it were realistic that Leonard would play a full season, he would certainly be closer to number one on this list. Keep an eye on NBA player news to see when he is in the lineup. He is one of the best NBA players of recent years, and together with Paul George, could achieve something special with the Clippers. 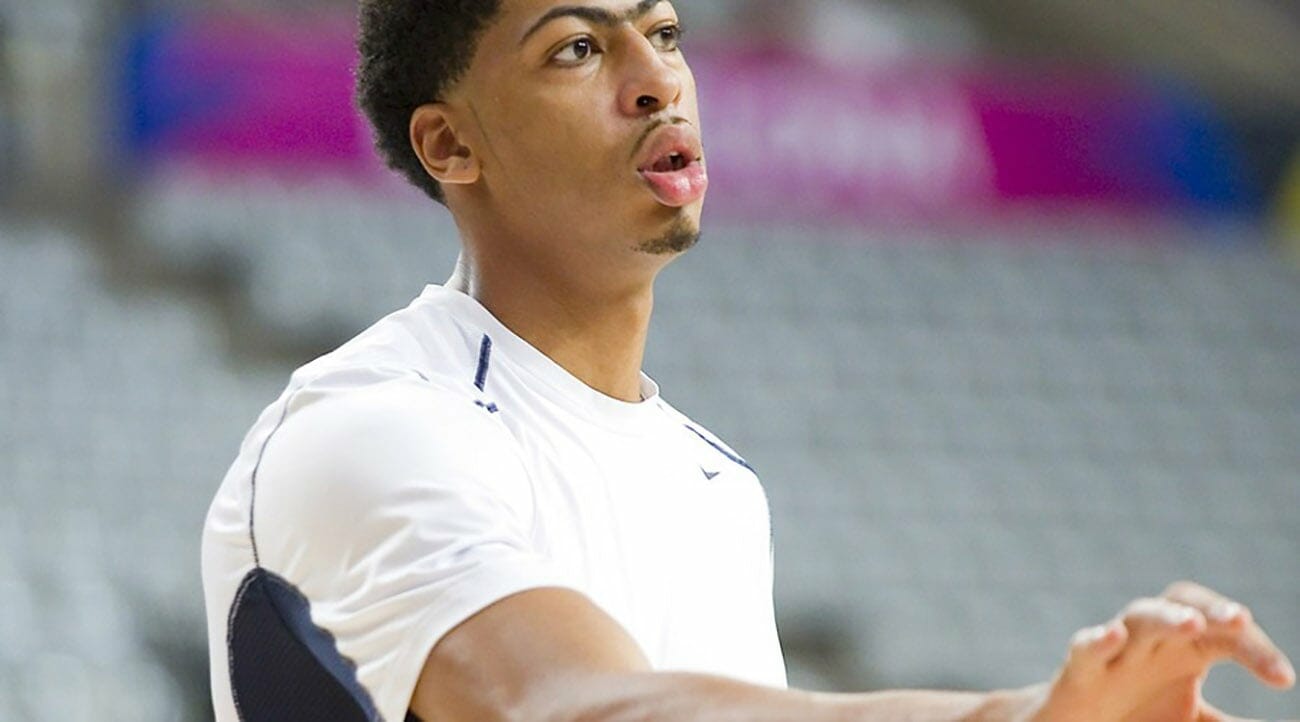 Davis might have created a few enemies in New Orleans with his protracted move to the Lakers. The NBA rumors were relentless for months, until NBA news outlets announced his trade. Despite this, Davis’ talent on the court cannot be doubted. Davis is a six-time NBA All-Star who has consistently performed throughout his career. This season, he has already topped NBA player stats in blocks per game and is averaging over 25 points per game. LeBron James might give Davis the leadership he has needed in his career, and the two could achieve great things this season with the Lakers. The Lakers are on a six-season NBA playoff drought. They currently top the Western Conference in the NBA standings and should end the drought this season.

LeBron James needs no explanation as to why he is one of the top players to look out for this season. This season, James will be hoping to surpass Kobe Bryant into the top three NBA points scorers of all time. There can be no NBA player comparison when it comes to a player you want in your roster during the playoffs. His game always finds an extra gear. He has won three NBA Finals and been awarded the NBA Finals MVP in all three. Has three All-Star Game MVP awards in teams with some of the best NBA All-Star players of the last fifteen years. This season he seems more focused on setting up others. He currently tops the NBA player stats in assists. Perhaps he is taking a leaf from Udonis Haslem, former teammate and one of the best undrafted NBA players still playing, in being the glue for his team. Of all NBA players who are on this list, Giannis Antetokounmpo has the strongest engine. He is all over the court and can dominate both attack and defense. At 24 years of age, he is just about in his prime. This season he has already ranked second in the NBA player stats for both points per game and rebounds per game. Antetokounmpo is currently on course to win the second consecutive NBA MVP award for the season. Forget the NBA mock draft releases, Antentokounmpo’s future beyond this season will be the bulk of NBA news stories. The Bucks will want him to sign a new contract, but he will also be eligible to become an unrestricted free agent in 2021.

James Harden is the current king of the three-pointers. When looking at the NBA scores after a gameweek, you’ll be sure to see Harden hitting impressive numbers. Having made over 60 three-pointers this season already, Harden currently tops the NBA player stats for both points and three-pointers. Harden has been central to the Rockets winning streaks in recent seasons, and they look set to launch another this season. If they can maintain this form, Harden will be desperate to add an NBA championship ring to his illustrious career. 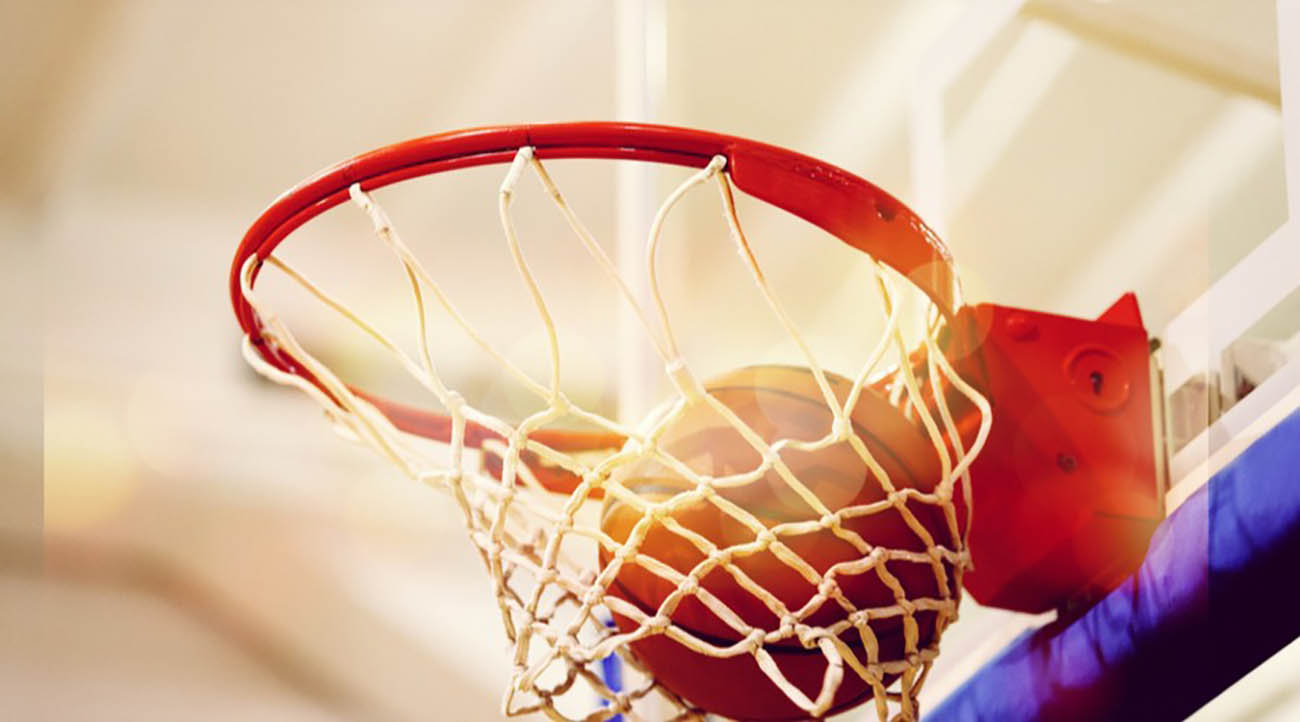