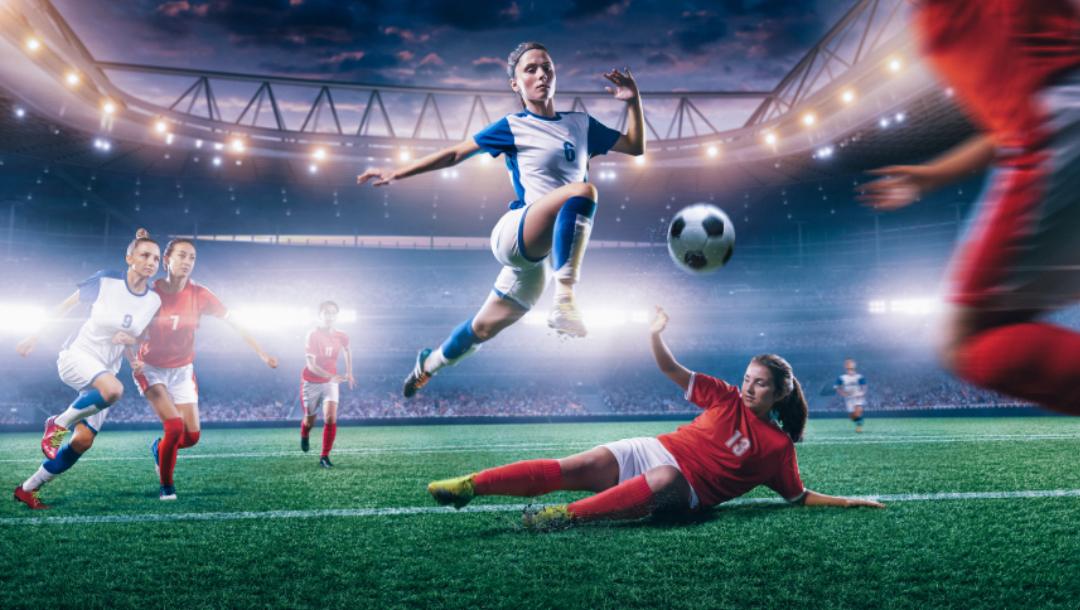 Since the end of lockdowns across the world, women’s soccer has grabbed the headlines as popularity and equity in the sport took flight. In July of 2022, England won their first ever Euros against Germany to a record crowd of 87,192 at Wembley; while South Africa won their first African Cup of Nations against hosts Morocco to a sell-out crowd.

In February of 2022, the US women’s national soccer team won a landmark case against the US Soccer Federation, forcing the organization to establish equal wages for women players and pay out tens of millions of dollars in back-pay.

This is, indeed, an exciting time for women’s soccer. For all you soccer betting aficionados who love to bet on soccer games and keep up with players favored by soccer odds, we’ve created a list of the top women’s soccer players in the world right now.

Putellas shot to the top of the world rankings after a fantastic 2021 season and won the top honor in women’s soccer, the Ballon d’Or Feminin, in the process. She also won the UEFA Women’s Player of the Year Award and The Best FIFA Women’s Player Award – all in the same season.

The Spanish midfielder has won six league titles with her club Barcelona and led them to a continental treble (domestic league, domestic cup and continental cup) in 2021.

Putellas captains both her club and national team. She’s scored 135 club goals in 329 appearances, most of which (271) she scored at Barcelona. She has represented Spain 100 times, more than any other woman player and scored 27 goals at the international level.

Kerr, a consistent star on a seemingly unstoppable rise, is often considered the top player in the world. Starting her career at Perth Glory in Australia, Kerr has worked her way through Australian top flight before a big-money move to Chelsea in the English Women’s Super League (WSL.)

The Australian forward has won a Golden Boot in the WSL, and, since joining Chelsea, has scored 42 goals in 46 appearances. She has represented her country 110 times, scoring 59 goals. 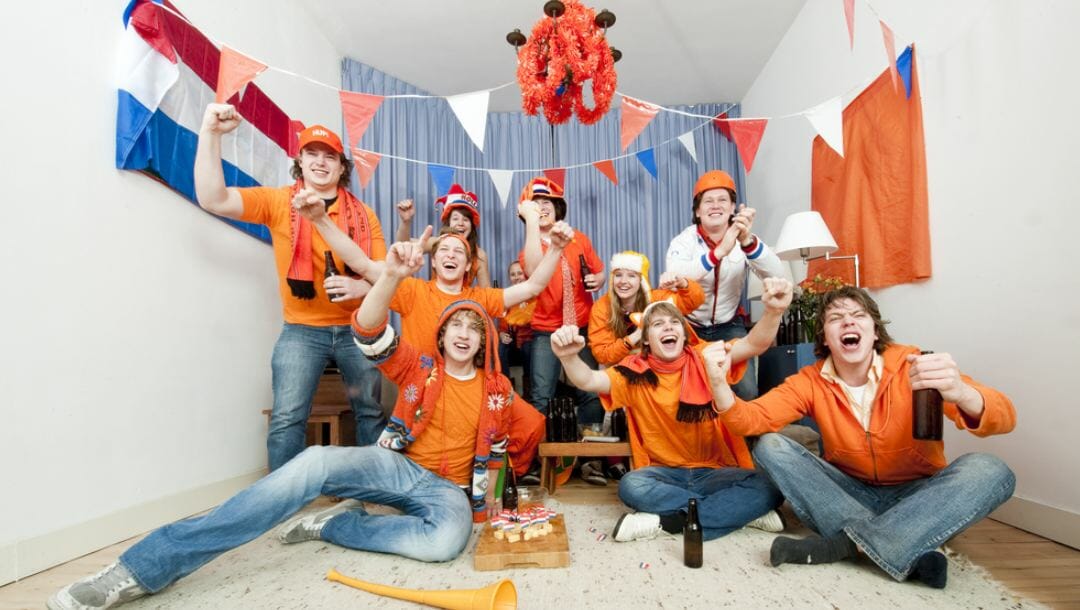 Miedema has two consecutive Frauen-Bundesliga titles under her belt for Bayern Munich and has won the English Women’s Super League (WSL) with Arsenal. She has also won the 2017 UEFA Women’s Euro Competition with The Netherlands and took the national team to a World Cup Final in 2019.

The forward’s prolific career spans 241 club games scoring 209 goals across three clubs in three different countries, while she scored 94 goals in 114 appearances at the international level.

Graham Hansen is a prolific playmaker creating goals from the midfield for the many attackers who often take the major plaudits. A consummate winger, the Norwegian made 13 goals in the Primera Division with Barcelona, more than any other player.

Since Graham Hansen joined Barcelona in 2019, the club has won nine out of a possible 12 trophies, including a UEFA Champions League title. She was also a part of the treble-winning team in 2021.

The Norwegian midfielder has, to date, scored 87 goals in 235 club appearances and 44 goals in 97 international appearances.

Harder became the most expensive female soccer player in 2020 when Chelsea signed her for a reported $294,841 (£250,000)* from VfL Wolfsburg. A two-time UEFA Women’s Player of the Year Award winner, Harder ranks among the top female goal scorers in Europe.

Harder has won the Frauen-Bundesliga with VfL Wolfsburg, the German Women’s Cup and played in two UEFA Champions League Finals.

At the club level, Harder has scored 176 goals in 228 appearances and is her country’s all-time record goal-scorer, with 66 goals from 129 games.

Macario, a newcomer to the rankings, is a youthful sensation who had a breakthrough season in 2021. She finished her first full season at Lyon as the club’s top goal scorer after cleaning up almost all of the US accolades during her collegiate career.

Macario has twice won “Freshman of the Year” by TopDrawerSoccer.com, ESPNW Player of the year, the Hermann Trophy, and the Honda Sports Award.

The Brazilian-born player played 69 games for the Stanford University Cardinals, scoring 63 times. She made her professional debut for Lyon in 2021 and has scored 19 goals in 27 appearances. Macario has scored eight times in 17 appearances for the United States. 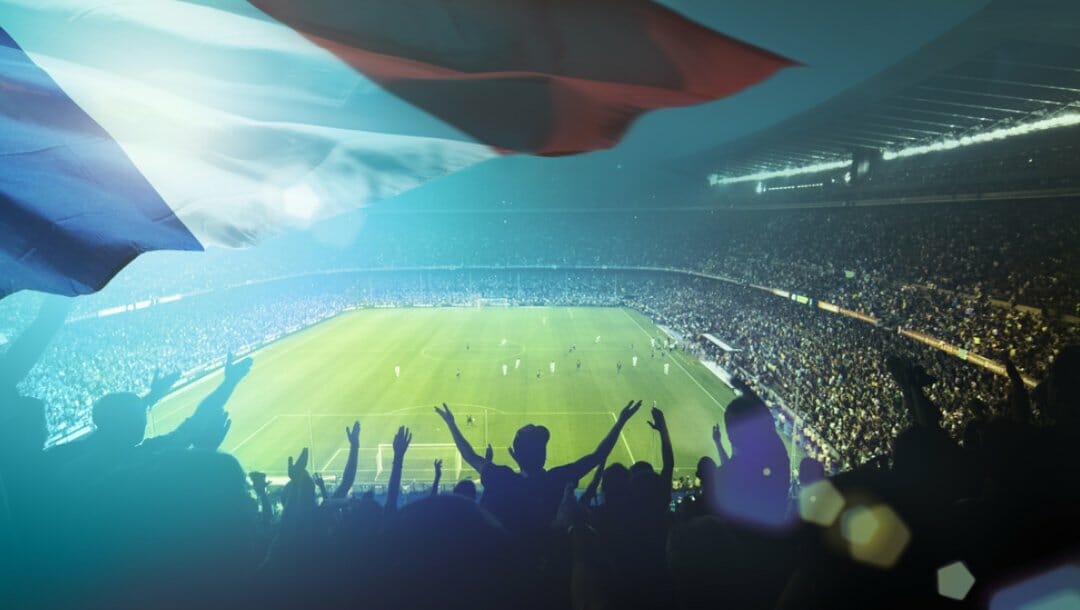 Katoto is a prodigious striker and, at just 23, has already become PSG’s all-time top goal scorer, having joined the club’s youth ranks in 2011. She made her senior debut at 16 in a UEFA Champions League Semi-final and hasn’t looked back.

The French forward is still young yet has managed to help PSG to a Coupe de France Feminine Cup win by scoring the only goal in the match.

Hermoso is one of the most experienced players on this list, and for good reason. She is currently the all-time top goal scorer for both Barcelona and Spain. A member of the famed continental treble-winning team, the Spanish forward finished as the top scorer in all of Europe’s top five women’s leagues in 2021.

Hermoso is a quintessential finisher and holds the record for the most Pichichi trophies (a domestic trophy for most goals scored in a season) earned by a female player. She’s won five.

Spanning a long career across eight top-flight teams in Europe and now Mexico, Hermoso has scored 262 goals in 405 games. Since 2011, she has scored 45 goals in 91 appearances for the Spanish national team.

A diminutive player, Bonmati is a midfield technician with an eye for assists and goals. Yet another member of the continental treble-winning team, the young midfielder was voted Catalan Player of the Year in 2019.

She went on to be voted MVP of the 2021 UEFA Champions League final after scoring Barcelona’s third goal. At youth level, Bonmati has won two UEFA Youth Championships and was a runner-up in two Youth Women’s World Cups.

Coming through Barcelona’s youth academy, Bonmati debuted for the senior team in 2016, scoring 52 times in 168 appearances. She has scored 16 goals in 45 appearances for Spain.

Hegerberg was the first-ever recipient of the Ballon d’Or Feminin in 2018. However, she spent most of 2020 and part of 2021 out of soccer with a ruptured anterior cruciate ligament (ACL), after which she also broke her tibia during training. Few expected her to hit the ground running when she scored twice against PSG in November 2021.

Three times awarded UEFA’s Best Women’s Player in Europe Award and once named BBC’s Women’s Footballer of the Year, Hegerberg holds the record for most goals scored in the UEFA Champions League season (15.)

At the club level, Hegerberg has scored 205 goals in 208 appearances, most of which (134) were for Lyon. The Norwegian represented her country 73 times, scoring 42 goals.

How to bet on soccer

Register with BetMGM for all your online sports betting and live betting tips for soccer. In addition to soccer betting odds, you’ll even be able to find out more about popular bets like low-risk, high-reward bets that combine multiple wagers into one ticket called Parlay Boosts.