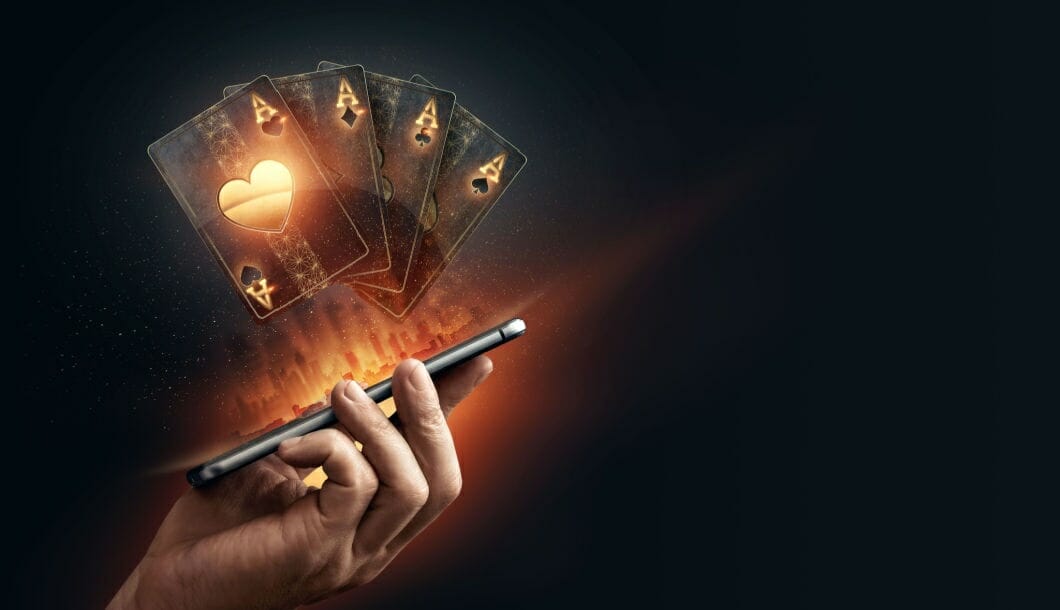 Video poker was created in the 1970s and embodies a slot machine’s random numbers and video screens. It was formulated as an alternative to land-based poker and modified to match the buzz and rising popularity of slots. As a result, it wasn’t long before almost every casino had a video poker slot machine.

Fast-forward to today and it is one of the most popular online casino games. It requires a combination of skill and luck, but unlike slot machines, winning requires the player to make decisions that can influence the outcome. We take a look at the many variations of video poker hands.

Why do people play video poker?

Regarded as one of the best casino games to play, video poker eradicates the mind games, strategies and long playing hours that come with most casino table games. Also, the combination of extremely high RTPs (return to player) and a low house edge helped make it one of the most popular casino games played for money.

Another beloved factor is the element of skill it involves, meaning the player has greater control over the outcome. Moreover, the accessibility and array of ever-evolving game variations have kept it fresh and exciting. As it transitioned from machine slots to the online sphere, it could be played anywhere, anytime.

Ever wondered if there was a  difference between playing video poker online versus in a casino? Hint: there are more games, bigger jackpots and you can play it anywhere, anytime.

Each game focuses on specific hands, meaning their value varies from game to game. With this in mind, we decided to value cards based on the most popular video poker slot, Jacks or Better. From high to low, this list explains the combination of each hand, along with the maximum payout. 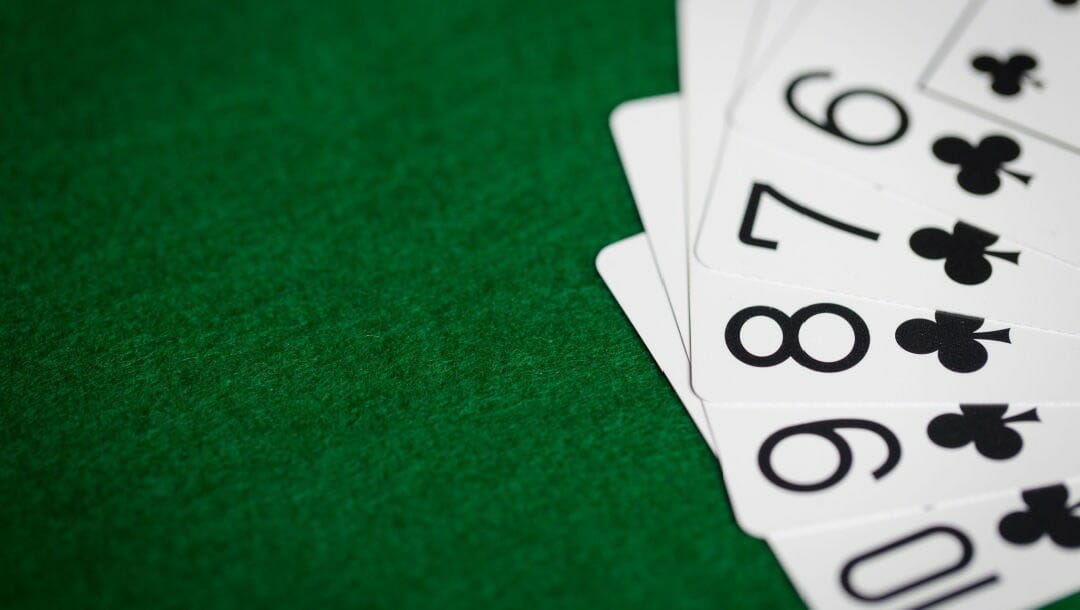 This five-card combination is the highest-ranking hand in video, online and table poker. A royal flush is rare but lucrative and will result in a generous jackpot for those making a maximum bet.

Payout: The jackpot can pay out up to 250x your original bet.

Similar to a royal flush, it consists of five consecutive cards in the same suit. The difference is it can happen anywhere in the order of available numbers.

Payout: Due to it being more common on Jacks or Better, the payout will be 50x your original bet. Other game variations range from 40x to 60x.

As the name suggests, it occurs when you get four of the same cards in different suits.

The hand: Four cards of the same number; for example 5 of hearts, 5 of spades, 5 of clubs and 5 of diamonds.

Payout: 25x the amount you have placed. Other games vary between 20x and 30x.

A full house is made up of two different pairings.

The hand: Three cards of one number and two cards of another number; for example, 7 of spades, 7 of diamonds and 7 of hearts with 2 of clubs and 2 of hearts.

Payout: For Jacks or Better, your payout can be 9x your original stake.

The fifth highest value of returns, it is made up of five cards, in no order, which share the same suit.

Payout: Jacks or Better has a payout possibility of 6x the bet. Other games offer up to 5x.

One of the likeliest hands to win, it occurs when you have five numbers in a row.

The hand: Five consecutive cards of mixed suits; for example, 5 of hearts, 6 of clubs, 7 of clubs, 8 of diamonds, 9 of spades.

Payout: A typical payout in Jacks or Better is 4x your bet. Other games range from 3x to 4x the amount.

The hand: Three cards of the same rank; for example, 9 of hearts, 9 of diamonds, 9 of clubs.

Payout: 3x the wager, across all games.

Awarded every one in 20 hands, it is the second most common victory in video poker.

Payout: 2x the wager across all games.

The hand: Two cards of the same number or rank; for example, jack of hearts, jack of spades.

Payout: 1x your stake. This means you receive your wager back without winning or losing money.

As one of the biggest online casino platforms in North America, we aim to provide many variations on all the online casino games we include on our site; video poker is no exception. Notice the high RTP of each game and you will soon realize why it has become so popular. 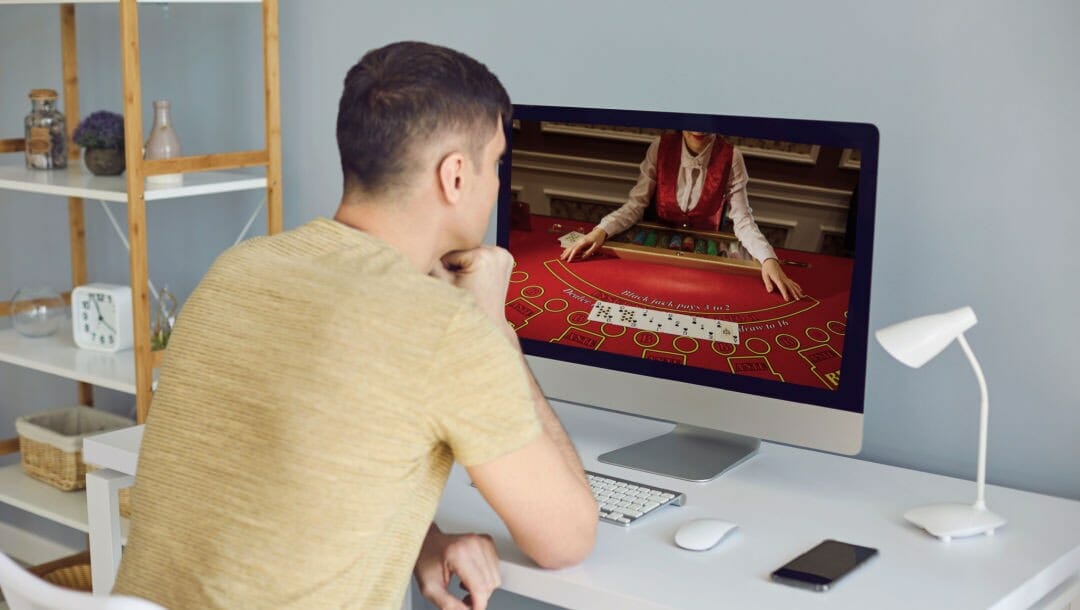 With many more on our site, here are three of the best video poker games we host.

The most popular and easiest-to-play variation, the game includes many exciting features and when the RTP can be as high as 99.5%, it’s hard to ignore. In fact, most video poker game variations are based on Jacks or Better.

To play, the machine will deal five cards – one face up, the rest face down. The player must make the best possible hand with the face-up and one of the face-down cards.

Inspired by Jacks or Better, Bonus Poker emphasizes four-of-a-kinds – offering a bigger payout for this hand than other variations. The RTP can be anywhere from 98% to 99.18%.

Deuces Wild is hugely popular amongst players due to its exciting and engaging, high-quality graphics. The game’s RTP can be as high as 100.75% on some platforms.

With plenty of video poker games to choose from, why go anywhere else? And if video poker turns out not to be your favorite game, we have so much more to offer. From online slots and live dealer casino games to variety games and sports betting, you’ll find it all at BetMGM.  Register today and enter a world of fun.