What Is the “Fundamental Theorem of Poker”? 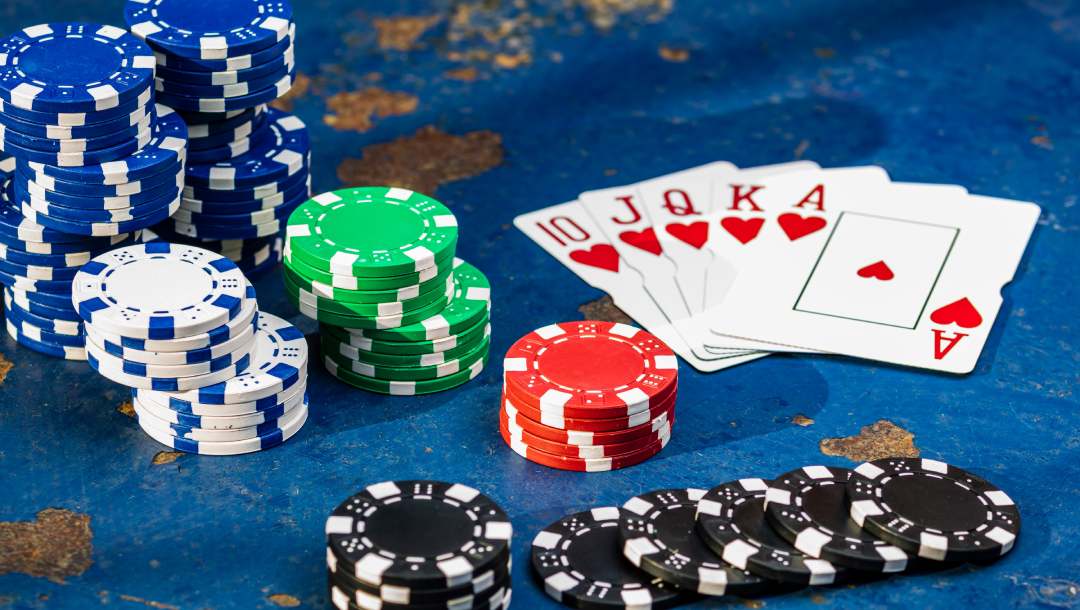 As most poker players know, there are many different ways to improve your poker skills. One of the options available to you is to read books about poker, preferably penned by one of the world’s most respected pros. Luckily, hundreds of poker strategy books have been written, with plenty of notable favorites to choose from, such as Harrington on Hold’em by Dan Harrington and The Psychology of Poker by Dr. Alan N. Schoonmaker. But it’s safe to say that the most famous of them is The Theory of Poker, written by American poker master David Sklansky and first published in 1978.

This book is often referred to as an “essential” for any poker player who takes the game seriously. Along with highlighting the rules of poker and how best to respond in any given situation at the felt, the book also introduces the concept of the “Fundamental Theorem of Poker.” Read on for an overview of this popular poker theory and a look at whether it’s still relevant in a world where most players are opting to play poker online instead of in a traditional casino setting.

David Sklansky and The Theory of Poker

Born in New Jersey in 1947, Sklansky began his career as an actuary before transitioning to the poker table. Once he took the leap of faith, he rapidly made a name for himself. Today, he boasts three World Series of Poker bracelets and has played at the event’s esteemed final table many times. Over the years, Sklansky has written and co-authored a whopping 14 books on poker and gambling in general. Still, The Theory of Poker is by far his best-known work.

Since it’s based on complicated mathematical principles, as well as Sklansky’s own experience at the table, it’s estimated that it took him a total of 30 years to complete, which is testament to just how much knowledge is packed into those 276 pages! The original version was published in 1978, followed by a “final” version almost a decade later in 1987.

While the book does touch on the basic rules of poker, it’s aimed at intermediate and experienced players who already have a solid foundation and have spent many hours honing their skills. The ultimate goal of the book is to provide a player with the information and confidence needed to make quick, well-calculated decisions when under pressure during a game. Sklansky insists that it’s not a matter of asking yourself “what do I do in this situation?” Instead, you should be wondering “what are the aspects that I need to consider in order to decide my next move.” – which is where the Fundamental Theorem of Poker comes in.

The “Fundamental Theorem of Poker,” explained 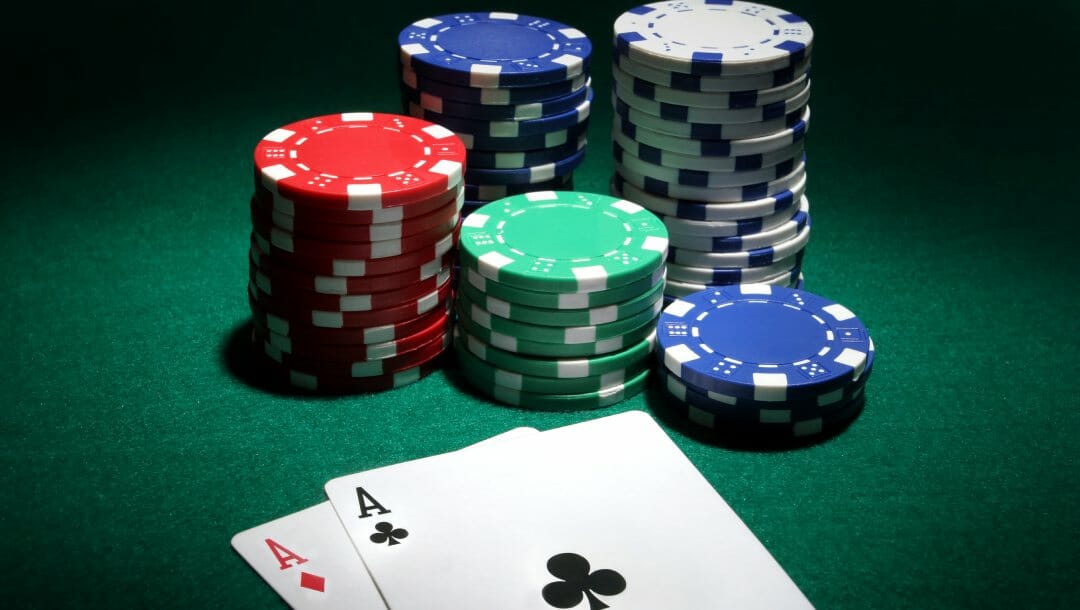 This poker game theory is quite straightforward. In the book, Sklansky states:

But what does that mean, exactly?

It means that if it were possible for you to see everyone’s cards, it would be possible to play the “perfect” game of poker, knowing precisely when to bet, raise, check or fold.

Of course, the whole point of poker is that you can’t see everyone’s cards. What Sklansky is saying is that you have to use the tools at your disposal to “see” the cards without actually seeing them, rather than only considering your own hand and the cards on the table when making important decisions. You could build this skill by learning to pick up on your opponent’s “tells,” seeing past their well-rehearsed “poker face” and analyzing their unique betting patterns. Doing this would mean you’d be playing as close to the way you would if you could see all of your opponents’ cards plainly in front of you.

Let’s look at an example to better understand how this fundamental theory works.

Imagine you’re going head-to-head with another player in a $1/$2 No-Limit game and you both have stacks worth $200.

Your hand comprises the jack of clubs and the jack of diamonds. Your opponent’s hand is made up of the 9 of spades and the 8 of hearts. On the felt are the ace of spades, the jack of hearts and the 2 of clubs.

As per the fundamental theory, you can see your opponent’s cards as well as your own.

The game begins and it’s your opponent’s turn to act. They opt to wager $20 into a $20 pot on the flop. The spotlight moves onto you, with you realizing that you have the best hand. It’s obvious that your opponent is bluffing, so the ideal course of action is to call. You could raise, too, but this would likely mean your opponent would have no choice but to fold in the next round. By calling, you give them the opportunity to continue their bluff and add more money to the pot, thus maximizing the value of your play.

But what if your opponent was holding a 2 of hearts and an ace of diamonds, forming a two-pair? In this scenario, you could be fairly confident that your opponent would feel hopeful enough in their cards to call a raise. Your best course of action then would be to raise, once again resulting in the most profitable play. 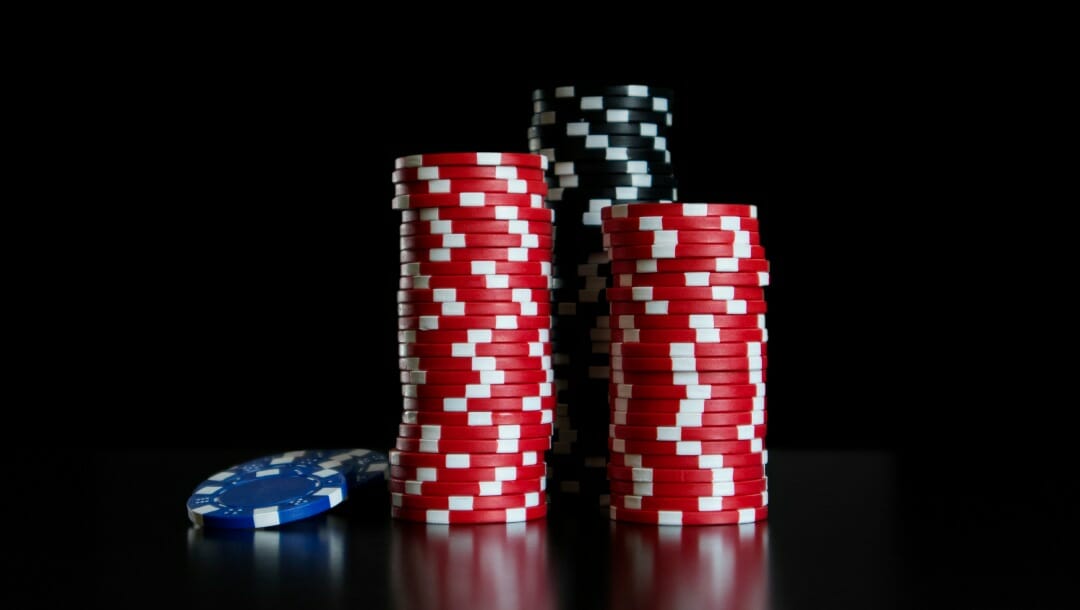 Sklansky’s theory is most definitely still relevant – and it’s applicable when playing both in-person and online poker. As you can see from the above example, knowing your opponent’s cards (or at least doing your best to hone your hand- and people-reading skills) means making better decisions and earning bigger profits at the table.

Looking for a platform that will allow you to play poker your way? Choose BetMGM! We specialize in online poker tournaments, live poker and video poker. We also offer a variety of other classic casino table games, like blackjack, craps and baccarat. Oh, and don’t forget to take our online slots for a spin!

Feel free to register whenever you’re ready to dive into our menu of games and join in on the fun.