Who Are the Teams Most Likely to Make the NHL Playoffs 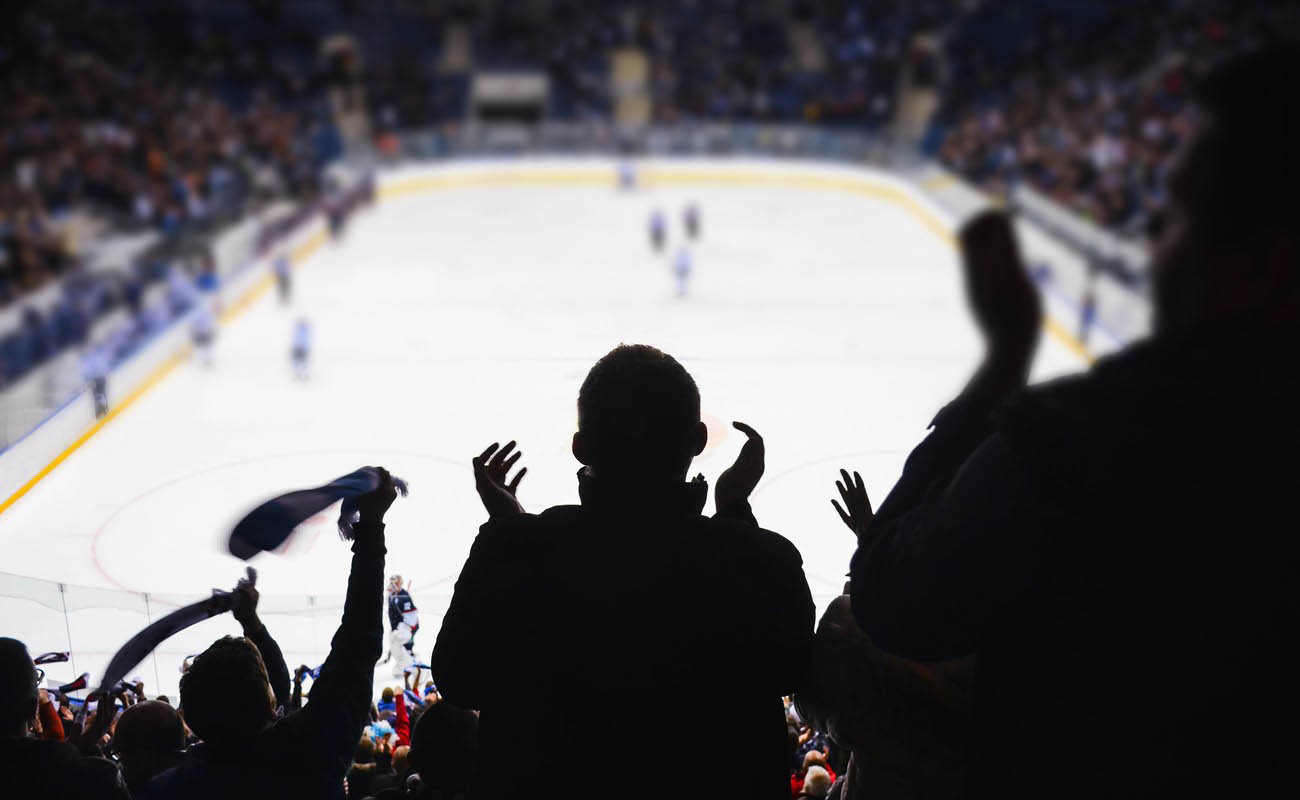 We’ve reached the Thanksgiving mark in the season. This is usually the point in the season where the NHL scores and standings start to reflect which teams will be making the NHL playoffs. Each division has strong competition for the top three spots, and it will be up to the NHL players to ensure their teams keep the pace as we get closer to April. Looking at the current NHL standings, there are certainly some teams that look more certain to make the playoffs, while others could easily be dragged into a wildcard race. There have been some surprises with teams like the Lightning, Flames, and Sharks having below par starts to the season. Others, like the Oilers, have forced pundits to rethink their preseason predictions. While there will be 16 teams who will make their way to the playoffs come April, who are the teams most likely to make the NHL playoffs? Here are five picks from each of the two conferences who we think will most likely make the NHL playoffs. 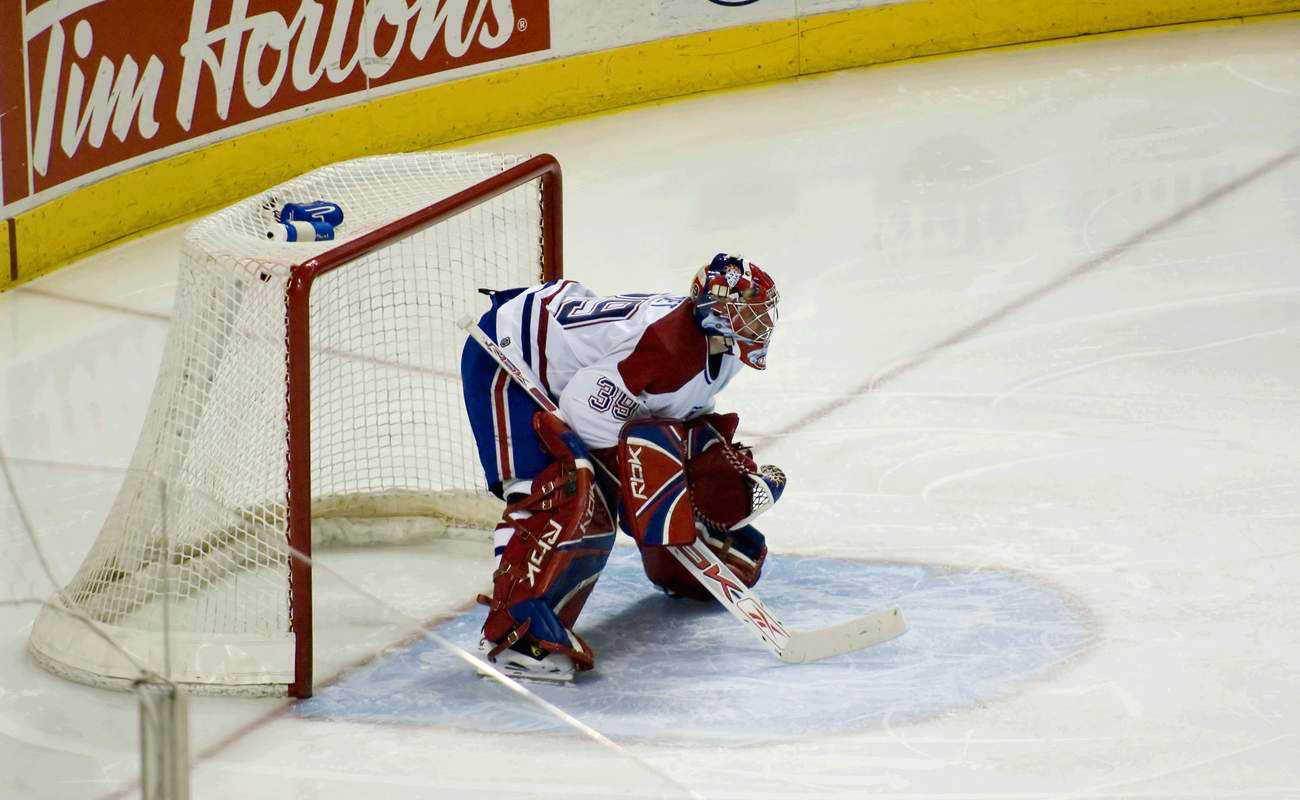 The Eastern Conference has had the biggest surprise this season in the Lightning. Most pundits thought that they would self-correct after their first round exit in the 2019 NHL Playoffs. The Lightning have improved their form as the season has gone on, but they could still miss out on a playoff position. The Sabres made a case for their own place in the playoffs but have since lost their early season form. While others have faltered, some have remained strong. Here are the top five from the Eastern conference.

The odd thing about the Hurricanes season is that despite their record, they haven’t been playing very well at times. Fans have demanded more from Jordan Staal, Jake Gardiner, and Warren Foegele. Despite this, the results have been good. The Hurricanes also have an underrated rookie in Martin Necas. He has 16 points already this season, helping the Hurricanes to remain up to pace with all their injuries. The old adage is that top teams win games even when they don’t play well. If the Hurricanes’ top players find their form, you could see them push on to the playoffs in a great position.

The Panthers have shown a depth of character to have a couple of four-goal comeback victories this season. The main punch in their attack is carried by Aleksander Barkov and Jonathan Huberdeau. They have 42 assists between the two of them. Huberdeau has also scored 10 goals this season and looks to be a driving force in the Panthers attack. If Brett Connolly can help Evgenii Dadonov keep scoring, the Panthers should make the NHL Playoffs. 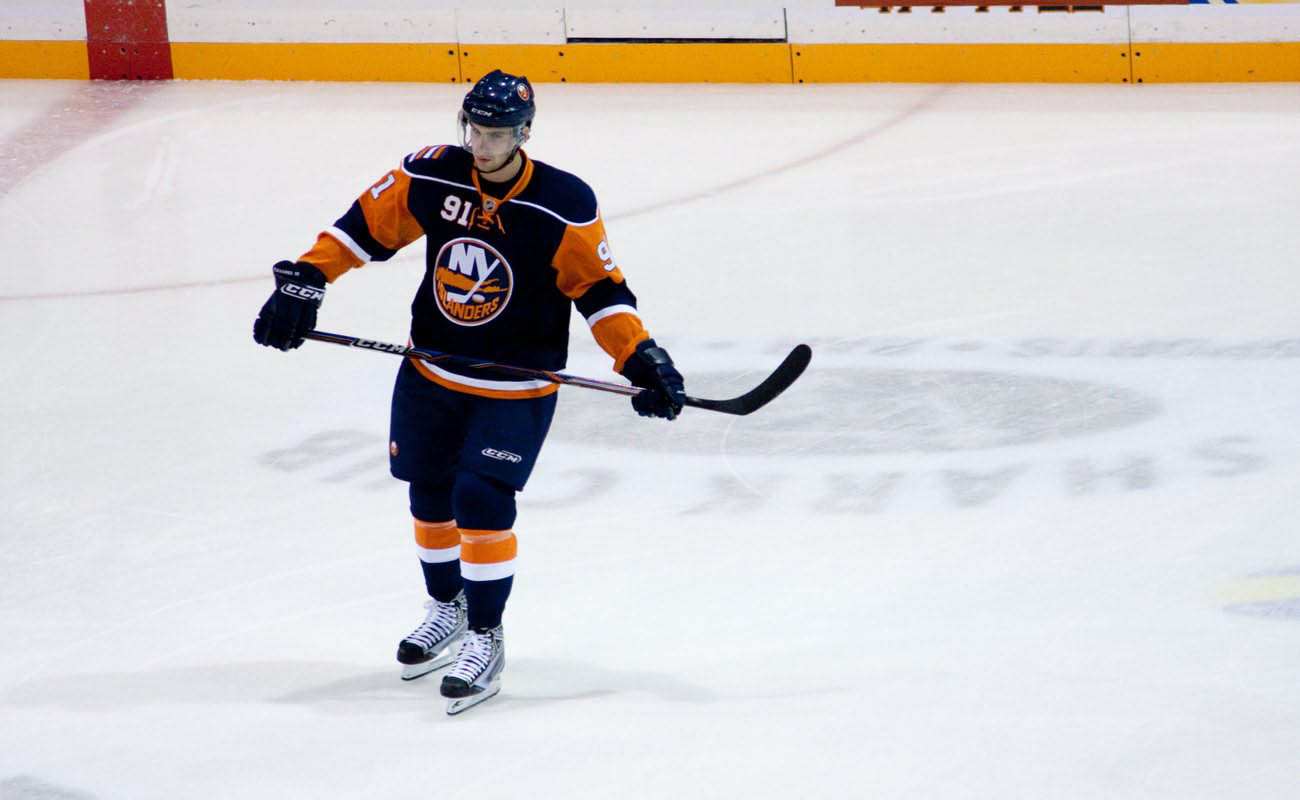 The Islanders are topping most NHL power rankings at the moment, and for good reason. Ryan Pulock and Adam Pelech have been excellent defensively. Barry Trotz has the team set up perfectly, and it’s getting the right results. The Islanders, along with the Bruins, have only lost three times so far this season. They are a tough team to beat, and that only bodes well for Islanders fans as we get deeper into the season.

The Bruins have been the standout team in the Atlantic Division the season. While there have always been surprises in the NHL, in the 2019 playoffs in particular, the Bruins have been one of the more consistent sides in the last three seasons. David Pastrnak is in great form this season. He has scored 20 goals and 16 assists in 23 NHL games. Brad Marchand has also been on form with 16 goals and 23 assists in 23 NHL games. With Tuuka Rask tending the goal, you can be sure of positive NHL scores throughout the season.

The Capitals have topped their division in each of the last five seasons. This season, they currently sit at the top of a tricky Metropolitan Division. While they won’t be looking at last season’s NHL playoffs highlights in a hurry, there is a renewed optimism in the Capitals camp. Performances by John Carlson, Alex Ovechkin, and Jakub Vrana have ensured that the Capitals remain strong contenders to lift the Stanley Cup. They’ve retained key personnel, including Ovechkin, who did just that in 2018. 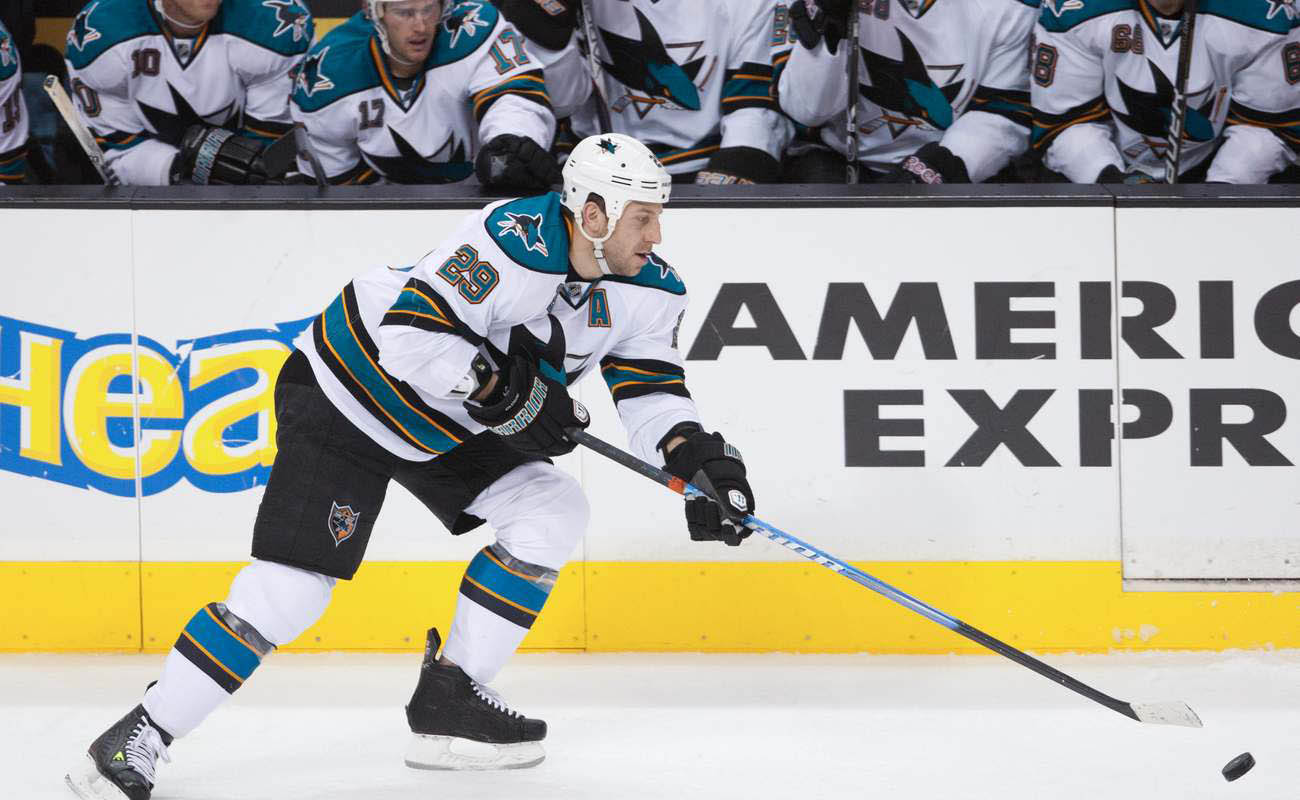 Looking at the NHL rankings, 2019 has had its share of unexpected early leaders. The Oilers, Sabres, and Canucks all had impressive starts, which many doubted would last. Out of the three, the Oilers have remained as one of the top teams in the NHL. The Sharks and Flames had disappointing starts to the season. The Sharks seem to have recovered somewhat, and will hope to push on towards a playoff or wildcard spot. They will need to work hard to catch up with the leaders though. Here are our top five picks from the Western Conference.

Despite having to deal with injuries to both goaltenders, the Avalanche have continued to finish with the right results. With both back from injury, they should push on further and climb the Central Division standings. Nathan MacKinnon has been their main offensive threat. The center has scored 14 goals and provided 19 assists in 23 NHL games this season. With support from Cale Makar, the Avalanche have been making the top ten of the NHL power rankings.

With a new owner and possible relocation on the cards, the Coyotes fans will be pleasantly surprised by the Coyotes’ performances on the ice this season. They currently sit second in the Pacific Division. The Coyotes standout players have been Nick Schmaltz and Conor Garland. Many pundits have written off Garland due to his size, but this season he has shown that he has what it takes in the NHL. He currently has 10 goals and 4 assists in 25 NHL games for the Coyotes.

The Stars didn’t have the best start to the season, but the veterans in the team have tightened their skates and set the Stars on course for the playoffs. Tyler Seguin has been instrumental with 15 assists and 6 goals. The youthful part of the Stars roster has given fans cause for optimism. Denis Gurianov and Miro Heiskanen have contributed 10 goals and 15 assists between them. Gurianov is in his rookie season and has taken to this level with ease. 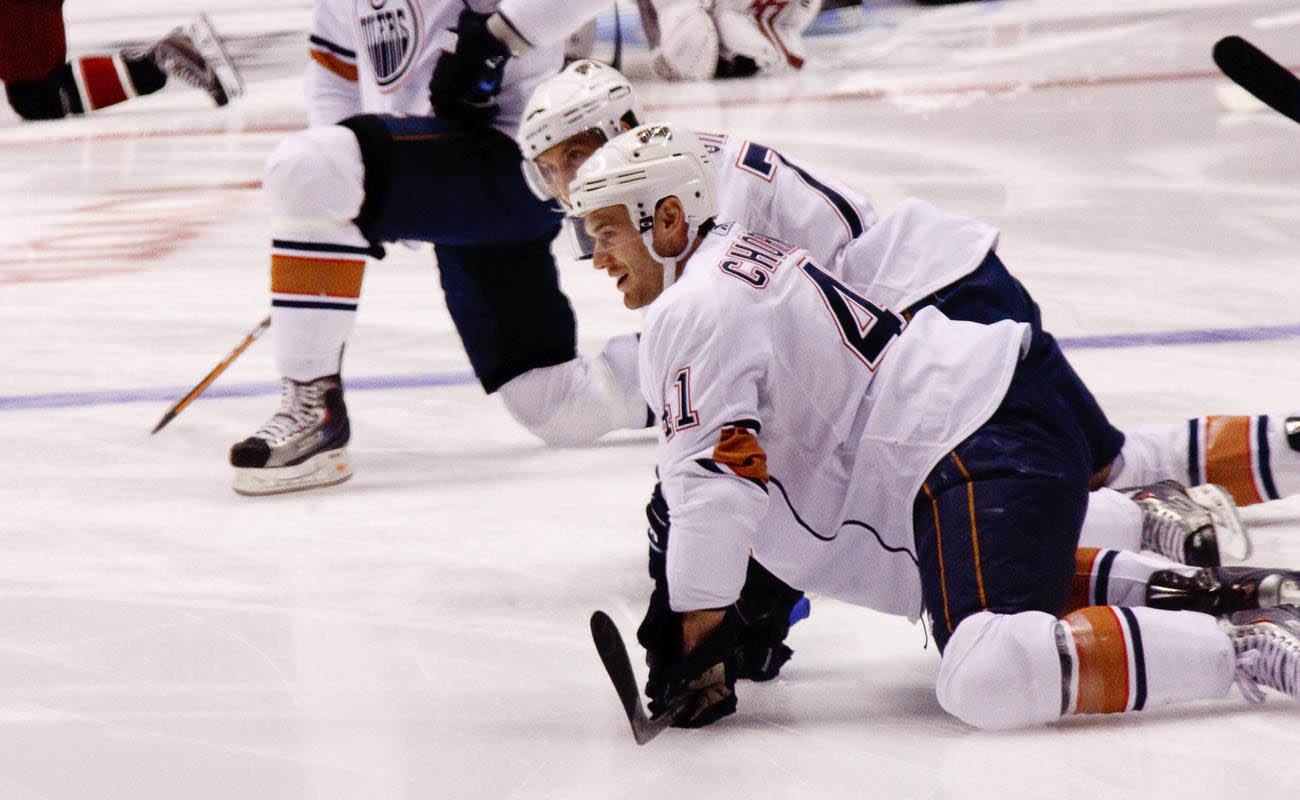 At the moment, Leon Draisaitl and Connor McDavid have ensured that the Oilers are on course for the playoffs. There were NHL news and rumors in the offseason that McDavid might be growing impatient with the Oilers performances last season. He has certainly taken the Oilers’ future by the scruff of the neck along with Draisaitl. They are currently the top two in the NHL stats for points and assists provided. Having the best NHL players will only help your cause. The Oilers will be hoping to keep them injury-free to ensure the Oilers return to the playoffs. For the NHL champions, 2019 has been an excellent year. Not only did they claim their first-ever Stanley Cup, but they also managed to continue their form into the 2019 - 2020 season. The Blues currently top the Central Division heading into Thanksgiving. The injury to Vladimir Tarasenko was a big blow to the Blues, but the team has shown that they are the sum of their parts. David Perron and Brayden Schenn have contributed 23 goals and 22 assists collectively, and look to push the Blues to the playoffs, and possibly a second Stanley Cup.