Why Do We Love Superheroes So Much? 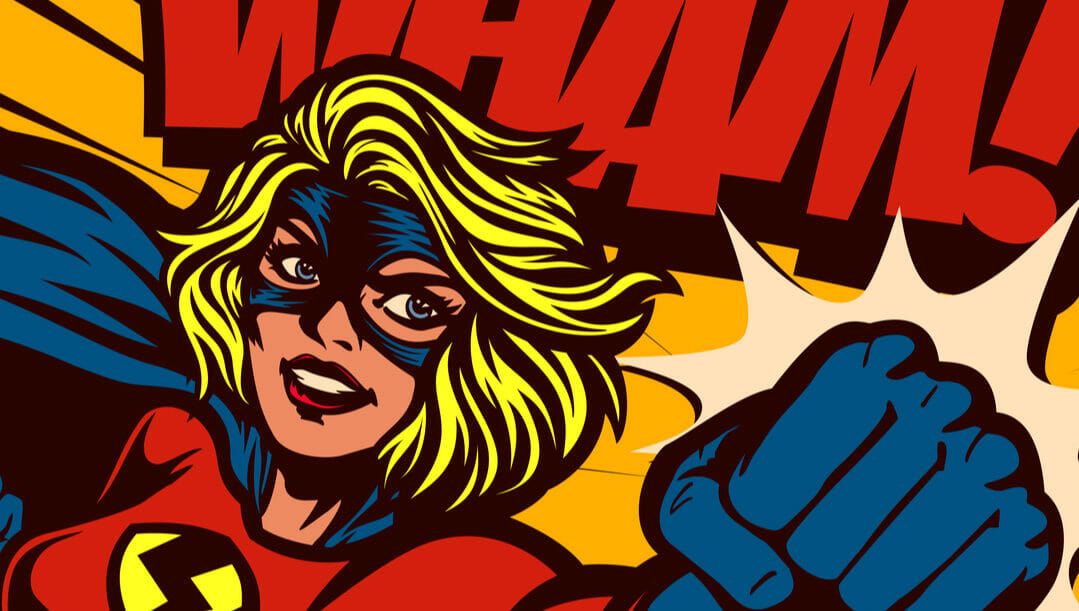 It seems that superheroes are everywhere these days. The 21st century has seen them expand from a narrow audience of children and adult comics fans to a multibillion-dollar global industry. Marvel Studios, DC Entertainment, and other production companies have released dozens of live-action films and television shows featuring superheroes in recent years. You can also find them in board games, video games, and even online casino games with a superhuman inspiration like Divine Fortune or Golden Goddess. Countless other commercial products such as clothing, accessories, and even home products feature images of the most popular superheroes, showing how far this once-niche genre has reached. It’s all because superheroes give us things we need at a basic level, all the while keeping us entertained. Read more for insights into what makes superheroes so relatable.

It’s easy to tell the difference between a superhero and a regular person. Superheroes have inhuman abilities or superpowers, and they go places and do things that are completely different from the reality we recognize. You can dress up as Thor, but you can’t travel to Asgard, hang out with other gods, or summon rain, wind, lightning, and thunder with your mighty hammer. You don’t get to have his superhuman strength, speed, agility, and immunity to diseases, either. Being human can sometimes seem a little dull by comparison! But ordinary individuals like ourselves do possess one superpower, and that’s our imagination. It gives us the ability to escape from our reality to the worlds that superheroes live in. All we have to do is read superhero comics, watch superhero movies, or even play online slots with superhero themes like Asgardian Stones. It’s a precious gift.

Superheroes help us to face challenges 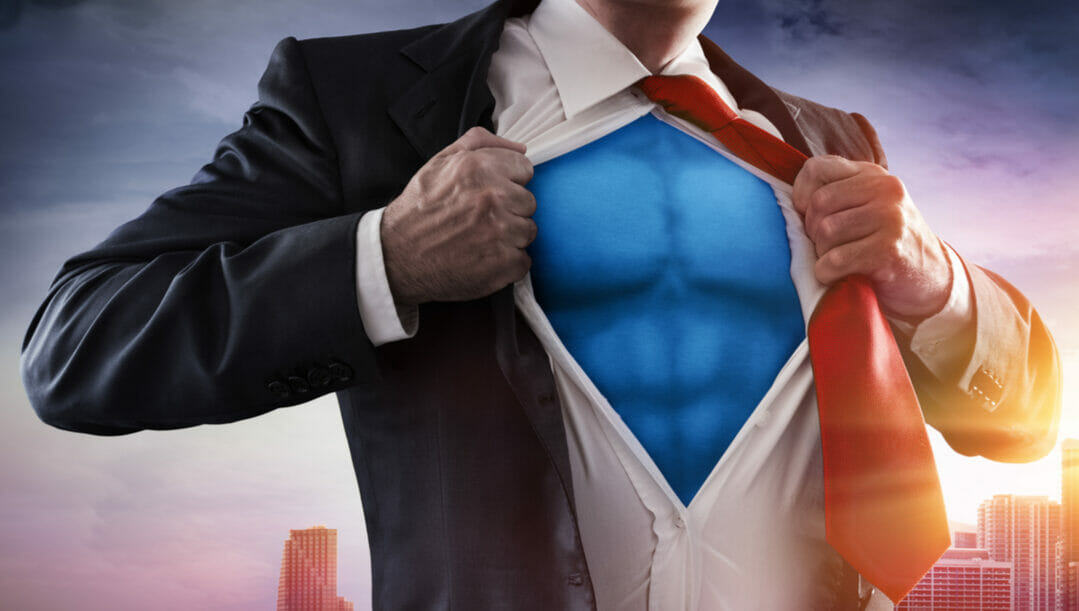 The reason people sometimes feel the need to escape via the medium of superhero fiction is because life can be hard to deal with. Often we face challenges that leave us feeling stressed out and powerless. But we’re not alone. Part of what makes superheroes relatable is the fact that they have to face their own unique challenges too. The way they deal with their superhero-sized personal problems reflects back on how we can handle our own.

Take the example of Captain America. He started off his career as a poor young man named Steve Rogers, who gained superpowers as a result of Doctor Erskine’s “super-soldier” serum. But his superpowers didn’t take away his multiple personal problems. These included losing Peggy Carter, feeling out of touch after hibernating for decades, and the sense of failure after SHIELD fell despite his best efforts, not to mention the pain of seeing his legacy destroyed by a fake Captain America! The real Captain America just keeps on trucking, fighting Hydra, and living up to his values in a way that Americans can relate to. So why do we love superheroes? Because they’re a lot like us.

Science shows that humans are attracted to heroes from a very early age. Researchers from Kyoto University in Japan gave infants as young as six months short experimental animations to watch. The animations showed a figure pursuing and running into a second figure while a third watched from a distance. The third figure intervened to prevent the collision in one version of the animation and ran away without doing anything in another version.

The infants were then given models of the third figure who stepped in and the third figure who ran away. They preferred the “hero” model every time. This suggests that babies are capable of recognizing heroism before they can even speak. No wonder we root for superheroes like demigoddess and Amazon princess Diana in Wonder Woman, who leaves her home of Themyscira to protect powerless human beings from the threat of Ares during World War I. 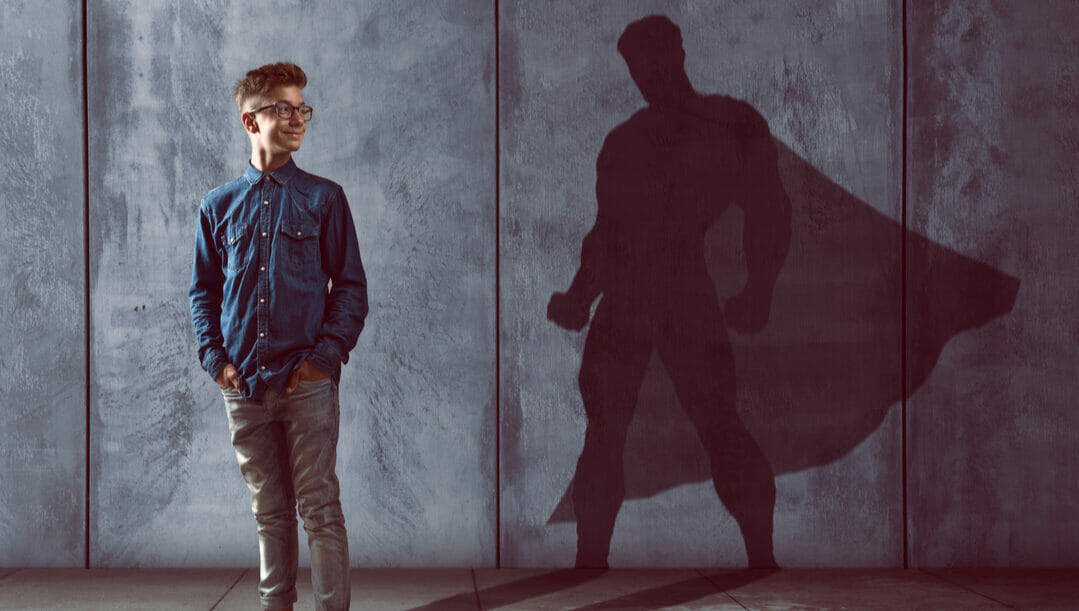 Superheroes always arise in times of great social stress, and they can even help drive the change that society requires. It’s no coincidence that the world’s first superhero was dreamed up in 1937. The Great Depression had inflicted misery on millions of people, and the Nazis and the Japanese posed formidable threats. This called for a powerful superhero who could take on the toughest challenges without flinching: Superman, who was soon joined by Captain America, Wonder Woman, and Captain Marvel.

The X-Men came out of a different era: The civil rights movement of the late 1960s and 1970s. These mutants are always being persecuted for being different, reflecting social concerns around racism. Marvel also used the X-Men to address other types of otherness. Northstar, for example, “came out” as gay in 1991 to be more inclusive of the LGBTQ+ community. Now multiple Marvel fan favorites are LGBTQ+, such as Loki, Valkyrie, Iceman, Hulkling, and Miss America.

Then there’s Black Panther, the phenomenally successful movie that showed the world that superheroes don’t have to be white. It goes to show how far superheroes and society have come since 1937.

Superheroes first came to life in comic books, but it was the movies that caused their popularity to surge. That’s largely thanks to the tremendous advances in special effects in the last couple of decades. Movies featuring mythical beings, deities, and superheroes have appeared since the beginning of cinema, but they’ve pretty much all been desperately lame. Movies like Clash of the Titans or the original Batman TV series were totally unconvincing. Then along came CGI (computer-generated imagery). Suddenly Hollywood could present the more fantastic elements of superhero stories in a realistic and believable way.

The first superhero movie to use CGI sorcery was Spider-Man, back in 2002. Audiences were wowed to see Spidey shooting webs from his wrists, performing feats of incredible strength, and swinging from heights so great you could get vertigo. A new era of superhero films was underway, and an entire franchise industry developed. Today, the MCU (Marvel Comics Universe) is the most successful movie franchise of all time, with a global box office total of close to $23 billion.

Let’s face it, a universe composed entirely of virtuous superheroes would be vanilla. In fact, without any evil to fight, there’d be no point in having superheroes at all. In other words, they need supervillains. One of the most iconic has to be Batman’s nemesis, the Joker, with his name derived from the playing card icon familiar to all people who play casino games. The Joker behaves unpredictably, the way chance works in casino table games. The difference is that people play online poker for fun, but the Joker is deadly serious. The relationship between him and the straight-laced Dark Knight generates a strange tension that keeps fans coming back for more.

Unlock the superpower of fun at BetMGM

You don’t need superpowers to travel to a universe of fun with chances to win real money. All you need is a mobile phone and to sign up to play casino games with us here at BetMGM. Our online casino has all the entertainment bases covered, from the light-hearted escapism of online slots and variety games to the drama and suspense of live casino table games and online poker. Watch as our streaming technology brings the best online casino games to life on your screen, anywhere you feel like playing.