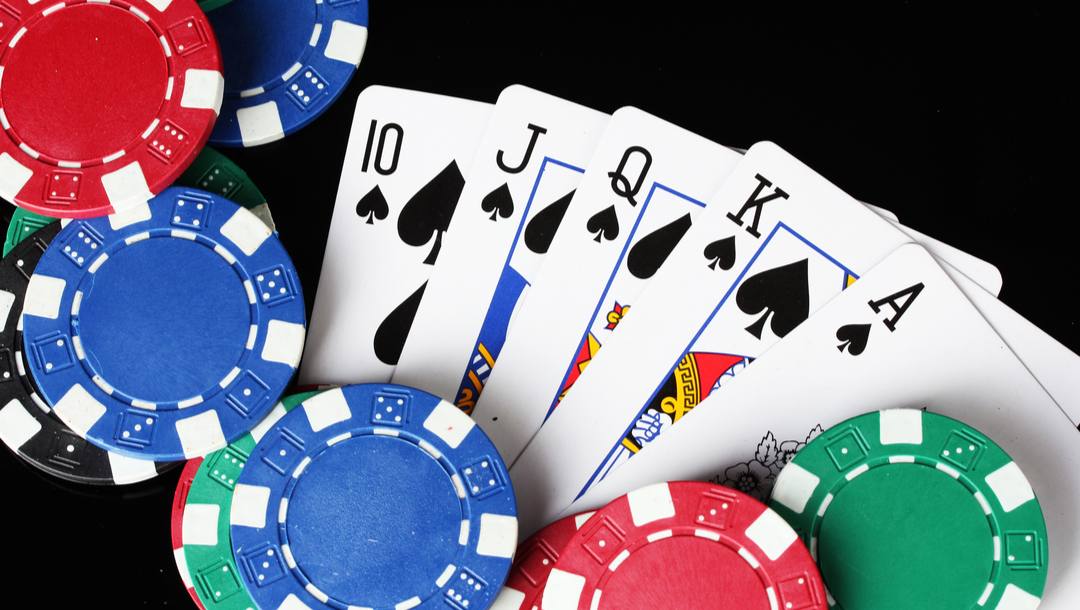 Texas Hold’em is an extremely popular poker variant that’s attracted many players due to the high stakes and the general excitement that orbits this game. However, while it might be exciting, new players are often left confused by the jargon that’s thrown around. To prevent being left in the dark, check out our guide to Texas Hold’em terminology.

While you might be eager to get started with using these new terms when playing casino poker games, it’s a good idea to have a clear understanding of what they mean. The last thing you want to do is use the wrong term in the wrong situation. Below you’ll find some of the most popular terms and their meanings.

Ace in the Hole: When a player has an ace as one of their hole cards (see explanation on hole cards below).

Action: This term has two meanings. The first is when it’s a specific player’s turn to play then the action would be on them. The other meaning refers to the amount of cash on the table or in a player’s hand.

Add On: To pay an additional amount to get more chips. This is a common option during the end of the rebuy period in some tournaments.

Air: A hand with no value.

All In: To wager all of your remaining chips during a no-limit game. This can be done by pushing all of your chips to the center of the table or it can be done verbally.

Angle Shooting: To cheat and/or gain additional information by making an illegal play.

Ante: This is a forced wager that has to be made by each player involved in the game before the cards are dealt.

Backdoor: Using river cards and the turn in succession to create a strong hand.

Bad Beat: This is when a strong hand loses to a weak hand.

Bankroll: This is the dealer or the player that acts as the bank. This role will usually rotate from one player to the next in casual games. At an online casino, this will always be the dealer.

Bet: This can be any bet in a poker game, but it’s most commonly used to refer to the opening wager in a game once new cards have been dealt.

Betting on the Come: Betting while drawing to a hand that you don’t have yet.

Big Blind: The first full wager in a hand of Texas Hold’em and the larger of two forced blind bets.

Blank: A face-up community card that is dealt, but doesn’t provide any kind of assistance to the player regardless of the hand.

Blinds: Before cards are dealt, this is the forced bet that players need to make before a new hand. This type of bet ensures that there’s money in the pot.

Bluff: Having a weaker hand than your opponents, yet calling and betting against them. This is to get your opponent to fold by raising or placing another bet.

Board: The face-up cards in the center of the table. This consists of the river, turn, and the flop.

Burn Card: Before the river, turn, and the flop is dealt, a card will be moved to the muck.

Bust: This is when you lose all of your chips which results in you being bust out of the tournament. If you want to keep playing, you’ll need to buy more chips.

Buy In: A specific amount of cash that’s needed to enter a cash game or a tournament.

Call: A matching bet to the one that was made before.

Check: To place a bet without folding.

Draw: To play a hand that’s not good but it could improve due to the board.

Flop: These are the first three community cards together.

Fold: To give up your cards and forfeit any bets that you’ve made with that hand.

Gutshot Straight: Also known as an “inside straight draw,” this is when a player has the two center cards of a straight as their hole cards.

Heads Up: This is a pot that’s only being contested by two players.

Hole Cards: These are the cards that are dealt face-down to a player.

Kicker: Also known as a “high card,” the kicker refers to cards that aren’t used in a hand that assists in finding out who has the better hand.

Muck: This is the pile of burned and folded cards on the board.

Nuts: The best hand on the board.

Overcard: The highest card on the board.

Quads: Four-of-a-kind, or four cards of the same value from each of the suits.

Rags: A flop that doesn’t let anyone benefit.

Rainbow: A flop that consists of three different suits. This means that a flush is impossible.

Tilt: To play recklessly after you have become upset. This could be due to bad luck or another player attacking you psychologically, or any number of reasons.

Trips: Three-of-a-kind, or three cards of the same value from different suits.

Wheel: The lowest straight obtained by the player.

Improving your skills in poker 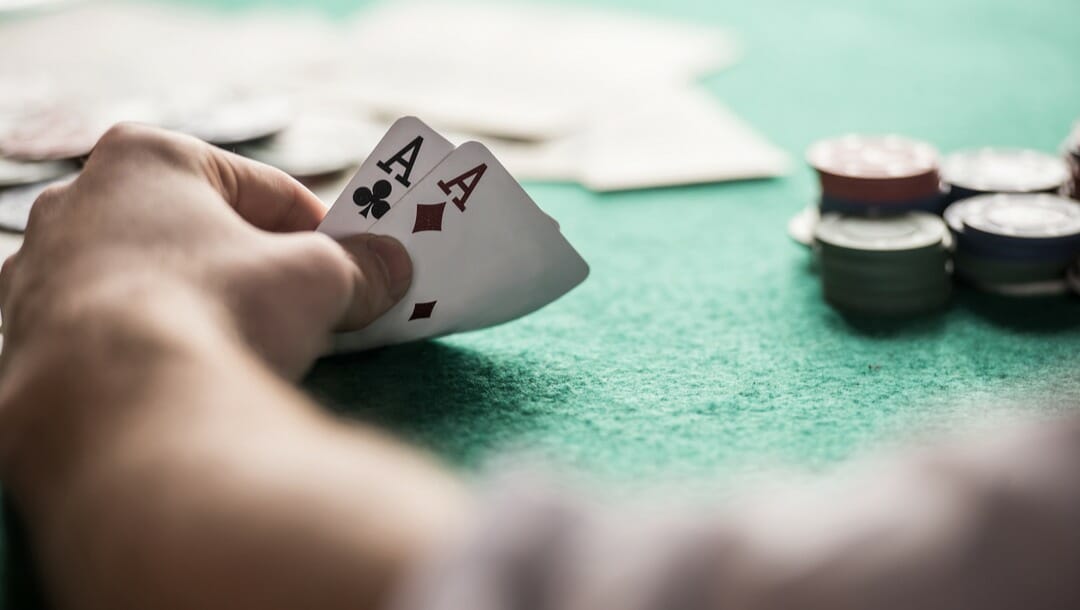 Poker is one of the few casino table games that require a fair bit of skill and practice. While understanding the terminology that’s associated with the game is important, it’s more important to hone your skills as a player. We’ve provided some poker games that will help you to improve.

Games that will help you improve your poker playing

There are plenty of poker variations out there and the first thing that you need to do is to ensure that you have a clear understanding of what they are and the rules that are in place. BetMGM has a variety of online and live dealer poker titles. By playing games with low betting limits and consulting a poker guide, you can easily get the hang of things.

Once you’ve become accustomed to the rules of casino table games like poker and can use the lingo fluently, you can move on to higher-stakes games. If you’re still having a hard time grasping the concept of how to play poker in a casino, we would recommend checking out one of our guides.

Poker is one of the few casino games where players can become professionals – making a career out of playing the game. While this might not be your goal, participating in friendly tournaments is a great way to find out how much progress you’ve made. If you’re looking for something easier, but in a similar category, video poker titles can be found at BetMGM too, along with the best casino games.

The great news is that most of these terms can be used in different poker variations. If you’re keen to get started with some of the best online casino games along with a variety of poker titles, head to BetMGM online casino and sign up today.