The Biggest Blackjack Wins in History 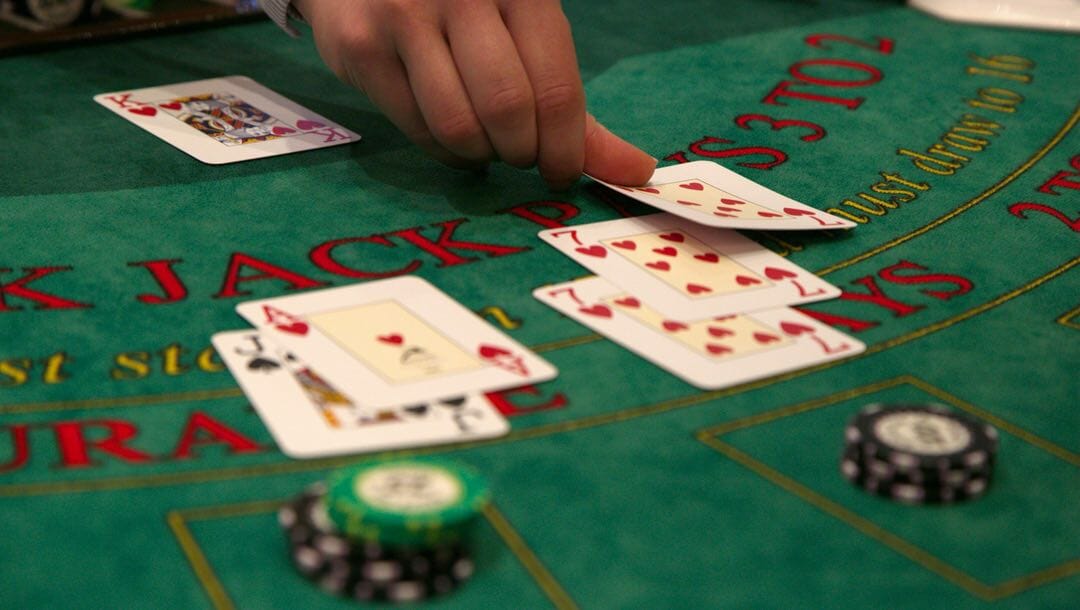 Blackjack is the king of casino table games. It is often listed among some of the most loved and timeless casino games, alongside the likes of poker and baccarat. Now, with the option to play online blackjack and online poker, these timeless casino games are more accessible than ever! The widely popular game is loved for its easily understood gameplay and low house edge. Plus, if you play blackjack at an online casino, many blackjack tables offer high RTPs (return to player) and you get to play from the comfort of your home if you wish.

Over the years, there have been many blackjack stories of success that have made waves across the globe, some of which are included in lists of the most notable and biggest gambling wins in history. Just so this doesn’t sound too good to be true, we’ve rounded up six of the biggest blackjack wins in history, so you can see for yourself. And we’re not lowballing either. All our entries crossed the $1 million mark and have helped some of these players establish a name for themselves as greats and become famous blackjack players in the competitive casino industry.

The story of the mystery man “Shoeless Joe” is one of rags to riches, literally. He got his nickname after entering a casino barefoot in 1995. The story is that Joe was homeless after his wife kicked him out. All he had left was a $300 security check, which he decided to use towards a game of blackjack. Facing homelessness and possible starvation, the stakes couldn’t have been higher.

Even though his strategy was questionable, he managed to win $1.5 million in a single day. But don’t be too inspired by Joe’s strategy; his clumsy playing style involving reckless splitting and doubling also meant he ended up losing most of his winnings soon after. However, he is still in the blackjack history books for having tasted such success.

Anyone can get lucky and win at blackjack, which is why it’s one of the best casino games. Still, we’d advise making sure that you have a solid game strategy before betting big at an online casino in the USA.

Dana White would probably be higher on this list, with a much bigger win, if the casino hadn’t capped him at $2 million. White is no stranger to incredible blackjack wins and controversy. In the past, he’s been denied his winnings and banned with accusations of card counting.

After his ban, Dana was allowed to return in 2014 by a new casino manager. Over just three months, Dana managed to win $2 million from blackjack. His history-making win could have been even larger if the casino hadn’t lowered his bets from $25,000 to $5,000. This is understandable due to his reputation and the fact that the UFC president’s net worth is $500 million.

Dana has denied card counting allegations, claiming that he uses a mathematical blackjack strategy. This explanation didn’t prevent another casino ban, though. Whatever your take is on his reputation, Dana is undoubtedly generous. He tipped dealers with $200,000 after winning his $2 million.

If you’re an advanced blackjack player who loves multi-hand blackjack, then there’s a chance you have Ken Uston to thank for that. Ken is often referred to as the King of Blackjack Strategy and he surely earned that title. He not only created the first-ever blackjack team, but he also mastered mathematical strategies that helped him win the game consistently. Ken practically elevated blackjack card counting into an art form. It was his formidable card counting skills that forced casinos to adopt multi-hand blackjack and several card deck shoes.

In the 70s and 80s, Uston led his own team around various casinos where they bet as high as $12,000 per hand. His team is believed to have won around $4.5 million, one of the first big blackjack wins. The success of his team of card counting professionals inspired the MIT team that takes the number one spot on our list. 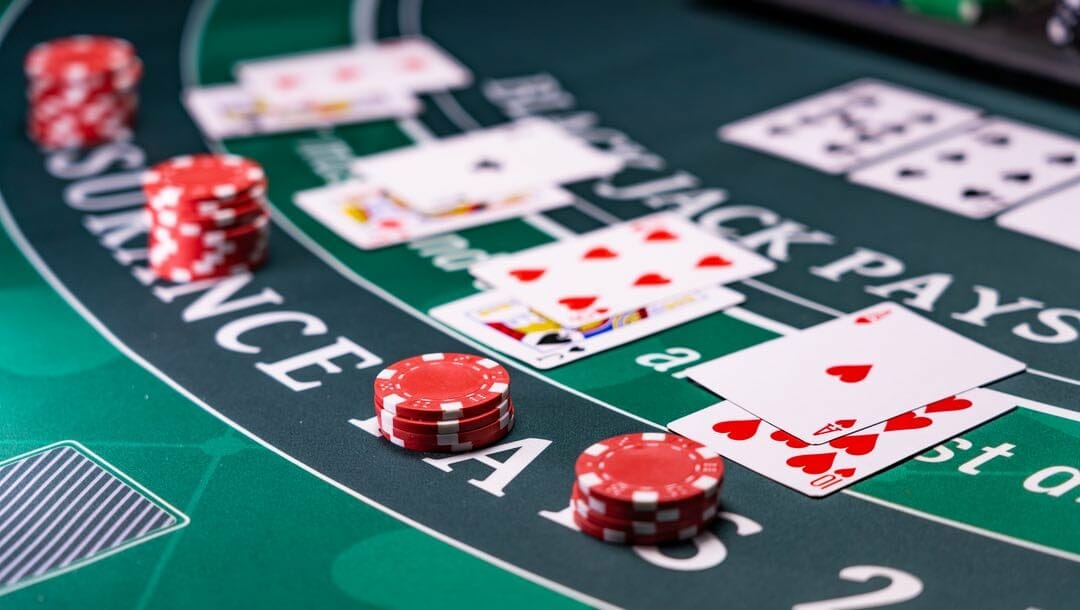 Don Johnson didn’t need a team to win an astounding $15.1 million in blackjack. As the millionaire CEO of Heritage Development, he had no problem placing large bets. But it wasn’t just wealth and luck on his side. Johnson has been playing blackjack for a large part of his life. He’s known for his impressive mathematical strategies and card nuances.

Johnson’s win happened over the course of five months, from December 2010. He stuck to the most favorable house rules and took every opportunity to split a high hand into four and to double his bets. It was his calculated playing style that led him to his incredible blackjack wins. However, his success and strategy did also earn him a ban preventing him from playing blackjack at a casino.

Don J’s success at blackjack even led to the Netflix USA documentary titled The Player: Secrets of a Vegas Whale, released in 2014. The documentary provides an insider’s look into the life and times of the notorious gambler and how he managed to beat the odds and conquer the gambling system to walk away with millions.

In 1991, Australian businessman Kerry Packer stepped into a casino and left with $7 million thanks to blackjack. But this isn’t even the most extraordinary win we’re looking at in this list. What’s even more impressive is when Packer won $40 million in less than an hour at the Las Vegas MGM Grand.

Packer’s winning strategy was playing eight hands simultaneously on the same table and betting a massive $250,000 on each round. And unlike other wins on this list, Packer’s win didn’t take months but mere minutes. After just 40 minutes of blackjack, he cashed out an astounding $40 million. Naturally, he left his dealers a million-dollar tip.

Sadly, Packer might not be on the list of the most skillful blackjack players. He’s also known to have lost £27.4 million in 10 months and even $10 million in one night. However, after cleaning out the house a few times, we’d say he got even before being served with a lifetime ban.

The MIT Blackjack Team was a group of students from MIT, Harvard and other institutions. They used sophisticated mathematical strategies like card counting to beat casinos at blackjack around the world. Bill Kaplan led the team and it operated for multiple years with around 80 members.

To avoid suspicion, the team of genius mathematicians visited various casinos, including MGM casinos, to play casino games. Given how lucrative the team’s blackjack games were, it’s no wonder they reportedly wore disguises to avoid being spotted in the years they operated at the various casinos. During their operation, it’s estimated they won more than $50 million. Their triumph inspired the film 21. The film is based on the New York Times bestselling novel, Bringing Down The House, that’s based on their escapades. While there are countless movies and movie scenes detailing iconic poker wins, which are often inspired by real-life events, blackjack is also becoming a source of inspiration for films and books.

The team separated in the early 2000s and since then the game of blackjack has evolved to make some of their strategies ineffective in modern games. And we believe these changes have made blackjack even more challenging and enjoyable overall. In fact, given their worldwide fame and recognition, some might even say that the MIT Blackjack Team would’ve been the perfect collective to go to today for tips on how to master blackjack. This is particularly true if you’re looking to go pro or are in search of a strategy and approach that could increase your chances of emerging triumphant at blackjack.

Join BetMGM to try your luck against the house

You don’t have to visit a brick-and-mortar casino to play a good game of blackjack like these winners. Whether you’re looking to learn more about how to play blackjack hands or are looking to secure a potentially huge win, look no further. Online casinos are a big part of blackjack’s rising success and innovation. Register at BetMGM to gain access to exciting live dealer casino games like blackjack, as well as thrilling poker tournaments.