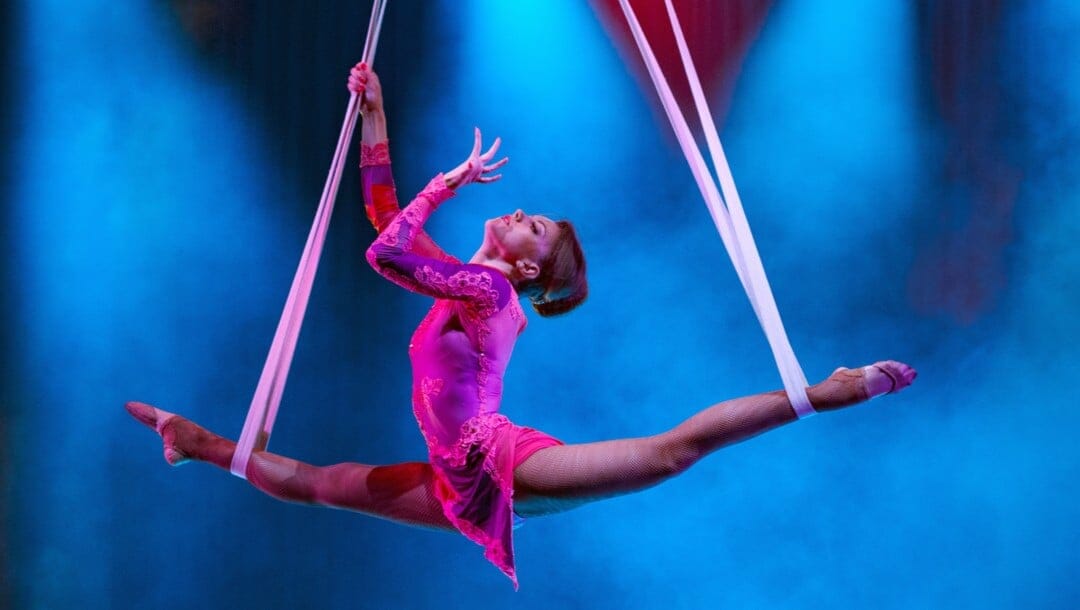 When you play online casino games, whether they’re virtual casino table games, slots, or blackjack, you know you’re going to see what luck has in store for you. Thankfully, you don’t have to worry about luck when you book a ticket to watch the astounding Cirque du Soleil.

Cirque du Soleil is not your conventional circus, but a phenomenal performing troupe complete with dancers, musicians, fire breathers, and many more amazing acts. The group that would originally go on to become the Cirque du Soleil was originally founded in the early 1980s, beginning with performances on the streets of the village Baie-Saint-Paul near Quebec, Canada. Since then it has grown into a worldwide phenomenon, with shows performed all across the globe.

Drawn to Life was released in November 2021, making it their latest show in a long line of incredible acts. This particular show tells the story of a daughter, Julie, who discovers that her recently deceased father, an animator, has left behind one last story, just for her.

Audience members will get to join this young woman as she’s taken on a magical adventure that is a love letter to both the exquisite art on the stage, as well as the art created by animators behind a desk. It features iconic animation from the studio and a number of different acts including aerial straps, juggling, lassoing, and a Russian swing.

Quidam may have been released in April 1996, but it’s still worthy of the ninth spot on our top 10 list. A young girl, Zoe, who feels trapped in her regular, boring life, is invited to a magical world by the titular Quidam, a strange being wearing a coat and gloves and carrying an umbrella. He gives her his hat as an invitation to join him, which is unsurprising since he has no head and therefore no use for it!

This was Cirque du Soleil’s first venture into a more “mature” and “adult-focused” show and premiered for the first time in September 2003. This show explores human sexuality and, as you’d expect from a cabaret show, features a lot more skin, teasing, and sensuality than the company’s more family-friendly shows.

Audiences got to enjoy a show that featured incredible contortionists, aerial chains, dancing, and all the classic elements of Cirque du Soleil, but also live singing performances, stripteases, and eroticism all round.

La Nouba, released to audiences for the first time in December 1998, may not have had the same story-driven performances that other shows on this list do, but it more than makes up for it with its atmosphere of excitement. Each of the show’s many imaginative and engaging segments are tied together by a theme that sees the worlds of two sets of characters collide, one of which is bright and colorful, the other which dark and muted.

This show featured cycles, aerial cradles, breakdancing, and a veritable smorgasbord of performances.

If you were a fan of Chinese-themed entertainment and Cirque du Soleil, chances are you went to see Dralion which premiered to audiences in April 1999. This show aimed to drive home a message encouraging humanity and nature to come together, with the four elements – air, water, fire, and earth – each represented by different colors and human characters in the show.

Number five on our list is an ode to the king of pop, which first hit the stage in May 2013 and continues to wow audiences today. In partnership with The Estate of Michael Jackson, Cirque du Soleil created a show which sees four characters stumble upon various items belonging to the iconic star. They are then transported into Michael’s world, where a character known as Mephisto taunts them at every turn. Mephisto, who represents the dark side of media and fame, must be defeated by each of the four “misfits” through the power of Michael’s music before they can be free of their own personal demons.

Each song in the show features a number of different performances including rotating bungees, Russian swings, rhythmic gymnastics, and more. 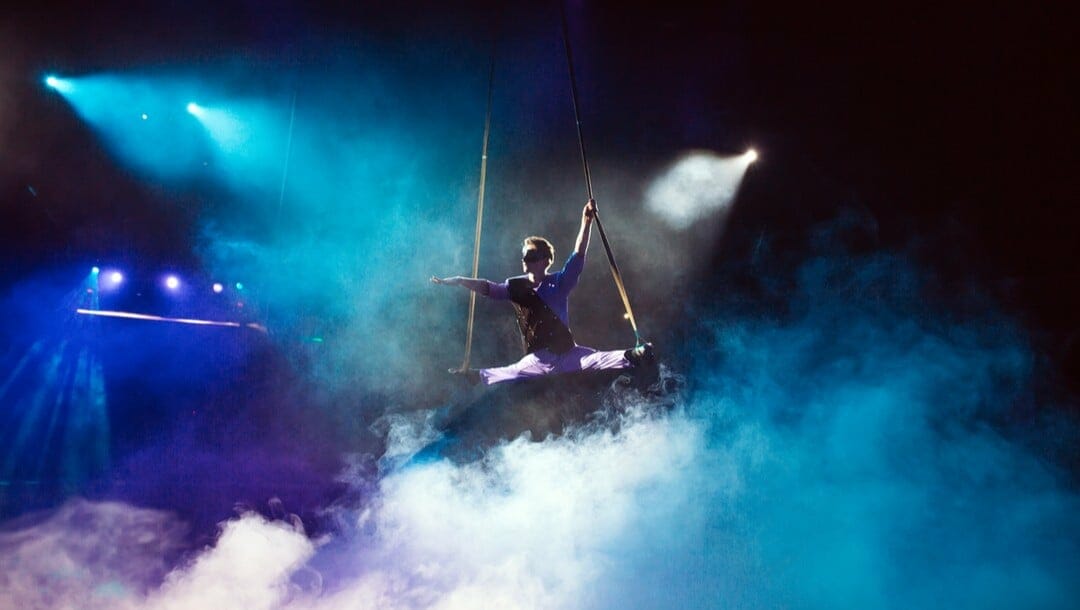 Mystère is one of Cirque du Soleil’s longest-running shows, having first premiered in December 1993, and continues to wow audiences to this day. The show features a variety of performances based on various Greek and Roman mythological themes. This all-ages show has elements of comedy, drama, and of course, acrobatic thrills, which is likely why people keep coming back to see it again and again.

While audiences will undoubtedly enjoy the usual circus theatrics, including aerial straps, hand balancing, aerial silks, bungee, and more, it’s the inclusion of ventriloquism, box tricks, drums, and other entertainment that really help this show remain as iconic as it is.

Love, or as it’s otherwise known, The Beatles: Love, was first seen by audiences all the way back in 2006, but like the iconic band that influenced it, it still remains an incredibly popular show to this day. This, and the fact that it includes a mash-up soundtrack based on the Beatles discography, helps it achieve third place on our list. Again, this show departs from the narrative format of many of the other Cirque du Soleil shows and instead delivers a homage to the iconic band.

As you’d expect, the choreographed bungee, Russian swing, trapeze, inline skating, and more, deliver an eye-popping show, regardless of how you feel about the Beatles.

O first debuted in October 1998, and since then the water-themed performance (which some may have recognized is a play on the French word “eau”, which also means water) has been dazzling audiences with its water-bound (yes, water-bound) acts for more than two decades. This show is one of the most unique to come out of Cirque du Soleil (which is saying a lot) since many of its acts are performed underwater. This show takes place on a specially designed stage that allows performers to dive, swim, and perform incredible feats both in and out of the water, bringing a whole new level of entertainment to the show.

In O, guests get to take in synchronized swimming, trapeze performances, aerial cradles, aerial frames, and other acts. 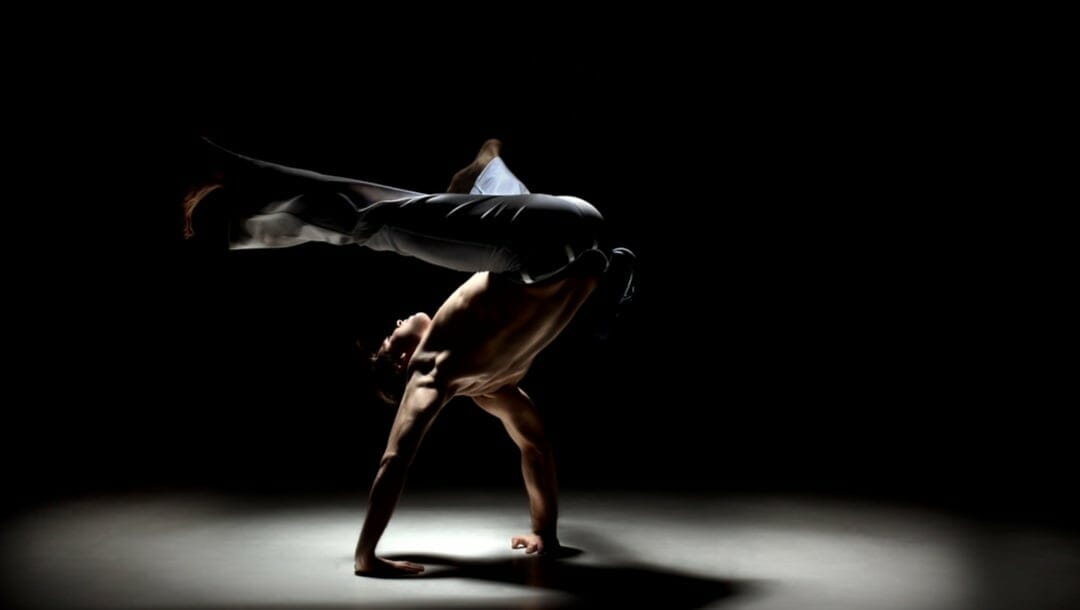 The number one entry on our list is Kà, which may not feature the incredible underwater feats of O, but is equipped with a stage that can barely be described as such. It has two moving platforms, five lifts, and additional platforms that appear during several acts of the show. For us, the incredible acts of engineering and how they are incorporated into Kà is what makes it our number one. It was also the first Cirque du Soleil act to tell a complete story from beginning to end, making it groundbreaking at the time.

Fans are truly in for a treat with Kà, with an absolute buffet of acts on offer, including Chinese Opera, Brazilian Capoeira, Wushu, shadow puppets, baton twirling, and more.

If you’re in Vegas and you want to take in a great Cirque du Soleil experience before you hit the Strip for some great gambling, here are the shows you can see at various MGM locations:

If a trip to see Cirque du Soleil and a visit to MGM’s great casinos is not on the cards just yet, you can still have a magical time at BetMGM. You can enjoy all types of casino games, including online poker, online slots, and even real dealer games live at our casino online.

To join in all the fun and excitement, all you need to do is register at BetMGM.