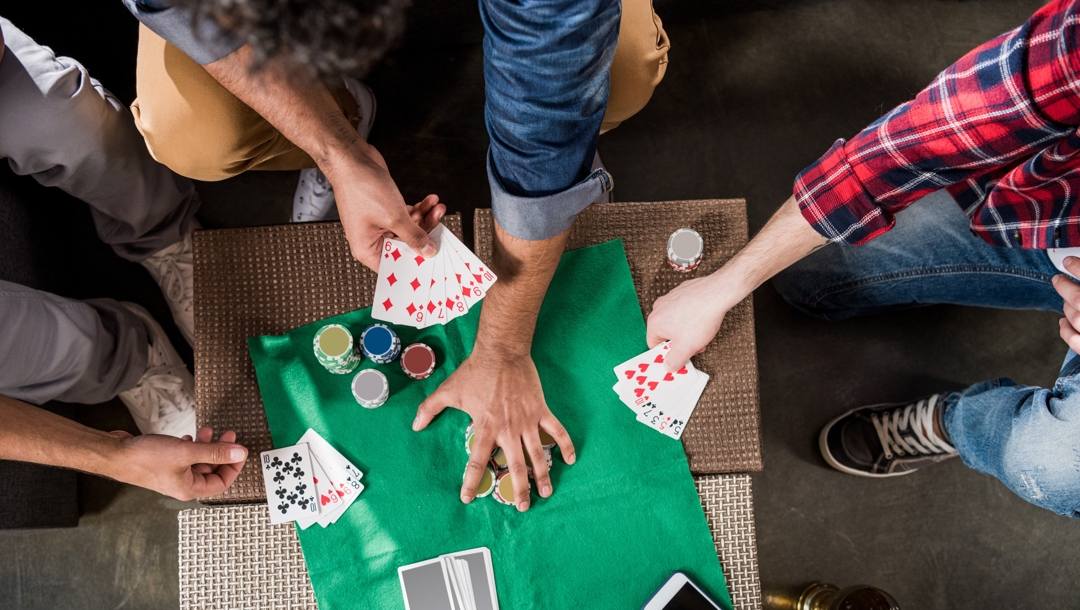 There are many meanings attached to playing cards. To some people, a card like an ace could create a strong hand, while a spade could be a symbol of death for someone else. Nine could be your personal lucky number, but the nine of diamonds is considered the unluckiest card or the Curse of Scotland. It doesn’t matter whether you believe playing cards are just numbers or important omens, they are an integral part of many beloved casino table games. Let’s shift the focus away from the game for a moment to look at the history of playing cards and a few fun facts you probably didn’t know about them.

A brief history of playing cards around the world

In the US, almost every household has a deck of playing cards. The United States Playing Card Company is one of the biggest playing card manufacturers, with more than 100 million decks being made every year. But the history of playing cards doesn’t begin in the West. Playing cards were not even initially used for games like poker or live dealer blackjack.

From China, playing cards slowly spread across India, Egypt and Persia. They reached Europe in the 1370s when they were brought in by Italian and Spanish merchants. The cards were considered luxury items for the rich because they were hand-painted. This is how card games became a popular pastime for upper-class Europeans, which helped continue the distribution of playing cards along the European trade route in the 15th century.

Today the popularity of playing cards continues to rise. With more variety games being invented and the convenience of casino games online and offline, playing cards are here to stay. 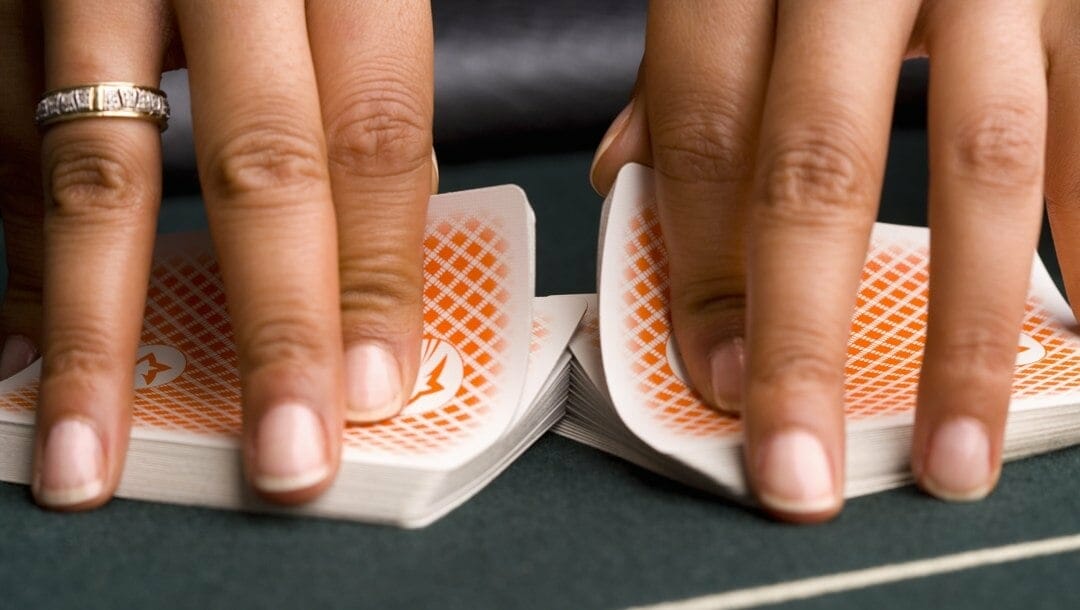 If you want to learn how to play table games in Vegas casinos, you have to spend time studying different playing cards and their ranks. But there are so many more interesting features to discover in a playing card deck beyond values and numbers. Here are a few facts you probably didn’t know.

1. The strange link between playing cards and the calendar

Decks of cards didn’t always have 52 cards. In fact, old decks had 24, 36, 40 or 48 cards. While it’s not clear why a 52-card deck became the standard, the reason could be the link between playing cards and our calendar.

52 cards correspond to the number of weeks in a year. The colors red and black are believed to signify day and night, while the four suits represent the four seasons. Even though these facts might sound more coincidental, it becomes even more fascinating as you dig deeper.

The 13 cards in a suit match the number of lunar cycles, while the 12 court cards represent the months in a year. However, the craziest fact of all is that if you were to add up all the symbols in a complete deck of cards, there would be 365, the number of days in a year.

Most of the images used in modern playing decks come from French playing card manufacturers from the 15th century. The French modeled the court card figures after important historical leaders like Julius Caesar for the king of diamonds and Charlemagne for the king of hearts. The Bible’s King David is believed to be the inspiration for the king of spades, and Alexander the Great was the face of the king of clubs.

While the queen of hearts oddly resembles Queen Elizabeth the first, the design predates her birth. The queen cards were inspired by ancient figures like the biblical Judith.

Most land-based casinos use 100% plastic playing cards to prevent cheating. These plastic cards are difficult to mark or crease, which makes it hard for players to track their movement in a game.

Decks in a casino can only be used for up to 12 hours before they are switched. The length of time a deck will be used depends on how busy a table is and if the cards are shuffled by hand or machine. During peak hours, casinos can even switch decks after an hour. These constant switches are a way to prevent players from using marks, bends and cuffs to gain an advantage in a game.

If you’ve seen the phrase retiring or canceling a deck in a glossary of table game terms, this is when casinos will discard decks by clipping corners, marking or punching holes through cards so they can’t be reused in a game. Luckily if you prefer online casino games, you don’t have to worry about hundreds of decks being discarded daily. 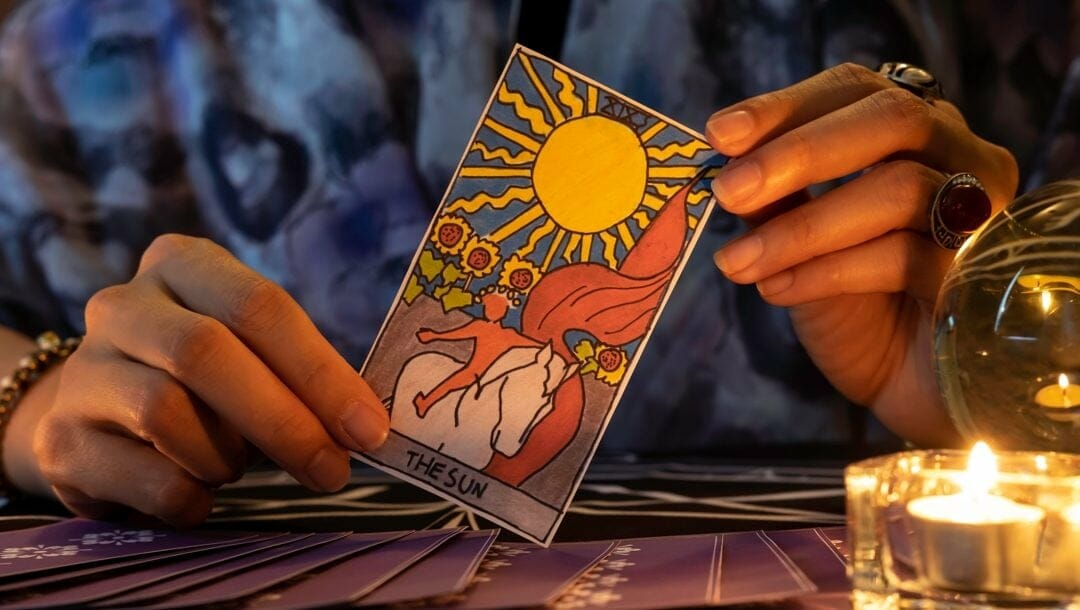 The French were the first to divide the deck into its iconic red and black color scheme, and they also introduced the standard suits we use today – clubs, spades, hearts and diamonds. Before that, tarot cards inspired the Latin suits of old playing cards. These suits featured the cups, coins, swords and clubs seen in tarot cards.

British playing cards were the same as the popular French cards. However, there was one difference in the way cards were used. This was called the “British Rule.” Under this rule, the ranking of the king and queen cards would be swapped based on the monarch who sat on the throne at the time. That would mean during Queen Elizabeth’s historic 70-year reign, the queen card would have ranked higher than the king under this rule.

7. The Bicycle Card Company used playing cards as a “weapon” of war

There’s a reason the US Bicycle card manufacturer is the most famous in the world. In two instances, they used playing cards to their advantage during war. During World War II, the card company worked with the US government to create special decks that were kept secret to help American prisoners of war. The cards could be peeled apart when they were wet to reveal a map to help soldiers escape.

In the Vietnam War, the Bicycle company created special “death’“decks that only had the ace of spades in them. Soldiers used these cards to intimidate Viet-Cong soldiers and civilians, as the cards were believed to be a terrible omen.

8. You can play live dealer casino games and card games on your phone

You don’t need to travel to a casino to play classic table games anymore. With BetMGM, you can enjoy a wide variety of casino card games on your phone. The most popular card games to play in our live dealer online casino include live blackjack, poker, craps and baccarat. We offer both popular and obscure variations to suit your playing style.

Play at a casino online on your mobile devices with BetMGM

BetMGM has something for everyone, from classic card games and immersive online slots to great sports betting options. When you create an account, you get access to our extensive library that features thousands of themed slots and the biggest range of table games. Visit our website to join the King of Casinos and start playing your favorite casino games anytime and anywhere.