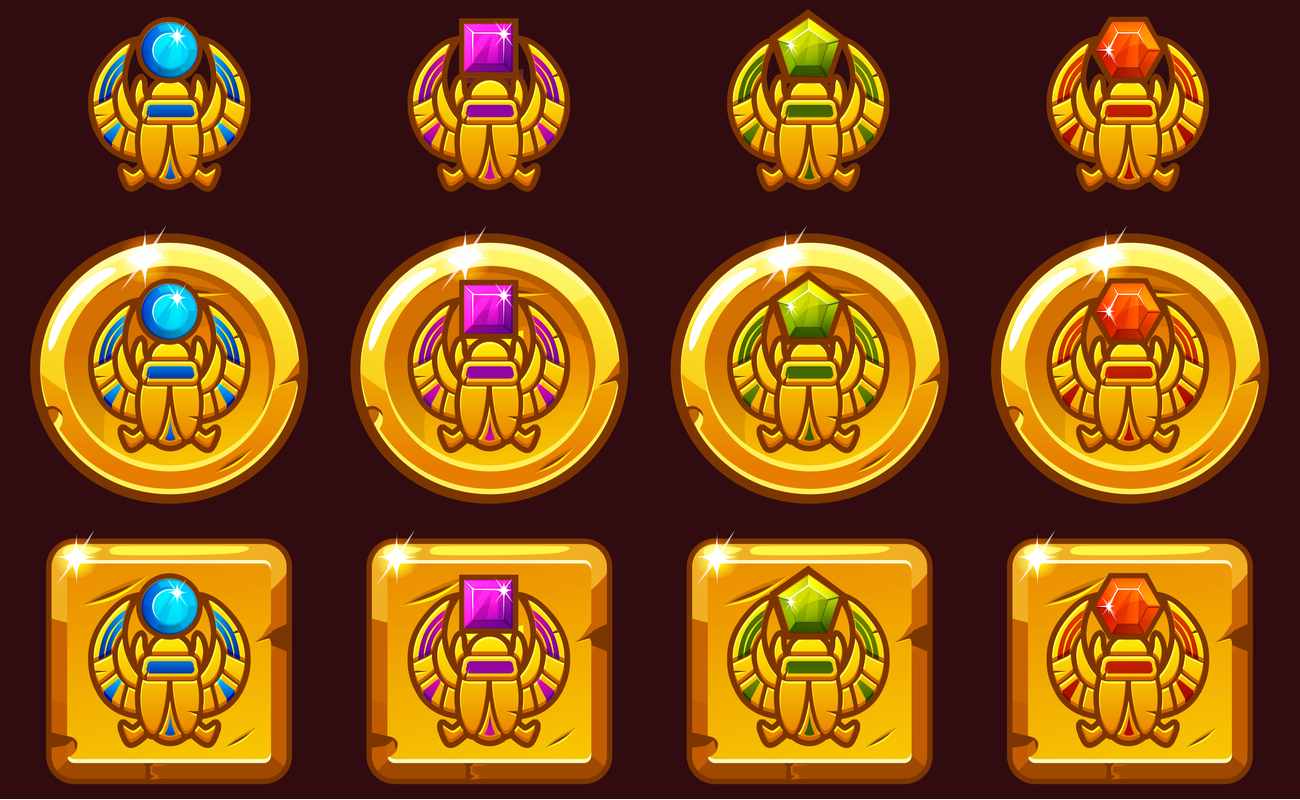 There are many online slots, each with their own flavor and twist on the classic slots experience. Mini Loot’en Khamun captures all the fun and excitement of the beloved original Loot’en Khamun. We explore all the aspects of this game, including the theme, graphics, design, and what it takes to strike it big.

While developers are yet to understand exactly why people love the Egyptian theme of many casino games, there’s no denying that there’s something appealing about this ancient culture. The growing number of Egyptian-style video slots is an indication of its popularity in the casino world.

It’s also important to note that this is not a new trend. Classic games like Cleopatra were first released into real-world casinos in the 1970s. Mini Loot’en Khamun is one of the latest additions that add to the ever-growing list of online Egyptian slots and follows on from Loot’en Khamun, a game whose title plays off the Egyptian name Tutankhamun.

In Mini Loot’en Khamun (and Loot’en Khamun), you take on the role of the Professor, an explorer searching an ancient Egyptian site in search of riches.

Unlike some slot games which aim to dazzle with flashy effects and 3D images, Mini Loot’en Khamun goes for a simple, clean cartoon graphics style, based on the Egyptian theme. This visual approach is naturally dominated by the yellow and brown hues of a natural desert. Reels are divided into individual pieces of papyrus parchment, which all have a faded, worn look, which helps bring the player into a game that is set during the exploration of a historical Egyptian site.

The game has some traditional casino symbols (the nine to Ace cards) on the reel, which stand out against the predominantly earthy backdrop, thanks to each of their different, vibrant colors. Some Egyptian icons are also included, such as the Pharaoh's sarcophagus, scarab beetle, pyramids, and other hieroglyphics, replacing some traditional symbols we usually see in a typical slots game. The game’s logo is used to represent the wild symbol in the game.

When the player enters the mini-game, they are presented with an Egyptian tomb filled with riches, with the intrepid explorer, the Professor, on the left, and a golden monkey statue on the far right. The Professor stands before another grid, which again features different hieroglyphs and other symbols that represent free spins and multipliers.

Surrounding the main screen is the game’s interface. It includes many easily accessible features, including auto spin, total bet, and max bet options, and is organically integrated into the game itself.

Mini Loot’en Khamun features a classic Egyptian-themed tune reminiscent of a classic Hollywood adventure movie like Indian Jones or The Mummy. The rest of the sounds in the game, such as making selections in the mini-game, also draw upon this exciting genre.

Fans of slots will not be surprised by the five-by-three reel format. However, Mini Loot’en Khamun differs from some of its competitors in that it’s an “All Ways” no payline slot game. An “All Ways” slot game changes the way players can win by removing typical win lines, and offering 243 possible combinations to win. As a result, the Mini Loot’en Khamun online slot game has a higher RTP than many similar offerings.

In order to trigger the mini-game, a player needs to get three matching symbols that appear on consecutive reels. These symbols can appear anywhere on the reel, such as the top, middle, or bottom, but must be on adjacent reels.

When the mini-game starts, the reel changes from a five-by-three reel to a five-by-four reel. During a bonus round, players choose “slabs” from the five-by-four reel. In this mini-game, players can acquire a minimum of six and a maximum of 30 additional free spins, as well as trigger a maximum multiplier of eight. If a player chooses an incorrect stone, the bonus round ends. During this round, there are 1024 winning combinations, increasing a player’s chance of scoring a win. However, no jackpot wins can take place during the mini-game.

If players ever need to, they can review the rules by clicking on the Rules button in-game.

The Jackpot and Other Rewards

The Big One Jackpot

Players enter the jackpot round when the Big One Jackpot is hit. During this round, players see the jackpot wheel on the right and the values for each prize level on the left. These levels are:

This is a progressive jackpot system, which means that each level of the jackpot will grow as more bets are placed. This value is further increased by a small amount that the house pays towards the prize pool.

The amount a player will receive is displayed on the paytable, with Way wins being multiplied by your total bet amount. If you have more than one Way win, only the largest win will be paid out.

Your chance of striking it lucky and winning a jackpot is completely random. Any winning combination can see you take home any level of the jackpot prize pool. However, the more you bet, the greater your chance to strike it lucky with any of the jackpots.

If you’re a fan of Egyptian-themed slot games, you’re also likely to enjoy:

You can find all these games and more here.

Play a Wide Variety of Casino Games at BetMGM

No matter the genre of casino games you enjoy, you can find new and exciting experiences at BetMGM’s online casino. BetMGM is a trusted international casino organization that began offering online gaming services to players in 2017.

If you’re interested in taking home the jackpot on the slots or other games at our casino, be sure to check out all the casino games BetMGM has on offer, including slots, live dealer games, and virtual sports.