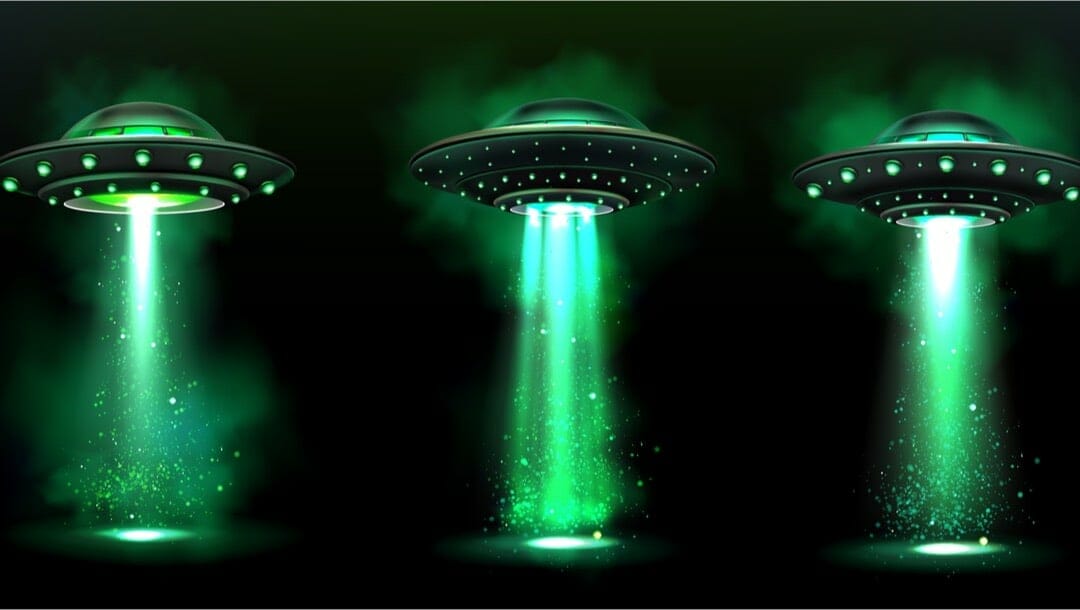 Is there anything more thought-provoking than what lies in outer space? Many don’t think so and World UFO Day is on the horizon, which gives us the extra prod to wonder what could be out there. Whether you’ve always wanted to land on the moon, you are interested in the stars, or you truly believe that there is life in the furthest reaches of the universe – if you’ve got an interest in space or aliens, this is an exciting day for you.

Let’s take a closer look at what World UFO Day is all about and what online casino games you can play to celebrate.

What is World UFO Day?

Before we get into what online slots are best suited to celebrate World UFO Day, it’s worth taking a quick look at where the day came from and what it entails.

World UFO Day is celebrated every year on July 2 and it was first recognized in 2001 by UFO researcher Haktan Akdogan. The date is significant because July 2 is the anniversary of the alleged UFO crash in Roswell in 1947.

World UFO Day is celebrated by all of those around the globe who are interested in the unknown. The interested, the curious and ufologists gather together on this day to take a closer look at the sky to try to spot Unidentified Flying Objects. These observers of the sky are also fuelled by a campaign to get the government to declassify their UFO sighting files.

If you’re one of the people celebrating this auspicious occasion, then why not play casino games with a space theme? These are our top slots to try this World UFO Day. 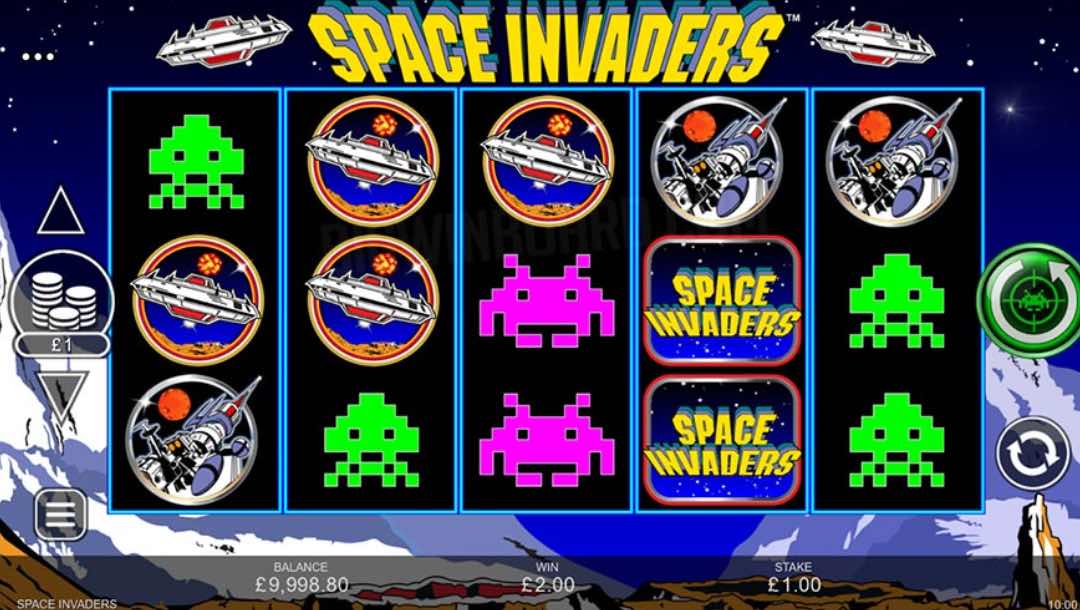 Space Invaders is a simple yet hypnotic space-themed slot from Playtech. Based on the original 1978 arcade video game created by Tomohiro Nishikado, this will bring back a good amount of nostalgia for those who got their hands on their original game as youngsters.

This 5-reel, 5-row game has 10 paylines and you’ll have to be on the top of your game to defend planet Earth from extraterrestrial threats. You’ll find some cool symbols on the reels, including three different alien characters, spaceships, monsters, planets and flying saucers. All symbols can appear stacked on the reels and the highest value symbol (the planet) can award you 150x your stake.

When it comes to special features, the first one to look for is the Invaders Turn Wild feature, where a cannon will fire under the reels and blast away the lower value symbols on reels 2 or 4 and transform them into wild symbols if you form a winning combination. This will double your winnings.

Then there’s the UFO that flies above the reels. If the cannon and UFO align, you’ll trigger the UFO wild feature, which will give you a free re-spin with up to nine added wilds, which could award you some big wins.

If you want to follow the story of five cute-looking aliens traveling through the universe together, then you’ve got to try out Space Wars. NetEnt is the developer behind Space Wars, which has 5 reels and 40 paylines to enjoy. Plus, it’s got a seriously good RTP of 96.8%.

The backdrop for this slot is somewhere out in the cosmos and you’ll travel along with your five cooky companions as they try to win back the powerful space crystal. On the reels, you’re going to find a whole bunch of super interesting animated aliens. The green alien has got the best costume and has a wonderful animated sequence.

While there are no specific bonus features in this game, you should keep an eye out for the in-game Space Wars features, including wilds, stacked symbols, and Cloning Pod re-spins.

Invaders From the Planet Moolah 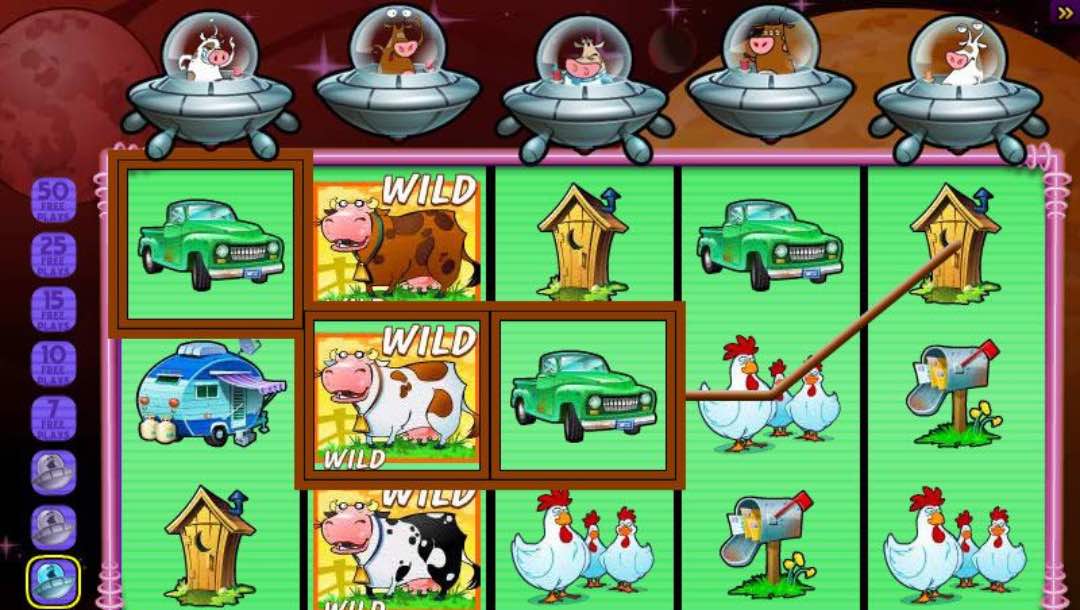 Now, who would have thought that “farmyard meets outer space” would make a great slot game? WMS clearly knew that it would. This game has 5 reels and 25 paylines and can be played from $0.25 to $125 a spin. Of course, it’s the cascading reels feature that has everyone going crazy over this oddly themed slot game, where you’ll find a cow floating above each reel in its own cute spaceship.

The wild cow symbols are the key to this game and they can appear on every reel except reel 1. The cascading reels feature can set you up with some big wins here! Whenever you land a winning combination, the winning symbols will disappear and are replaced by other symbols to help you form more winning combinations. If you have groups of the wild cow symbols, you’ll get longer cascading events, which will increase your winning streak significantly.

Of course, these are just a few of the best online slot machines to celebrate World UFO Day. Here are some others to check out:

Play all types of casino games with BetMGM

At BetMGM, we have online casino games for every occasion and whether you want to celebrate something special or simply entertain yourself, we’ve got casino table games, slots, live dealer casino games and much more for you.