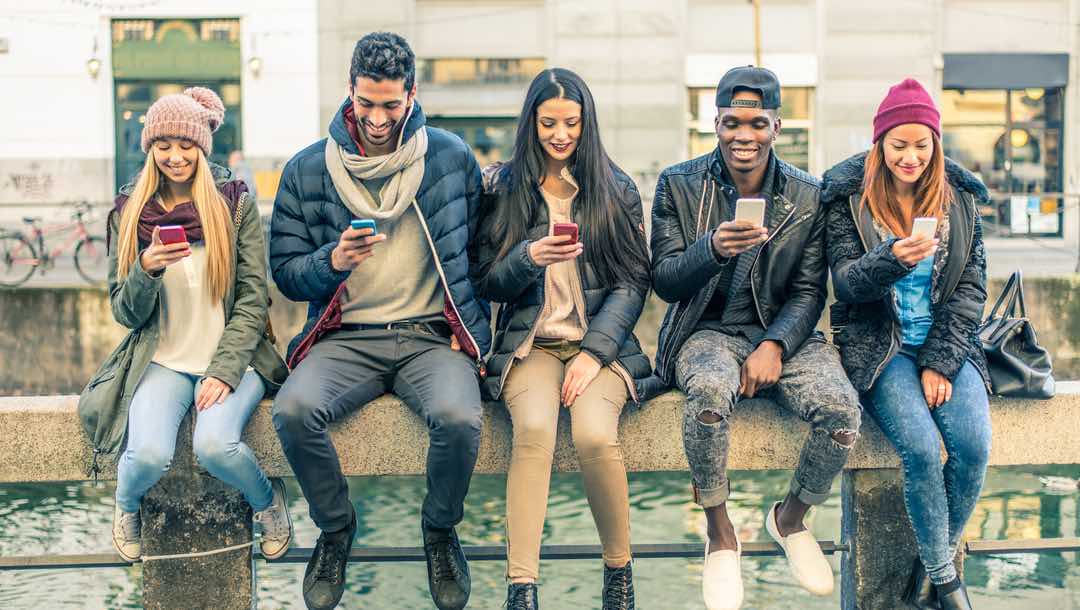 BetMGM is committed to bringing the most sought-after online casino games to you, from classic favorites to the latest releases. As such, we’re constantly adding new titles to our range of offerings. We’re proud to host an extensive list of the best online slots.

With so many exciting titles to choose from, you may be wondering where to begin. How about with our latest releases and fan favorites? Take a look at just a few of the top casino slot games that were released on BetMGM this January. 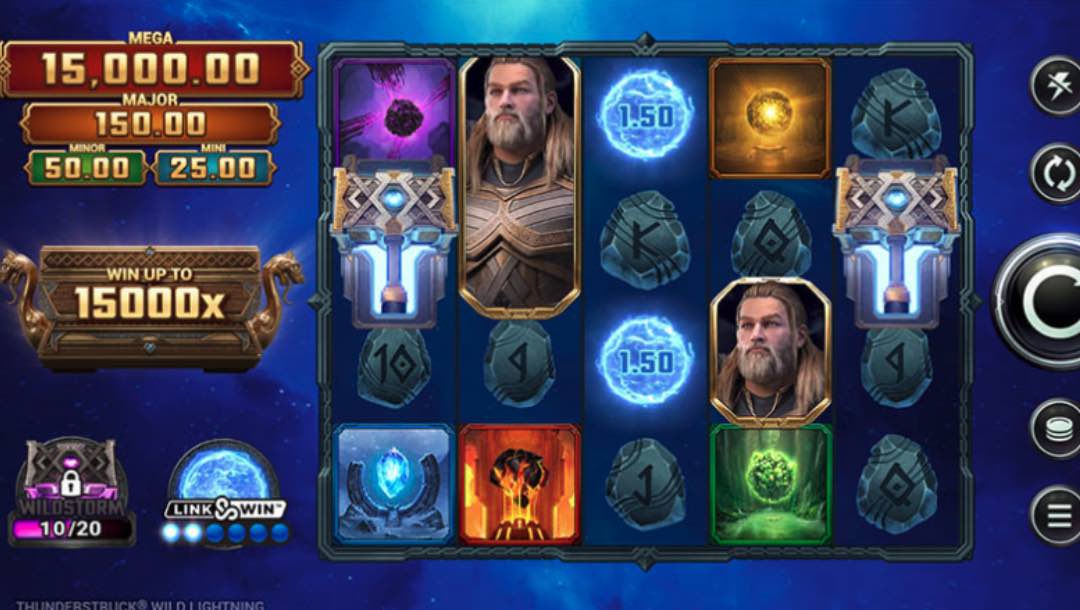 Blending all the elements of classic French Roulette with game show flair is Live Lightning Roulette. Streamed live from Evolution Gaming’s sleek studio, the game transports players to an opulent 1920s-style roulette game with a world-class live dealer, HD streaming, Art Deco visuals and animated elements. Expect electrifying, lightning-quick, high-quality gameplay and enjoy the unique aspects of what has been called the most impressive Evolution Gaming production yet.

The RNG Lucky Number multipliers mean that you can increase your winnings by 500x. With a custom-made wheel and an RTP (return to player) of 97.10%, it’s easy to see why Live Lightning Roulette has ranked so highly among players.

Norse mythology has become an exceptionally popular game theme since the release of the hit series Vikings, and DGC has made an equally exceptional contribution to slot games in their new release, Thunderstruck Wild Lightning. This 5-reel, 40-payline slot offers a range of features, including multiplier wilds, free spins and the Link & Win respins feature, not to mention the four jackpots up for grabs. The 96.1% RTP and 15,000x Mega Jackpot, along with the remarkable graphics and soundtrack, are sure to leave players well aware of the mighty power of Thor.

Traditional lotto and modern slot features combine in Lotto Madness to bring the excitement of the game to your screens wherever, whenever. This 5-reel, 20-payline slot has been around since 2006, and it’s become somewhat of an iconic old-school slot game.

While players may look forward to evolving mechanics and modern gameplay, there’s something to be said about a game that has been around for so long and still remains among the highest played. It could be the 5,000x maximum win potential, the fast-paced, action-packed gameplay or the bonus games. Then again, the whopping 97.06% RTP most likely also has something to do with why players keep coming back for more.

Whatever it is, this game seems to have covered all the bases of what makes a slot game so incredibly successful.

Other favorites in New Jersey this month 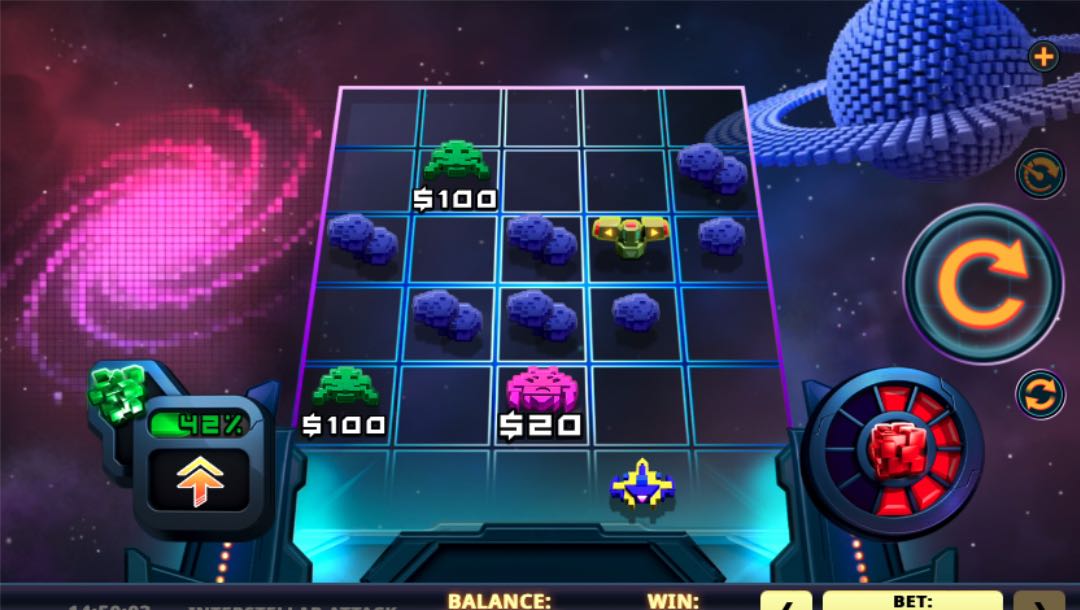 Recreating the dramatic fall of the Han Dynasty is the Golden Three Kingdom slot game, inspired by the Romance of Three Kingdoms novels, one of the Four Great Classical Novels of Chinese literature. Now, the epic battle takes to your slot screen in this 96.4% RTP slot game. With superb graphics and a riveting storyline, this game adds a unique and intriguing element to the popular Asian-themed slot genre.

Online slot machines for real money meet retro arcade-style space games in Interstellar Attack! The 5×4 reel grid is centered in the middle of the galaxy, surrounded by planets and stars. You’ll see asteroids and spaceships vying for the chance to activate multipliers, rev up your Power-Up meter and score you crystals and credits that’ll improve your warship. With arcade-style pixel graphics and neon colors, a massive betting range of up to 4,000 credits and out-of-this-world symbols, this is a game you cannot miss out on.

Slingo Deal or No Deal – Slingo

Slingo Deal or No Deal brings the best of bingo, slots and game shows together in this iconic Slingo version of the classic TV show. The banker has some offers to make and you’ll need to hit some Slingos to take them up. Stand a chance to win 1,000x your wager and enjoy all the excitement of mystery boxes, multipliers and much more.

Other favorites in Michigan this month 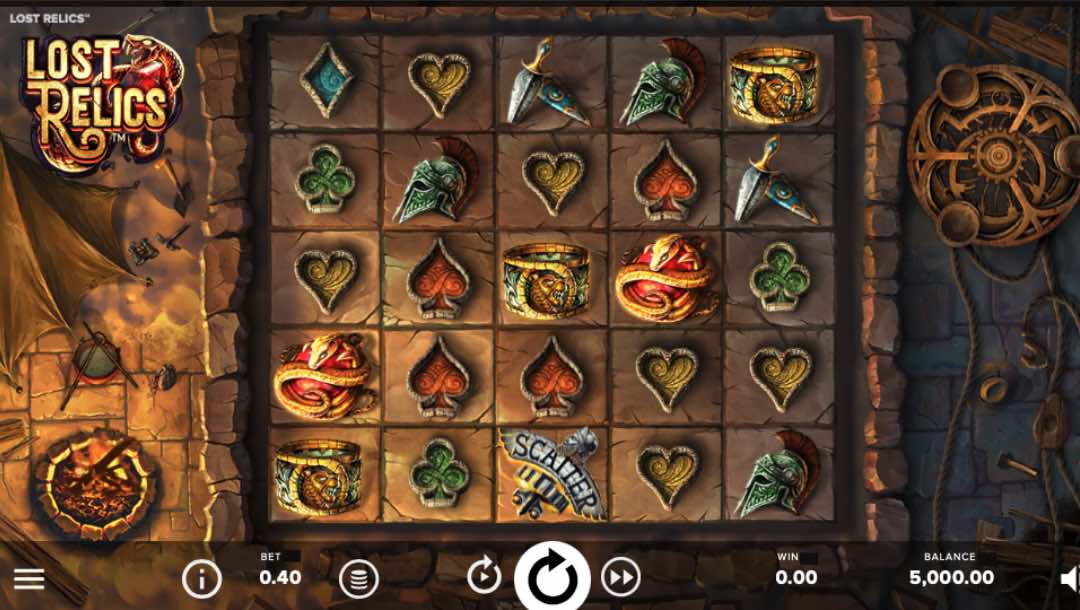 If treasure hunts are your kind of fun, Lost Relics takes things to the next level. The game takes place on the stone tiles of an ancient archeological site, where a female explorer is helping you make your way through a maze of bonus features. Hidden treasure chests filled with value rewards, random coin wins, extra wilds, wild substitutions and free spins are all waiting to be discovered. The cluster pays format, 96.3% RTP and grand treasure of 6,000x your wager, along with the intricate design and impressive graphics all serve to immerse slot players into a world filled with adventure.

Unlock 117,649 ways to win and four jackpot prizes, the highest being 2,272x the bet, when you play Ji Bao Xi Megaways. The name literally translates to “good fortune,” and SGDigital has offered a range of features and a stellar RTP of 96.06% to bring that name to life during your gameplay.

Find golden dragons, lucky tigers, koi and more stunning Asian visuals when you spin the reels. Free spins, jackpot prizes and coin multipliers will accompany your gameplay and lend to the atmospheric immersion into this vibrant Megaways slot machine.

Other favorites in Pennsylvania this month Escape the mundane and enter a world of fantasy and enchantment in Wilderland. This 5×3 reel, 20-payline slot game boasts ethereal visuals and the chance to conjure up to 4,860x your stake in winnings. The vast betting range (from $0.20 to $1,000) per spin allows you to keep things as safe or risky as you choose. The aim is to land as many wilds as you can in the Activation Zone, which could lead to wonderful wins and free spins dropping like fairies. The RTP of 96.16% promises to keep things interesting, as does the whimsical soundtrack!

Blow your mind with the latest brain teaser from NetEnt, Codex of Fortune. This multi-layered system has you climbing through cryptex levels as you collect multiplier payouts. The game offers a 5×4 reel layout with 40 paylines, an average RTP of 96% (which can increase up to 98%!) and four engaging features, including key collections, free spins and respins. Brush up on your code-cracking in the hopes of scoring the 10,000x prize, and enjoy the elegant imagery, from a butterfly jewel wild to a peacock jewel scatter.

Other favorites in West Virginia this month

BetMGM hosts a wide variety of the best online casino games for your enjoyment. From online slots for real money to live dealer entertainment and classic table games, play to your heart’s content when you register with our top online casino.