Enthusiasts of online casino games have seen a lot of advancements over the last few years, thanks to evolving technology. The great thing about choosing to play slots online is that there’s such a big choice of slot titles and themes around these days. At BetMGM, we have some of the best online casino slots from some big casino game developers. Some of the top titles on our casino site are WMS slots. Let’s take a look at WMS Gaming and some of its epic slot titles that you can play right here.

Williams Interactive, better known as WMS Gaming, is a subsidiary of the larger WMS Industries and Scientific Games. The software provider started off as a video lottery provider, but today is known as a slots-only developer in the online space. It’s also known for creating innovative ways to decide payouts (for example, through the Reel’em In online slot, it showed incredible ingenuity by launching the multi-coin and multi-line secondary bonuses.)

But while you may agree WMS is one of the most respected online gaming developers around, and are aware its many slot titles can be found on several reputable online casino sites around the world, do you know which games are the most fun to play? Let’s find out!

The epic Raging Rhino online slot was launched in 2015 and is still found on the top 100 slots lists. This slot game really catapulted the success of the 4,096-ways-to-win mechanism. In Raging Rhino, players can stampede their way to glory on the slot game’s six reels. The game embraces an African savannah theme, with emerald-shade reels.

WMS slots are generally known to have visuals that are true to classic brick-and-mortar casino slots, and Raging Rhino fits the mold. Continuing the safari theme, the soundtrack is drum-heavy, which really makes you feel as if you’re about to approach some rhinos out in the wild. Symbols on the reels include a badger, crocodile, leopard and gorilla. Bonus features in Raging Rhino include the free spins feature, which can award up to 50 free goes. You can expect pretty straightforward gameplay with decent potential if the wild multipliers are present on the reels. Raging Rhino has an RTP (return to player) of 95.91%. 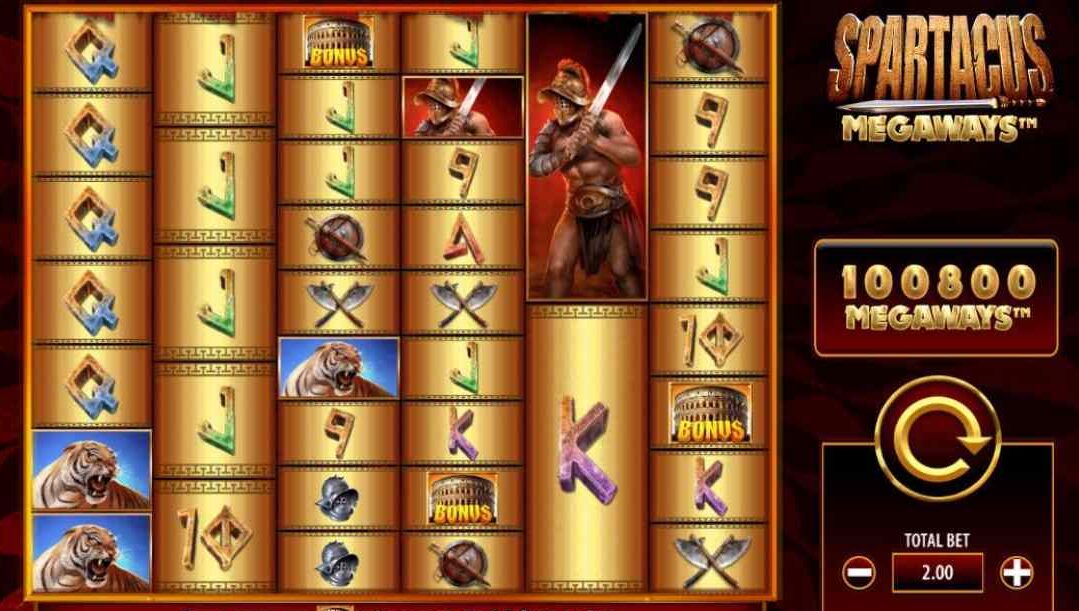 Thanks to this game’s Megaways system, players are in store for some juicy wins. Spartacus Megaways features cascading reels, curtains that block symbols, free spins and expanding wilds. It is one of the best online casino slots that offers up to one million different ways to win. This WMS slot has an RTP of 96.32% with a maximum win of 12,500x the player’s stake per spin.

The game is based on the legendary Thracian gladiator, who fought for the freedom of the soldiers around him. Taking on a Roman Empire theme, the graphics resemble the original Spartacus: Gladiator of Rome slot game. This Megaways variant also features a rhythmic soundtrack to keep players engaged with all of the action on-screen. Symbols on the reels include Roman-style playing cards (A, K, Q, J, 10 and 9,) axes, swords, helmets, shields, tigers and gladiators. If you land a few expanding Spartacus Wilds, you’ll play with more Megaways, which could potentially lead to bigger payouts. Spartacus Megaways is an improvement on the original Spartacus: Gladiator of Rome, which is one of the most popular land-based slots (although you can play it online too.)

Dancing Drums is a follow-up to the popular 88 Fortunes online slot. Players get to interact with the mesmerizing Fu Babies once again in Dancing Drums. If you hear the sound of cymbals clashing while the Fu Babies appear on the reels, it means they’ve delivered good fortune your way! Dancing Drums is a 5-reel, 3-row slot with Asian-inspired symbols on the reels. There are 243 ways to win in this game, with the betting size starting as low as 0.88 credits – following the Chinese belief that the number eight is auspicious. The betting size goes all the way up to 220 credits, so make sure you’ve checked what level you’ve set.

Players must match at least 3 icons on adjacent reels to receive a payout. There is a great balance to this slot, with not too many features and a lovely ambient soundtrack. Look out for the game’s free-spins feature, which provides the most profit while playing Dancing Drums. With an RTP of 96.06%, Dancing Drums is paced with four progressive jackpots: Mini, Minor, Major and the Grand Jackpot. 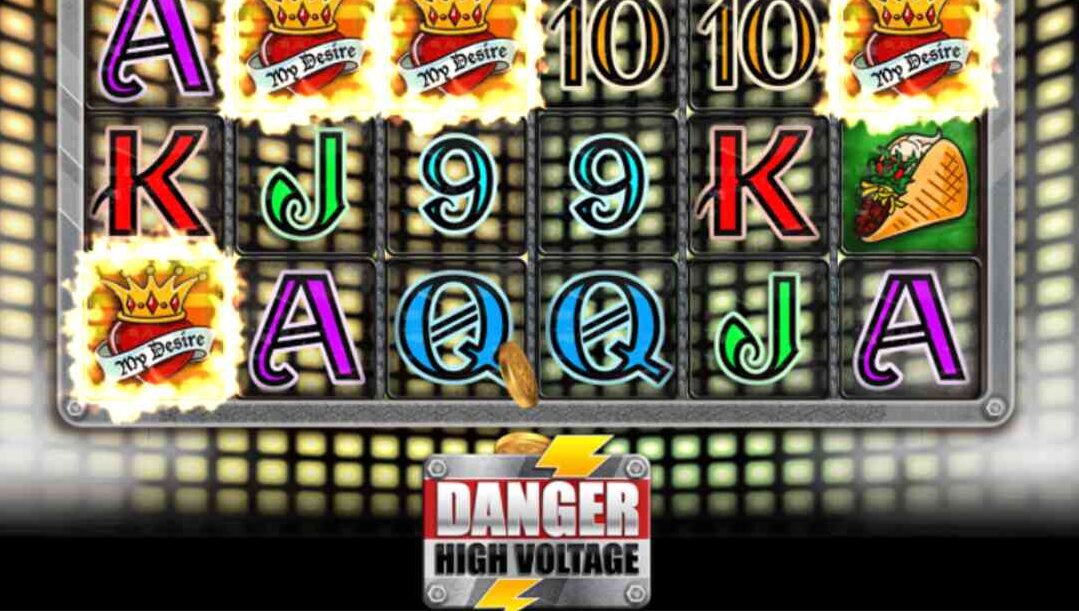 Players who enjoy retro slots will find Danger High Voltage a particularly great game. It’s a 6×4 slot with an RTP varying from 95.97% to 96.77%, and plenty of “electrifying” features. The base game features two wilds, one with a 6x multiplier. The theme draws on Mexican culture, with symbols such as the Mexican skull, clock, glitter ball, taco and playing card icons.

Danger High Voltage features a bonus game that’s triggered when you land 3 or more scatter symbols on the reels. Keep a lookout for the Full Reel Wilds feature, which comes in two forms: Wild Fire and Wild Electricity. Both these wilds can substitute for other symbols (except the scatter,) and help you form winning combinations on the reels. What’s more, the Wild Electricity symbol adds a 6x multiplier to your win for an impressive payout. Danger High Voltage is a popular slot game that’s worthy of a few spins.

Play WMS slots – and much more besides – at BetMGM

WMS Gaming is known for its iconic slot titles with some cutting-edge gameplay. Among its catalog, you can find Bonanza Megaways, Fu Dao Le and Road to Riches. One thing’s for sure, you’ll never run out of incredible reel action when you play WMS slots.

At BetMGM, we provide those who love playing casino games with the best entertainment. Join us and find out more about our great selection of online slots, live casino games, and casino table games. A world of fantastic gameplay awaits!

The Basic Rules of Poker Tournaments You Should Know

What is the Best Way to Learn to Play Poker?