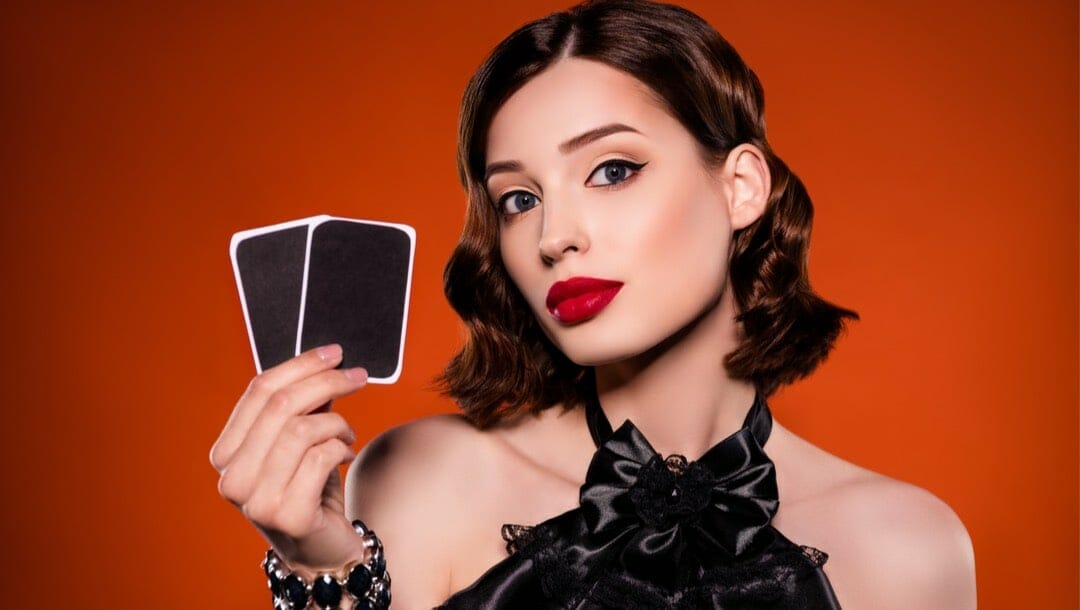 If you enjoy playing blackjack at a casino, a few years ago, you might have noticed that the tables seemed to have been predominantly occupied by men. If you look even further back, you’d discover that in many cases, women weren’t even allowed in casinos! These days, you’re less likely to notice this, both during online casino games and in land-based establishments, and you have the women of blackjack history to thank!

For many years, casinos were strictly male-only establishments. Looking back, the stereotypical image is of women playing simple card games at home with their friends or spinning away on the slot machines. That stereotype is coming to an end, as women claim their seats both at the blackjack tables and in the world.

Several high-profile females have paved the way for women to take part in gambling, whether online or at land-based establishments. Who are these women? Let’s find out. 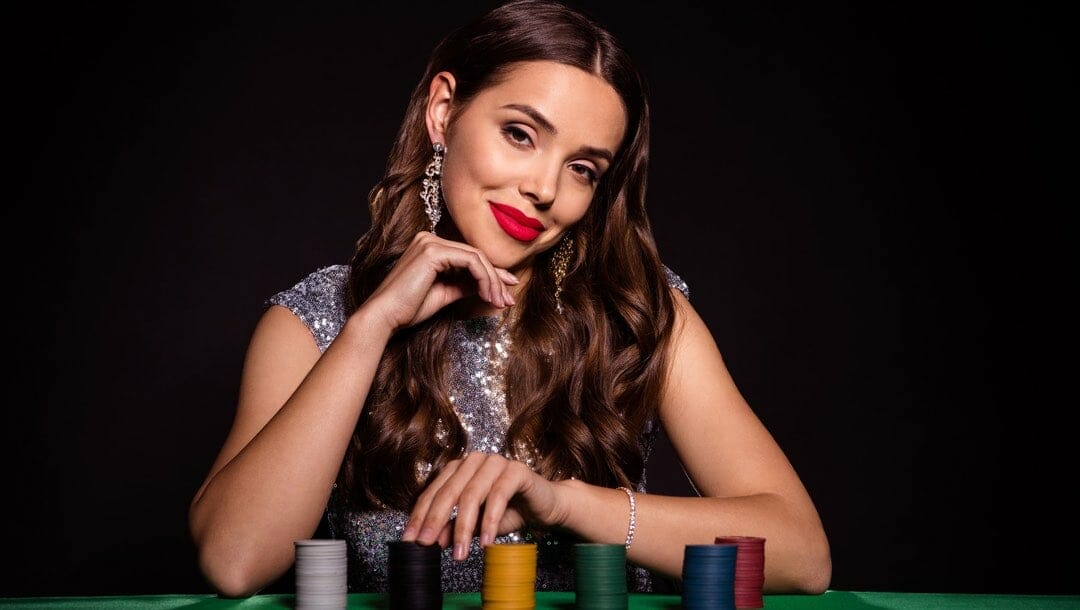 Known as Madame Mustache, Eleanor Dumont is formally recognized as the first-ever professional blackjack player – regardless of gender. The French-born 20-something-year-old moved to California during the California Gold Rush in 1854 to open her very own blackjack-only parlor, Vingt-Et-Un, meaning twenty-one. The establishment, which she ran almost single-handedly, was open only to well-kept men, with no women, except for herself, allowed.

Charming and charismatic, Dumont imposed strict regulations on the casino and was known to deal the cards for each game that took place. While participating in a few games herself, Dumont made a name for herself as one of the best blackjack players in California. In 1959, when gold started to dry up, she sold the establishment and traveled from city to city gambling.

While her reputation became somewhat notorious, her skills and courage as a female gambler will remain firmly cemented in the history books.

From a career in the New York State Senate to Las Vegas, Cathy “Cat” Hubert is one of the most established females in blackjack history. Hubert arrived in Las Vegas two weeks after quitting her job in New York at the age of 24, with a passion for gambling and a dream of becoming a professional poker player. There she secured a job as a blackjack dealer, which led her to learn how to count cards, after which she joined the card-counting team, The Czechs, touring the world blackjack circuit in the 1970s. Her escapades were, of course, very dangerous and even more illegal, and saw her dressing up like a man at times to hoodwink casinos.

After being banned from a number of casinos, both in Europe and America, Cathy took to slots, which, again, she was able to make a generous profit from. In 1986, Hubert met David Heyden and Rick Greider, who were well-recognized poker players, and went on to learn from them and finally fulfill her dreams of being a professional in the industry, earning her title as one of the best female gamblers, if not the best, in history.

She now lives in California and runs an educational online casino site in the USA that encourages women in the gambling industry.

In 2007, Alice Walker made history when she became the first woman to win the World Series of Blackjack. Unsurprising, perhaps, considering she had started playing blackjack at the age of just 3 years old! A professional in both blackjack and poker, Walker secured her spot in the Blackjack Hall of Fame by winning two major tournaments in a row. Her determination, perseverance, and, of course, feminine intuition were all major contributing factors to her well-earned success. 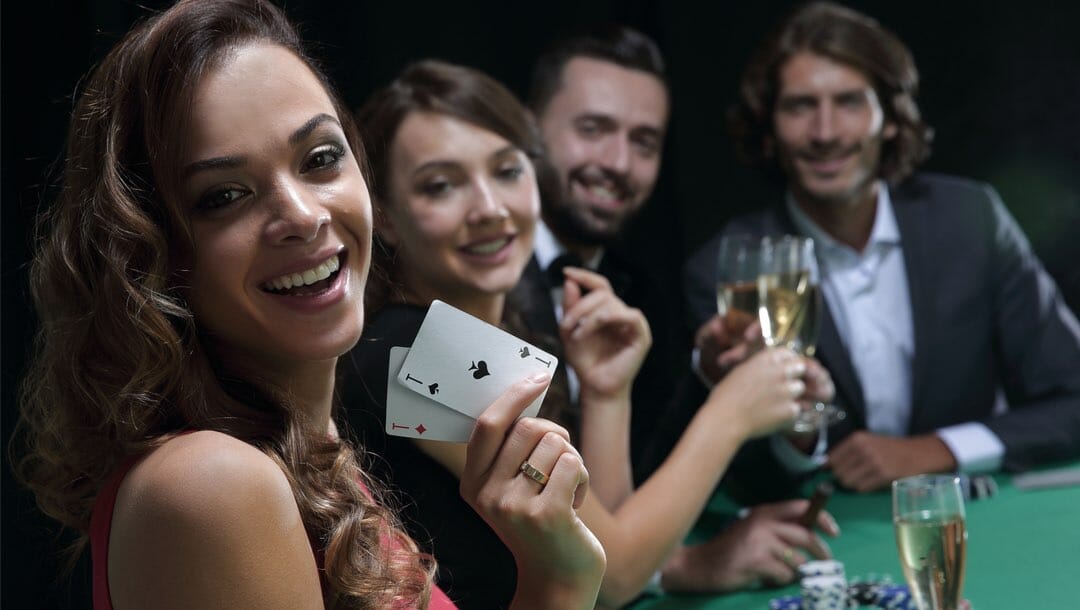 Angie Hardy took to the tables as a Colorado-based single mother doing her best to support her family. Soon after having children, this 30-year-old stay-at-home mother found herself alone and needing to find a way to take care of her young ones. Though she had no prior interest in gambling, Hardy started playing blackjack at online casinos, and while she admits to having no real “natural talent,” her sheer ambition and determination got her from low league games to several major international tournaments, including the World Series of Blackjack.

Known as the “mother lioness” for her aggressive playing style, Hardy proved that women are among the most determined of gamblers, and serves as an inspiration for players around the world.

Known as the “Blackjack Babe,” former model, beach volleyball player and personal trainer Erica Schoenberg continues to break stereotypes, not only disproving any preconceptions about blondes but also that blackjack is not just a man’s game! Having competed several times in the World Series of Blackjack, this blonde bombshell showed an affinity for numbers and logic from a young age, winning a number of math championships in school. From betting her pocket money at the local racetracks to a highly successful career in blackjack and poker, Schoenberg is now a regular at casinos in Las Vegas, alongside her husband Erick Lindgren, who is also a professional poker player.

Yet another former model to take to the blackjack tables, Monica Reeves went through nine months of vigorous training with poker expert Jim Worth before going professional. The Canadian-born player made a name for herself in blackjack tournaments, despite her childhood dream of becoming a dentist. Growing up, family game night was a special event in the Reeves family, and her combination of skill and intelligence made for the perfect entry into the gambling world. She’s since become one of Canada’s most beloved gambling figures.

Whether you’re a fierce fan of blackjack or a slots hobbyist, you’ll find the best casino games when you register with BetMGM. From casino table games to live dealer casino games, test your skill and enjoy your passions with BetMGM.