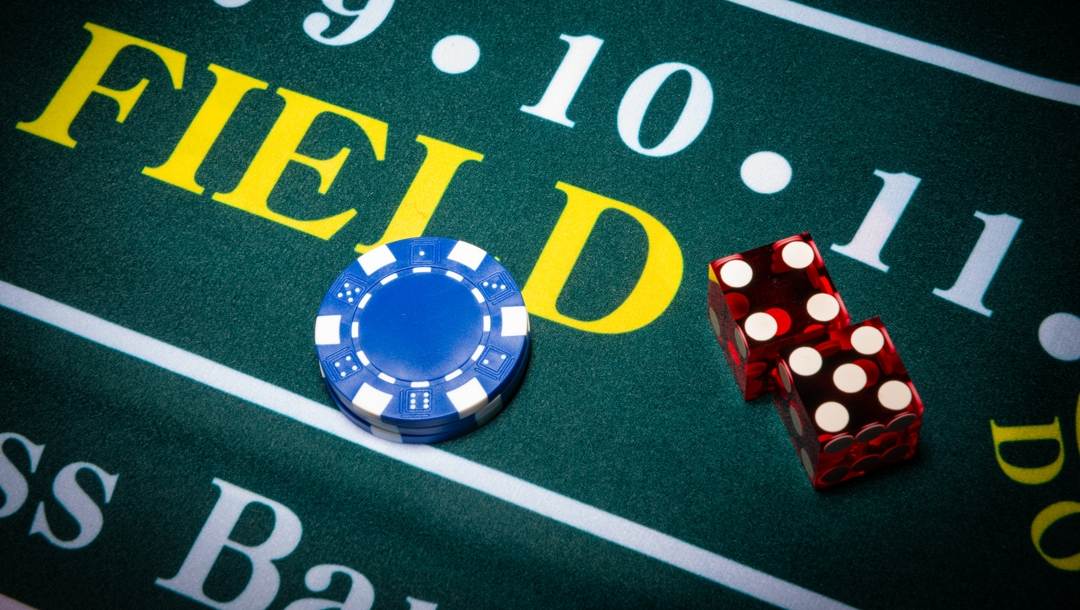 Are you a new craps player? Learning the game’s lingo is a great place to start because it will help you understand how to play craps and communicate during games. We’ve put together an A to Z list of all the craps terms you need to sound like a veteran player in your next online craps game. Let’s get started.

A to Z craps terminology

Here is a beginner-friendly glossary of useful craps terms for people playing craps online or in land-based casinos.

A bet that the next roll will be two aces.

A bet that the next roll will be a 7.

A player who is skilled at rolling or shooting the dice.

In land-based casinos, there will usually be two base dealers on each side of the craps table. Live games in online casinos also have real dealers.

If you make a wager on the pass line, you are betting with the shooter or the person rolling the dice. This type of bet is called a right bet or a pass-line bet.

When a player bets against the shooter.

A wager that the shooter will roll a 6 before a 7.

A wager that the shooter will roll an 8 before a 7.

A slang term used for a 7. Craps players don’t like to say the number 7 out loud because it would violate craps table etiquette.

Another name for dice.

This means 12. Box cars can also refer to a bet that the next roll will total 12.

A person who supervises the craps game and sits between the two dealers.

Another name for the base dealers.

Slang for rolling a 9.

These expressions are used when none of the players are making their point at a table.

A bet made by a player after the point has been established or the dice have been rolled.

The first roll in a craps round.

When you bet on craps numbers during the first roll of the round.

To crap out, you need to throw one of the craps numbers on the first roll in the round. If you do, anyone who bet with the shooter loses and anyone who bet against them wins.

An odds bet that doubles the original pass or come bet.

Reducing or removing a bet from the table.

Slang term for rolling a 5.

A bet with no house edge. The bet must be placed with another bet.

A pass line bet or a bet that the shooter will win.

A field bet or a one-roll bet. 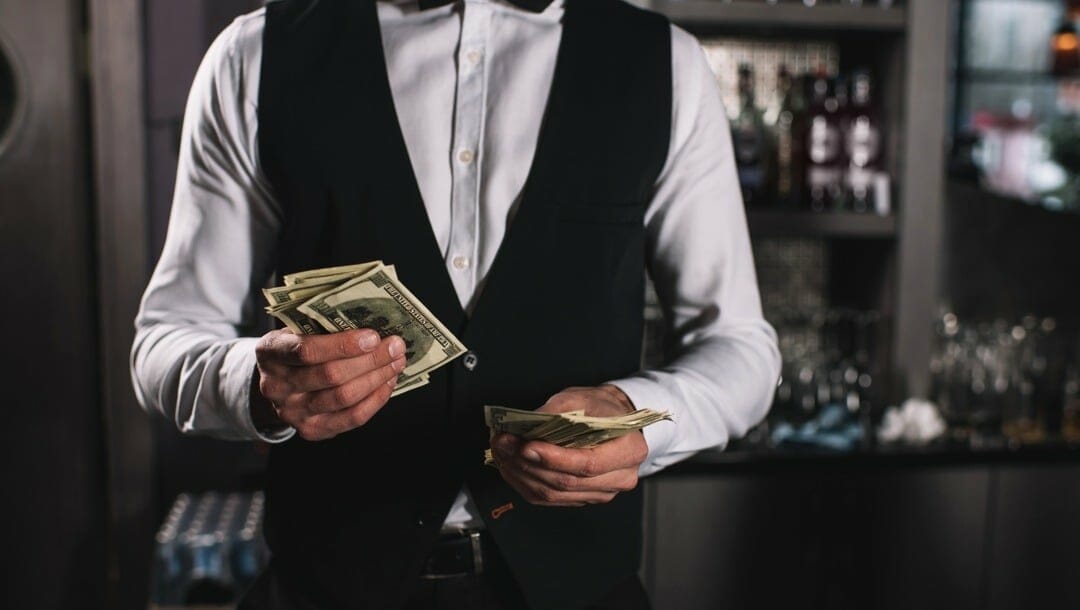 A bet that the next roll will have a particular combination. For example, a 3 and a 5.

A bet that a 7 will be rolled before the number you are placing.

The printed area on the table where bets are placed.

After a point has been established and players can make additional bets.

Slang for rolling a 5.

A plastic disc used to mark a point.

When a dealer puts the marker on the layout to show players the point number.

A shooter who believes they can control the dice. 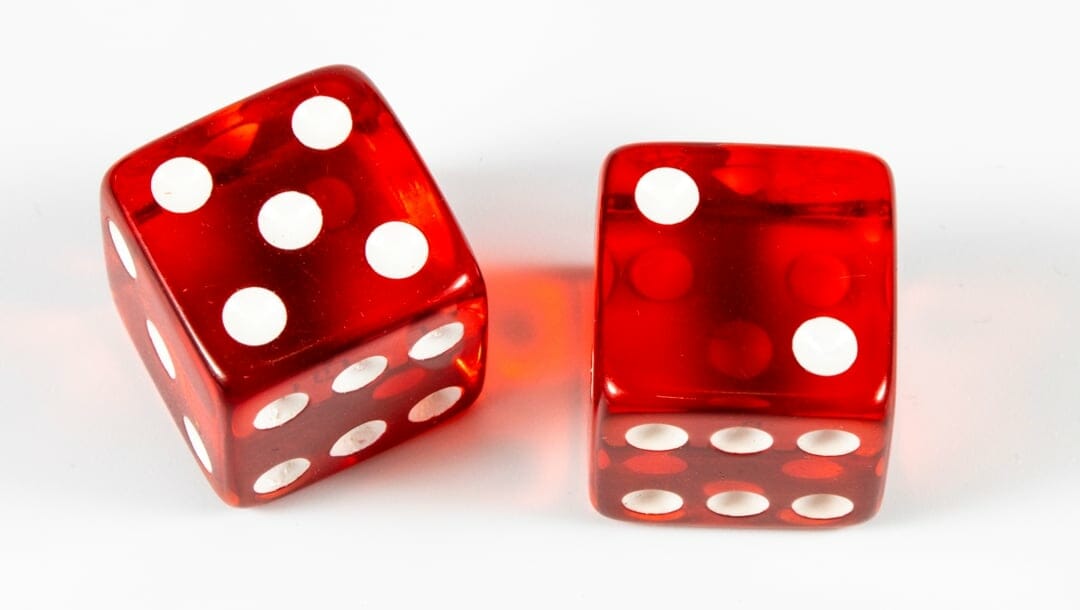 Slang for rolling a 9.

A bet that is lost or won after a single dice roll.

An additional wager after the pass-line bet.

What players say when they aren’t placing any bets on the next roll.

Your bets are active.

Parlaying is adding all your current winnings to your bet for the next roll.

A bet that the shooter will pass the come-out roll and roll a 7 or 11.

A section on the craps table where pass-line bets are made.

If the come-out roll lands on a place number, it becomes the point on the craps table.

Wagering on a bet in the center of the layout.

Slang for rolling a hard 10 or two 5s

The part of the table where players keep their chips.

When the shooter rolls a 7 before the point number.

The player rolling the dice. 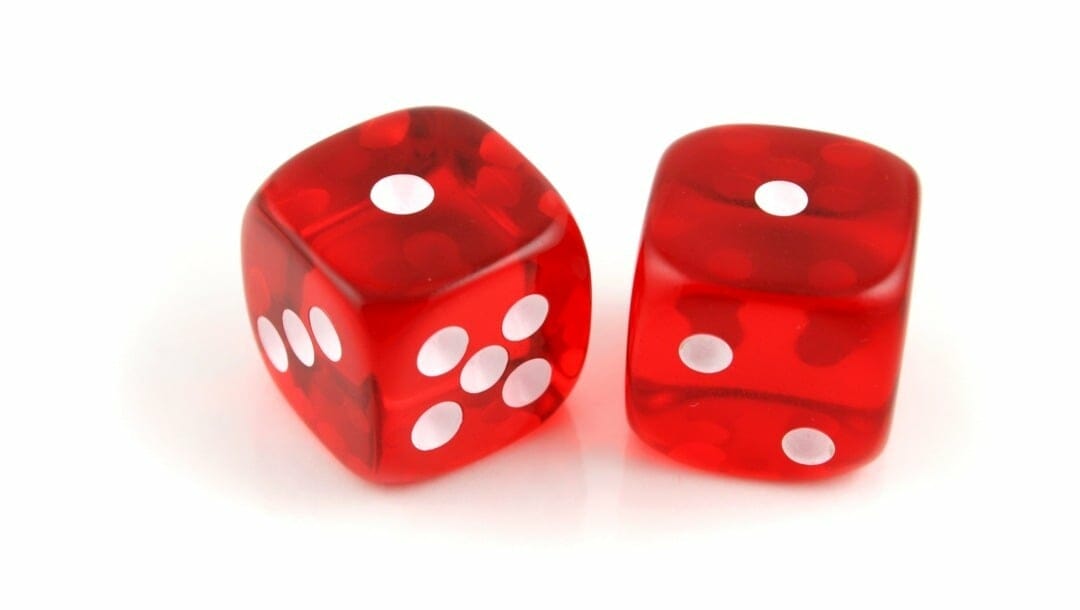 Slang for rolling a hard 8 or two 4s.

A dealer who uses a stick to push dice to the shooter.

Another word for a tip.

Active bets on the next roll.

A high-paying bet that the next roll will be 11.

Roll the dice and take your shot with BetMGM

Now that you know how to speak like a true craps expert, it’s time to test your craps strategy at a craps table. The BetMGM casino has a vast selection of online casino games and live table games with real dealers. For a complete casino experience at your fingertips, register with us.