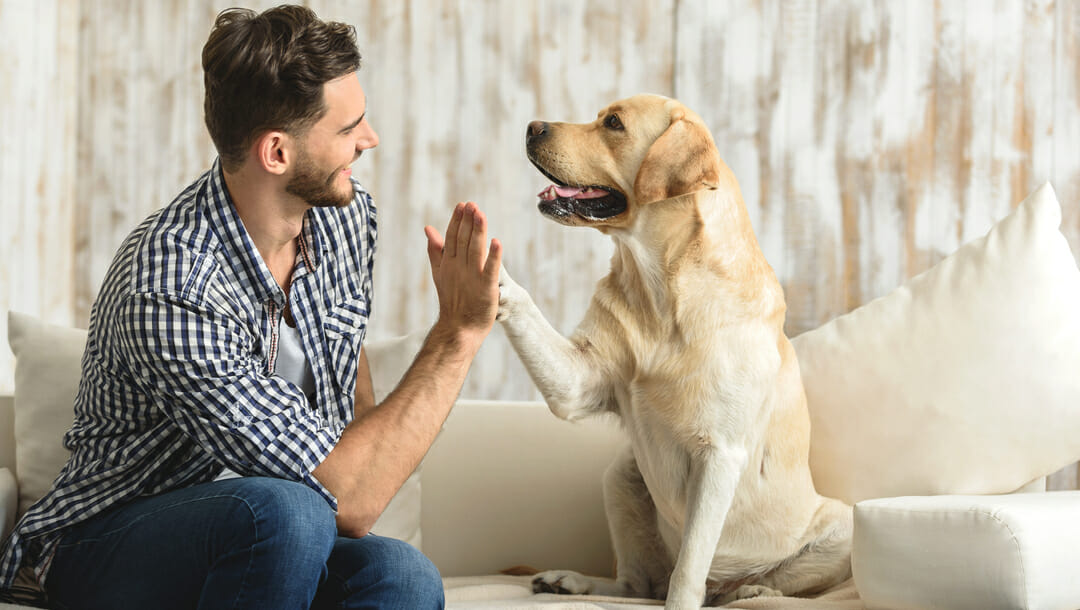 In celebration of National Pet Day on April 11, we’re taking a quick journey through history to see how the fascinating relationship between humans and our pets has changed both us – and them – through the ages. We’ll also be giving you some suggestions for animal-themed online slots and you’re sure to find some other online casino games you can play to celebrate this special day too! But let’s start by taking a look at the number of pets in the USA.

According to a national survey, pets in US households number as follows: 69 million dogs, 45.3 million cats, 11.8 million freshwater fish, 9.9 million birds, 6.2 small animals, 5.7 million reptiles, 3.5 million horses and 2.9 million saltwater fish. (These tallies don’t include other animals kept as pets such as pigs, chickens and cows.)

It doesn’t matter where you are, a desire to share our homes and our lives with other species is common to all nations and is increasing. There are three main reasons for this rise in popularity.

A history of pets timeline

If you were to ask the people in the know exactly when we started to keep animals as pets, they’d probably tell us that we may as well ask when life itself began. We just don’t know. But there is evidence that our relationship with certain species goes a very far way back. So, to simplify things, let’s put the story of pets in a timeline.

32,000 years ago – The Royal Belgian Institute of Natural Sciences has a dog-like skull that was found in a cave in Belgium where early humans lived.

12,000 years ago – Cats and dogs were buried with humans as well as some in their own graves, which occasionally included high-value items.

10,000+ years ago – The Smithsonian’s National Museum of Natural History has dog bones found in Colorado that are more than 10,000 years old.

9,400 years ago – Dogs were bred and sometimes eaten by humans living in what is today, Texas, according to University of Maine researchers who found a small dog bone in ancient human fecal matter.

7,500 years ago – There is evidence that cats were first domesticated in the Near and Middle East. This theory is based on the bones of an African wildcat that were found close to a human grave in Cyprus. There are no native mammals on Cyprus, so it seems the cat was brought to the island from the Middle Eastern mainland.

4,000 years ago – Egyptian nobility used the Saluki as a hunting hound as well as an honored companion. They were even mummified, like the pharaohs! When it came to cats, the Ancient Egyptians believed that they could protect their homes and bring them good luck. A number of gods and goddesses were associated with cats, one example being Bastet, who had the body of a woman and the head of a cat.

2,000 years ago – The Romans kept dogs and while we can’t say why they chose to do this, the trend took off at the time the black rat became a major pest in Europe (which must have kept them busy.)

300 years ago – The trend of keeping pets really took off when European royalty was seen to highly value their small dogs, even having special pockets sewn into their clothing so they could carry their canine companions with them. This led to the selective breeding of dogs with certain physical characteristics and behavioral traits that were intended to be suited to specific jobs or functions. 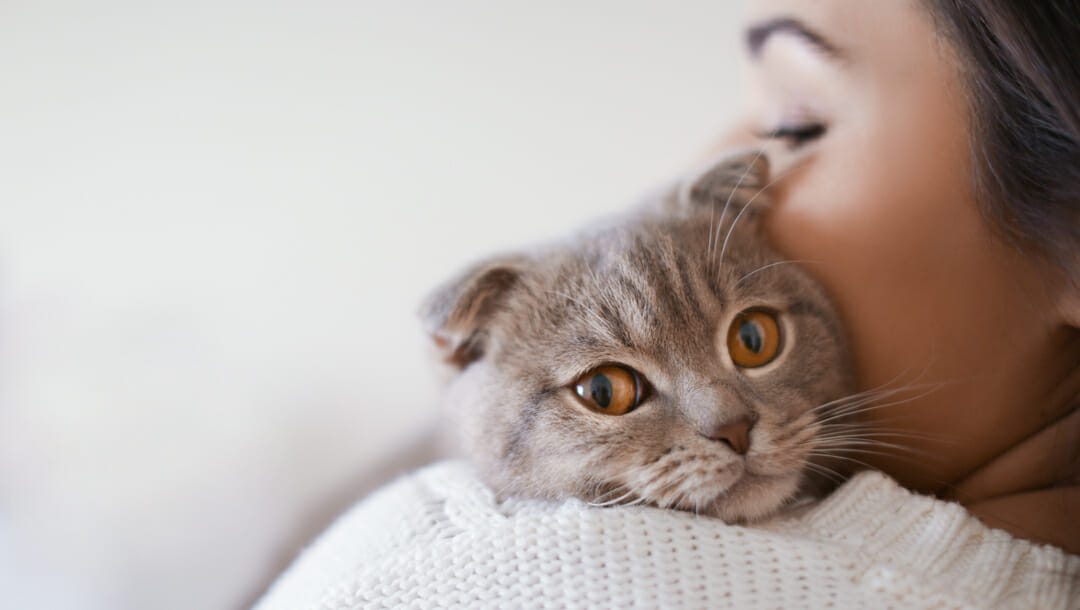 Humanity has only just started to change the way it perceives other species and our pets in particular. Just over 40 years ago, the renowned Australian philosopher and professor of bioethics at Princeton University, Peter Singer, published the ground-breaking book, Animal Liberation. Its basis was that animals can suffer – and that it’s morally wrong to inflict suffering on them. Singer suggested that we rethink, redefine and rebuild our relationships with other species. The book was described as a “philosophical bombshell” and changed the conversation about how we view and treat animals.

In recent years, other experts and academics have shone a light on animal behavior and helped us to deepen our relationship with our pets. Dr. Brian Hare, a professor of evolutionary anthropology, psychology and neuroscience at Duke University, founded the Duke Canine Cognition Center. He says that when he was in college, dogs weren’t seen as particularly interesting or remarkable and that nobody was really studying them. It was his fascination with his own pets that led him into his life’s work.

Dr. Hare’s views about the history of pets are that domestication has been less about humans controlling animal breeding and more about animals’ self-domestication. In other words, humans’ domination and selective breeding of dogs only started a few hundred years ago. But what got us to the point where we valued dogs so highly that we wanted to put all the time and effort into breeding all the different types of dogs that exist today? Dr. Hare suggests that canines themselves adapted their behavior to be more appealing and increasingly compatible with humans – they chose us more than we initially chose them.

This is supported by the scientific evidence that our special relationship with our dogs is largely because they’ve managed to “hijack” the human oxytocin bonding pathway (called the “love hormone”) that we usually keep for our babies. So now, when you look at your dog, pet or play with them, your levels of oxytocin rise; this makes you feel good and strengthens the bond you have with them. It works the same way for your dog – when they stare at you, as Dr. Hare puts it: “They are hugging you with their eyes.”

If you’re thinking about playing casino table games or slots at a brick-and-mortar establishment and don’t want to leave your pets behind, keep in mind that MGM Grand in Las Vegas has dog-friendly rooms that allow visitors to enjoy their stay with their animal companions. And the MGM resort has taken care of business by creating a designated outdoor dog park on the property, a delicious menu offering canine cuisine, and staff can rustle up a carefully selected dog walker or sitter if necessary. Of course, playing casino games online is also an option!

Pets are fun and so are slots! This National Pet Day, play casino games that combine both fun and pets to double your enjoyment. Start with our online casino selection and, before you start spinning the reels, be sure to read Things That Dogs Can Teach Us About Gambling to get the most out of your experience.

Fun games to play this National Pet Day (as well as all year round) include:

Play all your favorite games at our casino, from slots to engaging live dealer casino games including blackjack online casino games. It’s easy to join in the fun by registering with us online – you’ll be playing in no time.