How Casinos Have Evolved as Entertainment Centers 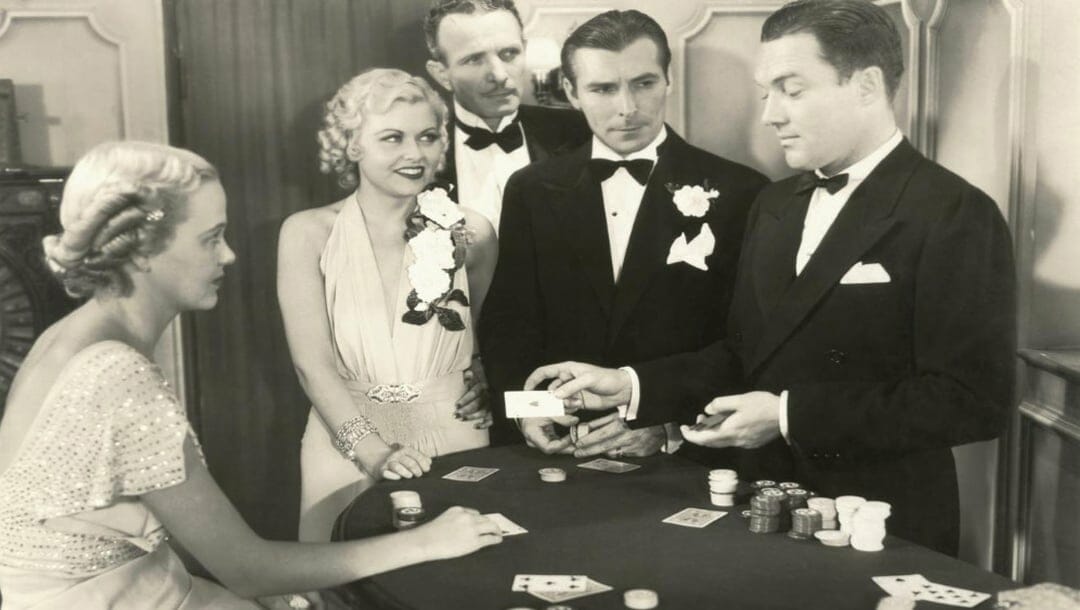 Countless industries have used technology as a vehicle for evolution. Today, everyday life is filled with examples ranging from Uber in transport to AirBnB in accommodation. Even casino entertainment has repeatedly taken on new life through technology. Half the fun of appreciating casino evolution is anticipating its future – and the other half is revisiting its history. Read on to learn more about the history of the incredible entertainment venues where you play casino games.

5 Things that drove the evolution of gambling and casino games 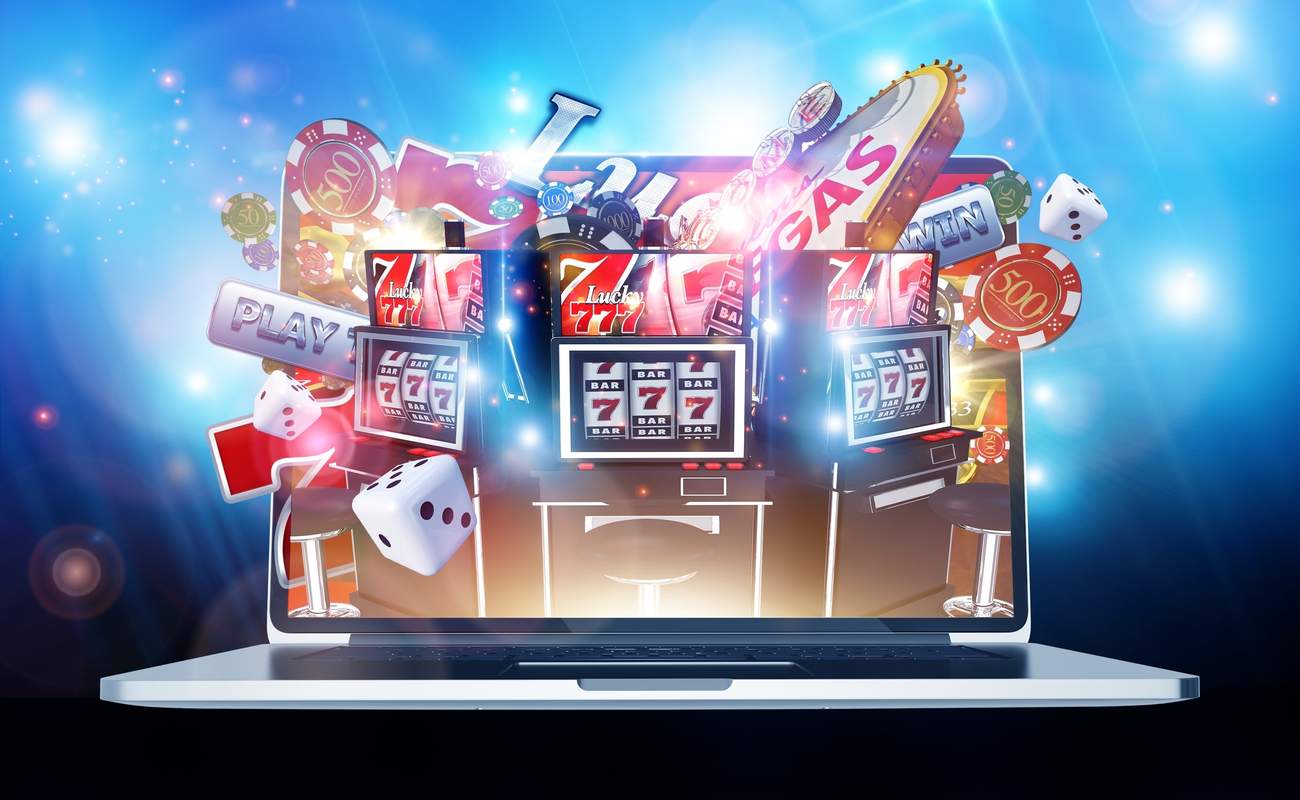 Contrary to popular misconception, experiences on offer at real and virtual casinos are more about entertainment than winning money. That’s why the following reasons have played such an important part in their evolution.

Both online casinos (like BetMGM) and their brick-and-mortar counterparts offer an incredible variety of games. In virtual casinos especially, online casino operators can take advantage of the limitless space to keep their patrons entertained with hundreds of games, from classic table games and card games to online slots. Developers have recognized the appreciation of variety and choice in casino games, which means that they’re constantly coming up with innovative iterations of the classics using clever designs, bonuses, rewards and themes to captivate their gambling audiences. As developers have challenged the boundaries of gaming, casinos with a client-oriented focus have evolved alongside them.

Very rarely is the need for instant gratification considered a good thing, and yet, it is partly responsible for encouraging the progression of innovation. Our now insatiable need to have access to everything right here, right now, all the time, has forced innovators to shorten the distance between gamblers and the casino experience. As a result, seldom will you find an industry or company that doesn’t have a secure digital presence in today’s world – casino operators included.

3. The desire for greater convenience

The tale of the times is that a trip to the casino is no longer a luxury occurrence; it’s a realistic choice for just about anyone and everyone. You can now enjoy the casino experience with less time (and, arguably, money) than ever before. Thanks to the advent of online casinos, you no longer need to spend extra on the perfect outfit, accommodation or gas for making the trip to and from a brick-and-mortar casino. Now, with just a few screen presses or finger clicks, you can travel from one casino to the next, make real money or play any variations of the best card games.

4. The advancement of technology

As technology advances, opportunities in many fields that weren’t identifiable or achievable become realistic possibilities. We can see the advent of technology in gambling as well – not only in the form of new game mechanics but also through entirely new gambling platforms.

For example, if we look at gameplay, slots technologies like Megaways that randomize reels only exist because of the switch to digital systems. Similarly, online casinos and online casino games did not exist before the invention of the internet. Things that many people take for granted today are only possible thanks to technological progress, and who knows what new developments lie ahead? Maybe in five or ten years, we’ll all be playing casino games in VR casinos.

Technology has provided offline and online casinos with myriad new ways to capture people’s attention. Brick-and-mortar casinos are lit to create the illusion that no time has passed. Online casino games display visuals and sounds that catch your eye and keep you engaged. Technology now plays a pivotal role in drawing your focus.

The birth of gambling 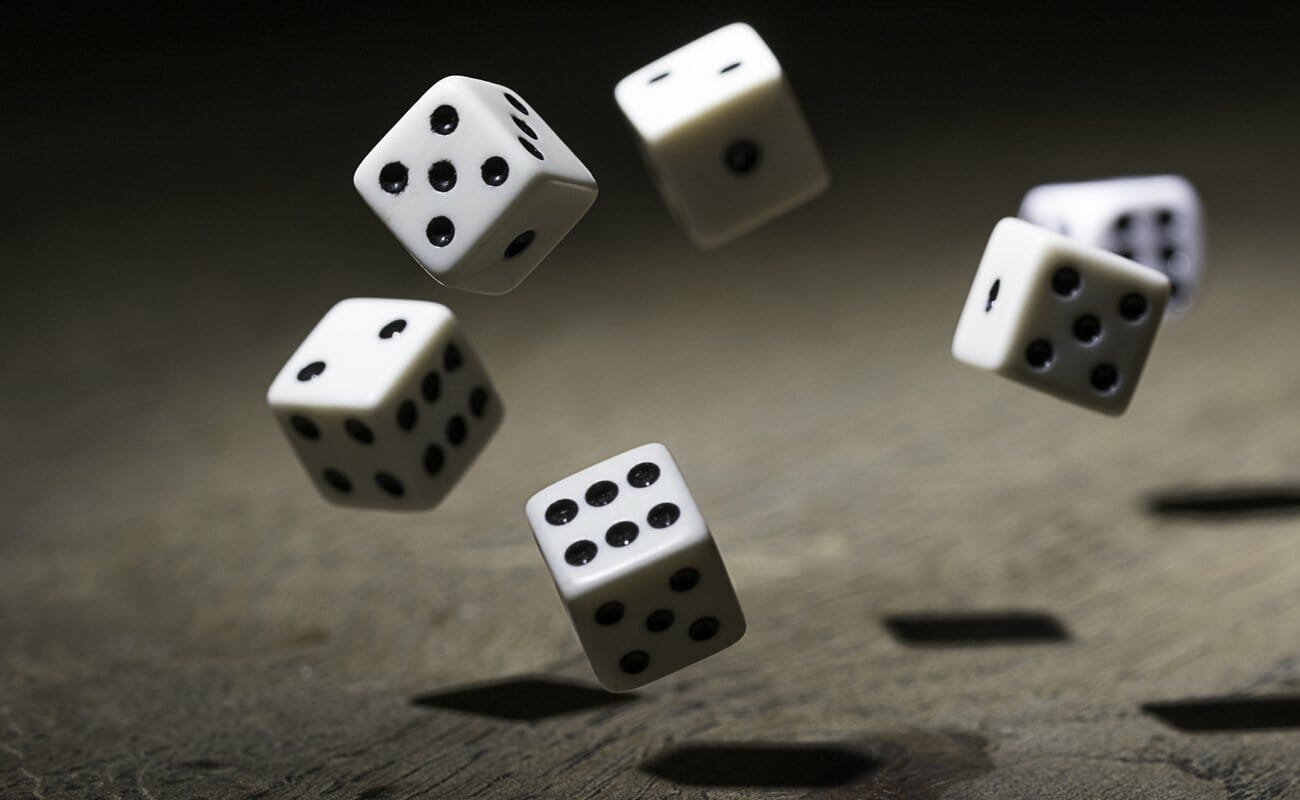 While we may take for granted the fact that we can find all our favorite games under one roof (or website,) many games originated in completely different formats in cities all around the world before evolving into the versions we recognize today.

Despite what we may have seen in episodes of the Flintstones, there’s no sign that our ancestors gambled with the dinosaurs. But we do know that the earliest evidence of gambling that has been unearthed traces back to dice games. The inventors of gambling dice games are believed to be the Mesopotamians, who may have been influenced by the knucklebones that fortune tellers used at the time.

Playing cards may have originated in China

Some sources believe that the first playing cards originated in China. Britannica.com shares how cards (or possibly dominoes, since the word describing both is the same in Chinese script) first appeared in China around the 10th century.

However, playing cards that are most similar to the cards that we use today were used in Europe around the 1370s. These cards are likely to have been imported from Egypt as luxury items because they were hand-painted. This meant card games were only accessible to people in the wealthier upper classes – unlike now, when anyone can buy a deck of cheap playing cards at a corner store. 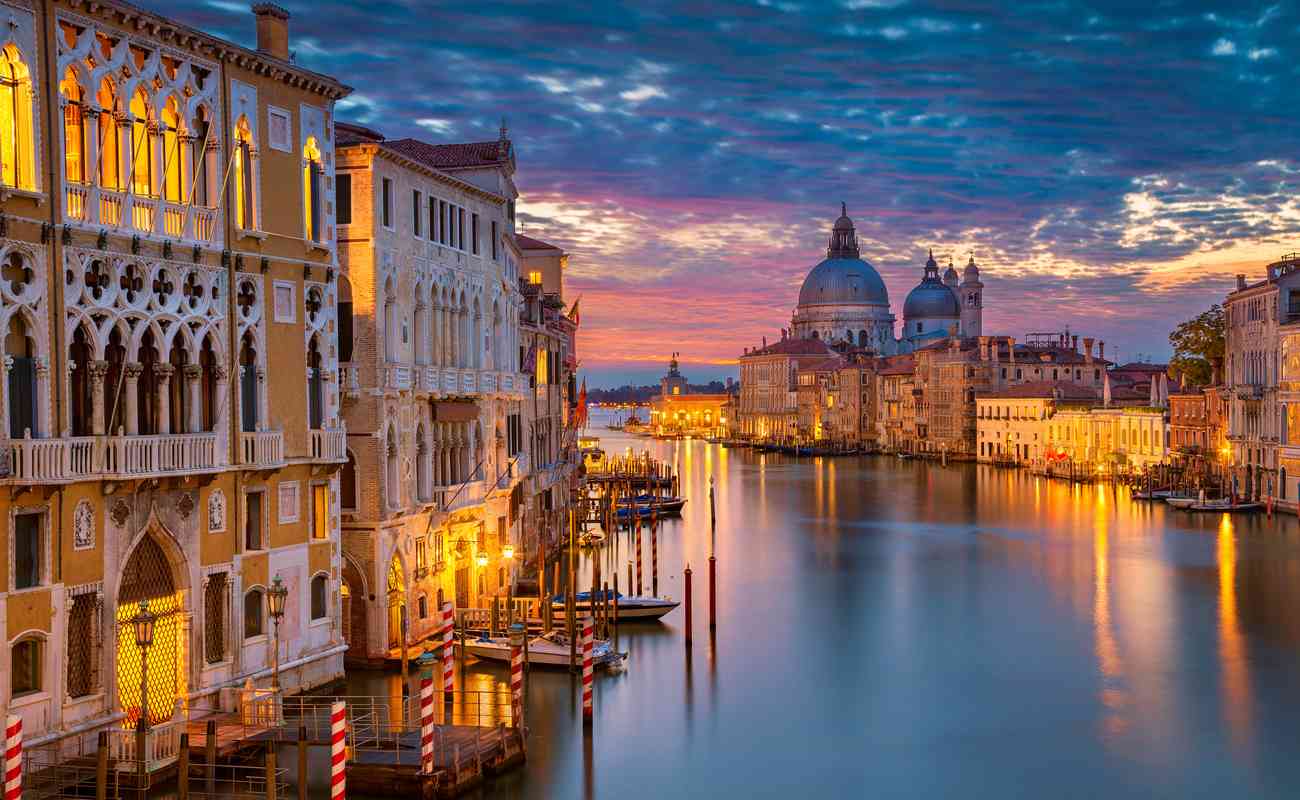 Romans had a notable appetite for gambling, despite the fact that Rome forbade gambling and fined anyone caught partaking in gambling activities (dice games included). However, Roman gamblers would not be held back from enjoying their favorite pastime, and so they invented gambling chips. These chips acted as a cover so that if they were caught, they could simply claim they were not playing for real money. While the reasons for using chips would come to differ in the 20th century, they would play an important role in establishing the casino entertainment culture of the future.

Roulette spun into action in France

The roulette we casually refer to as American roulette today is actually the original European version of the game, which appeared in France around the 18th century. It wasn’t until a half-century later that François and Louis Blanc, hoping to gain an edge over their competitors, invented the single-zero roulette game that we now know as the modern European version of roulette.
During the 19th century, the renowned Monte Carlo casino adopted this single-zero form of the game, which then spread across Europe and the globe. However, American gamblers stuck with the original double-zero wheel for roulette.

Sittman and Pitt are credited with the invention of the first coin-operated gambling machine in the late 19th century. Known as a poker machine, it wasn’t a far departure from the casino slots we are used to seeing today. The very first of these gambling machines used the symbols from playing cards on drum reels and allowed users to play something similar to poker.

At roughly the same time, Charles Fey’s Liberty Bell machine was invented in San Francisco. It paid out winnings and proved more practical than its counterpart, consequently ushering in the casino slots game revolution. 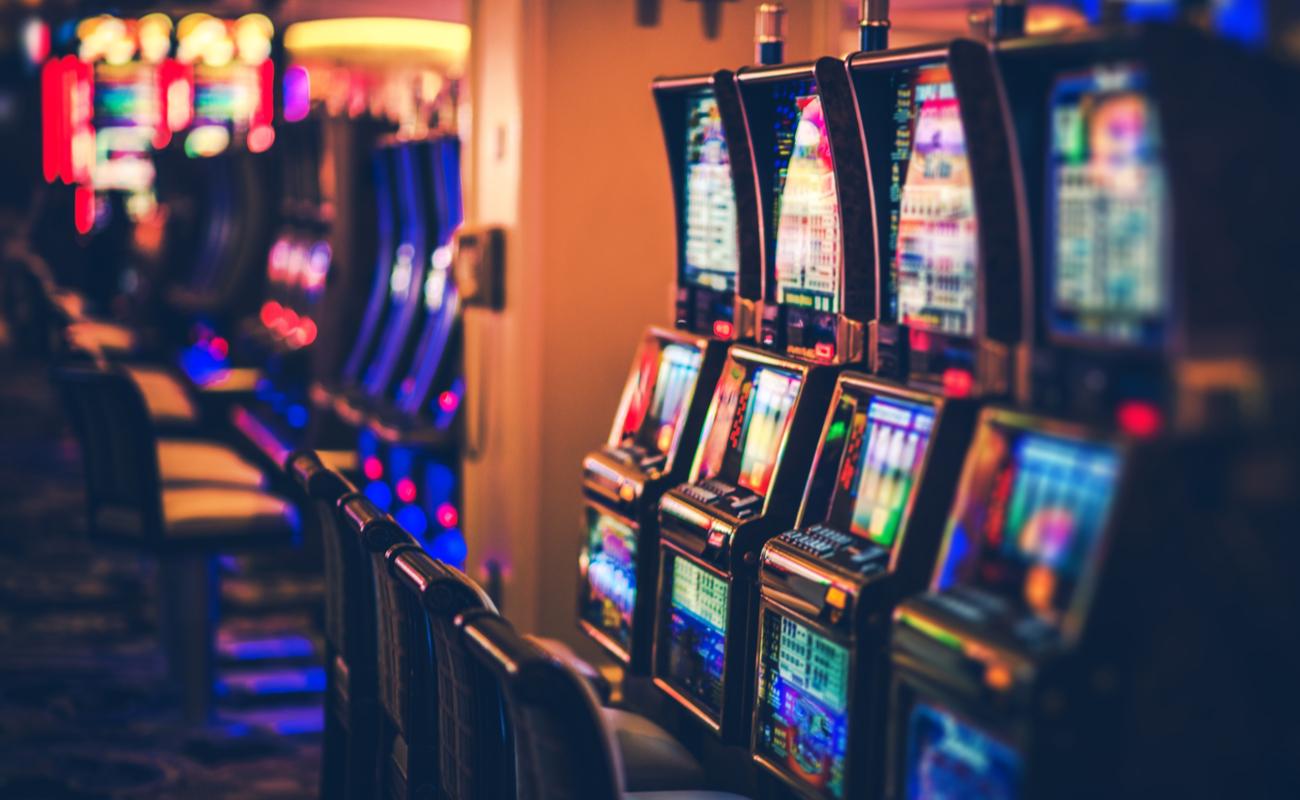 The evolution of gambling into modern casinos

These forces undoubtedly had a role to play in the development of casinos, but how did we get to the iconic casino that exists today? Let’s explore the history of gambling and casino games to find how these elements combined to develop the modern casino into an entertainment center.

The first formal gambling house that would have been the equivalent of today’s casinos can be traced back to early 17th-century Italy. In 1638, the Ridotto was established in Venice. The Ridotto was a controlled and organized gambling environment open during the annual carnival season. Due to its strict rules, such as the upper-class dress code and high stakes, it was only accessible to the wealthy nobles. It was also situated in a wing of the San Moisè Palace, thereby clearly setting the tone for future casinos in creating an extravagant atmosphere.

The first gambling house that could truly be defined as a casino in America was the El Rancho. It was opened in 1941 on Highway 91, which would later become the Las Vegas Strip. According to lasvegasnvmuseum.org, this casino and hotel was the first modern resort setup and included everything you would find at a contemporary casino. Yes, that means not just gambling, but entertainment like live dancing, a swimming pool, horseback riding and numerous places to eat.

Over the years, casinos have added more and more entertainment options to attract visitors. Today, once you check in to the casino hotel, you will have access to pools, shows, bars, shopping and a host of different attractions.

A stunning example of extravagant experiences are those offered by MGM casinos and resorts. From fine dining to golf, spas and entertainment, there is no shortage of things to do. Whether celebrity performances, tribute shows, comedy acts, or a night out are your thing, you can find many options at MGM’s great casino resorts.

These days, you’ll never be left wondering what to do at a casino besides gamble, as modern casino resorts offer a smorgasbord of entertainment. No matter what your style is, you can always expect the casino of your choosing to have a calendar full of experiences, alongside a variety of table games, casino slot machines and card games.

Considering the rate of technological evolution, we can only dream of what lies on the horizon for the casino industry. From what we can tell, though, the modern casino experience seems to be edging towards virtual reality.

The notion of virtual reality is not a new one; references to virtual reality have been cropping up in popular culture as early as the 1990s. However, its presence in gaming is currently still underdeveloped. In the not-so-distant future, we may be able to have poker nights at the same virtual table as friends located around the world.

What’s more, it won’t be of the current online casino variety; with virtual avatars, we’ll be able to pick up on tells and read facial expressions as if we are all in the same physical space. VR casinos would be a giant leap forward toward full immersion and interaction. We’re willing to bet that the future of gambling and modern casinos will undoubtedly continue in this direction.

Until the technology for this arrives, we have live dealer casino games to help bridge the gap between brick-and-mortar and completely virtual casino spaces.

Get a front-row seat when gambling online 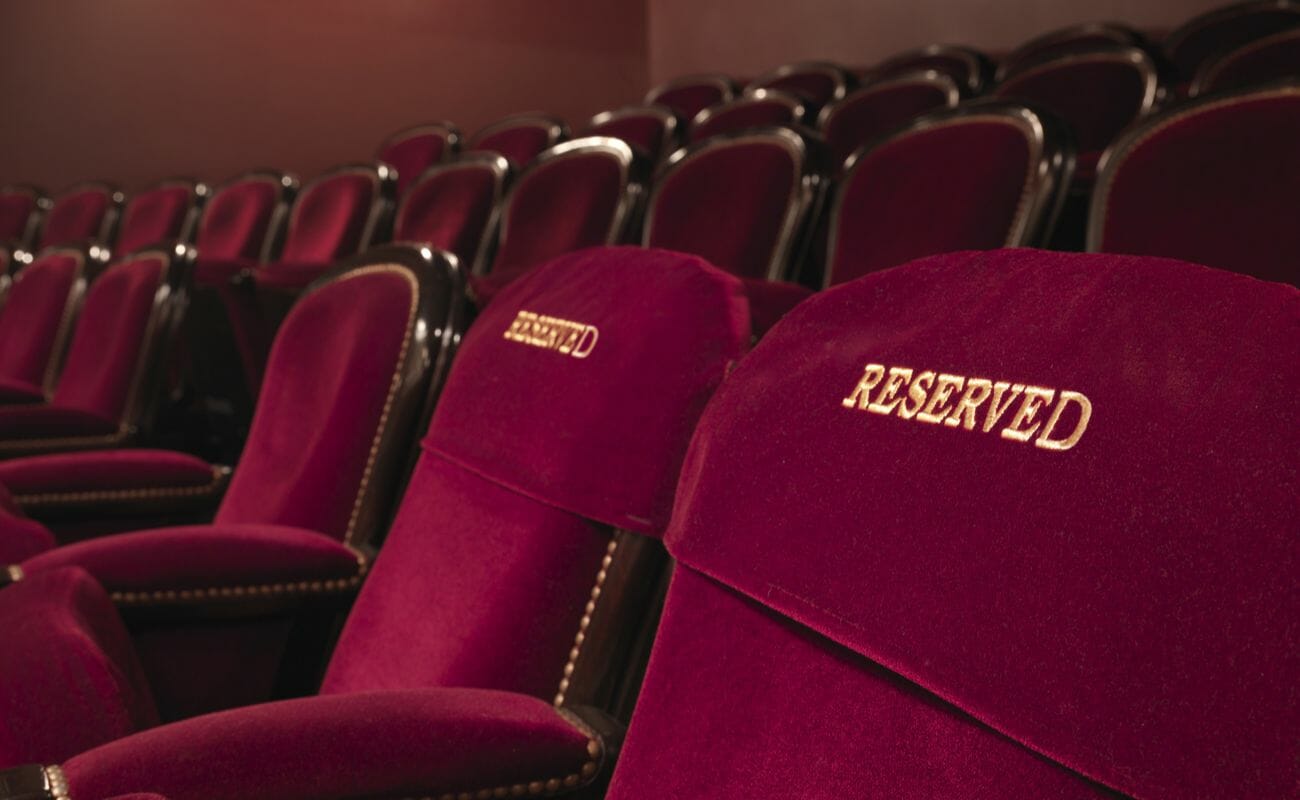 The entertainment value of casinos, whether online, brick-and-mortar or virtual, will continue to soar. As a player, you will want access to a casino that consistently gives players the best experience possible as technology continues to inspire the evolution of casino entertainment. BetMGM is your leading destination for a real money online casino in the USA.

We cater to all casino thrill-seekers, aficionados and hobbyists. You’ll be spoiled for choice and have access to a host of the most exciting casino table games and casino slot games. We’ll make sure you don’t miss out on today’s most coveted casino experiences, especially when it comes to poker online and live dealer online games. We also offer the necessary resources so that you can learn how to play poker and other casino games online.

Register at BetMGM to find the best games to play at a casino online.