The Most Famous Baccarat Players in History 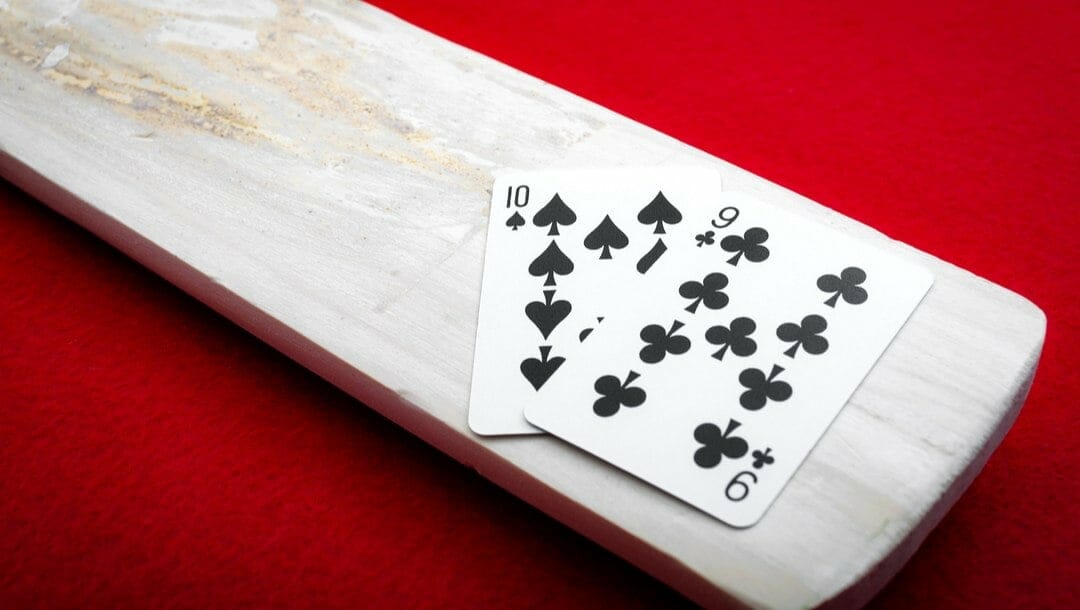 Is baccarat your favorite online casino game? We don’t blame you! What’s not to love, after all? Along with hours of enthralling entertainment, people typically associate this casino table game with wealth, glamor and sophistication. This has less to do with the game itself (it’s really easy to learn) than some of the people who are renowned for playing it. Probably the most famous of these is a person who never even existed: James Bond, also known as Agent 007, who can be seen playing baccarat in films such as Dr. No, Thunderball, On Her Majesty’s Secret Service and GoldenEye.

But the true legends of baccarat are living, breathing individuals who stake vast sums of money on a few hands of cards. That’s because they can afford it, of course. Although not many people can even dream of emulating such larger-than-life gamblers, their near-mythological status adds to the enjoyment of mere mortals playing online casino games and who always have to keep in mind that responsible gambling means never betting more than you can afford to lose. With that in mind, let’s take a look at the basics of baccarat and the game’s most famous (or is it infamous?) players of all time!

Baccarat: Its rules, history and popularity

It’s believed that baccarat has its origins in Italy, dating back to the 1400s and that it was originally called “baccara” or “zero.” Thanks to the ease of accessibility made possible by playing online, baccarat has become a card game that is now enjoyed by millions of people worldwide, even though its popularity may vary according to region. For example, did you know that close to 90% of all casino action in Macau can be attributed to baccarat alone?

You may be wondering why the game is so incredibly popular in many, many regions of the world. Well, most gamblers will probably agree that it’s a popular go-to simply because it’s so easy to learn and play, making it a great choice for gamblers of all levels. In addition, it also promises an extremely low house edge, giving players higher winning possibilities.

Intrigued? We’re sure you’re keen to give baccarat a try! Here’s how to play:

Now, finally, without further ado, these are the most famous baccarat players in history to look to for motivation before joining a baccarat table online or at a brick-and-mortar casino.

A strong contender for the greatest baccarat legend of all time is Akio “The Warrior” Kashiwagi. The Tokyo-born real-estate tycoon reportedly earned annual profits in the region of $100 million and owned more than $1 billion in assets, which means he literally had a fortune to spend on casino table games, among other things. Kashiwagi played for the highest stakes possible in Las Vegas and Atlantic City, New Jersey. He thought nothing of staking $100,000 on a single hand and would sometimes even bet $200,000 when the house permitted it. He once played baccarat for 80 hours straight. Naturally, the Japanese legend went through monumental swings, sometimes winning millions in a single night, other times losing all his profits – and more.

Kashiwagi’s final baccarat game took place in Atlantic City in December 1991. His initial budget was $12 million and he vowed: “I’ll play until I lose all of that money or double it.” Kashiwagi’s fortunes yo-yoed up and down – there was one moment when he was up $10 million – until the house stopped the game when he happened to be down $10 million. Naturally, he was furious at being denied the opportunity to make good on his promise. A month later, the baccarat warrior was found dead in his Mount Fuji home, stabbed 150 times with a samurai sword. The murder remains unsolved.

Master of many games: Phil Ivey 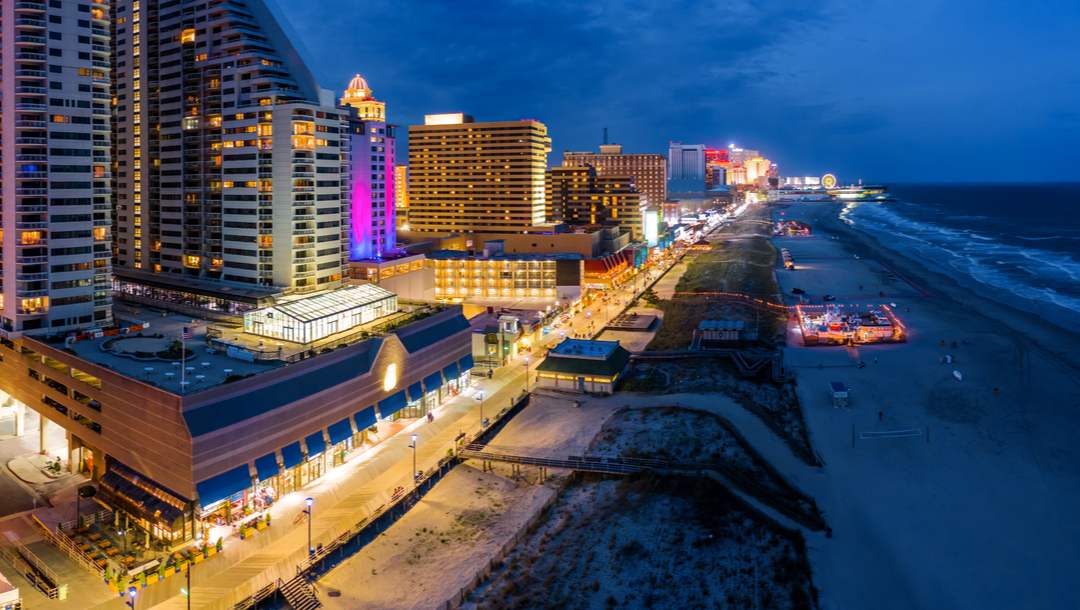 Phil Ivey is a household name among poker fans. He’s earned 10 World Series of Poker gold bracelets and more than $38.2 million in live poker tournaments. But the “Tiger Woods of poker” is also a master of many other types of casino games – including baccarat.

His legendary and unethical run in 2012 was enough to win him a permanent place in the baccarat hall of fame. That year, he and his assistant “Kelly” Sun made a fortune playing baccarat casino games in London and Atlantic City. Sun, in particular, is an expert at “edge sorting,” an advanced gambling technique based on detecting decks with non-symmetrical patterns on their backs as a result of manufacturing errors. Players who know the flaws of a particular deck can exploit them. And this is something casinos don’t allow.

Ivey and Sun’s method consisted of paying a $1 million deposit for a private baccarat table and three special requests, all devised to make things easier for them. The first of these was that the dealer should only speak Mandarin, which allowed Sun to ask for favors without casino management cottoning on. The second request was for the dealer to rotate the cards 180 degrees, the better for Sun to spot flaws on the long backs of the cards, while their third request was to play only with a purple Gemaco deck, which has specific imperfections that Sun had memorized. Combined, their technique served Ivey and Sun so well that they eventually made $20.6 million.

Unfortunately for them, they were eventually taken to court by a number of casino owners who had discovered their technique. Ivey and Sun put up a good fight but lost the case. In the end, they didn’t get to keep any of their winnings but they did go down in history as serious chancers!

Kerry Packer was Australia’s richest man at the time of his death in 2005, with a net worth of $6.5 billion. The media mogul’s vast wealth enabled him to play casino games for stratospherically high stakes and his game of choice was, yes, you guessed it, baccarat.

In 1995, he had an epic run at a top Las Vegas casino, playing for as much as $500,000 per hand and winning $26 million in just a few hours. Following this spectacular win, the casino banned him for life! But the Australian was capable of losing big as well. After all, he could afford it. In 2000 Packer lost more than $18.6 million during a three-day baccarat session in Vegas! It was the biggest short-term loss in the city’s history at the time. Not to be deterred he went on to also lose a record-breaking £11 million at a top London casino (the same one Ivey played at.)

Packer had a photographic memory and was able to instantly work out baccarat odds, which stood him in good stead at high-stakes tables. But there’s more to this legend than his uncanny memory. Packer had the kind of gambling temperament that only an extremely large fortune can support. Once he was in a casino where a Texas oilman bragged that he was worth $100 million. This annoyed Packer, who said, “I’ll toss you for it.” The oilman didn’t want to risk his fortune on a single coin flip, so he backed down. Another side to Packer was his generosity. On one occasion he loaned actor George Hamilton £125,000 so that he could split two aces. When Hamilton won, he offered to pay back the media mogul with interest,  but Packer only asked for the original amount. 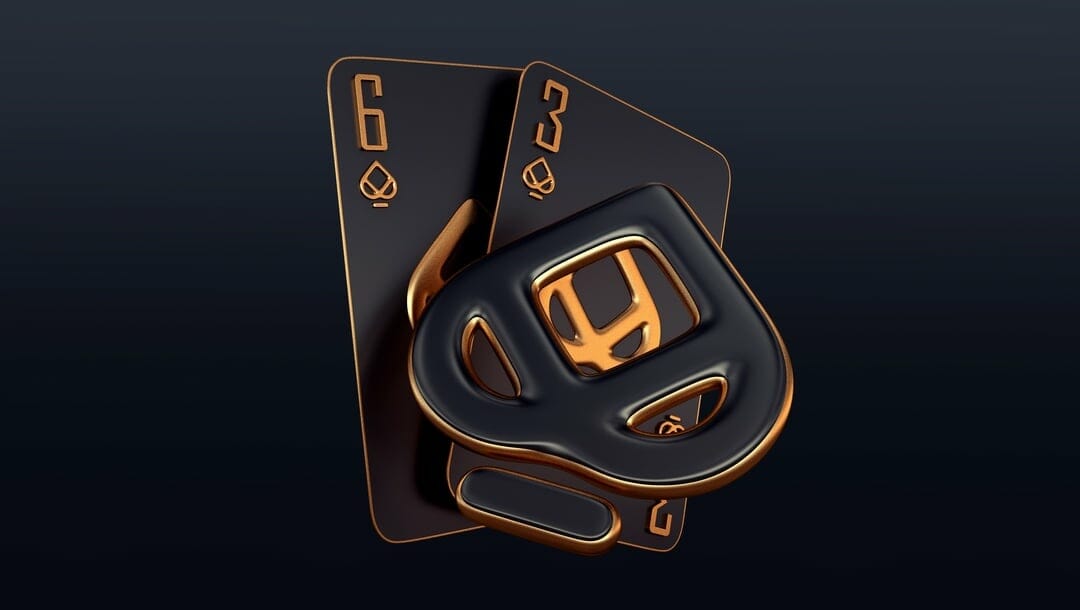 Chicago millionaire John Warne Gates (1855-1911) earned a fortune from selling barbed wire and ended his life as a very rich man despite starting out selling firewood to homes and local railroads. Some railroad workers whom he befriended taught him casino card game rules, and Gates never looked back. Gambling became his lifelong hobby and once he’d had made his fortune, Gates hosted many high-stakes baccarat games at his home in Chicago and on long train journeys between the Windy City and New York.

On one such occasion, Gates was doing duty as the baccarat banker and decided to bet $1 million in just one round! That was worth $27 million in today’s money and his opponent had to wager the same amount in order to play. They were playing with the “cheval” rule, where the banker deals three hands. The first hand was for Gates, while the player got to choose if they wanted to play one or both of the remaining two hands. In the end, Gates and his opponent won a hand each and tied on the third, so no money changed hands. The sheer audacity of his bet earned Gates the nickname, “Mr. Bet-A-Million.”

Bank on the best baccarat casino games at BetMGM

Are you ready to discover the sophisticated world of baccarat for yourself? Then simply register with us at BetMGM.

You don’t need to book a trip to a casino when you can play live dealer casino games such as baccarat, blackjack and roulette in the safety and comfort of your own home, or any other place that suits you.

Taking a break from baccarat and looking for the best slots to play at a casino online? If you do choose to sign up with us, you’ll automatically gain access to our complete range of the internet’s best casino games, including a wealth of feature-rich real online slots, casino table games and much more.

And if you are wondering just how to play casino games like a pro, be sure to browse our blog.