The Countries with the Biggest Esports Markets 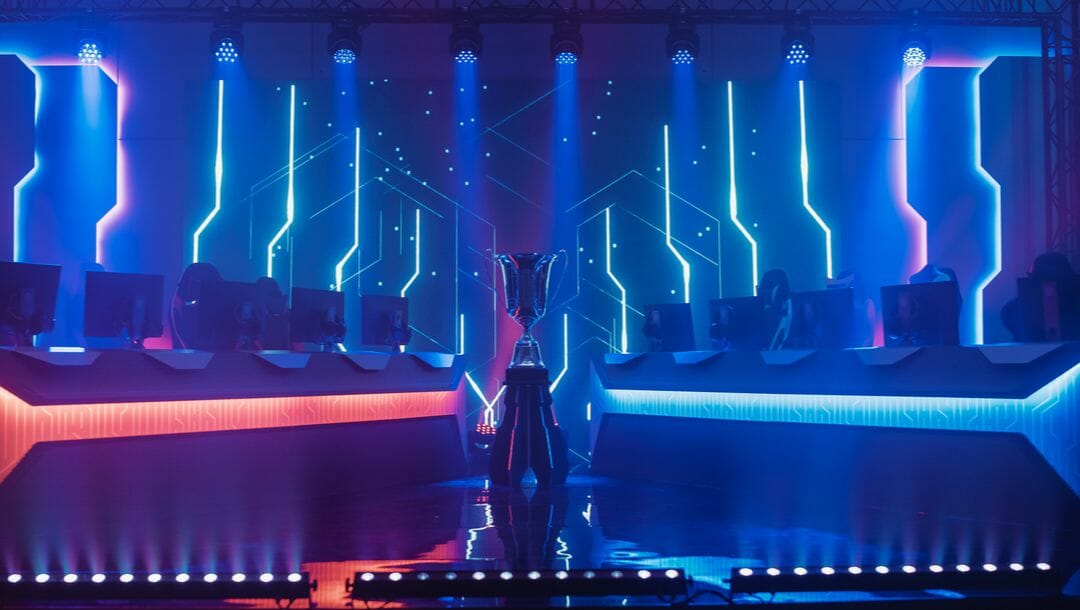 Video games were once seen as nothing more than a hobby for geeks who spent too much time online. Then came the esports phenomenon. In the past two decades, the esports industry has grown from a niche interest to a billion-dollar global business. In 2021, the global esports market was valued at just over $1.08 billion, almost 50% more than the previous year. Esports tournaments are worth millions in prizes, while esports companies and teams attract millions in sponsorships.

Online sports betting is another growth point. In the same way that online casino games complement their land-based counterparts, esports betting is growing exponentially alongside more traditional sports betting markets such as football, basketball and boxing. To help you get a handle on the esports industry phenomenon, we’ve taken a look at the countries with the biggest esports markets. Read on.

What are esports games?

Esports is organized competitive video gaming. It’s the same as traditional sports, but instead of competing against each other on track or field, players and teams compete against each other online. Players take the competition as seriously as any other athlete because there’s a lot of prize money at stake. It’s a spectator sport, too. Hundreds of millions of esports fans watch their favorite teams and players on streaming platforms such as Twitch, and names like Lee “Faker” Sang-Hyeok, Luka “Perkz” Perković and Kim “Doinb” Tae-sang have achieved global recognition. Esports games range from team-oriented multiplayer online battle arenas (MOBAs) to solo first-person shooters and survival battle royales.

The top five esports games in 2021 based on prize pool size are:

The following are also among the most active video game sports betting markets, but there are many more.

China has outstripped the USA to become the world’s leading esports market, with a value of $360.1 million and more than 665 million players (double the population of the USA.) An important reason for this surge is the importance that the Chinese government places on esports development. China’s General Administration of Sport has recognized esports as an official sport since 2003. It’s also seen as a powerful development tool for China’s economy, with multiple links to the sports and technology sectors.

To understand how important esports is to China culturally, consider that esports was listed as an official event at the 2022 Asian Games in Hangzhou, while China has pushed strongly for esports to be included as a discipline at the Olympic Games. The 7,000-seater Zhongxian Stadium in Chongqing is the world’s first stadium entirely dedicated to esports, while esports schools are popping up all over the country. Big business is completely on board, with Tencent signing an agreement with Universal Beijing Resort this year. The mega theme park and entertainment resort complex, based in Beijing, officially added Tencent’s games such as Honor of Kings, Peacekeeper Elite, QQ Speed and card game Doudizhu to its entertainment offering. 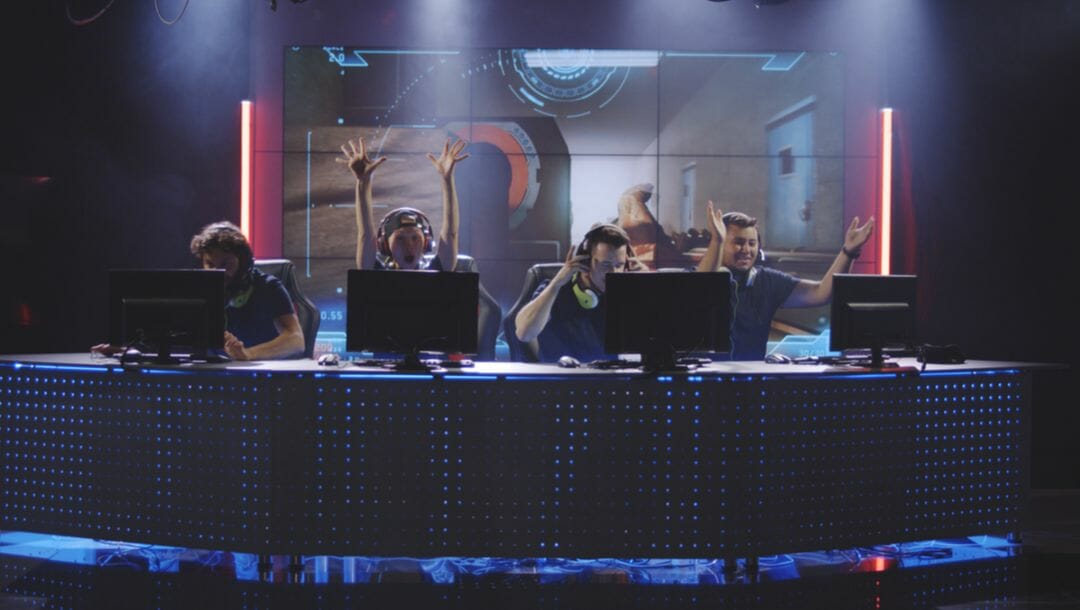 The USA hosted the world’s first esports tournament, for the game Spacewar at Stanford University all the way back in 1972. Today, the USA is the world’s second-largest esports market measured in terms of both audience and revenue, which is forecast to reach $300 million in 2021. As many as 222 million Americans, or 70% of the population, identify as gamers. The USA is critically important to global esports because it houses the major part of esports infrastructure worldwide. The country also has more esports leagues than any other, with viewership increasing year by year, and the 100,000sq ft Texas Esports Stadium Arlington is currently the largest esports arena in the world.

Despite these impressive achievements, the USA lags behind the rest of the world in terms of competitive gaming performance. There’s a lack of American esports champions to capture viewers’ imagination and market the industry. The world’s most watched esports event, for instance, is the League of Legends World Championship. It’s been going on for 10 years, and Americans haven’t won a single grand final in all that time. One reason given for this lackluster performance is that the government doesn’t take the sport as seriously as some governments in Asia.

South Korea’s share of global esports revenue weighs in at 6%, which works out at about $65 million. It’s the country where competitive esports first exploded with the 1998 launch of StarCraft and StarCraft: Brood War. These fast-paced, real-time strategy games proved to be massive hits, giving rise to a culture of pro-gamers, sponsors and a huge viewership of fans who pack stadiums to watch their idols duke it out. Today, esports is a national pastime with around 10 million regular viewers, with a lively Korean esports betting scene. Organized sporting leagues handle every aspect of international competitions, from financing, branding and partnerships, to sponsorships and distributing content to streaming media platforms. 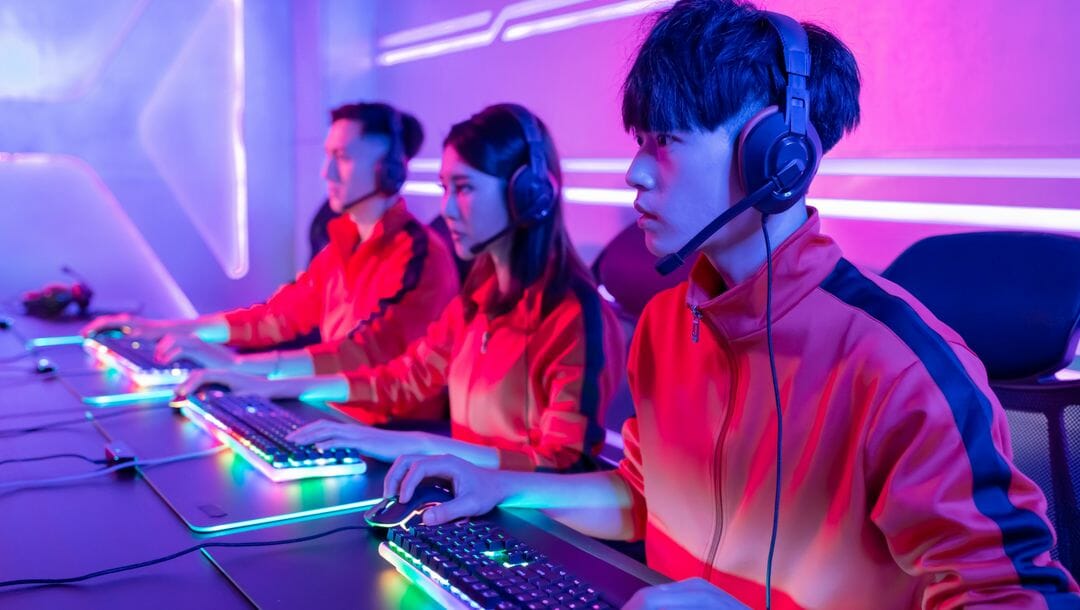 Government support has played a vital role in South Korea’s esports evolution. As early as 2000, South Korea’s Ministry of Culture, Sports and Tourism established the Korea e-Sports Association (KeSPA) to make esports an official sporting event and give the esports industry an economic boost. The ministry also sponsored the first World Cyber Games in partnership with Samsung and Microsoft. The South Korean government continues to support the industry and has announced plans to build a massive esports stadium in Pangyo, just south of Seoul, by 2022.

Japan has been a video game development leader for so long it seems surprising that the country’s esports industry is in fourth place, with a market value of approximately $60 million. One reason is that competitive gaming as a sports event hasn’t taken off in Japan yet. That’s because Japanese video gamers mainly play single-player console games or mobile casino games such as online poker. The Japanese government is taking steps to change that, and its Ministry of Economy, Trade and Industry is working with companies to organize large esports tournaments. The ministry hopes to generate at least $2.7 billion by 2025 from ticket sales, online viewing fees and advertising. Boosting 5G and allowing more game developers into the market is part of the strategy.

Meanwhile, major gaming and entertainment companies Bandai Namco and Konami are building esports facilities such as an esports arcade and the Konami Creative Center. This 12-story esports complex in Tokyo is intended to serve as an esports arena and training ground. Hi-tech sound, video equipment and lighting will provide world-class events on a par with the biggest in the world.

Launch into sports betting at BetMGM

It’s only a matter of time before esports is a recognized online sports betting market. In the meantime you can explore a great range of sports betting options if you sign up with us here at BetMGM. Membership also entitles you to browse our broad range of online casino games, so you’ll be spoilt for choice!