8 Weirdest Casino Games Around the World 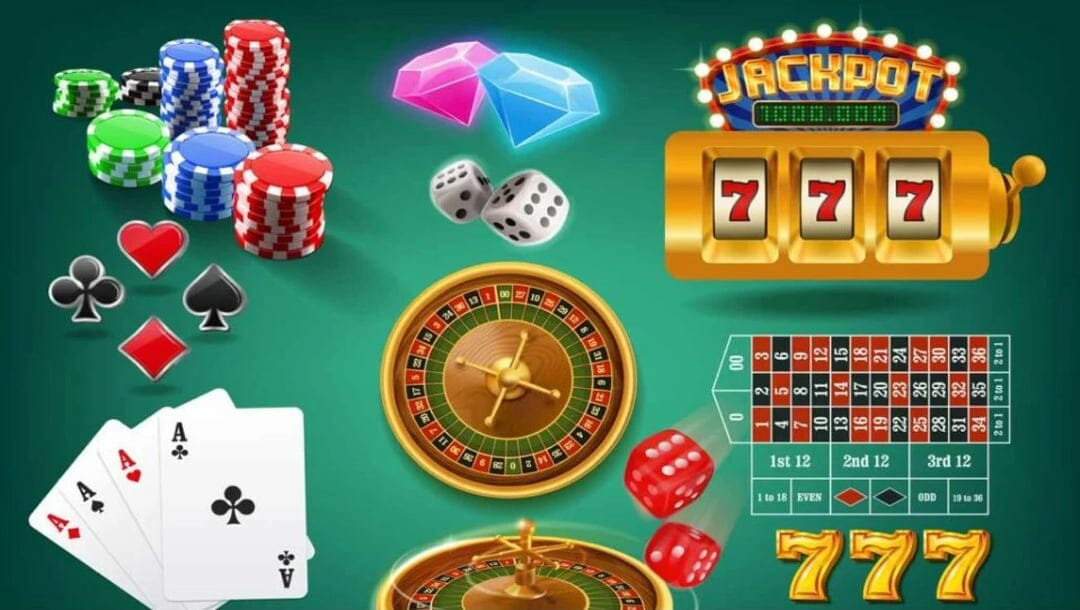 The best online casinos are always looking for new and exciting ways to entertain their patrons. At times, they have even invented online casino games that are a little out of the ordinary, to say the least. These can be an amusing alternative if you’d like to switch things up or are just looking for a laugh.

Have you ever imagined playing tic-tac-toe against a chicken? Probably not. But if you were to visit Atlantic City on the Jersey Shore, that would be an option! Read on as we explore eight of the weirdest casino games around the world. Dreidel is particularly synonymous with the Jewish community during Hanukkah. It’s a traditional gambling game (that can be likened to a casino dice game) with a four-sided spinning top – the dreidel – where players, usually families and friends, will wager on the outcome using a variety of coins, raisins, matchsticks and other forms of wagers. However, at a casino, this game is played with real cash.

Learning how to play dreidel is pretty simple. To begin, you will place your wagers into a betting pot in the center of a table. Players take turns to spin the dreidel once and, depending on which side it lands, win all or some of the pieces from the pot. Each side of the dreidel has a Hebrew letter bearing the following meanings:

The game ends when the pot’s been won, then the next betting round will begin.

In recent years, dreidel has become a competitive sport. Major League Dreidel tournaments are hosted in New York each year and the longest-lasting continuous spin scores the title of Champion!

Rodent roulette has been around for a number of years but remains a really strange game nonetheless. Also known as rat race roulette or mouse roulette, the game is played using a rat, mouse or gerbil placed on an adapted roulette wheel with a number of holes to hide in. If you wagered on the specific hole or pocket the animal chooses, you get an instant payout.

Over the past few decades, this casino game has sparked a lot of controversy with regard to animal cruelty and exploitation. Some activists thought the game took things too far and staged protests at casinos and places where it was hosted. One thing’s for sure, this takes the classic casino table game, particularly the “live” version, to a whole new level!

In 1946, Logan Champ and Vivian Gorman were arrested for running rodent roulette in southern California. They had, in their defense, been paying out coffee, canned goods and ham as prizes. After pleading guilty, they were fined $100 (the equivalent of around $1,200 today.) In the same year and in the same region, another fellow, Harry Woodling, was also busted for hosting the gambling game. Unlike the others, however, it was found that his games had been rigged! He’d put cheese inside the low-paying holes before games, which the rats would obviously seek out. What a rat!

War is one of the easiest and most popular casino games to play. You may already be familiar with this card game from your childhood, as many people played it with their siblings and friends back in the day because it’s so easy to understand.

Today, casino war can be found at almost every brick-and-mortar casino, as well as online, for those who wish to spark their nostalgia. The objective of casino war is to be dealt a higher card than the dealer. The game is played with a standard 52-card deck and allows for up to eight players. It features an optional tie bet, which determines who wins when the player and the dealer have a card of the same rank. This game carries a different house edge when compared to typical games. This is because it pays back half your wager if you decide to surrender, given that you expose a similar card. Alternatively, you can “go to war” and see how it goes from there. But to do this, you must double your wager.

There are multiple variations of casino war that are played using slightly different rules (and some exceptions) to make it more fun and challenging.

The German variant of this game, Tod und Leben, translates to “life and death” and features only 32 cards.

The popular casino game of noughts and crosses is played against an unusual opponent here – a chicken named Ginger. If you visit Atlantic City, you get to play tic-tac-toe with a real chicken in a casino and, if successful, you could walk away as the reigning champion with a hefty cash prize of $10,000. The money does not come easy, though, because this clever fowl does not cluck about. In fact, she has so far defeated everyone in her path, having been on show in a couple of US casinos. The game is also popularly known as the “chicken challenge.”

Do you think you have what it takes to beat this chicken? Then put Atlantic City on your list when you plan your trip to the world’s top casino cities!

Atlantic City isn’t the only place you may stumble into a tic-tac-toe-playing chicken. There also happened to be a rather infamous chicken in a Chinatown store in New York for many years. As it turned out, the chicken was trained to peck at a spot of light, which the store owner would shine on the board while hiding in the background. Either way, we’ll let the chicken take the win.

Birdsong is a game that has Belgians going crazy. The objective of the game is wagering on which bird is going to sing the loudest. At times, punters can even bet on which one will last the longest. The birds are placed in different cages and take turns singing for the excited gamblers. Players are given an opportunity to study the birds before putting their money on them to decide which one’s worth the buck. Thereafter, you’ll need to patiently wait to see if you have won. Remember, they say it’s not over until the fat bird has sung (or something like that.)

This type of game is not only rewarding but overly fascinating to watch. However, just like rodent roulette, the game has received opposition from animal welfare activists. More so, you’re very unlikely to find the game at most land-based casinos outside Belgium or, of course, online.

Birdsong isn’t the only thing Belgium is famous for – there’s Belgian chocolate, too, plus waffles and beer – with Trappist monks brewing top-quality ales since the Middle Ages. There’s also the rather unique but strangely scrumptious “moules et frites” (or mussels and fries) and, of course, the Manneken Pis – a fountain sculpture of a young man, uh, taking a leak in public.

It comes as no surprise that Asia is home to some strange casino games. Sic bo is a perfect example and is now widely popular and accessible almost everywhere around the world. Fan-tan is one of the traditional Chinese casino games. It’s played on a flat surface with a cup and handfuls of objects, including plastic beads. Back in the day, in notorious gambling dens, Chinese people used to play with beads made from either bone or ivory. The game was very popular in the 19th century around the globe and was played using simple objects such as coins and beans.

Fan-tan follows very simple gameplay, although having many beads spilled on the table may be overwhelming for novice players. The objective is to choose the correct number from one to four to represent how many beads are remaining after removing groups of four at a time. To begin, the dealer (called Tan Kun) will make an announcement and players will place wagers by betting on any of the four numbers on the table or a combination. Tan Kun will then grab a large cup, called a tan, to cover 60 of the 200 beads before the remaining ones are removed. Thereafter, the cup will be removed. Tan Kun will then separate the beads into a group of four using a bamboo stick. A few beads will be remaining and one of the four groups will be the winning number.

This game dates back around 2,000 years!

Pachinko combines slots with a vertical pinball machine and looks like it comes straight out of a video game or anime series. Around the pins and blockers, the machine has small balls that are aimed at landing on designated holes to trigger a payout rewarding more steel balls. It’s difficult to have more balls land in the holes as they disappear if they drop down. Before gambling was legal, the balls were bought at the parlors and would be exchanged for goods at the gift shop or for other rewards.

According to a 2018 article by Business Insider, approximately 17.1 million pachinko players in Japan wager a massive $200 billion on the game every year.

Pachinko is a multibillion-dollar industry that pulls in more than the annual gambling revenue of Las Vegas, and there are currently around 10,600 pachinko parlors across Japan!

Both land-based and online slot machines allow players the chance to escape into a world of their choice. From ancient lands to scrumptious food-filled reels, everybody’s favorite movies and game shows, and “Aww!”-inducing animal-themed games, slots combine entertaining and inspiring themes with easy gameplay and the chance at a life-changing win.

This is exactly what developers Novomatic did when they created the David Hasselhoff-inspired slot, Hoffmania – we imagine. While fans of Baywatch are sure to have a good giggle spinning the reels of this unique slot game, we have to wonder how and, more importantly, why this slot was created. Whatever the answer, Hoffmania is just one of many strange-themed slot games. From cows in space to talking monkeys, certain slot titles have earned their place among the weirdest casino games in the world.

It seems movies and slots aren’t the only places David Hasselhoff has been sharing his dazzling smile. “The Hoff,” as he is affectionately known, seems to be a man of many talents. Not only is Hasselhoff a Guinness World Record holder for being the most-watched man on TV, he’s also a passionate musician, having released 15 studio albums, with songs including Flying on the Wings of Tenderness, Dammit I love You and Rhinestone Cowboy. Unfortunately, Hoffmania doesn’t include any of these tracks.

Discover the best casino games to play at BetMGM

Interested in more casino games that have traveled around the world? BetMGM is home to the most popular classic table games and online casino slots. Our top online casino gaming suppliers work tirelessly to provide entertaining new casino games to our players so that you never run out of fun. You can easily access our titles straight from your browser or download our casino games app. If you’re looking for fun of the more social kind, why not join our live dealer online casino tables to play against real dealers and players?

Register with BetMGM to play the best casino games online!