What Is Edge Sorting And Should You Use It? 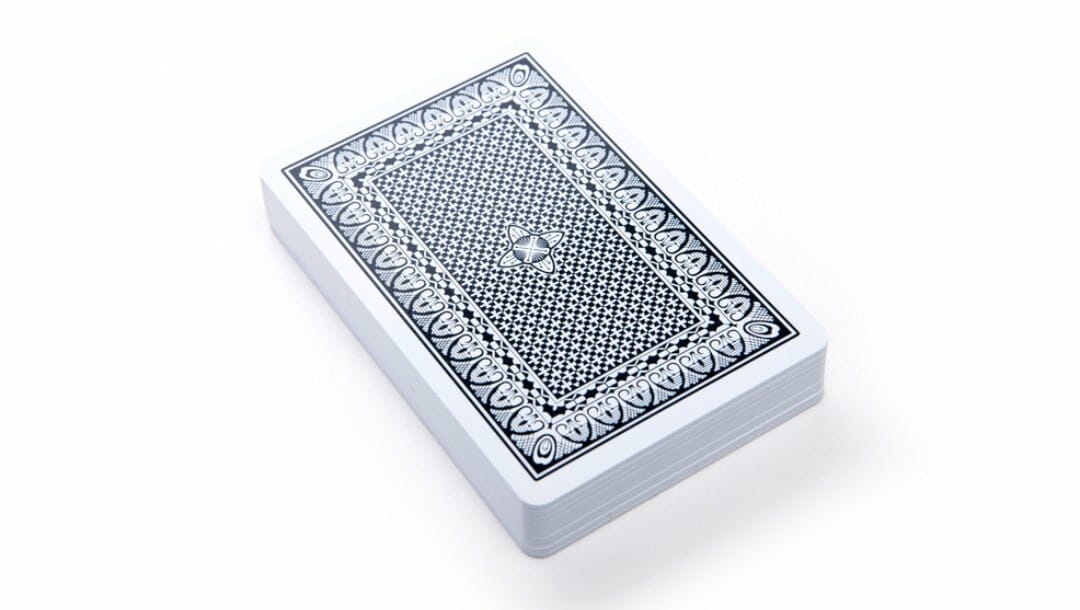 There are many different ways to get an edge on the casino. While some may attempt to cheat, others will look for other ways to improve their game that hopefully won’t get them kicked off the premises. One of the ways you can improve your wins without risking a casino ban is with edge sorting. This technique won’t work with digital online casino games, but it may help you at a real casino.

Join us as we explain what edge sorting is and whether you should use it.

What is edge sorting?

Edge sorting is a technique that is only applicable to real-world card games and works by identifying minuscule flaws in the designs on the backs of specific decks of cards. These subtle differences can be exploited to help a keen-eyed player identify the value of a card based on the design on the back. These flaws appear during the manufacturing process because, as good as machines are, they are not perfect.

Once specific high-value cards have been identified by a player, they can ask the dealer, whether it’s a person at a brick-and-mortar casino or in a game like live dealer blackjack, to rotate the card 180 degrees. This makes the high-value card (or cards, if the player can identify multiple high-value cards and get them rotated) easier to spot as the defects in the design stand out relative to the other low-value cards. The player should also request that an automatic shuffler be used to avoid the cards being turned during a manual shuffle.

If a dealer refuses a player’s request, manually shuffles the cards or changes the deck during play, you will not be able to take advantage of edge sorting. In these situations, you’ll need to find other ways to make your bankroll go further.

What games does edge sorting work with? 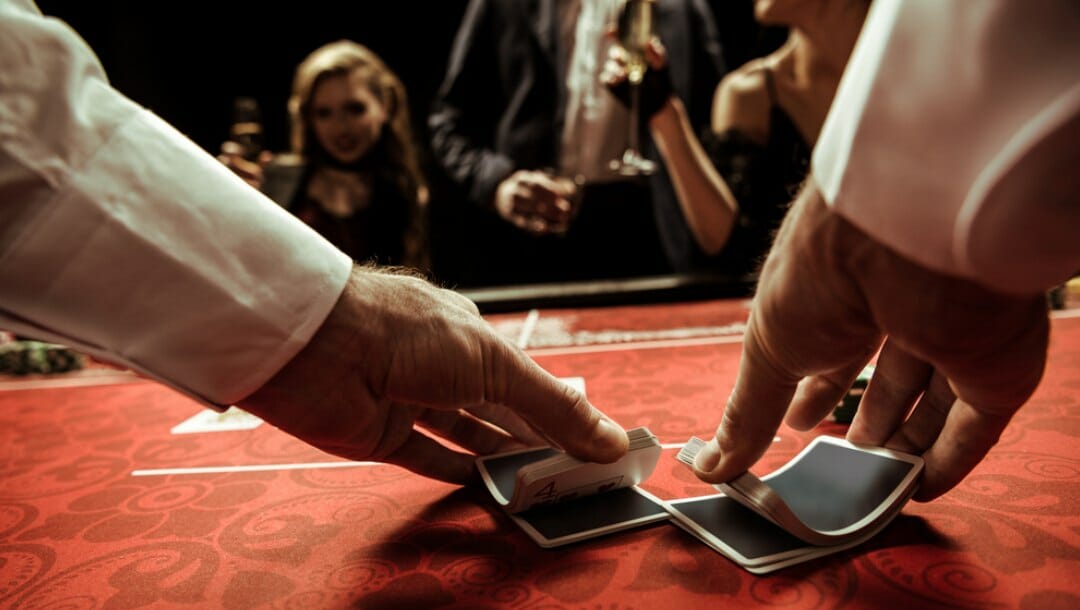 While edge sorting is most commonly associated with baccarat, it would be possible for players to make it work in casino table games like blackjack as well, assuming you could get the dealer to go along with your requests. Using all the steps of edge sorting wouldn’t work in a game like poker simply because other players are in control of their cards and it’s highly unlikely you’d be able to convince other players to rotate specific cards in their control.

Should I use it? (If Phil Ivey can’t get away with it, probably not)

Let’s start by stating that edge sorting isn’t illegal and there is still some debate around whether it is cheating. In most cases, cheating usually requires you to manipulate the game in some way, like playing with loaded dice. Edge sorting doesn’t rely on you to interfere with the game yourself, but some view it as an advantage outside the game’s normal rules.

These people argue that, at best, this is unfair and, at worst, it’s dishonest and cheating. Even if that information is there by accident, literally staring observant players in the face, players should always do their best to follow the normal rules of gameplay. Others believe that edge sorting is less manipulative than some people think and that it’s much more of a skill than naysayers believe it to be.

So now that you have some insight into both sides of the debate, you may wonder, since edge sorting isn’t technically illegal, should you use it?

The reality is that many casinos frown upon the practice and it may cost you your winnings. Take poker pro Phil Ivey, for example. He managed astonishing wins worth millions at various casinos playing punto banco, a popular baccarat variant. 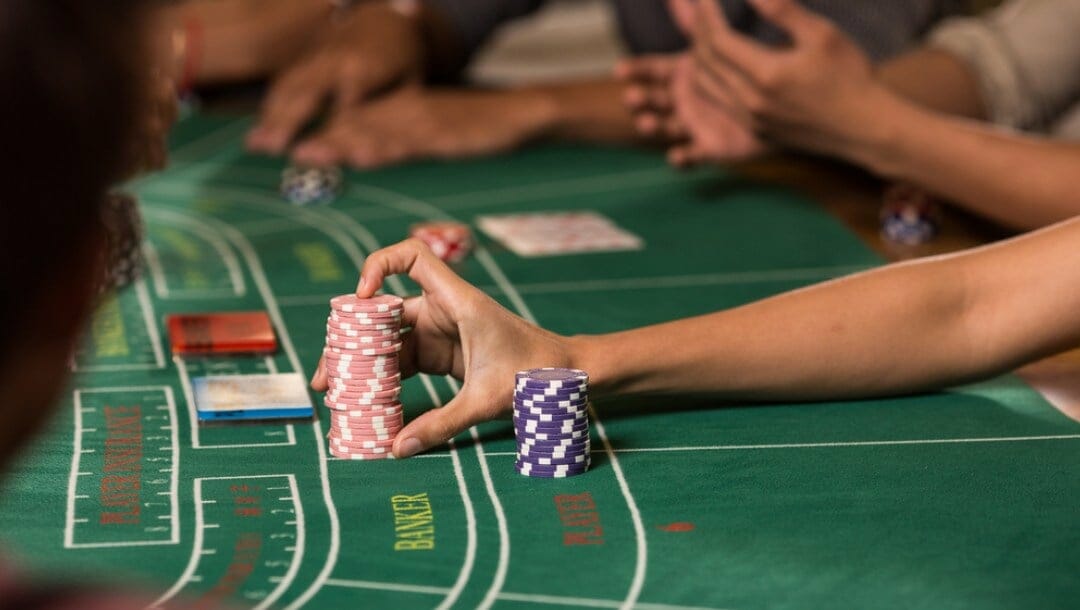 When one of the casinos noticed that his winnings were unusually high for a pure game of chance, they launched an investigation to find out how he was turning the odds in his favor. When asked, he openly admitted to edge sorting and the casinos took him to court.

The judge ordered that he pay back his winnings because he and his accomplice, Cheung Yin “Kelly” Sun, were dishonest in their engagements with the dealer. The judge recognized that the requests – asking for an automatic shuffler and for cards to be rotated 180 degrees so that they could confirm the value of the cards by the flaws on the back – were agreed to and completely lawful. However, lying about why they made those requests was deceptive, making Ivey liable.

Interestingly, not everyone, including lawyers, thinks that Ivey should have been forced to pay back his winnings. Nanci Carr, a California-based lawyer and assistant professor of business law at California State University, believes that while Ivey may have been “working the system,” it wasn’t cheating or even unfair.

Carr unpacks her complete argument in her academic paper “One, Two, Sort the Shoe; Three, Four, Win Some More: The Rhyme and Reason of Phil Ivey’s Advantage Play at the Borgata.” Essentially her argument boils down to this: casinos take numerous actions outside of games to ensure they have an edge on their players, so when players take advantage of legal advantages, casinos should be required to pay out.

Also, when you realize that anyone could have done what Ivey did if they had invested enough time into learning the errors on the cards and that the casino agreed to all of Ivey’s requests, the practice starts to look far less suspicious. To many, it appears to be far more like card counting than, say, swapping a card in your hand for one in your pocket.

However, this doesn’t mean that you should try edge sorting out for yourself. While edge sorting may not be a criminal act and many are still debating the ethics of the technique, it’s safe to say that various courts have confirmed that they do not believe the practice to be fair. At the end of the day, you’re best off avoiding it and taking advantage of our quick tips for online casino games instead.

Find the best casino games to play and more at BetMGM

When you play real online slots, live dealer casino games or any of our other thrilling gaming experiences, you’re bound to have a great time at BetMGM. But there’s more to discover at BetMGM. We have a huge variety of casino games for you to play, including online poker and our incredible online sportsbook, all of which are accessible from a single account.

Register at BetMGM to enjoy all of the gambling excitement we have on offer!