Why America Is the Leader of the Online Casino Market 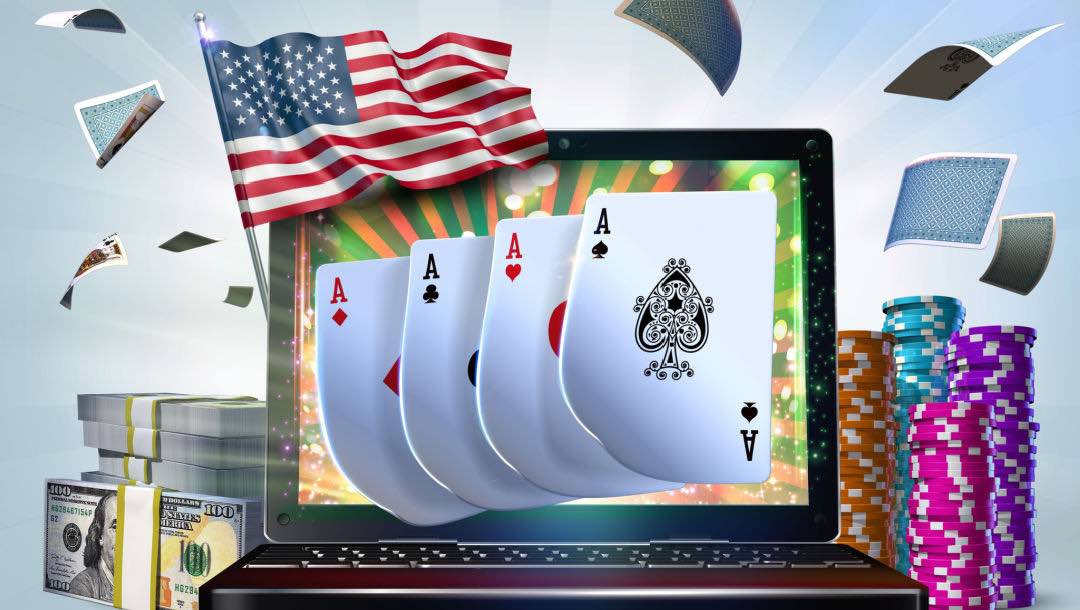 Gambling is very much a global pastime, with over a quarter of the world’s population participating in some form of gambling or another. However, the country that leads the pack in gambling is the United States. Research shows that 85% of Americans have gambled at least once in their lives and that the national gambling industry is responsible for generating approximately $1.5 billion in revenue every year.

But what makes the US gambling industry so unique? What are its origins and what does the future hold? How has the rise of online gambling and the subsequent popularity of online casino games over the past two decades transformed the industry? Read on for some insights.

The history of gambling in the USA

It has been a rollercoaster of legalities for gambling in the US over the years, with numerous states still fighting to legalize all aspects of the industry, both online and in-person. But where did it all begin?

Dice games originated in other areas of the globe as far back as 2,000 B.C., making dice the oldest form of gambling paraphernalia. In the USA itself, it’s believed that Native Americans played and wagered on games of chance in their various traditional ceremonies for centuries before the country was colonized. Once colonization occurred, the gambling culture began its spread across the ’new world,’ with colonists betting on sports such as bullfighting, horse racing and various other ‘blood’ sports.

Over time, gambling ‘go-to’ spots were formed in specific locations, including New Orleans, which emerged as something of a gambling ‘mecca’ in the 18th and 19th centuries, despite the pastime being illegal for a significant chunk of that time.

From the start of the 20th century, more and more aspects of gambling were outlawed in various states. By 1910, the only legal way to gamble was to wager on horse racing in Kentucky or Maryland. Some 20 years later, amidst plenty of gambling rebellion, the laws began to shift. The ban on horse racing and ‘charitable’ gambling was lifted in most states. Nevada was the state that stood out the most regarding its ‘forgiving’ stance on the pastime, legalizing casino gambling in 1931.

El Rancho Vegas, the first large casino similar to the MGM Resorts that everyone knows and loves today, opened its doors a decade later on what would eventually evolve into the iconic Las Vegas Strip. From there, big, glitzy and glamorous casinos started popping up by the dozen, especially when the wealthy organized criminals and mobsters turned their attention to gambling following the end of prohibition. The mob dominated the Vegas scene for many years. The laws regarding gambling started to shift outside of Vegas once again and certain aspects were legalized in certain states. 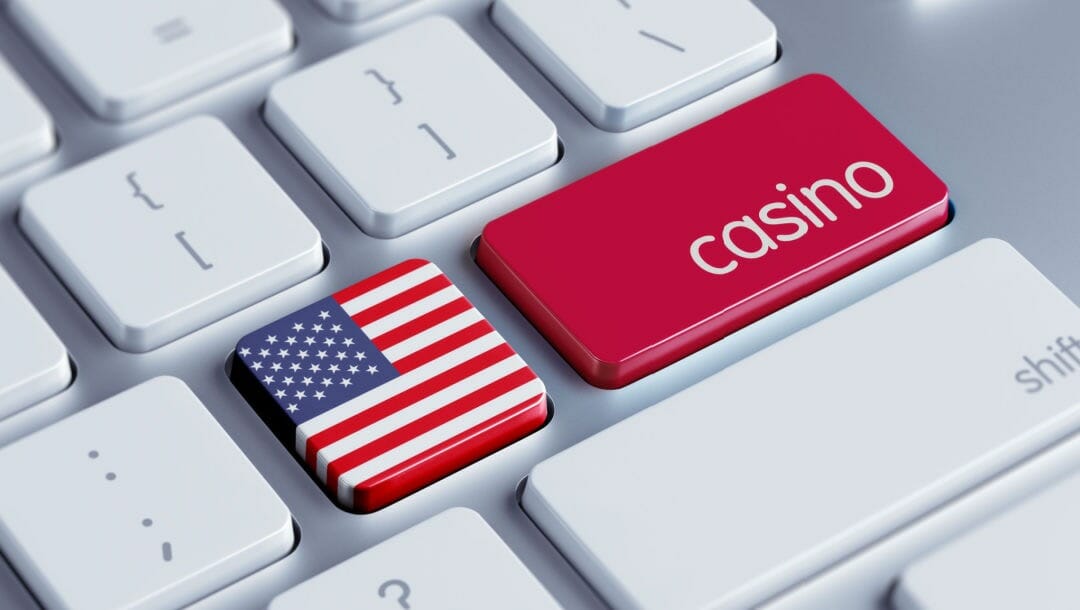 The current state of gambling in the USA

Much progress has been made regarding legalizing gambling across the States. Currently, you can gamble legally to a certain extent in a total of 48 states. Hawaii and Utah are the only exceptions, enforcing an almost total ban on the activity. Utah is considered the state with the strictest laws against gambling because even social gambling games aren’t allowed to be played in one’s private capacity (i.e., at home), which isn’t the case in Hawaii.

But the reality is that traditional casino gambling is still outlawed in many states. You won’t find any land-based casinos in Georgia, Hawaii, Kentucky, New Hampshire, South Carolina, Utah, Vermont or Virginia. Plus, sports betting remains illegal in 20 states. As far as online gambling is concerned, it has only been regulated in 11 states. Having said that, a lot of work is being done to legalize as much gambling as possible in as many regions as possible.

How is the USA gambling industry unique?

Firstly (and most importantly,) the USA boasts the most expansive consumer market in the world, with an ever-growing population of over 335 million people and an impressive GDP of $22996.10 billion (in 2021.) In short, most Americans simply have the capital on hand to comfortably enjoy a pastime of a gambling nature. This interest in gambling has obviously fueled the industry’s growth over the years, especially in the online casino gambling market. The US online gambling market is one of the fastest growing and continues to push boundaries as more legal hurdles are overcome.

The impact of online casinos in the USA

The dawning of new online casinos in the late 1990s spurred future gambling legalization across the States. Since then, many people have come to find online casino games to be extremely therapeutic and a great way to relieve stress. They favor the convenience that comes with gambling from the comfort of their homes whenever it suits them, rather than traveling to land-based casinos.

Online casinos have also driven the growth of the US gambling industry. They’ve gripped plenty of people who might ordinarily never have visited a brick-and-mortar casino before, but who have found themselves enjoying playing certain games online, such as bingo or real online slots.

So while classic, land-based casinos are certainly here to stay, it’s safe to assume that playing live casino online games is very much the industry’s future. With technology continuously advancing, it’s exciting to think about what the future may hold! 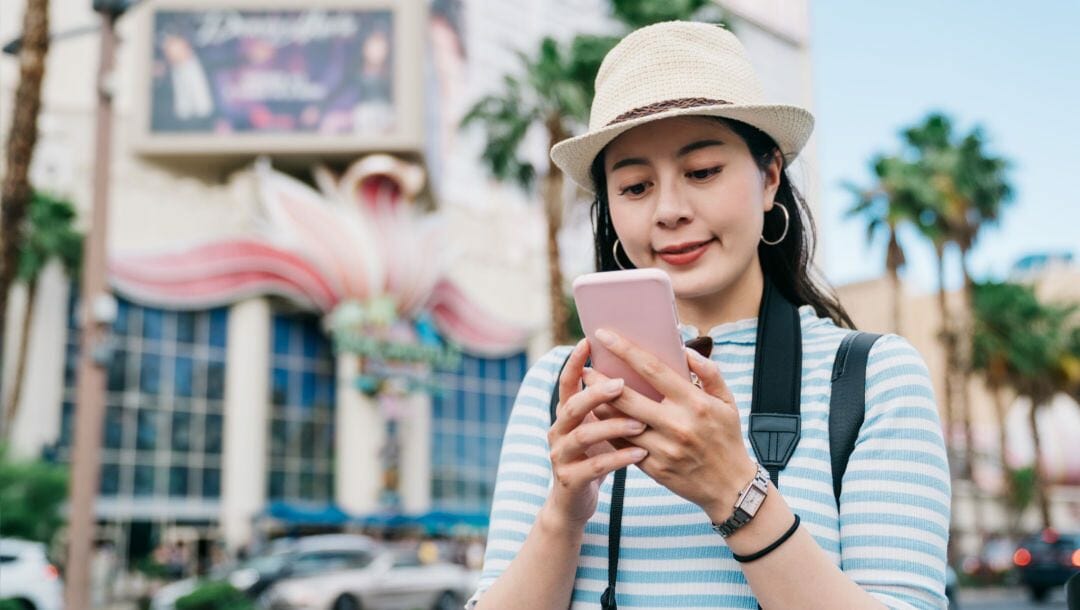 Looking for top online casinos in the USA? BetMGM is sure to tick all of your boxes. Choose from a broad menu of casino favorites, including online slots, casino table games and live dealer casino games.

Explore what’s on offer whenever you’re ready. Register in minutes via our user-friendly mobile portal.