The 6 Coolest Multiplayer Video Games Ever Made 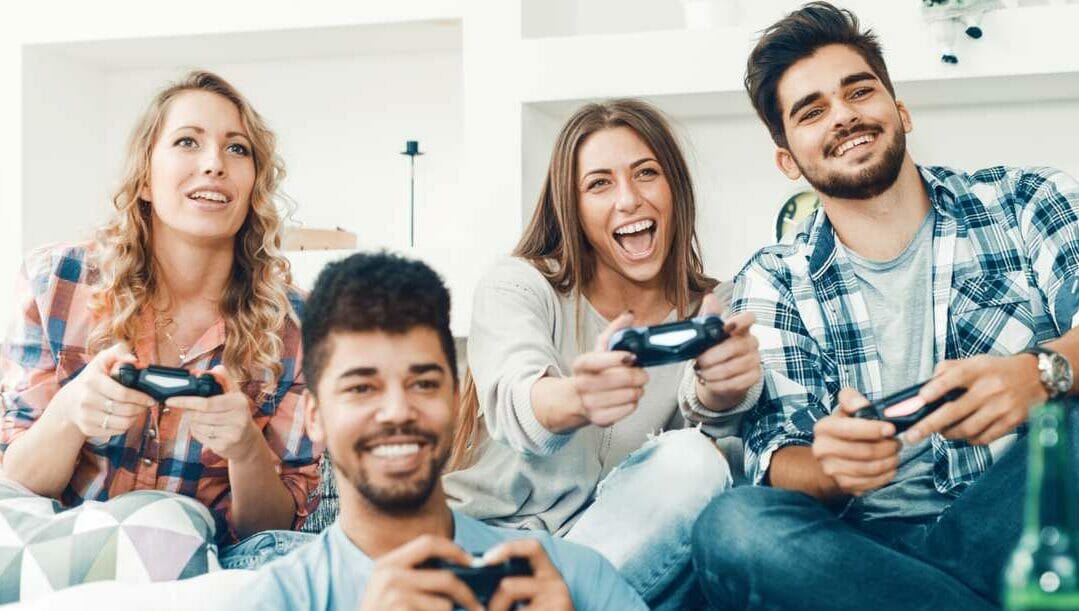 Call of Duty is a well-known series of first-person shooters (FPS) today, but this wasn’t always the case. The first Call of Duty game was released in 2003 and was set during the Second World War. While it was undoubtedly popular, it wasn’t until the game leapt into the present day with Call of Duty: Modern Warfare that the franchise really took off.

In this edition, players who enjoyed war video games got to join in virtual combat as a present-day soldier. In the single-player campaign, the story played out from multiple perspectives, as you took on the role of different soldiers caught up in a web of political intrigue and deadly war. In the multiplayer mode, players started off with basic characters and weapons that they leveled up as they played. This was the first game to reward players for simply playing the game, and has since become a standard gameplay mechanic for many first-person shooters.

Counter-Strike (CS) was first introduced to the world as a mod (modification) for the mega-hit Half-Life 1 in 1999. The beta version of the game took the usual formula set by other multiplayer shooters at the time and flipped it on its head.

At the time, the most popular style of FPS games were games like Quake III Arena and Unreal Tournament. In these games, players would battle it out in incredible fantasy sci-fi-influenced combat maps, with items and bonuses scattered throughout. In these deathmatch games, if you happened to die while facing off against another player (or players) you could return to combat instantly (or usually within a few seconds,) a process more commonly known to gamers as respawning.

In CS, players instead found themselves on either a counter-terrorist or terrorist team, each with different objectives, such as defusing or planting a bomb, rescuing or stopping the rescue of hostages, or rescuing or killing a VIP. Players earned in-game money by completing these objectives or killing enemy players, which could then be used to buy yourself better equipment and weapons in upcoming rounds. For some, CS might have even felt like a multiplayer horror game, as death often lurked around every corner, and was far swifter than in games like Quake or Unreal.

It may not have been for everyone, but CS added a twist to the first-person shooter genre that changed the way people engaged in virtual combat forever.

3. Defense of the Ancients 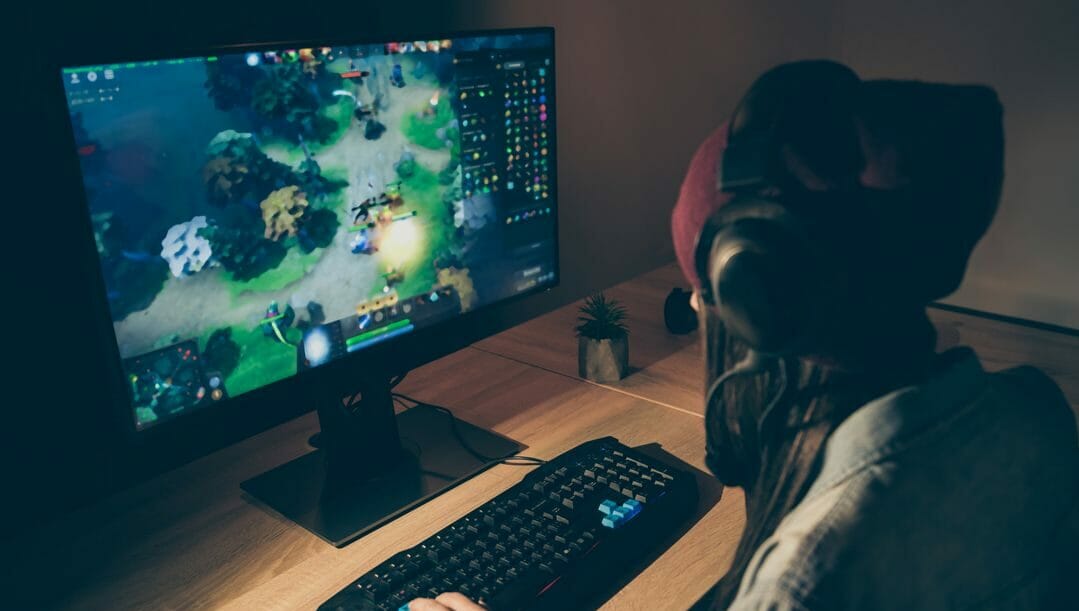 Defense of the Ancients (DotA) was similar to CS in that it was a mod of an existing game. In this case, however, DotA was built in the Warcraft III engine and ushered in a new style of game that combined elements of strategy titles such as Warcraft with action RPGs (role-player games) like Diablo. The hybrid genre that this created is more commonly known as mobile online battle arenas (MOBAs.)

The game pitted two teams of five players against each other, with the goal being to destroy the opposition’s base. Players would select one of dozens of fantasy-themed characters, each with their own unique powers and abilities. As the game went on, players could earn experience to level up their characters through combat and completing objectives, as well as gold, which was used to buy better weapons and armor.

DotA has since spawned an unofficial sequel by the name of DOTA2, as well as numerous other similar titles, including the worldwide sensation League of Legends, a testament to why it’s undoubtedly one of the coolest multiplayer video games ever made.

Today Minecraft is immediately recognizable, thanks to its blocky 3D graphics, and the fact it’s available on everything from mobile phones and tablets to consoles and even VR headsets. But before it took the world by storm, it was a relatively niche PC title developed by programmer Markus “Notch” Persson. Before selling the now iconic game to Microsoft for $2.5 billion, Persson spent years working on the beta version, with the official release of the game taking place in 2011.

In Minecraft, players explore one of its many worlds, gathering resources to build things within its virtual environment. The objects you build can vary from simple buildings to magnificent works of art, and, if you mine the right materials, even a working calculator. You are free to explore these worlds on your own, or you can invite your friends to join your journey to build great things and defeat evil monsters!

Minecraft is quite a unique entry on this list in that the game itself has no predefined goals. There are no objectives in the game, with the players free to do as they please. This alone makes it a great game to play with others all around the world, as well as your own friends and family.

What if we told you one of the most popular multiplayer games ever involved cars with rocket boosters knocking a large soccer ball into the back of an opposing team’s goal? You might initially think we’re a bit crazy, but you’d probably not have heard of the sensational Rocket League, the hit game that combines soccer and cars to create a truly unique video game experience.

In Rocket League, you play in teams of up to three players in different arenas with a goal on each side. The objective is to score as many points as possible against the opposing team by putting the (large) soccer ball in the back of the net. Some of the game areas follow the design and style of a traditional soccer field, while others get more imaginative and add obstacles and other objects to add more variety to the game. Players race around in their cars trying to put the ball into the back of their opponents’ net, or stop the opposing players from doing the same to them.

Add in rocket boosters (hence the name,) which can be recharged by collecting power-ups on the field and give you the ability to blast your way into the air for a short while, together with physics that focus on fun rather than realism, and you have a game that feels like soccer, but adds enough to the traditional formula to make it much more exciting. 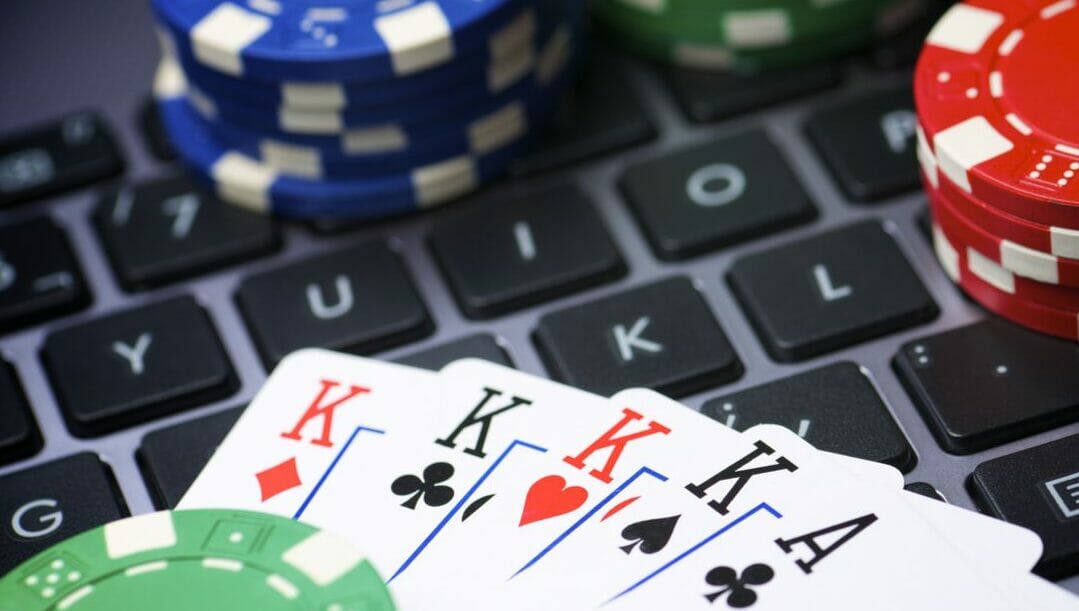 For many people, playing casino games on the internet is synonymous with online slots, but for those who like to play against other people, another game is likely to come to mind: online poker.

In the late 1990s, players could enjoy rudimentary virtual poker games via chat rooms like IRC as well, but without any skin in the game, it simply didn’t offer the same experience to players who wanted the thrill of a game with actual stakes. But in 1998, Poker Planet arrived: It was the first online platform where players could play poker against each other for real money, and this poker site broke new ground for what was to become a multibillion-dollar industry.

Since then, online poker has exploded in popularity, with hundreds of sites offering players the chance to play via the internet. People can play all sorts of different versions of poker in cyberspace including Texas Hold’em, Five Card Draw, and Seven Card Stud. If you like live casino online games, you can also play live dealer versions of online poker, although these games are played against the dealer, and not against a full table of players.

But if you enjoy multiplayer games, and you like casino table games, be sure to give one of the many great versions of online poker a try!

Play the greatest casino games at the best online casino

If you enjoy playing casino games for real money, take a look at everything we have on offer at BetMGM. You can play exciting multiplayer casino table games at our virtual casino including online poker, but you can also try your hand at real online slots, virtual sports, live dealer games and other exciting casino titles.

Register at BetMGM to access a whole new world of digital excitement at your fingertips!