The Top 3 Most Popular Card Games of All Time 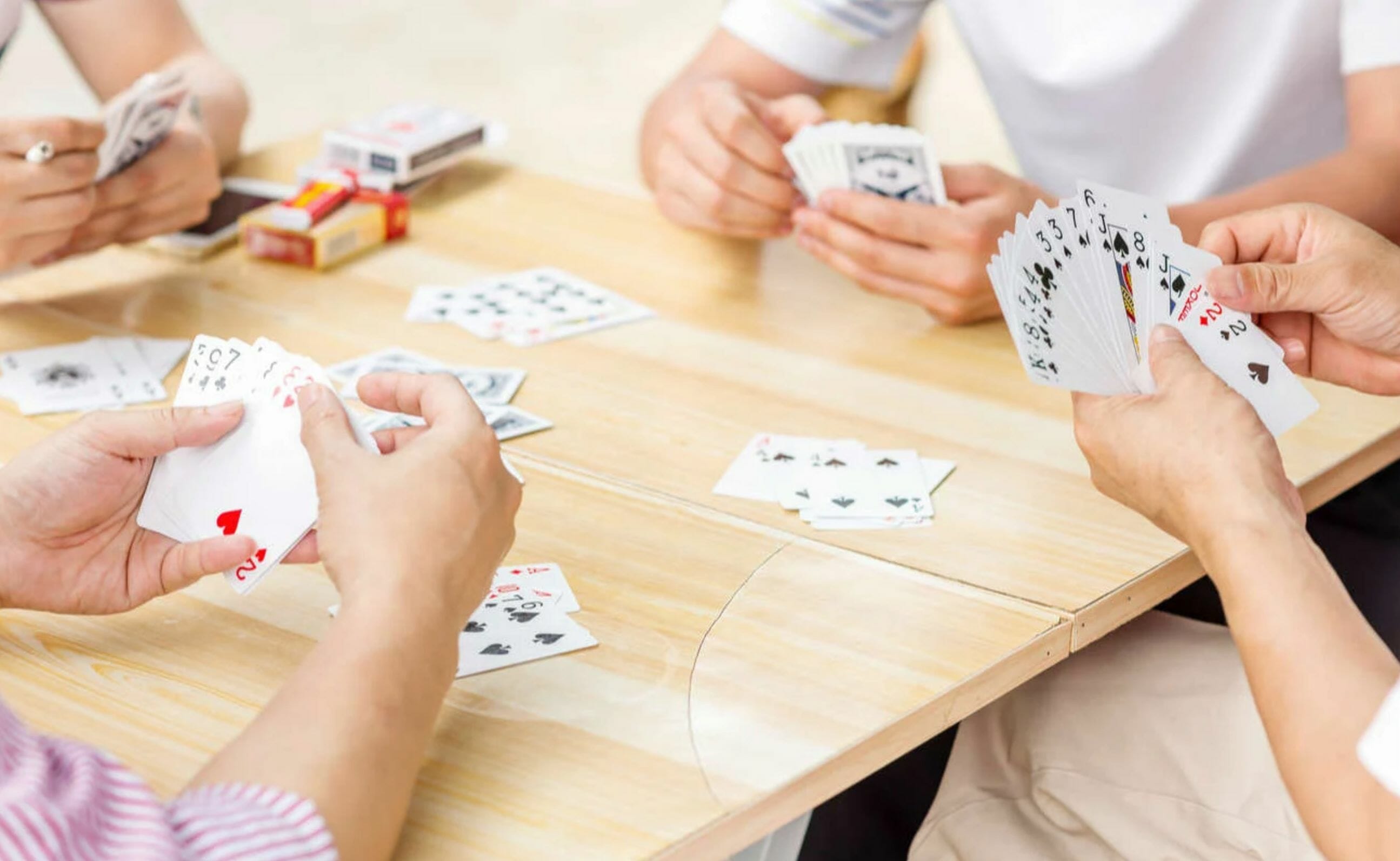 Card games have entertained players across the world for hundreds of years and have become entrenched in many cultures. To this day card games are a top favorite among all types of games and many of the classics have since inspired a variety of online casino games. In this article, we’ll explore the history and basic casino card game rules of three of the most popular card games of all time.

Blackjack is a banking card game where each player individually competes against the banker. Each card in the game is assigned a value with cards two through to 10 retaining their pip value (the number of pip symbols printed on the cards.) However, kings, queens and jacks are each valued at 10, while an ace carries a value of either one or 11. The aim of the game is to score more than the banker with the total value of your hand, but not to exceed a total of 21. If any player in the game, including the banker, scores more than 21, they go “bust” and lose the round.

The origins of blackjack

Blackjack is a modern take on the game of twenty-one. Its exact origin is unknown and much debated, but multiple sources credit the Spanish author Miguel de Cervantes (of Don Quixote fame) for the first written record of the game. In Novelas Ejemplares, which was first published around 1613, he references a game called “veintiuna,” which happens to be the Spanish word for 21. In the story, Cervantes describes the aim and rules of the game, which have much in common with modern-day blackjack. However, David Parlett, a games scholar and historian, believes its origins are more closely connected to the game of 31, which gained popularity in the 15th century across western Europe. This game is first mentioned in a sermon translated in 1464, in which a monk preached about the problems he believed were caused by gaming.

Over the 18th century, blackjack’s precursor, twenty-one (known as “vingt-et-un” in French) would continue to grow in France, thanks to its popularity with Napoleon and the Royal Court of King Louis XV. The game continued to spread across Europe, with the Germans referring to the game by three additional names: Siebzehn und vier (seventeen and four,) Einundzwanzig (twenty-one) and Hoppsen. The game also made its way to Britain, where it evolved into the game of pontoon. Twenty-one first appeared in the United States in the early 19th century. The game was likely introduced to the region by French colonists, who had recently arrived in the US. 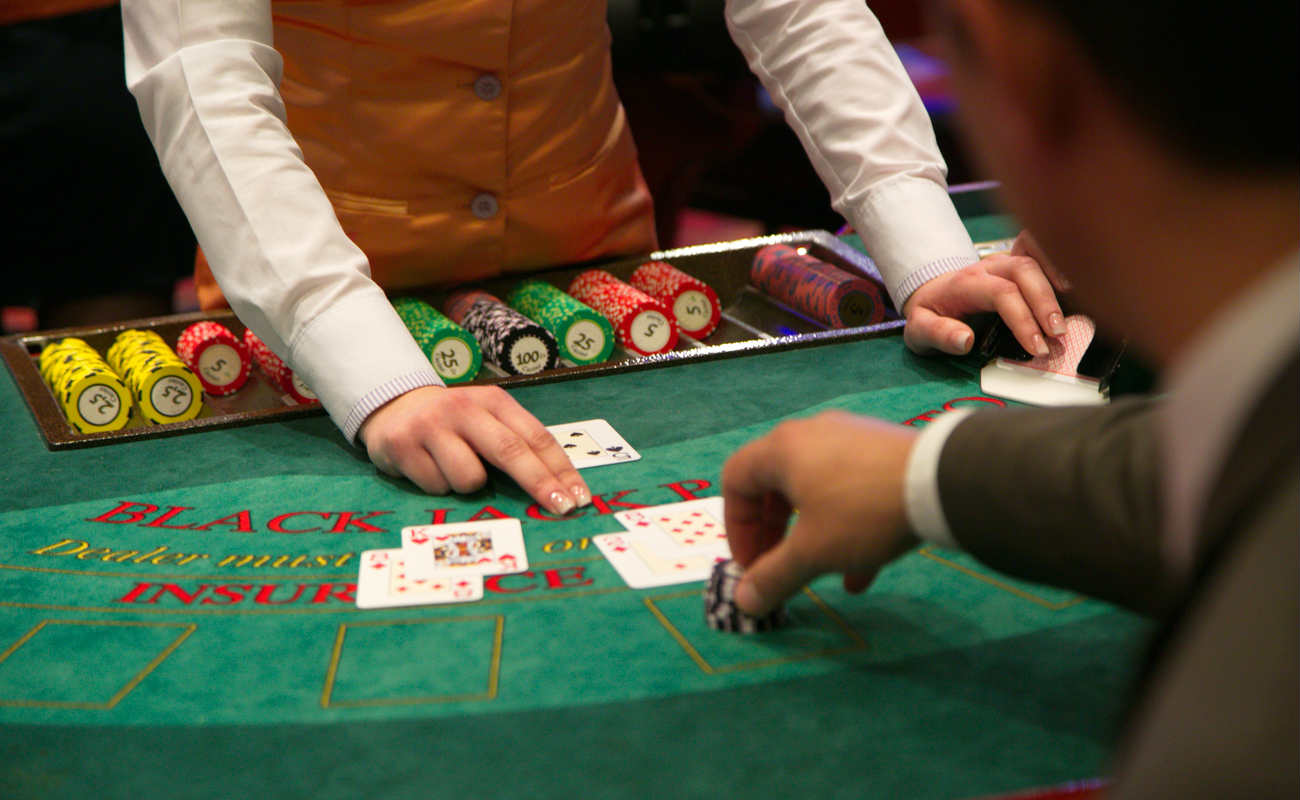 The original game of twenty-one wasn’t that popular with American players, funnily enough. With the legalization of gambling in Nevada in 1931, gambling houses decided to add bonus payouts to help spice up the action. One of these payouts was more commonly known as a blackjack. If a player had an ace of spades and a jack of clubs or spades, they would receive a 10 to 1 payout. This incentive helped push the game to new heights and cement it in modern culture as blackjack, not twenty-one. Today blackjack and its many variations have become the most popular banking card game in both traditional and online casinos. Playing blackjack at online casinos allows you to try out variations of the casino table game, including the fun and interactive titles offered at BetMGM’s live dealer online casino!

Poker is a betting game of many variations and is regarded by many as one of the best casino games of all time. The most popular version is Texas Hold’em in which players each take turns to assess the value of their hand in relation to the communal cards revealed by the dealer on the table. There is a set hierarchy of poker hands, depending on the pip of the cards, their suit and combination. A game takes place over multiple rounds, during which each player can choose to match or raise their bet or fold if they believe their hand is weak. After the first round of betting in Texas Hold’em, the dealer deals three of five community cards face-up on the table (these are known collectively as “the flop.”) A new round of betting starts with players again deciding to match or raise their bets or fold – all of which builds the size of the pot. After this, the dealer reveals the fourth or “turn” card on the table and another round of betting ensues. Finally, the fifth community card is dealt onto the table, which is known as the river. The remaining players in the running have a final round of betting during which they reveal their cards and the player with the highest value of cards wins. A player can also win if all the other players fold at any point during the game. If the player wins the game this way, they do not have to reveal their cards – but still get to scoop the pot!

Like blackjack, the exact origin of poker is at best murky. One theory is that poker grew from poque, a game that, like blackjack, was introduced by French colonists who settled in the southern states of America. Poque was itself influenced by the Spanish game primero. Primero, much like poker, is a betting game where players win or lose based on the value of their hand. However, it is played with a 40-card deck and the value of the cards and hands are quite different.

The seeds of a global phenomenon are planted 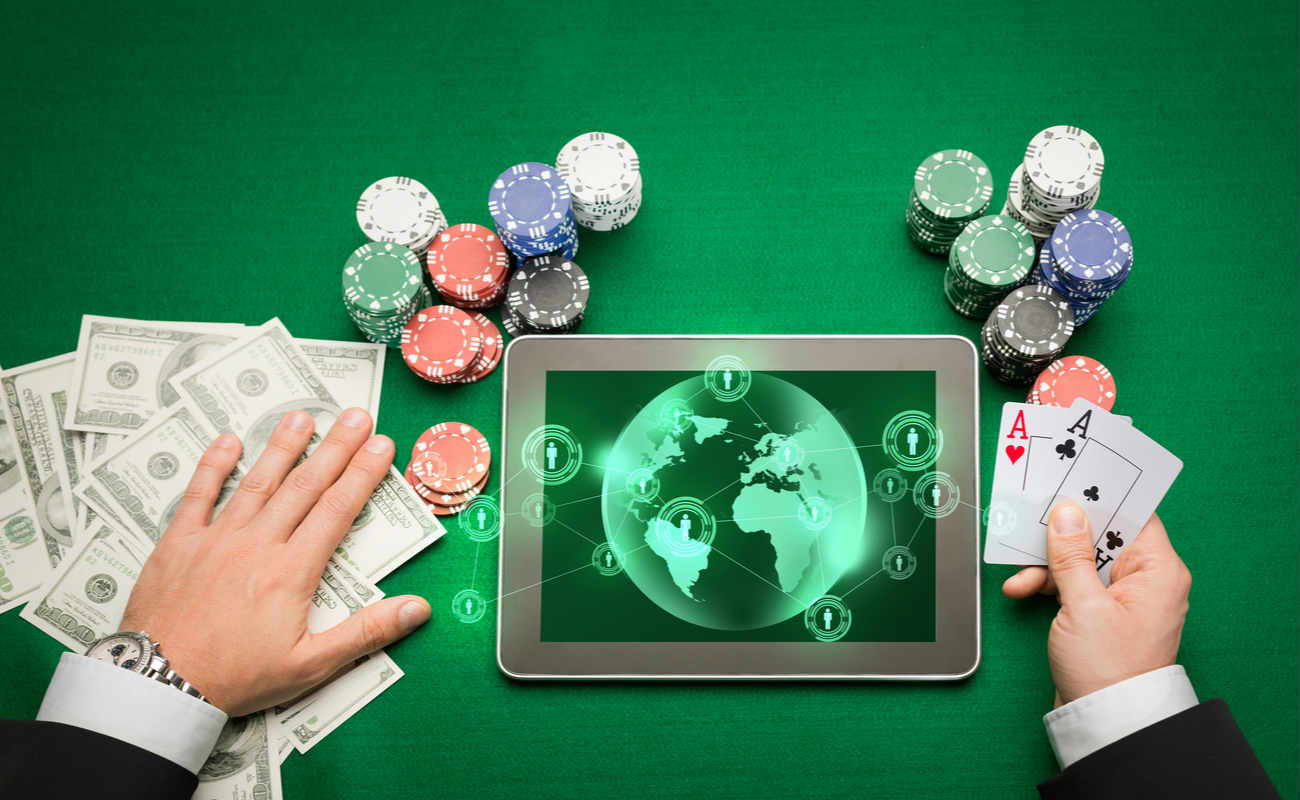 The boat crews who traveled the Mississippi helped to distribute the game across the US. As it grew in popularity, the game is believed to have been adapted by English speakers to suit a 52-card deck and given the English name of poker. The game became a regular pastime for civil war soldiers, with both the northern and southern regiments having the odd dabble between battles. As people joined in the gold rush, it spread to frontier towns in the West in the mid-1800s. The game also made its way to Britain, supposedly thanks to General Schenck, the then ambassador to Britain, who either shared the rules with a member of the royal court or with Queen Victoria herself.

Poker in the 20th century

Poker may have caught on quickly in the US and attained some level of popularity in Britain in the 19th century, but it was only introduced to Europe in the 20th century. This was thanks to American soldiers who were sent to fight on behalf of the Allies during the First World War. Moving to the latter half of the 20th century, poker saw an increase in interest thanks to the World Series of Poker (WSOP.) The first WSOP tournament took place in 1970 and helped drive interest in the game in casinos across the US. Only after the Californian legalization in 1987 and the Indian Gaming Regulatory Act of 1988 did poker become more mainstream.

Poker continues to grow globally, thanks to technology 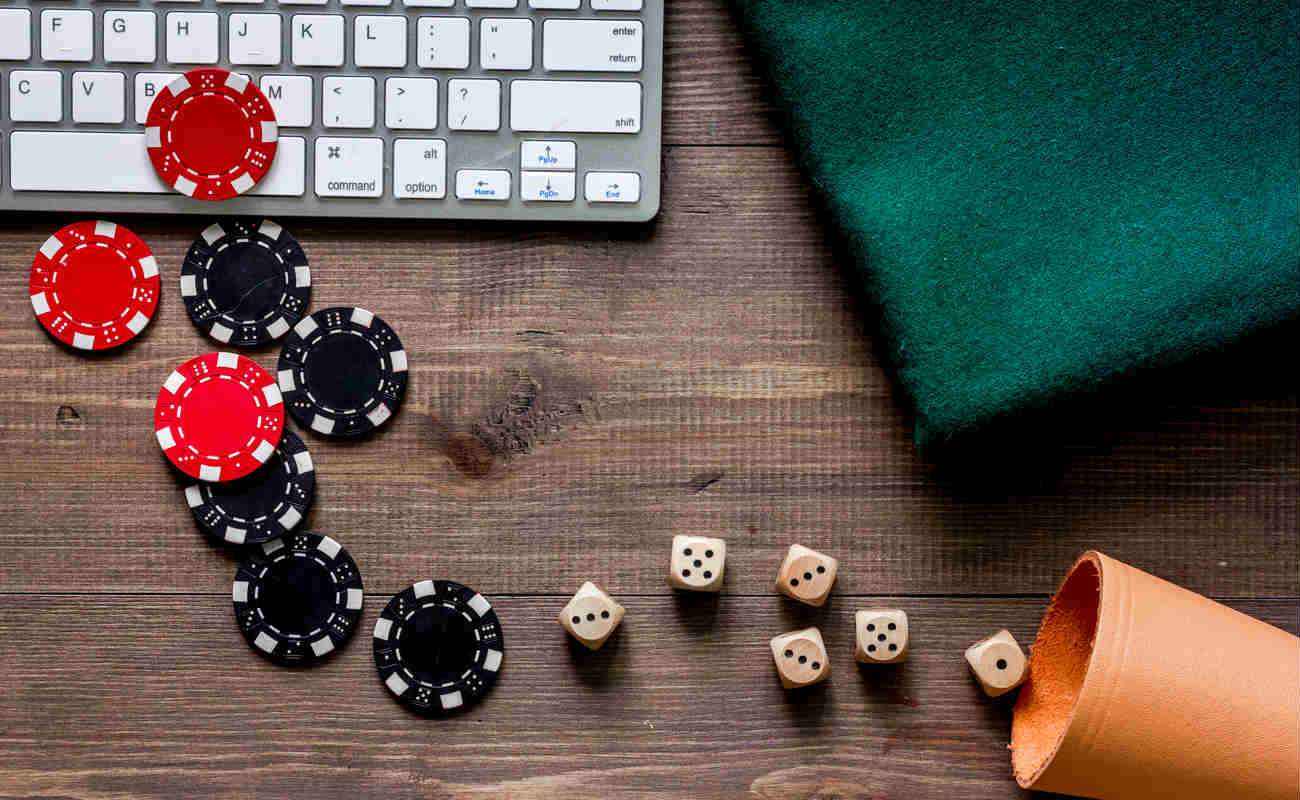 However, poker’s growth didn’t stop there. Having established a presence online soon after the internet came into being, many people initially failed to take online poker seriously. But all that changed when Chris Moneymaker qualified through an online poker room and went on to win the WSOP’s Main Event in 2003. Thanks to this win, the attitude towards online poker changed. Now numerous online casinos and dedicated online poker sites allow you to play casino games and poker online. Poker is one of the best casino games to play over the internet as it’s both fun and provides a great mental challenge. You can choose from a whole host of variations, including Texas Hold’em, Omaha and seven-card stud. Thanks to technology there are many ways to make casino payments at virtual casinos, which means online poker is easily accessible to everyone.

While it might not have the same reputation as blackjack or poker, baccarat is still an incredibly popular card game. In baccarat, players must bet on whether the banker or the player will achieve the closest score to nine, or if it will be a tie. It’s important to note that there are only ever two hands in the game, one for the player and one for the banker, but that multiple players can bet on the outcome. Cards are scored according to their pip value, with an ace valued at one and a nine valued at nine. However, 10s, jacks, queens and kings have no value in baccarat. If a player has a hand with an ace and a four, their score is five. If a player has a queen and a seven, the queen is ignored and the value of the player’s hand is totaled at seven. And if you get two cards that add up to more than nine – say an eight and a nine – you’d ignore the “tens” column after adding them up, so 17 would become just seven in this example. What’s fun about this game is that you don’t have to actually have the better hand if you can predict when the banker’s about to come out on top!

The origins of baccarat

Considering how long people have been playing card games, it’s no surprise that so little is known about the exact origins of baccarat. What we do know is that the game became very popular during the 19th century among the French nobility. Baccarat, more commonly known as “chemin de fer,” became more popular among the French once casinos were legalized in certain locations such as spas and seaside resorts in 1907.

The future of baccarat 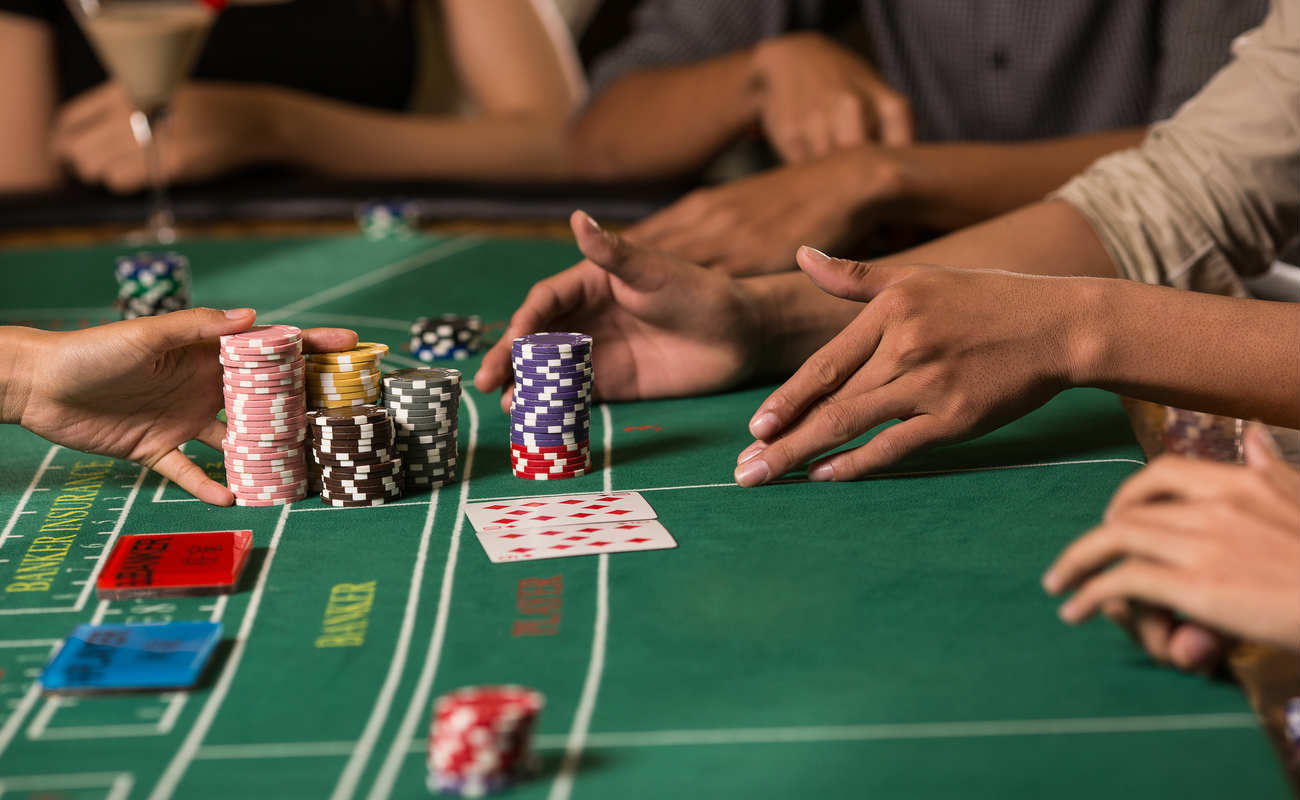 Baccarat spread to other parts of the world during the 20th century. In Britain it became synonymous with the fictional spy James Bond when it was referenced in Ian Fleming’s original books, including Casino Royale which was published in 1953. Baccarat also gained popularity in both South America and North America. The US version is believed to be highly influenced by the South American version, called “punto banco.” Unlike blackjack and poker, baccarat has still not achieved the same popularity of either of these games. However, real online casinos that offer some of the best online casino bonuses understand that the game has a dedicated niche following and ensure that baccarat players can enjoy the game online.

Try your hand at the top casino card games at BetMGM

You can play all three of these popular card games right here at BetMGM, where we have the whole gamut of casino table games to keep you thoroughly entertained. Sign up with us to get access to some thrilling card games, including their variations, and try your hand at some of our other popular online slots and games.

We also provide an unmissable live dealer online casino experience if you’re looking for a fun, interactive element to your gaming. There’s something for all tastes and types of players!