Daily Recaps for “The Return: A Borgata Championship Event” 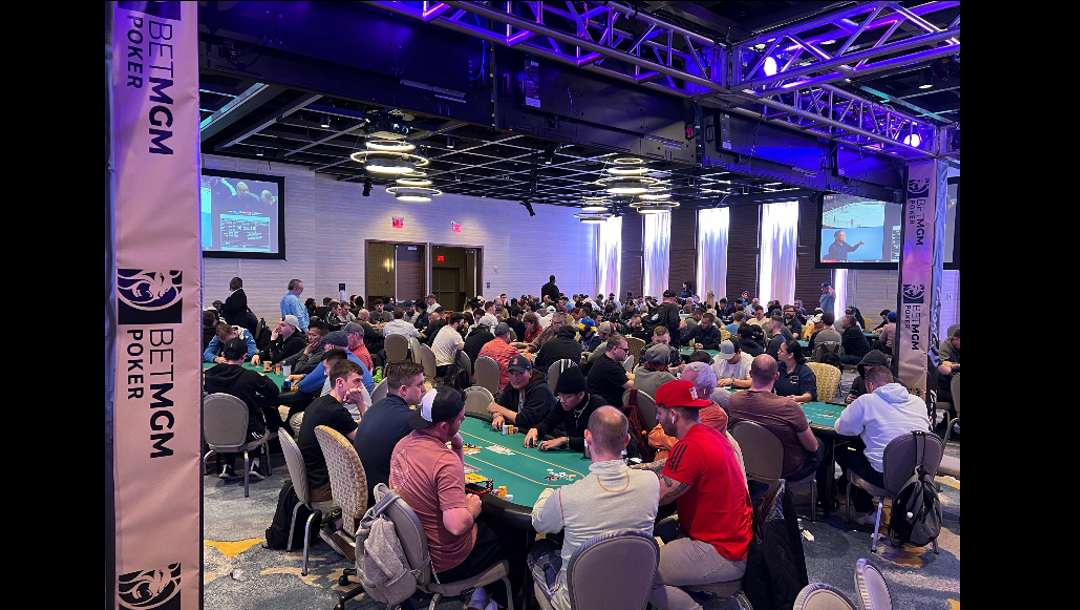 High-stakes championship poker returns to Borgata Casino in Atlantic City with “The Return” presented by Borgata and BetMGM. The tournament started on January 4th and concludes on January 8th with a live streamed final table. The Championship poker tournament features $3 million in guarantees with a $1 million top prize.

After 1,400 players opened the new year in Monday’s Mystery Bounty, massive turnouts continued Wednesday when over 560 players entered Day 1A of Borgata’s “The Return.” With Thursday’s session still to come, early numbers project that the prize pool will eclipse the $3 Million mark early on Day 1B.

The only question left is how big will it get?

Borgata’s “The Return” originally boasted a $3 million guaranteed prize pool. Thanks to two huge Day 1 sessions – including nearly 700 players competing on Thursday – more than $5.5 million will be up for grabs once the prize pool and payouts are finalized. Just under 500 players will return to play into the money on Friday, while all will have their eye on Sunday’s final table and the more than $1 million that awaits the eventual champion.

Day 2 of Borgata’s “The Return” started with nearly 500 players and after 16 hours of play just 53 players are still alive for $1 million first place prize. “Moving Day” saw the field play into the money after dinner, which is also when Day 2 chip leader Bin Weng got moving. When play resumes, Weng will lead the field into Day 3 as one of two players over 2,000,000 chips, but he and the rest of the field still have tons of work to do to make Day 4 and “The Return” final table.

Day 3 of Borgata’s “The Return” started with just over 50 players and after another dozen hours of action, 8 players bagged to advance to Day 4. The Final Table will feature a few big names including chip leader and 2015 WSOP Main Event Champion Joe McKeehen and big money is up for grabs.

One thing was certain Sunday, Borgata’s “The Return” was going to crown the first poker millionaire of 2023.  Ten hours later, Philadelphia’s Bin Weng defeated Brooklyn’s Sundiata Devore to lift the trophy and claim $1 million as the Borgata “The Return” Champion. The seven-figure score is Weng’s largest ever and moved his career tournament earnings over the $3 million mark.