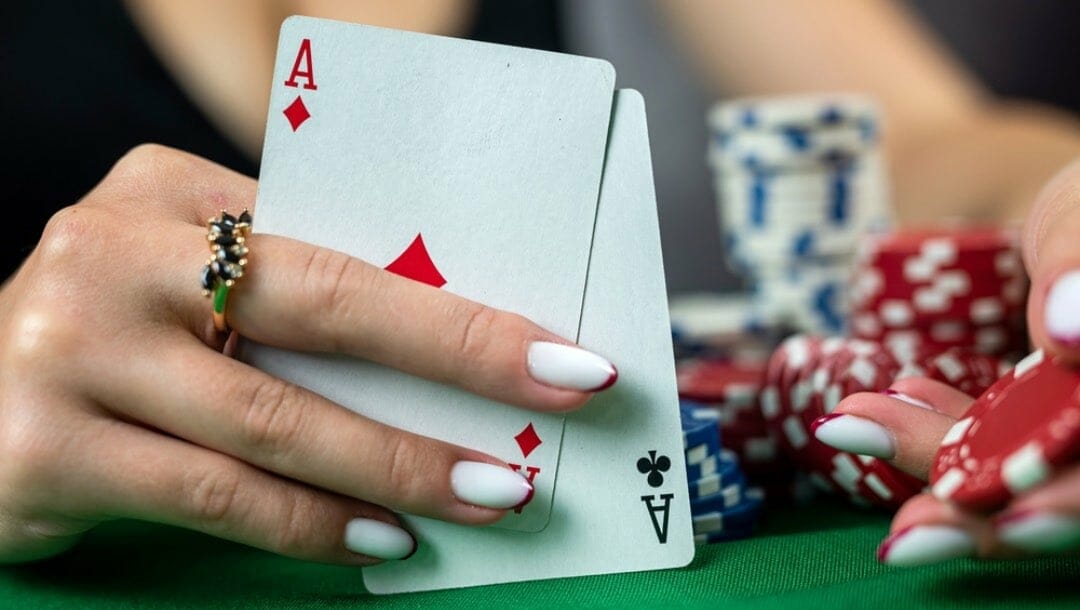 Throughout a game of online poker, experienced players constantly monitor opponents’ betting behaviors to identify trends and exploit weaknesses. Gathering information is crucial throughout a game of poker. It can provide a blueprint for your opponent’s strategies and allow you to make a more accurate prediction of a player’s hand. In a game where margins are slim, it’s important to find any advantage you can – especially for beginner players.

Exploitative play in live poker is common throughout online poker, as you’re facing players of all skill levels. A good tip is to establish the bad players from the good. From this, you’re able to selectively exploit and increase your chances of success. For beginner players, it’s hard to outplay experienced opponents, so picking your battles is crucial. Read on as we discuss whether Game Theory Optimal (GTO) players need a bigger bankroll than exploitative players.

What is Game Theory Optimal?

Mathematically, Game Theory Optimal (GTO) is the perfect way to play poker – but few achieve it. If you reach GTO during a game, there is no way an opponent can exploit your move. So, how is it measured? Through a carefully curated card matrix, players can make the best decision with the focus on gaining the most profit and providing the best path to success. Understanding the matrix is the best way to learn GTO poker.

Although it’s an effective form of exploitative poker, it’s worth noting that it’s a defensive strategy, as it seeks to avoid your move being exploited. However, because it utilizes mixed strategies focusing on balanced ranges, it remains a gray area in what capacity it is the most effective.

Game Optimal Theory focuses on strong and weak poker ranges so players know how to react to any scenario. During the pre-flop, players tend to semi-bluff when performing GTO in poker, meaning ranges focus on a balance rather than an outright win. It’s just as important not to be exploited in GTO poker. For example, if a player has an ace-5 suited during the pre-flop and then 4-bets, they usually either have an ace–ace or a king–king but can also have an ace-5 and other pre-flop bluffs – this is balance.

If done correctly, you will have a dominant round-to-round display and profit at the end of the game. Due to it being a defensive strategy, the most you can lose when achieving GTO is breaking even; this is if your opponent also utilizes GTO, which rarely occurs.

When to incorporate GTO poker theory in one’s game is commonly discussed among poker’s elite. The truth is that it shouldn’t be used for all occasions, as it comes with its downsides, from the time it takes and its complexities to alternative strategies that maximize scenarios more effectively.

Advantages and disadvantages of GTO 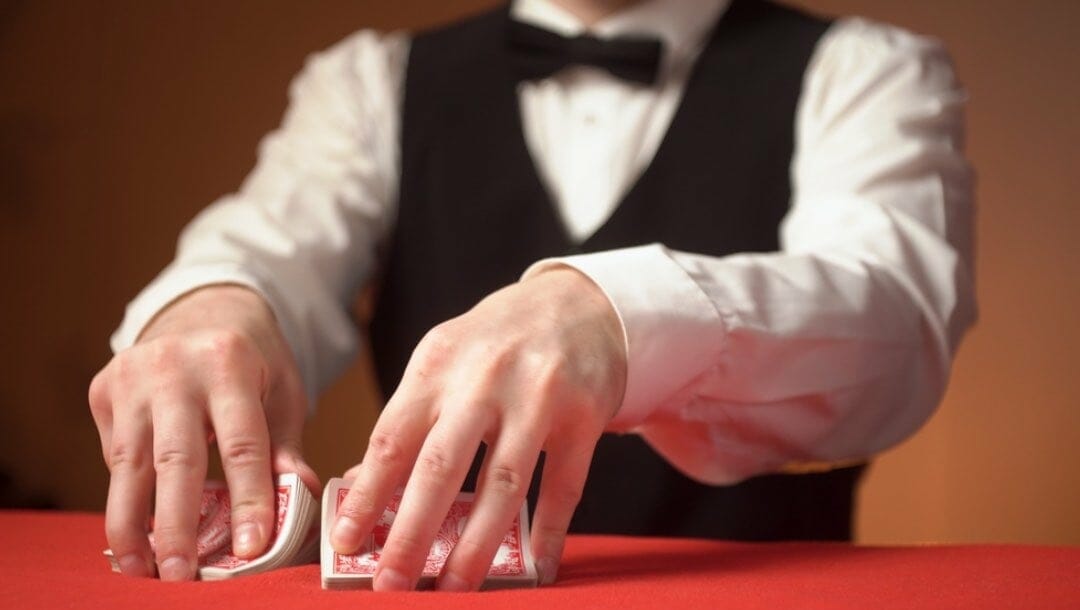 Heavily used in Texas Hold’em online, an advantage of GTO is that it saves the time of being aware of your opponent’s plays. As effective as understanding your opponent’s strategies is, it can become tiring and result in out-of-character bets and false assumptions. If you reach this optimal state the worst you can do is break even; and that’s only if the opponent is also utilizing GTO.

However, it doesn’t look to fully maximize your returns – other strategies are better in instances. Moreover, it’s highly unlikely to find an optimal strategy for every scenario when playing against two players or more. Not even the computers have figured it all out, as it has not been entirely mathematically solved. This suggests that it can’t react to every move and is nearly impossible to accomplish. 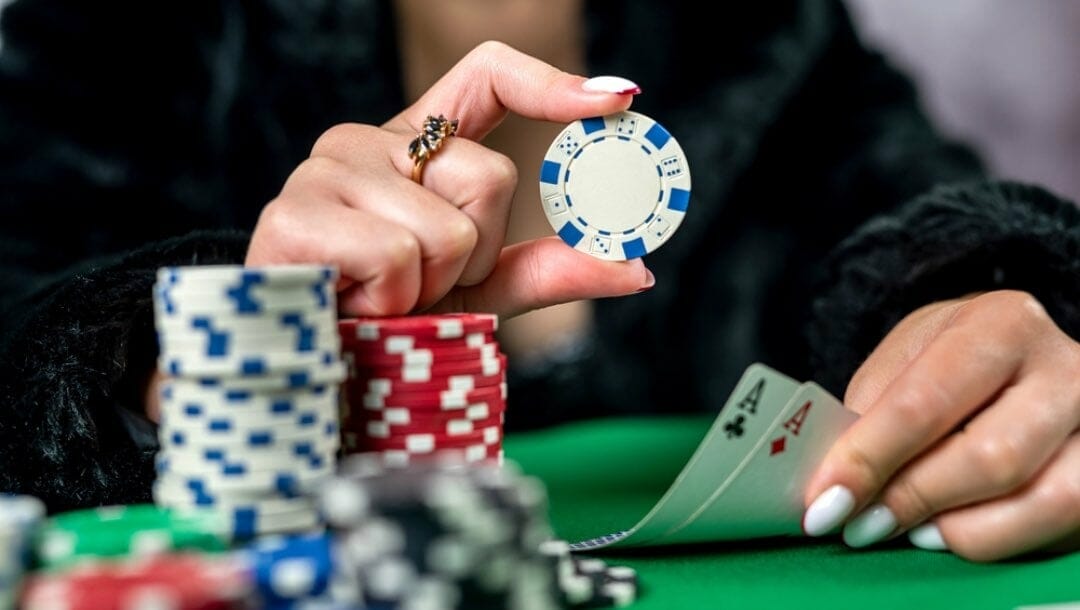 Although it looks to make players untouchable, it also reduces your edge, meaning players utilizing information on GTO poker ranges need bigger bankrolls than most. This is because it aims to reduce your chances of losing rather than guiding you to the most profitable play.

So, why do you need a bigger bankroll? It’s because utilizing Game Optimal Theory requires players to bluff often to scare off opponents and increase chances of success – the fewer players involved, the more chance of winning. Without a high bankroll, you’re limiting your projected win rate because you’re unable to exploit at the level required since a bigger bluff variance is needed. With this in mind, try to enter each game with at least a 25% higher bankroll than your opponents. It may seem like a lot, but it’s required to maximize GTO in poker.

Breaking even and GTO

Breaking even occurs when players end on $0, meaning they don’t lose or win anything. GTO doesn’t aim to do this, but if another player also utilizes the theory against you, the worst-case scenario is breaking even. Game Optimal Theory allows you to defend yourself from losses and exploit at the same time – albeit not profiting as much as other strategies would do.

Want to play poker online? With endless poker variations and games happening 24/7, BetMGM is regarded as one of the best online poker sites.