The Story Behind the Famous “Dogs Playing Poker” Painting 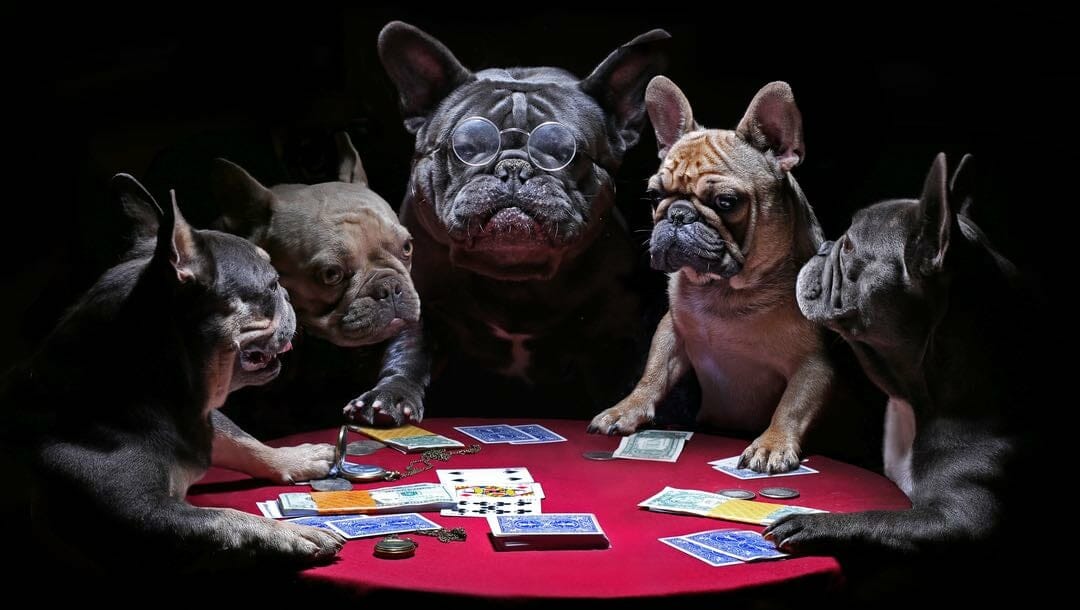 There are a few things quintessentially “poker” – Las Vegas, the “poker face,” and, of course, the iconic painting of a group of dogs smoking cigars and playing poker. But have you ever stopped to think about where this painting came from and what made it so very famous?

Whether you play online poker, casual poker with friends, or don’t play at all, chances are that you’ve come across this famous painting at some point. What may surprise you is that the painting in your mind may not even be the same for every reader! Why? Because Dogs Playing Poker refers not only to one painting but to a series of artworks!

Now we know your interest has been sparked, so join us as we take a look at the story behind this famous collection of paintings.

Inspiration for the collection

Cassius Marcellus Coolidge painted Poker Game, an oil painting featuring four bespectacled Saint Bernards sitting around a poker table, drinking whiskey, smoking cigars, and, of course, playing poker. It was painted in 1894 and was the first of a series of 18 paintings, 10 of which featured anthropomorphized dogs playing poker.

Poker Game was self-standing for almost ten years, at which time Brown & Bigelow, a Minnesota-based publishing company, commissioned Coolidge to create 16 oil paintings to advertise cigars. Nine of the commissioned works depicted dogs playing poker, while the other seven featured dogs enjoying other distinctly human activities such as ballroom dancing, reading the mail and watching a football game. The final piece, Looks Like Four of a Kind, was painted in 1910, bringing Coolidge’s total number of artworks to 18.

Other famous works in the collection include A Bold Bluff, Station and Four Aces, Poker Sympathy, Sitting up with a Sick Friend, Waterloo and New Year’s Eve in Dogville, among others. These artworks were used for promotional posters, calendars (which became particularly popular) and prints to advertise cigars and were thus designed to appeal to a range of buyers. Characterized by a discreet sense of humor, Coolidge managed to find his works in millions of homes nationwide. 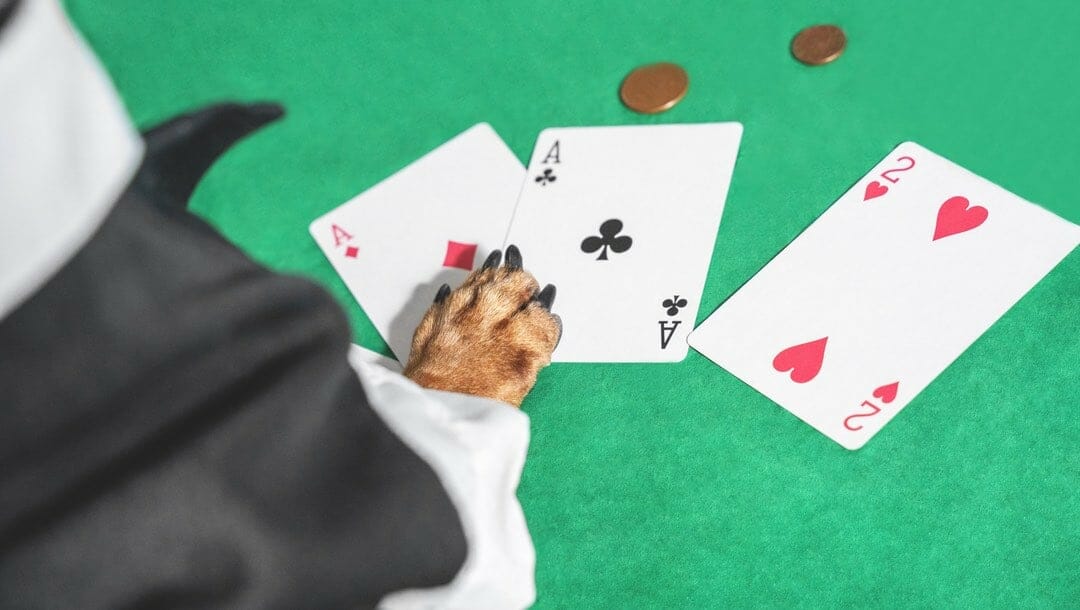 The Dogs Playing Poker series displayed a number of dogs (many of which were Saint Bernards, as per the original) with expressive faces, smoking pipes, whiskey glasses, playing cards and poker chips. With human-like features, each dog was made to represent the various characters you may find when playing poker games online or in person.

The most famous of the collection is the 1903 painting A Friend in Need, showcasing a casual game of poker between friends and a bulldog slipping an Ace to his partner. The painting was endlessly reproduced in calendars (proving to be massively successful) and becoming etched in American pop culture for generations to come. Though the original has never been up for sale, it is thought to be worth millions of dollars, with less popular works selling for up to $590,400.

The controversy is that, despite their incredible success, because they were originally intended for advertising purposes, these paintings were harshly criticized by art critics and never considered genuine art!

The most famous American artist you’ve never heard of

Coolidge, despite having had no formal training, had a talent for creating playful and surreal illustrations, which he sold to various magazines. Born in 1844, the young artist tried a number of careers before achieving the success he later became known for. From sign painting and newspaper publishing to banking and working in a pharmacy, Coolidge was able to develop a career from his passion and became an in-demand illustrator.

While now considered iconic, Coolidge (who often signed his works as “Kash Koolidge”) remained largely unknown and has been said to be “the most famous American artist you’ve never heard of.” According to art historians, Coolidge was the developer of what we now know as “comic foregrounds” – the inspiration for the cartoon murals at carnivals people stick their heads into to take funny photos.

The legacy of Dogs Playing Poker

While it is said that these paintings were modeled on the compositions of works by artists such as Cézanne, Caravaggio and Georges de La Tour, the jury is still mixed regarding their legitimacy in the art world. While the line between art and pop culture remains blurry, the success of the Dogs Playing Poker collection is indisputable.

Despite not being a “serious” work of art, Poker Game was sold for $658,000 in 2015. The collection has since become a classic yet kitsch decoration, having been repeatedly reproduced, modified and referenced. References to the paintings have shown up on Snoop Dogg music videos, in the Disney Pixar film Up, and a number of TV shows, songs and plays. In fact, Brown & Bigelow continues to sell Coolidge prints online to this day!

Play at the best online poker site in the USA