The Best Female Gamblers of All Time 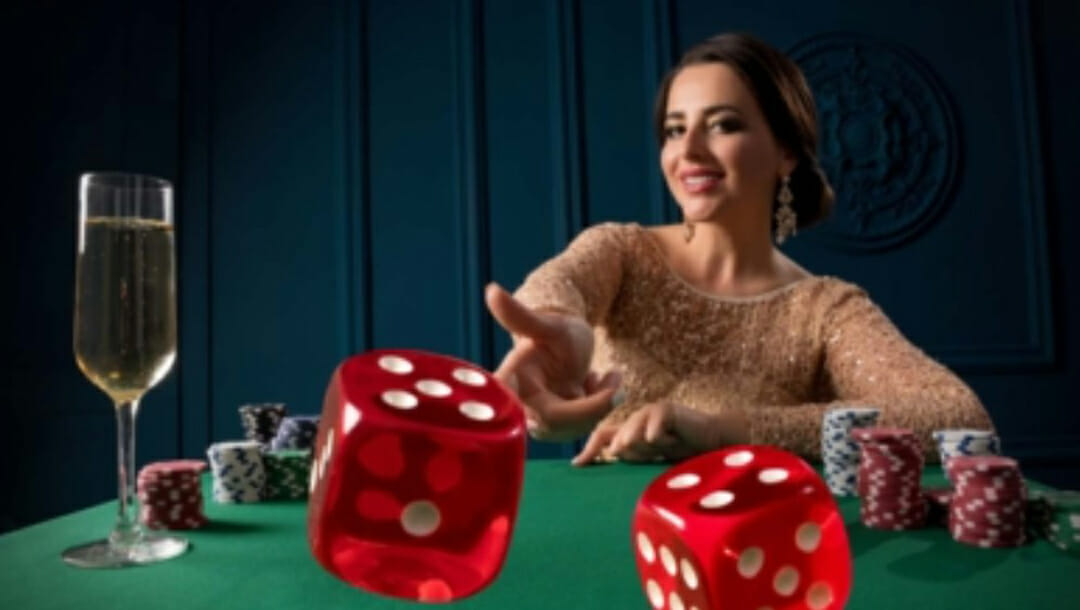 More women play casino games for fun than ever before, thanks largely to the online casino industry. There are two main reasons for this. First, digital technology allows women to integrate online casino games into their busy schedules. Before the internet enabled this possibility, few women could make time for gambling between work and family obligations, but now anyone can play casino table games and online casino slots on their mobile device.

Second, gambling used to be a totally male-dominated activity. Women’s role – some perceived – was just to make the casino “look pretty.” Sure, they could enjoy a pull on the slots lever if they got bored, but the serious casino table games such as blackjack and poker were seen to be more the preserve of men. This stereotype was based on prejudice – women had to prove they were equal to men to be taken seriously. As always, of course, they rose to the occasion.

In this blog, we’ll look at what the future holds for women in poker by reviewing five inspirational female gamblers who’ve mastered and made millions from the toughest game of all – live poker.

The best female poker player in the world today is Vanessa Selbst. Her impressive career includes three World Series of Poker (WSOP) bracelets and top finishes in multiple high-end tournaments. She’s also made the most money of any professional female poker player, with live tournament earnings of almost $12 million to date.

Born in 1984 in Brooklyn, New York, Selbst graduated high school and went on to study political sciences at Yale, which is where she first discovered poker. She had her first big score in live tournaments back in 2006, when she placed seventh at a WSOP side event and won $107,000. The following year, she finished third in the $5,000 Heads-Up Championship at the World Series. Her first WSOP bracelet came in 2008 after she outplayed and outlasted 759 entrants in a $1,500 pot-limit Omaha event.

From then on, Selbst’s successes snowballed. In 2010, she won more than $2.5 million in eight months. She won two more WSOP bracelets in 2012 and 2014. Wins at the 2013 PokerStars Caribbean Adventure High Roller tournament and the 2015 Super High Roller Celebrity Shootout were good for $1.4 million and $1 million, respectively. She was also part of Team PokerStars from 2010 to 2017.

One thing Selbst never lost focus of was the importance of education. Even when she was winning big at poker tournaments, she kept up her studies, earning a law degree from Yale in 2012. When she quit poker in 2017, she joined a hedge fund, where her poker skills came in handy. After all, both professions demand the ability to keep a cool head, assess risks and deal with ups and downs! This holds true whether you’re playing poker in a tournament or at a live casino online.

The first woman to win a million playing poker

Kathy Liebert is a top professional female poker player with many firsts to her name. Born in October 1967 in Nashville, Tennessee, she grew up on Long Island in New York. Liebert graduated college with a Bachelor’s degree in business and finance, but after a while decided that the corporate world was not for her – so she started playing poker. Having moved to Colorado for skiing, she began to play $5-limit poker for fun. She did so well at the tables that the casino invited her to become a prop (“proposition”) player. This gave her the time to hone her skills and read a lot of poker books.

Something must have clicked inside Liebert’s brain because she placed second at her very first poker tournament – an Omaha hi-lo event in Las Vegas. After that, she never looked back. In 2002, Liebert made history as the first female poker player to win $1 million at the PartyPoker Million event. She’s been at the World Poker Tour (WPT) final table five times. In 2004, she took home a gold bracelet in a $1,500 limit Texas Hold’em shootout event at the WSOP. She placed third in the 2005 Borgata Poker Open and came second to Steve Brecher in the 2009 Shooting Stars tournament, after the longest final table in WPT history. To date, Liebert’s prize money winnings total more than $5 million.

Annie Duke was born to play casino games – her family are all poker players. Her brother, Howard Lederer, is a professional poker player, while her sister, Katy Lederer, has published a book entitled Poker Face: A Girlhood Among Gamblers. Duke herself started playing seriously in 1992. She quit the University of Pennsylvania a month before she was due to defend her Ph.D. work in psycho-linguistics, so her brother urged her to take up professional poker. He coached her and bankrolled her until her skills improved. She signed up for the WSOP just two years later in 1994, finished 13th and took home $70,000. Duke never looked back from that point.

In 2000, Duke placed 10th in the 2000 World Series of Poker Main Event. Eight months pregnant with her third child, she missed the final table by one place. In 2002, she began to work for a software company producing live online casino games. Then came her big year – 2004. At WSOP that year, she eliminated her brother from four different events and won the WSOP Tournament of Champions – a 10-player invitational with a winner-takes-all prize of $2 million! It was the most money a female poker player had ever won at a single event. Duke also won a gold bracelet in the $2,000 Omaha Hi-Lo Split 8 and came first in the 2004 WPT $2,500 Limit Hold’em event.

By the time Duke retired from the game in 2012, she’d won more than $4 million. Today, she is a corporate speaker, consultant and published author. Her book, Thinking In Bets: Making Smarter Decisions When You Don’t Have All the Facts, was a bestseller. Her latest handbook is titled How to Decide: Simple Tools for Making Better Choices. Duke has also co-founded the Alliance for Decision Education, a non-profit dedicated to empowering students through decision-skills education.

Annette Obrestad is the youngest ever player, male or female, to win a WSOP bracelet. Born in 1988 in Sandnes, Norway, she started playing online poker at the age of 15 under the nickname “Annette_15.” She was too young to deposit money and played freeroll tournaments instead (tourneys with no entry fees,) where she won big, raking in more than $500,000 on PokerStars, $200,000 on UltimateBet and $136,000 on Full Tilt Poker by 2007.

As soon as she turned 18, Obrestad turned professional and started entering live poker tournaments. Soon she won a $4 buy-in sit-and-go event against 180 other players by playing position and watching the other players. Not long after that, she placed second in the PokerStars European Poker Tour Dublin event and won $431,184. Obrestad’s first really big win, though, came just before her 19th birthday, when she took home a World Series of Poker Europe (WSOPE) bracelet – along with prizes worth $2.01 million – even more than Annie Duke’s $2 million win in 2004. The poker world was shocked – never before had such a young player won such a big prize!

As of 2022, Obrestad’s total live tournament winnings exceeded $4.5 million. But that’s not all – she also has a career as a YouTuber, sharing make-up tips from her home in Vegas. Her channel has more than 46,000 subscribers.

The poker queen of Texas

To this day, nobody knows what her real name was, but Lottie Deno will always be remembered as the first notorious poker-playing woman. Born in 1844, she left her native Kentucky and traveled far and wide under various names, including Carlotta Tompkins, Mystic Maud, and the Angel of San Antonio. Ultimately, she settled in Fort Griffin Flat, “the toughest little town in Texas.”

The way she got the name “Lottie Deno” is part of a gambling legend. It was the Wild West and men were prejudiced against women on the whole, but she was tough enough and smart enough to make her mark in the gambling saloons. One night, she won every hand of poker from every gambler foolish enough to think he could beat her. After playing and winning the last hand of the last game, she heard a drunken cowboy holler from the back of the saloon, “Honey, with winnings like them, you oughta call yourself Lotta Dinero!”

Lottie Deno used her nickname to protect her pious family from knowing that the money she sent home to Kentucky came from gambling. They believed she’d married a wealthy Texas cattleman. What’s more, they never got wise to her ruse, because she never went back home! Instead, she carved out a career as a gambler of genius from 1860 to 1880. When she beat the legendary “Doc” Holliday, people started calling her the Poker Queen. Lottie Deno’s winnings allowed her to live in comfort until the ripe old age of 89.

Head to BetMGM for the best online casino games

If you’re interested in casino table games such as poker and roulette, BetMGM offers a safe environment for you to find your feet and learn how to bet within your limits. More advanced options include live dealer casino games, where you’ll get to enjoy live real-time action with a live dealer. You can also join tournaments against other players for competitive fun at our online casino – and even play online slots to relax between rounds.

Discover our top tips for popular online casino games when you register at BetMGM!